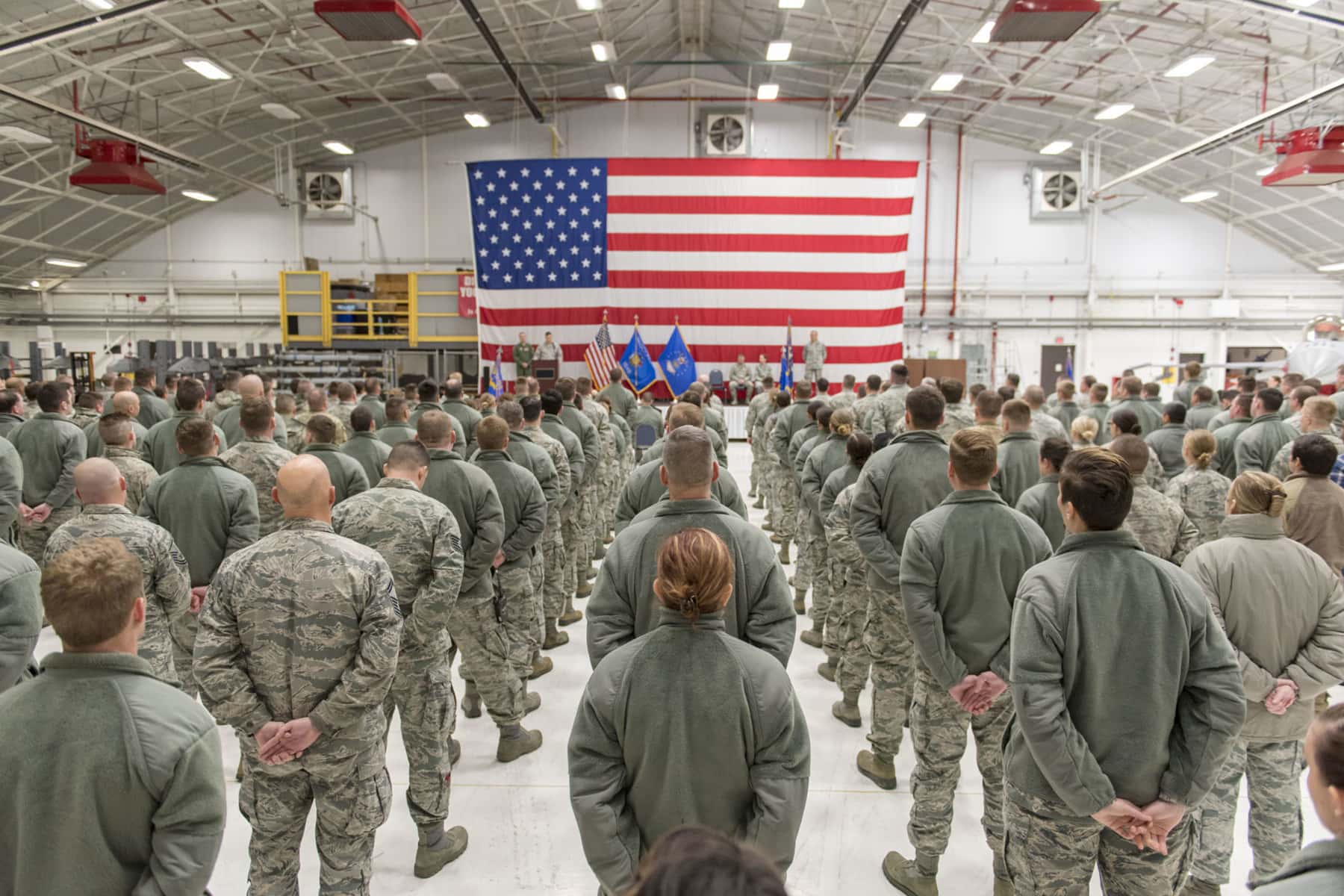 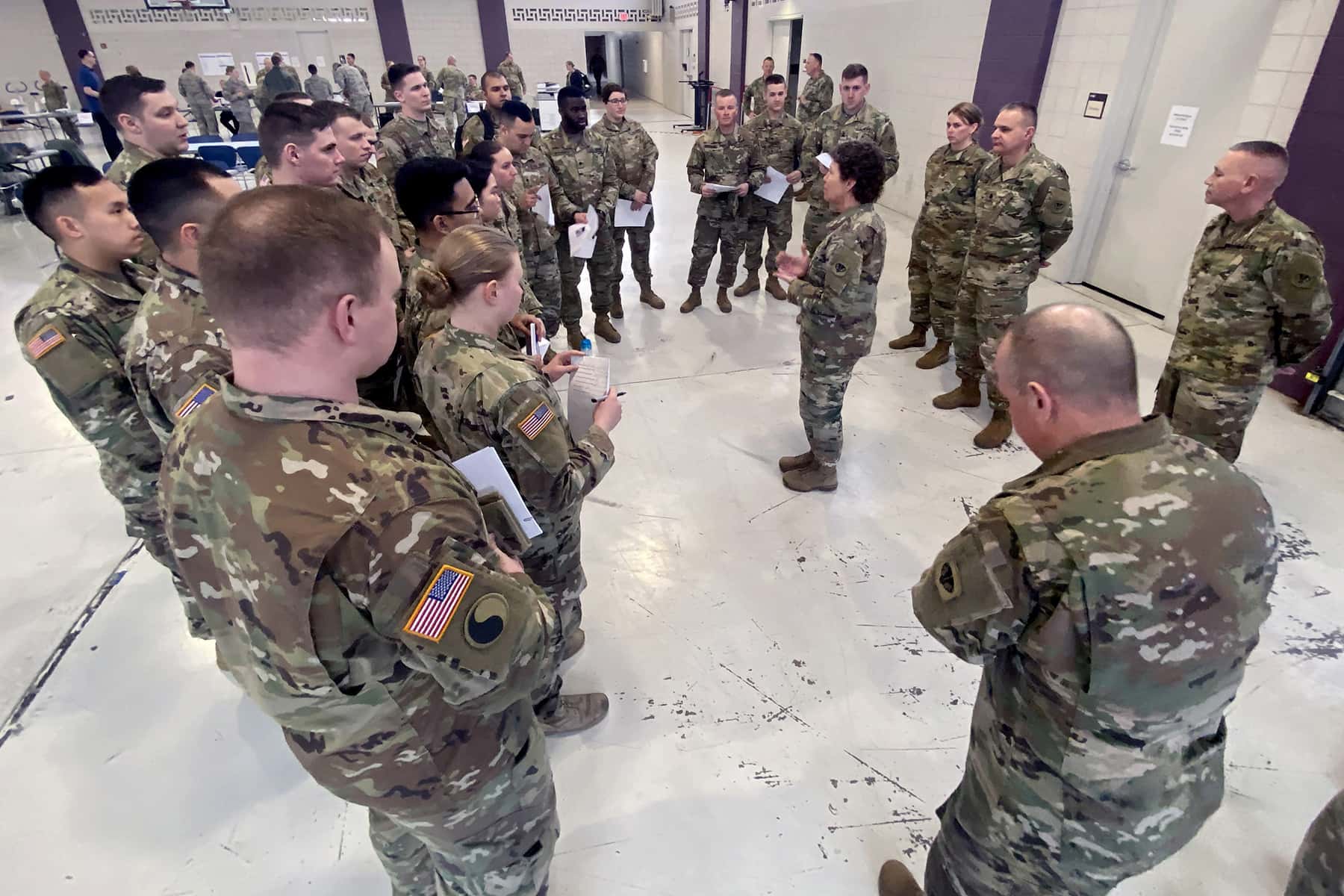 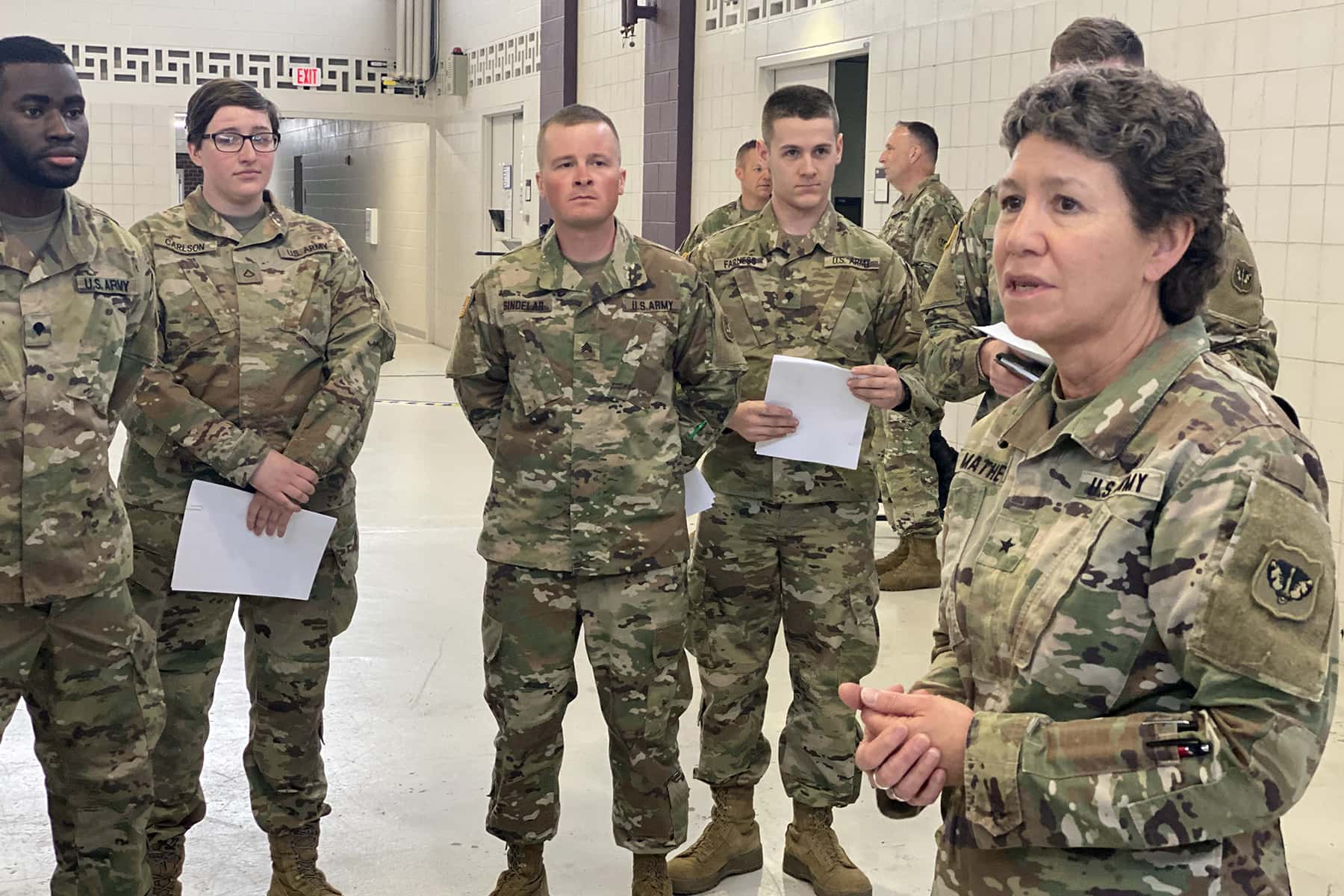 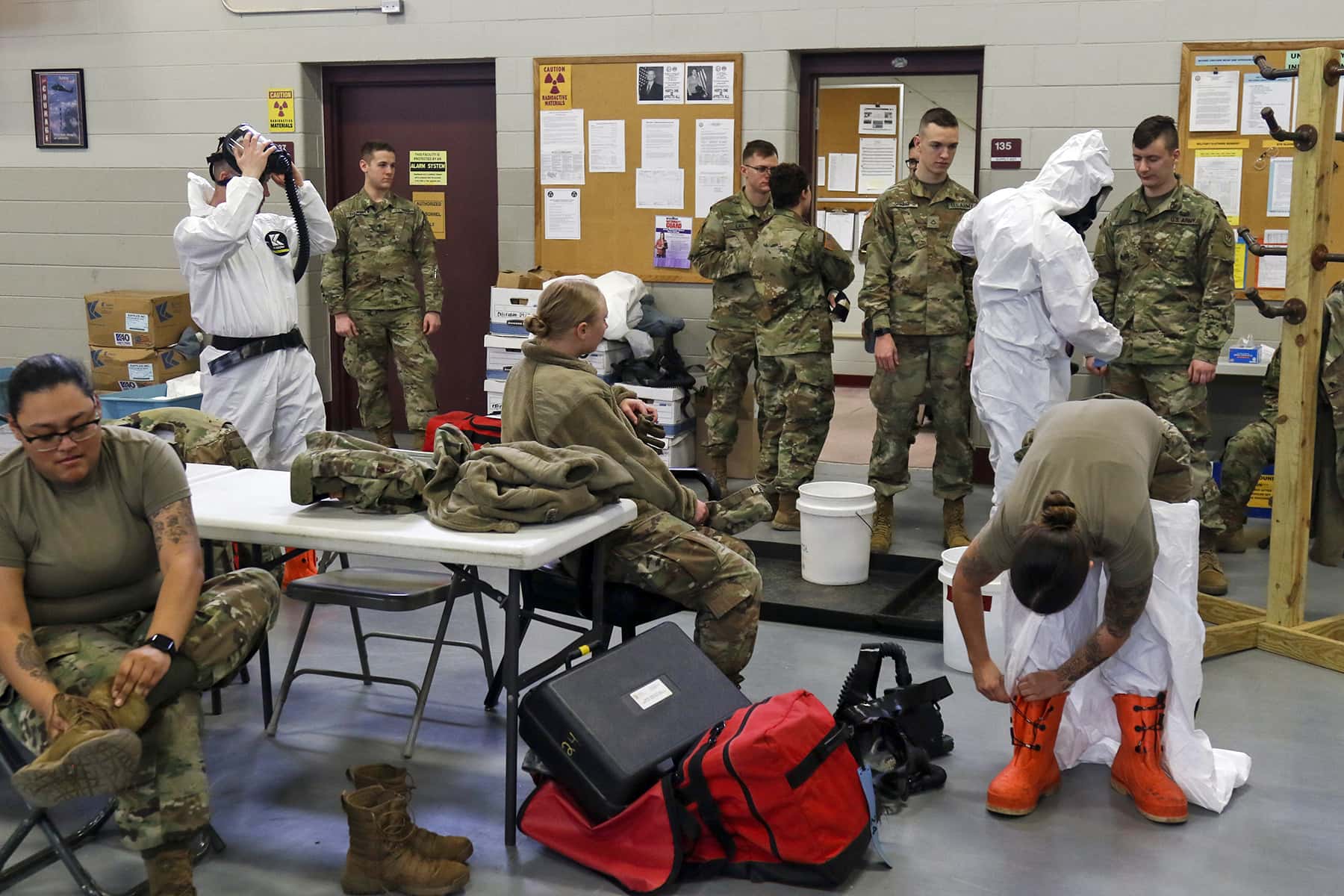 Local Citizen Solders and Airmen from the Wisconsin National Guard serving on state active duty have been deployed to support the state’s response to the COVID-19 pandemic.

Since Governor Tony Evers declared a public health emergency March 12, the Wisconsin National Guard has utilized 350 members to complete a number of missions that brought aid and assistance to the state and the Wisconsin Department of Health Services.

“Serving our state and fellow citizens during times of emergency is one of our core missions in the Wisconsin National Guard,” said Major General Paul Knapp, Wisconsin’s adjutant general. “We’re neighbors helping neighbors and will continue to assist the state in any way we can with this all-of-Wisconsin effort.”

On March 25, Wisconsin National Guard troops transported a load of donated personal protective equipment (PPE) to a warehouse facility for the state’s use. Troops have remained at the location to assist with PPE handling and warehousing operations.

A team of six medics dispatched to a senior living facility in Grafton, Wisconsin, completed their three-day mission to augment staff there after a COVID-19 outbreak at the facility resulted in a temporary staffing shortage. That mission concluded late March 23.

Meanwhile, a small team of Wisconsin National Guard planners and project managers have been working with the Wisconsin Elections Commission to assist elections officials in planning for logistics considerations and help ensure the state can hold its upcoming election April 7. Among the considerations, the Guard may assist with procuring and distributing hand sanitizer, wipes, spray bottles and other needed supplies to polling sites to ensure the election can be held safely.

A group of 29 citizens returning from a cruise ship with confirmed COVID-19 cases returned to the Wisconsin National Guard’s Volk Combat Readiness Training Center in Camp Douglas, Wisconsin, where National Guard troops were waiting to transport them to their homes for self-quarantine. A second group of four additional passengers returned late March 20.

The Wisconsin National Guard continues to work hand-in-hand with its partners across state government to anticipate other potential requests for assistance. Many of the National Guard troops called to state active duty are medics or medical professionals, while many others are versed in decontamination processes. Guard personnel are actively training and preparing for a potential specimen collection mission that could be established at mobile testing sites around the state, should the state need that resource.

Second Lt. Arianna Schmitz of the Whitewater, Wisconsin-based 457th Chemical Company explained how service members were being trained to assist the public if needed.

“Today, we’ve been setting up getting our Soldiers trained,” Schmitz said. “So when it comes time, and we are with the public, we are ready to assist the Wisconsin Department of Health Services. We will be aiding in taking sampling and screenings of specimens of people that have been deemed a high risk. That way we can determine if they have tested positive for the Coronavirus or not.”

Pfc. Alex Spring, also a 457th Soldier said the Guard is honored to help in any way, and hopes the Guard’s presence is one that puts people at ease.

“We have a uniform people know and trust with information and we are actively trying to keep people safe throughout the state of Wisconsin,” he said.

A number of medical professionals are also on state active duty as ready resource of medical surge capacity, if needed. Major Shawn Murphy, a Senior Physician Assistant with the Waukesha, Wisconsin-based 135th Area Support Medical Company, is confident in the flexibility the National Guard holds while giving aid to the citizens of Wisconsin.

“We are being prepared to answer the call from Wisconsin Emergency Management,” said Major Murphy. “To fulfill any role we need to do in the National Guard.”

The Wisconsin Guard has also mobilized an array of logistics experts and planners to be in position to support the state with timely and efficient responses, as requested by the state.

Lt. Colonel Paul Felician, the Battalion Commander for the 641st Troop Command, agreed, and said he believes there is no higher honor than serving the people of your community.

“To wear this uniform is an honor and to be called upon to serve within the community is perhaps the highest mark of trust we could be given,” he said. “I know that whatever comes we are ready to execute the mission successfully”

The vast majority of Wisconsin National Guard members are Citizen Soldiers and Airmen who hold civilian occupations in their communities as well. 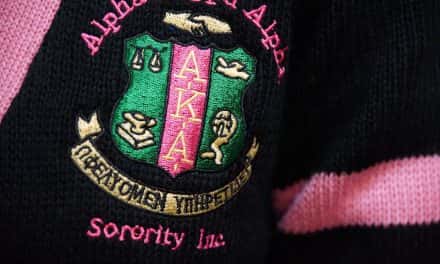 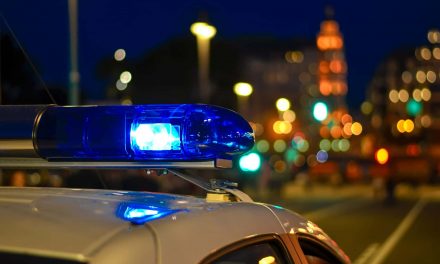 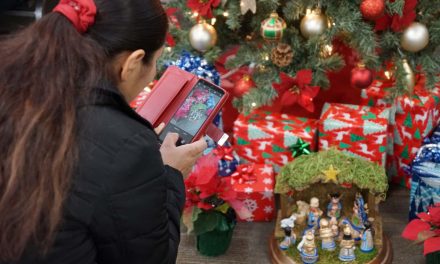 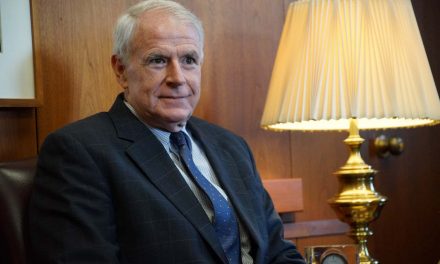