Cinema as a surrogate parent: Outgrowing the shared experience for entertainment in a fragmented culture 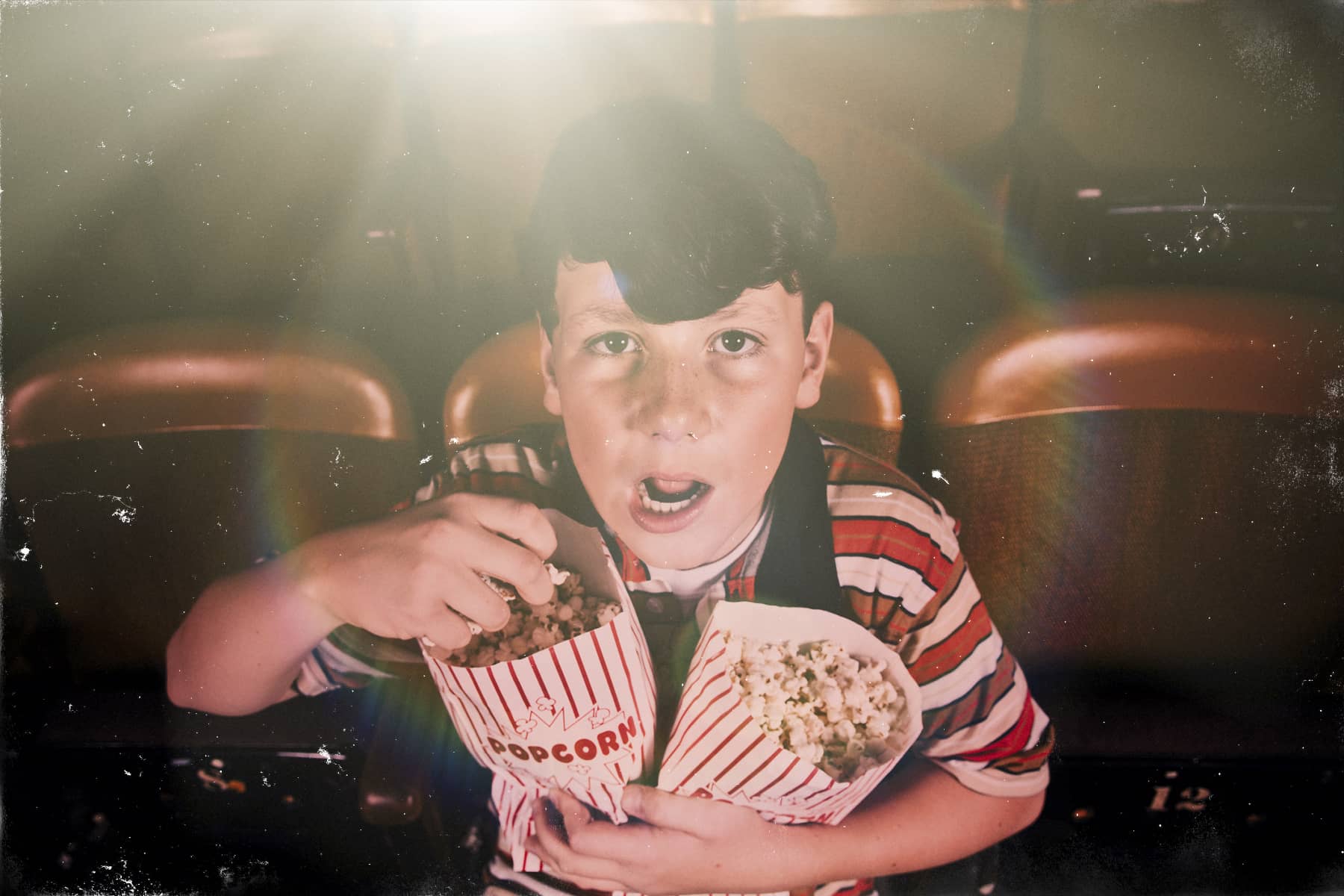 Legendary film director Martin Scorsese has invited a lot of controversy in recent years over the definition of cinema, particularly with his view of the Marvel Cinematic Universe. That opinion has a lot to do with the art of how motion pictures are made, and then experienced by the general public. However, two other forces more disruptive than Thanos are also at work altering the century-old form of entertainment and how it is consumed, streaming and COVID-19.

The world of my childhood existed as a place with three primary television networks, and movie theaters as a place to escape reality for a couple hours. I was surrounded by that environment, which had more or less been established decades earlier, as I came of age.

As I look back at the 1980s, I feel that movies had become a kind of social glue. Church life had already begun to erode its hold on American families, and the spectacular of motion pictures seemed to drive social trends.

In their purest definition, movies are a continuation of the human condition to tell stories. Instead of using firelight in caves to cast hand shadows that recounted mythic tales, we used arcs of electric light to project our imaginations on giant screens – in slightly more comfortable caves known as a Mega Cineplex.

Growing up without parental guidance, and no access to books, movies were both a companion and teacher for me. Everything I knew about life I learned from movies. While it felt helpful at the time, filling the void of my curiosity and desperation for knowledge, I was too young to understand how distorted movies were.

Of course, movies were not real life, especially when it came to fantasy stories. But they offered a refuge from the dystopian reality of my youth. Teen flicks like “The Breakfast Club” or “Pretty in Pink” helped guide my adolescence, and I was not alone. To this day I know people who think love and relationships should be like a 1980s John Hughes movie.

Because I lacked life experience in my youth, or parental direction for context, the only references for emotional expression came from the movies I had seen. That was also reinforced by a shared social habit with my peers, who could each identify with one of “The Breakfast Club” characters.

“You see us as you want to see us, in the simplest terms, in the most convenient definitions. But what we found out is that each one of us is a brain, and an athlete, and a basket case, a princess, and a criminal.”

If I found myself in a situation I lacked the ability to explain, I could always recall a movie where a character faced something similar. In using that as an example, my friends quickly understood because everyone had seen that movie.

Growing up in Atlanta also exposed me to Ted Turner’s pre-cable TV experiments with programming, which meant that in my childhood I had already seen more classic movies than most adults. I could relate to that older generation as well, in conversation, with references to old actors or socially relevant movies from early Hollywood.

The experience of seeing movies was also baked into society, as theaters were mostly located at shopping malls. Before the Internet, socializing online meant going to the mall. A hit movie was always a guaranteed way to pass some of the time with friends.

That experience continued into my adulthood, to see movies on the Friday that new releases opened for the weekend. But with the advent of Blockbuster, the cinema going experience was supplemented by movies on VHS and later DVD. By the time I moved overseas, the lack of access to theaters that showed current American movies, and an abundant supply of those movies digitized to disc, completely disrupted my experience.

In all honesty, I was happy for it. I would watch new movies in the comfort and privacy of my own home. No longer did I need to suffer with a child crying, or people talking during a film. Sitting in a dark room with many awkward strangers was never comfortable for me, or the magical social experience that theater promoters always claimed. But my determination to see movies made such visits a necessity.

When that delivery platform changed, so did the necessity. Sure, theaters will always have a place in society to some extent. We can buy beer and drink at it at home, while listening to music that we stream live. Yet people still enjoy going to bars, and get excited to attend concerts. So too do theaters have a place, but the long-standing social patterns have been radically altered.

Also, in a world now filled with streaming services, I can watch a movie anytime and anywhere. The iPhone in my pocket is not my cinema experience, but it is for many people. And during the height of the pandemic, when much of the world was shut down before the public could access a vaccination, streaming helped keep me entertained during the isolation.

Not only two hour movies, but streaming services like Netflix allowed the consumption of entire TV seasons. Over the course of two weeks I could watch hours of episodes that had originally taken years to broadcast. It really blurred the definition of cinema in my mind, to watch amazing and high quality programs that were motion picture quality, but divided into a dozen hour-long chapters. I can only describe the emotional impact as like being visually immersed in a book without words.

Aside from Scorsese’s issues with the Marvel Universe, I think about what movies are at their core today. Not in an academic sense as someone who studies film, but as someone who has sat in dark theaters as a refuge from daily trauma.

It could be argued that the purpose of movies is not to offer life lessons. They are packaged bundles of escapism, and nothing more than disposable entertainment. That may certainly be the case now, but there is no way to deny the utility that movies offered to society over decades past.

I no longer use movies as references for situations, and I have only ever talked about Marvel movies except in a plot review with friends. Thankfully I have grown up and earned life experiences to draw from, with a better ability to articulate my experiences from memory and not fictional metaphor.

But also, with the fragmentation of entertainment across streaming services and other entertainment platforms – like video games, I do not know anyone who rushes out to see a film on opening day. I do not. In fact, I will not view a new film until after it finishes a theatrical run and is available to rent on iTunes. That means it is nearly impossible to make realtime references to movies like I could in my youth.

There is no longer a shared social experience. In many ways, cinema itself is slowly being replaced by different forms of tribalism. Just like people sat in theaters to avoid sitting in churches in the 1980s, social media viewing from content creators is filling screens originally designed for the cinematic ratio.

One disturbing trend, not necessarily generated by movies but an accomplice to it, involves toxic fandom. For them, perhaps movies are beyond life experiences but life itself. That condition seems to also be connected to some toxic game cultures. I have witnessed some game streams so full of vitriol that it would have been easy to mistake them for a political rally.

Perhaps that has become an unexpected training ground for such violent discourse. Because a secondary byproduct I have experienced is how politics has become a new form of entertainment. Regardless of being in an election season or not, I will hear a discussion about a candidate or policy in a conversation. Those topics have filled the void that once remarked or ridiculed a director’s latest film.

Like the old cinema experience, these political conversations seem to have become a social glue. Only instead of holding society together, it just fractures people into like-minded groups and entrenches a tribal mentality.

As for me, I still enjoy various forms of traditional entertainment. But I gave up needing the cinema as a surrogate parent by the time I graduated college – I was a late bloomer. It does give me pause to wonder about the youth today, who take instruction from youtube videos or political commentaries on loop.

It seems like in our demand for consuming entertainment beyond a few hours of motion picture magic, evolution has left no safe haven to escape our exposure to it. In all its uncomfortable flavors, we are bombarded with a layer of escapism on top of reality, blurring the lines between them.

When we talk about how polarized America is, it should be little wonder why. The informal social institutions that once held us together, or at least provided shared guardrails, have mutated. They have become all that a consumer-based society has dreamed of, only to discover that too much of some things can actually be a nightmare.

For a film reference to illustrate that point, I refer to Violet Beauregarde, Augustus Gloop, Veruca Salt, and Mike Teavee in Gene Wilder’s 1971 classic, “Willy Wonka & the Chocolate Factory.”

In the process of untethering ourselves from convention to reach the freedom of independent choice for our entertainment, we have lost the sense of community that was always a part of that experience.

Our nation was built on community, and it is a simple necessity of civilization for us to survive in community. But it often feels like the pop culture idiom of standing in a room full of people and being alone.

Lacking movies as an example, for better or worse, perhaps this is the lesson that young generations will take for the future. 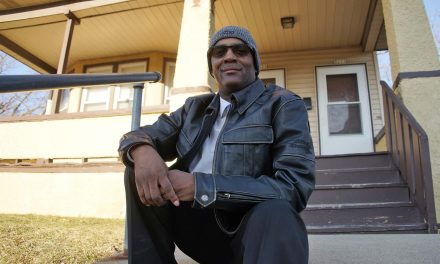 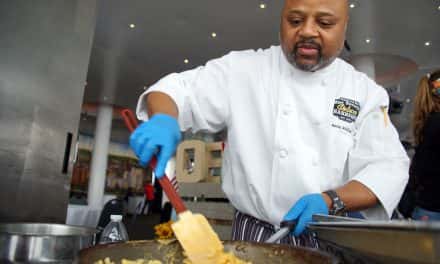 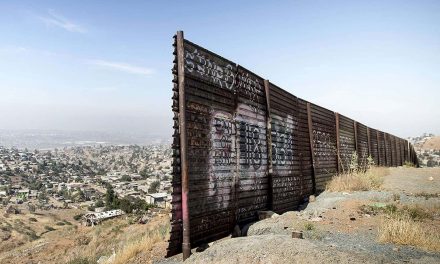 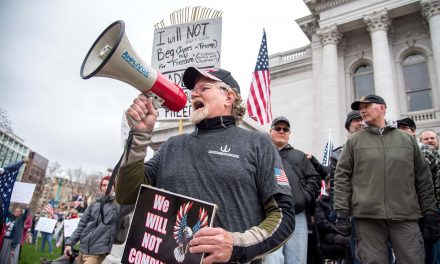