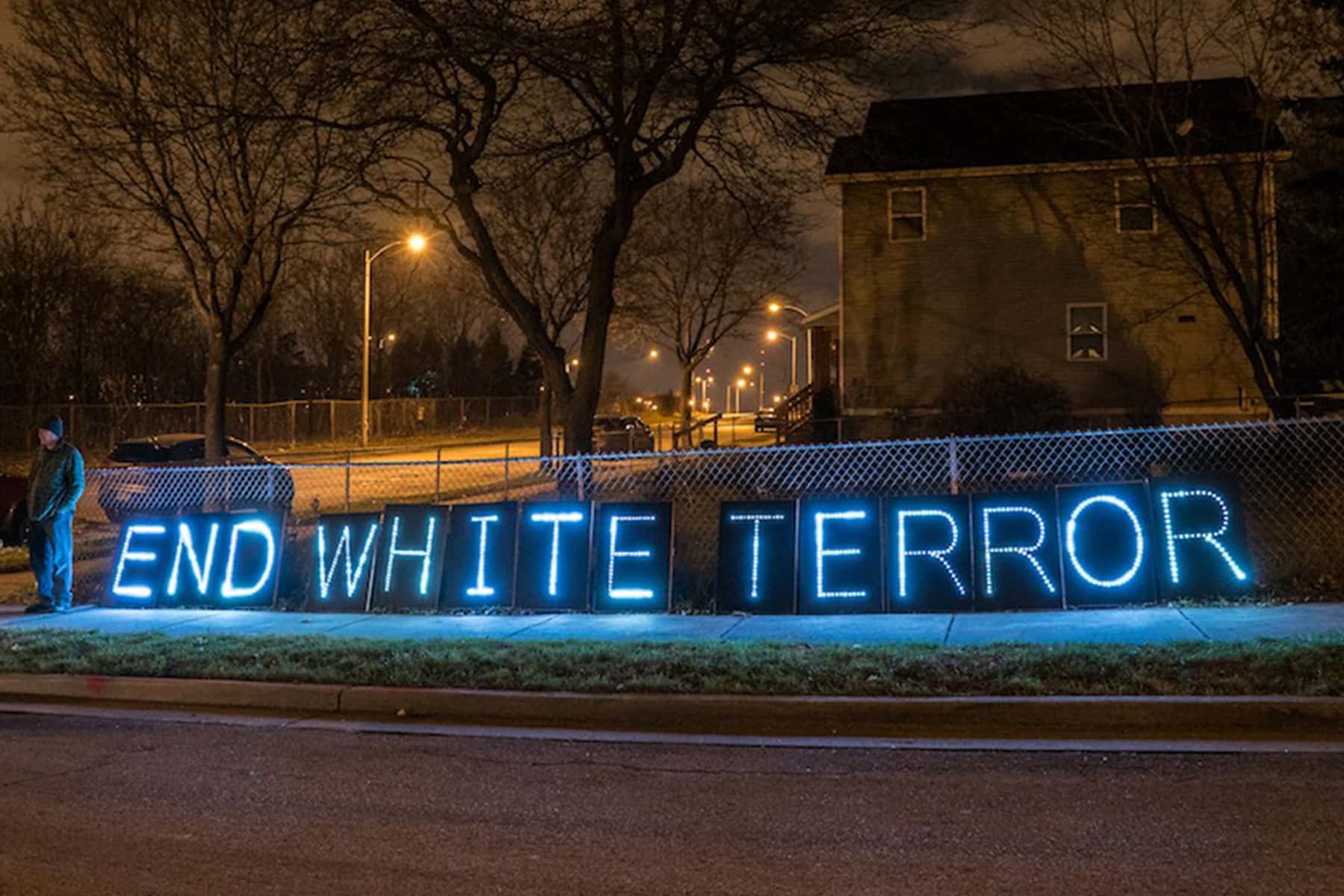 Domestic terrorism now results in more deaths than the foreign kind but the president shows no sign of toning down his rhetoric.

Two menaces have stalked America throughout its history. One is gun violence. The other is white supremacy. In El Paso, Texas, on August 3, they collided. A 21-year-old gunman with a hatred of Hispanic immigrants killed 20 people in a shopping mall in the eighth deadliest mass shooting in American history.

The suspect is believed to have posted online an anti-immigrant screed that praised the killing of 51 people in Christchurch mosques in New Zealand in March. Less than 13 hours later, nine people were killed in Dayton, Ohio, in a second mass shooting.

But there was no televised appearance from President Donald Trump, who attempted to wash his hands of the hate crime in a few tweets. There is a need for caution when drawing a direct line between politicians and heinous acts: the Columbine high school massacre happened under President Bill Clinton, the Orlando nightclub shooting under Barack Obama. But the lone gunman theory is often a way of refusing to grapple with underlying motives. For those who live with violence and its consequences in their communities every day, context matters.

Trump has spent the past month stoking racial resentments, tweeting that four U.S. Congresswomen of color should “go back” to their countries, holding a rally where the crowd chanted “send her back!” and deriding the majority African American district that contains part of Baltimore as “a disgusting, rat and rodent infested mess.”

Inflammatory words matter in a country that has more guns than people. Tragically, shootings have become as American as apple pie. Dayton was the 22nd mass killing in America this year. America has by far the highest gun ownership rate in the world. Time and again Congress refuses to act. Not even the shooting that killed 20 students and six teachers at Sandy Hook elementary school in Newtown, Connecticut, in 2012 led to meaningful reforms, even though a sympathetic president, Barack Obama, was in the White House.

Then came Trump. The National Rifle Association (NRA) was a key part of his coalition, spending $30m to help him beat Hillary Clinton. He has resisted basic measures such as signing background checks for gun sales into law. A promise to defend the second amendment, the right to bear arms, always rouses one of the biggest cheers at his campaign rallies. Trump wildly exaggerates plans for gun control by Democrats.

In addition, Trump has fomented a toxic discourse around immigration and race. He questioned Obama’s birthplace, launched his election campaign with talk of Mexican “criminals” and “rapists” and drew moral equivalence between white supremacists and anti-fascist protesters in Charlottesville, Virginia. He has used the word “invasion” numerous times when tweeting about the US-Mexico border; the gunman in El Paso, in a “manifesto” being linked to him, complained of a “Hispanic invasion of Texas.”

“In general, I support the Christchurch shooter and his manifesto. This attack is a response to the Hispanic invasion of Texas. They are the instigators, not me. I am simply defending my country from cultural and ethnic replacement brought on by an invasion. Some people will think this statement is hypocritical because of the nearly complete ethnic and cultural destruction brought to the Native Americans by our European ancestors, but this just reinforces my point. The natives didn’t take the invasion of Europeans seriously, and now what’s left is just a shadow of what was. My motives for this attack are not at all personal. Actually the Hispanic community was not my target before I read The Great Replacement. This manifesto will cover the political and economic reasons behind the attack, my gear, my expectations of what response this will generate and my personal motivations and thoughts.”

Words matter. The President of the United States has for years been engaging in use of the language common to the white supremacist movement, and particularly the rhetoric of “The Great Replacement” (the notion that whites are being replaced by minorities). While ultimate responsibility lies with the shooter himself, the President through his language and constant attacks on minorities and immigrants has created fertile ground for the kind of white nationalist terrorist attack that happened in El Paso on August 3. 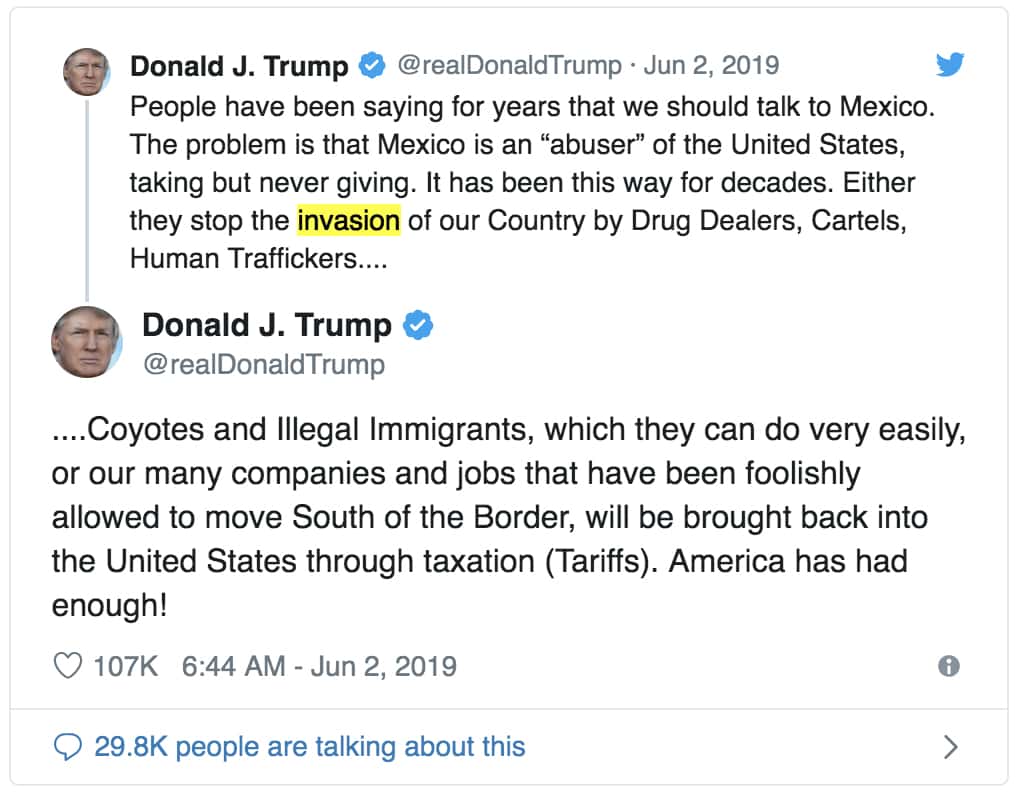 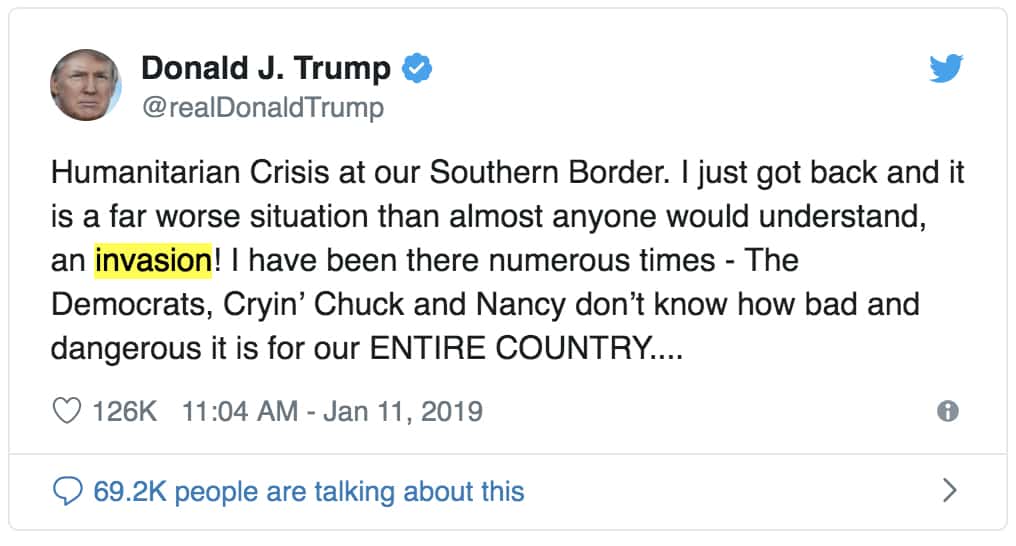 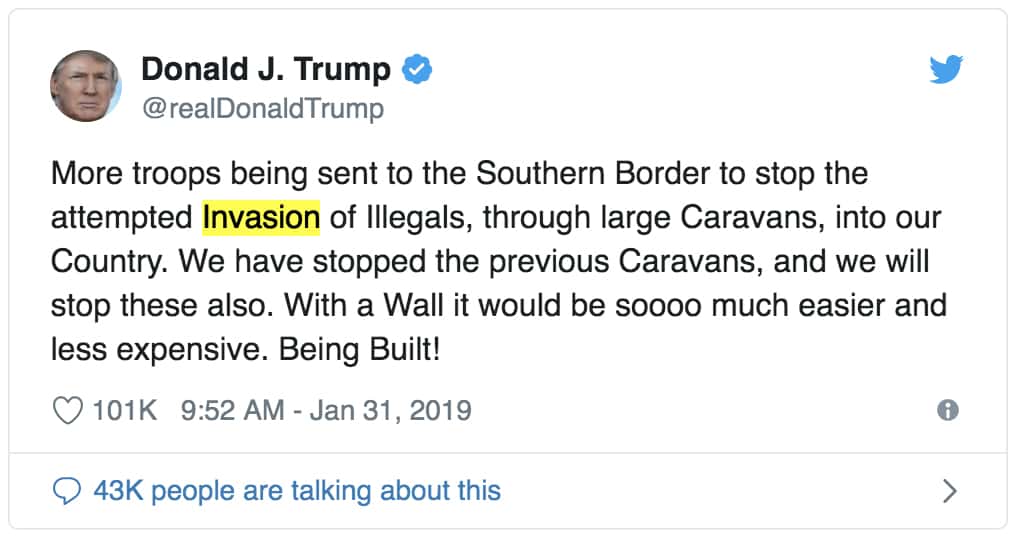 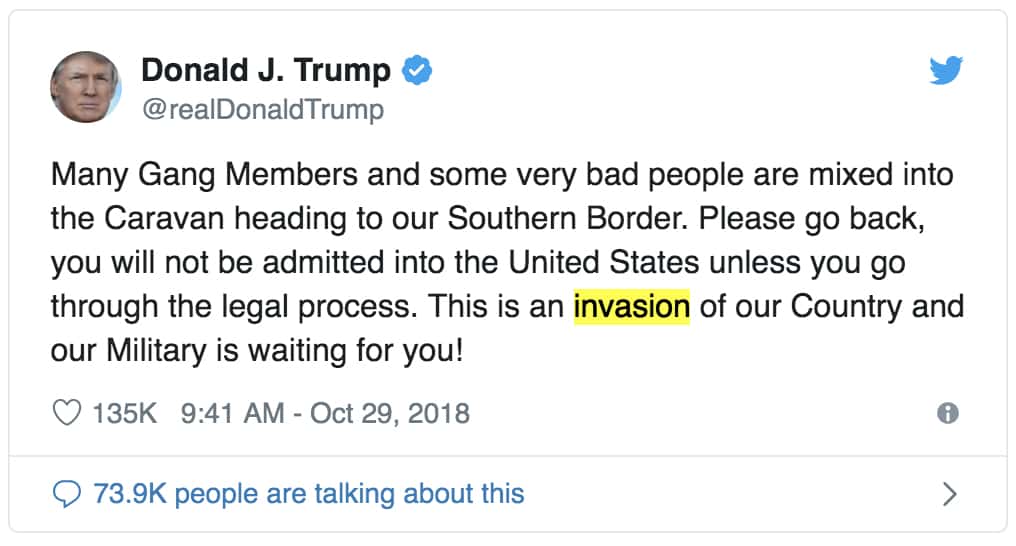 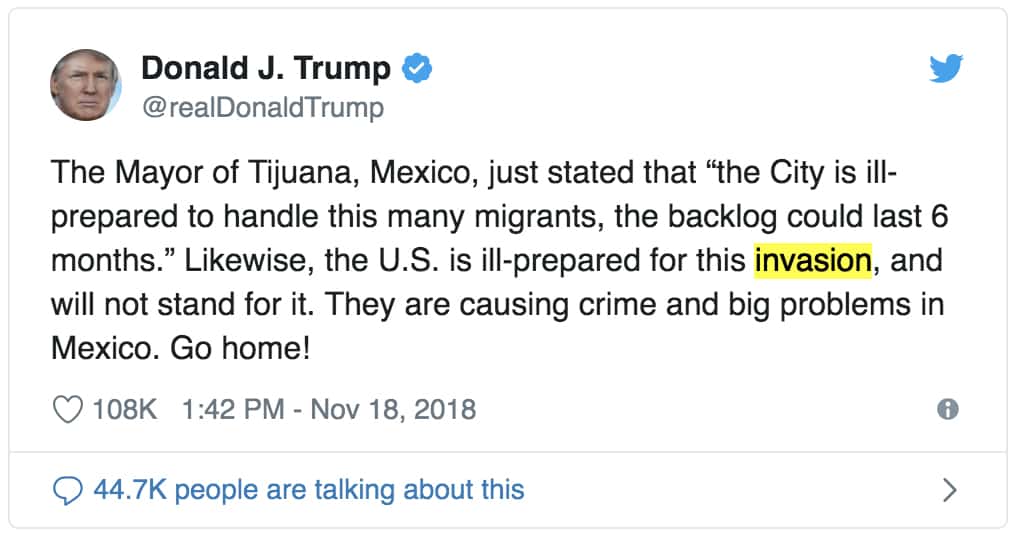 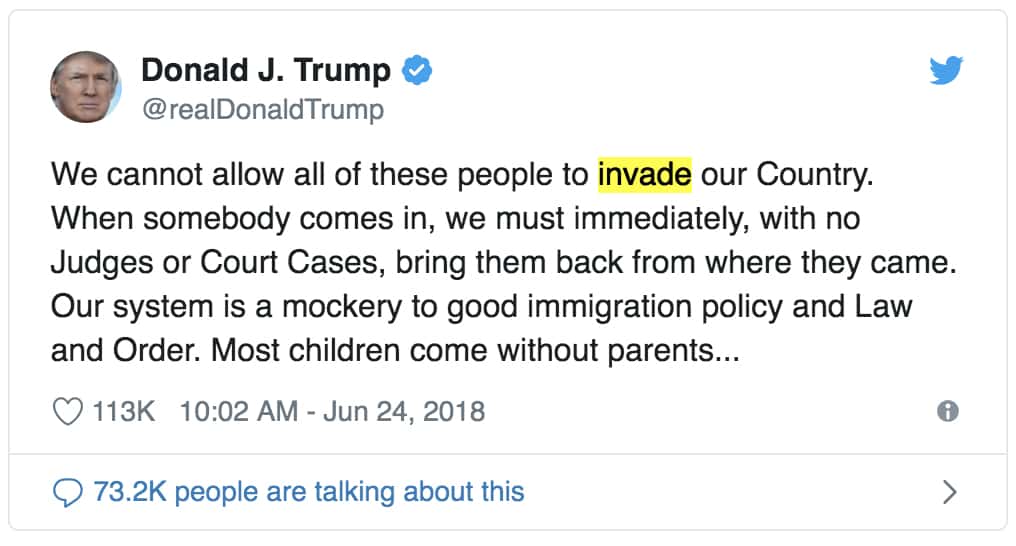 White nationalist terrorism is now a real danger, yet it receives a fraction of the attention of Islamist extremism. The FBI director, Christopher Wray, testified last month that the bureau has recorded about 100 arrests of domestic terrorism suspects in the past nine months; many were linked to white supremacist violence. Trump’s critics say he is fanning the flames of bigotry.

Trump believes the rhetoric worked for him in 2016, not with a majority of Americans (he lost the popular vote), but with the white-majority states that were crucial to his victory in the electoral college. The past month – where has doubled down on race baiting and launched unprecedented racist attacks on Democrat politicians of color – strongly implies he will try the same approach in 2020 but perhaps go even further. The election looks set to be the most explosive in living memory.

But, gun control activists say, this is no time for despair or surrender. The NRA is currently in a state of disarray, plagued by internal feuding and financial strife. House Republicans suffered a hammering in last year’s midterm elections, driven by an anti-Trump backlash. Voters can make a difference in 2020, not only in the White House but, crucially, in the Senate. As Nelson Mandela once observed, it always seems impossible until it is done. 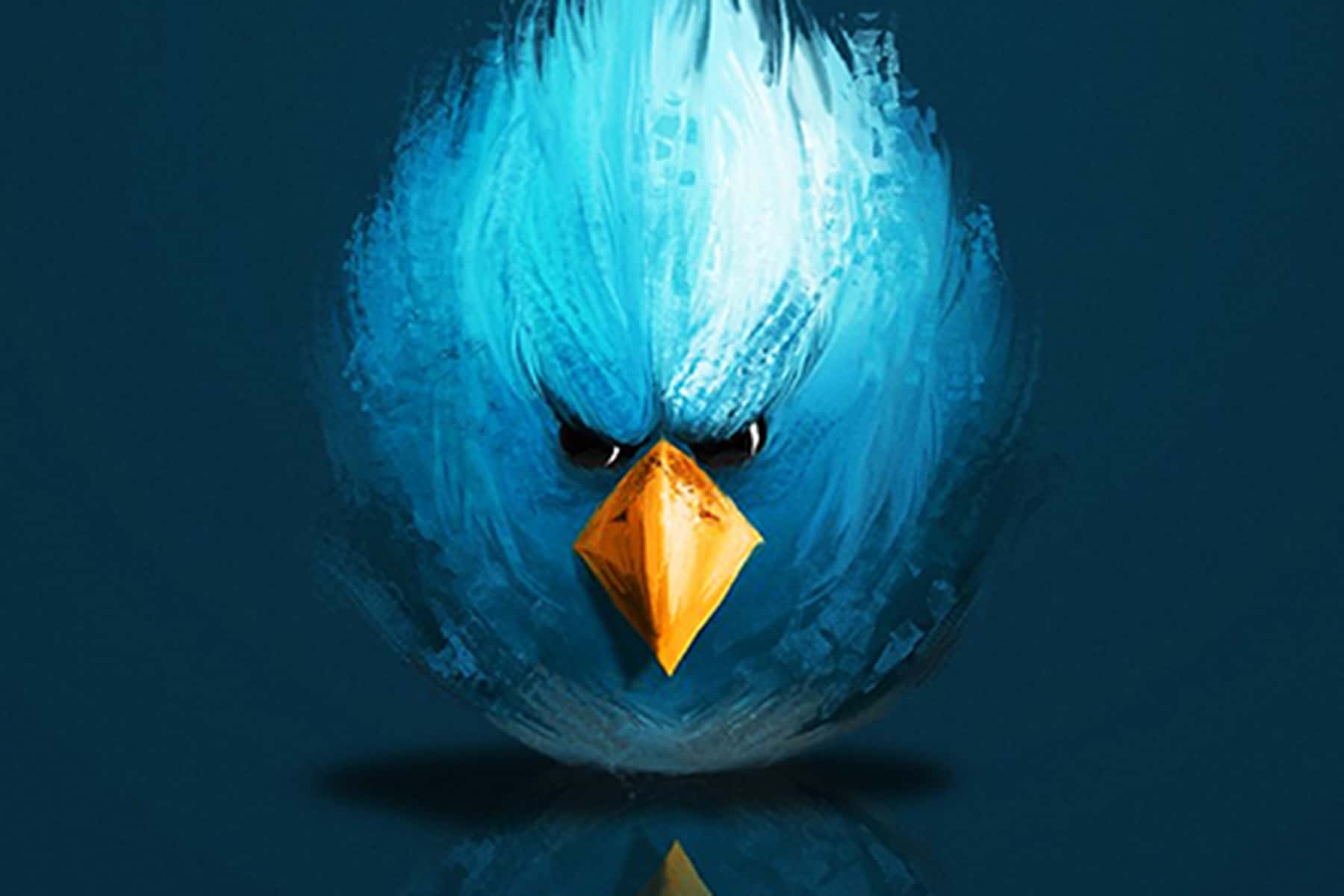 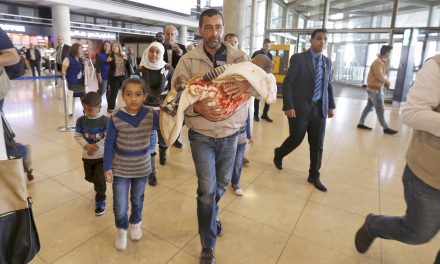 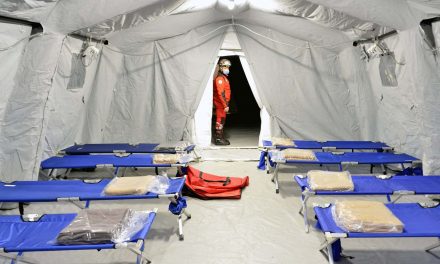 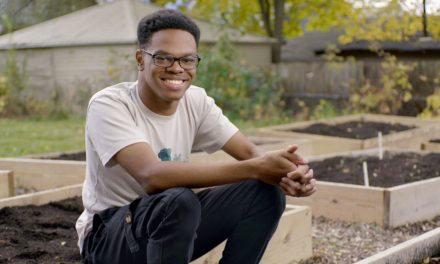 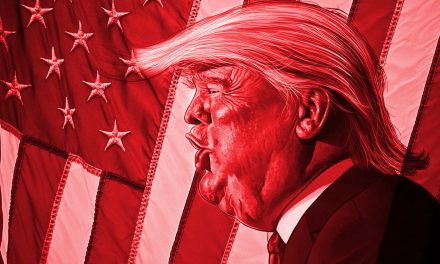