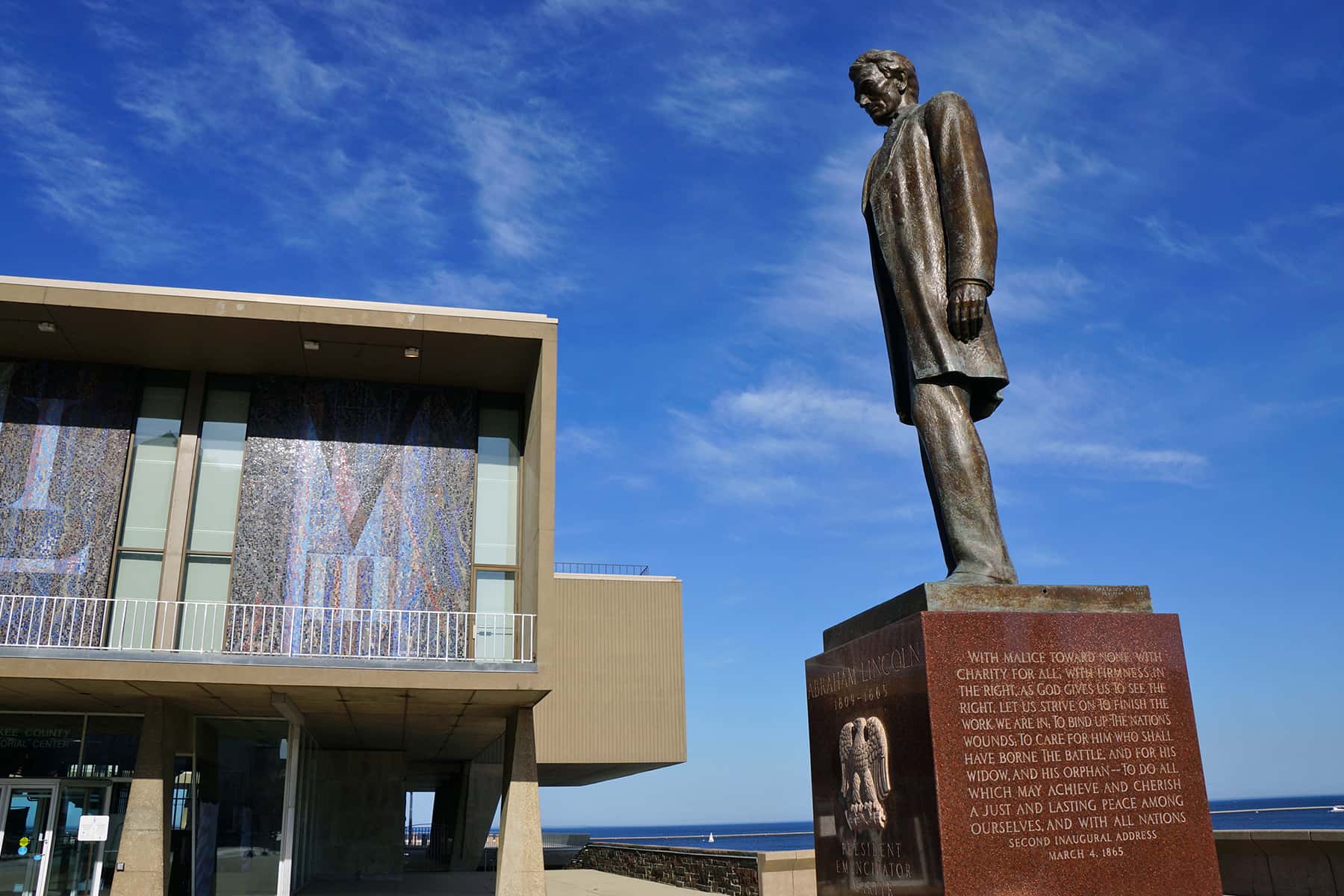 September 16 marks the 85th anniversary of the original installation and dedication for the bronze statue of President Abraham Lincoln along Milwaukee’s Lakefront.

A movement to provide the City of Milwaukee with a suitable monument to the life of Abraham Lincoln began in 1916. A meeting of citizens was called at the City Council Chamber by Mayor Daniel W. Hoan. The plan outlined at this meeting was to form a committee of one hundred citizens, out of which an executive committee of twenty five was to be chosen. Articles of incorporation for the Abraham Lincoln Memorial Association were later filed with the Secretary of State in Madison, Wisconsin, on April 12, 1917.

A campaign to raise money by popular subscription began. The idea was that, since the life of Abraham Lincoln provided a lesson to the younger generations as to an admirable American life of hard work and perseverance, every school child should be permitted to donate its pennies to the fund and thus stimulate a personal interest in the monument.

Also proposed was that every workingman be given an opportunity to contribute. It was believed that the fund should be made up of many small sums rather than of a few large contributions, and so it was planned to promote the campaign in schools and workplaces, and thereafter solicit subscriptions from Milwaukee business and professional men of the city in order to complete the fund.

The idea proved successful, and pennies, nickels, and dimes collected in the schools and factories of the city netted around $18,000. At the same time, the E. B. Wolcott Post of the Grand Army of the Republic (G.A.R) collected a fund of about $5,000, which was later merged with the original fund. Those donating to the fund were given certificates attesting to their participation in the project.

The effort stalled out for a while as World War I began, and was revived by Mayor Hoan in 1925. From that date, plans moved ahead slowly for a time, due to disagreements over where the statue should be placed, with the Milwaukee Journal labeling a particular location debate among architects and civic groups as “a miniature civil war” in an article in its March 18th, 1932 edition.

When the dust finally settled, it was the lakefront location at the east end of the Lincoln Memorial Bridge (near where it currently stands) that won the day. A prize of $1,000 was offered up by the Abraham Lincoln Memorial Committee for the best model submitted, as well as $500 and $300 prizes for the second and third best models. Through this contest, sculptor Gaetano Cecere and architect Ferdinand Eseman were awarded first prize from a field of 54. A signing ceremony was held between Cecere and the mayor, committee members and other city dignitaries to complete the statue for a sum of $25,000.

While the sculptor went to work creating a plaster cast model of his design, the Lincoln Memorial Committee busied itself with deciding on the type of granite to use for the base of the sculpture (Wisconsin red granite was ultimately chosen), as well as what inscriptions would go on the base. From there planning for the dedication ceremony began, leading up to the day itself: September 16th, 1934.

Attendance for the event was estimated at 2,000 people. It was unveiled by middle schooler and statue fund donator Betty Bahde, as a nod to all of the school children who had donated spare change to the effort, and was attended by the surviving members of Wolcott G.A.R., many now in their 90s. The sculptor Gaetano Cecere spoke, as well as numerous other dignitaries, and community singing was led by Samuel McKillop.

Debates about the monuments size, design and location continued unabated for many years afterward, to the point that old plans for the installation of a marble colonnade surrounding the statue were breifly reconsidered in 1937. Luckily, the colonnade never materialized, because plans for a new war memorial building took shape years later, and would be located on the very spot on which the Lincoln Memorial stood at that time.

The memorial statue was indeed removed from its much-debated location on August 30, 1955 and stored for a time underneath the Lincoln Memorial Bridge to make way for the newly approved War Memorial building. It was later relocated and rededicated on February 11, 1959 in a new position at the Elk’s Club at 720 E. Wisconsin Ave. There it happily sat until 1976, when changes to the Lincoln Memorial Bridge brought renewed calls to return the statue to that area.

Money was again raised through donations to do just that, and on September 2nd, 1986, the Lincoln Memorial Statue was relocated right next to the War Memorial building that had once replaced it. A plaque was later added and placed at the foot of the monument on October 10, 2009 to commemorate the bicentennial of Abraham Lincoln’s birth and the 150th anniversary of Lincoln’s speech at the Wisconsin State Fair. 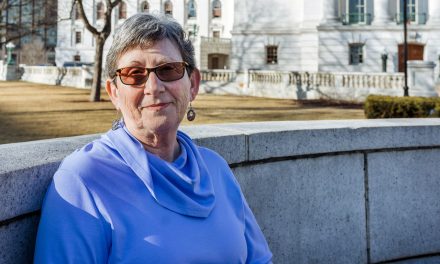