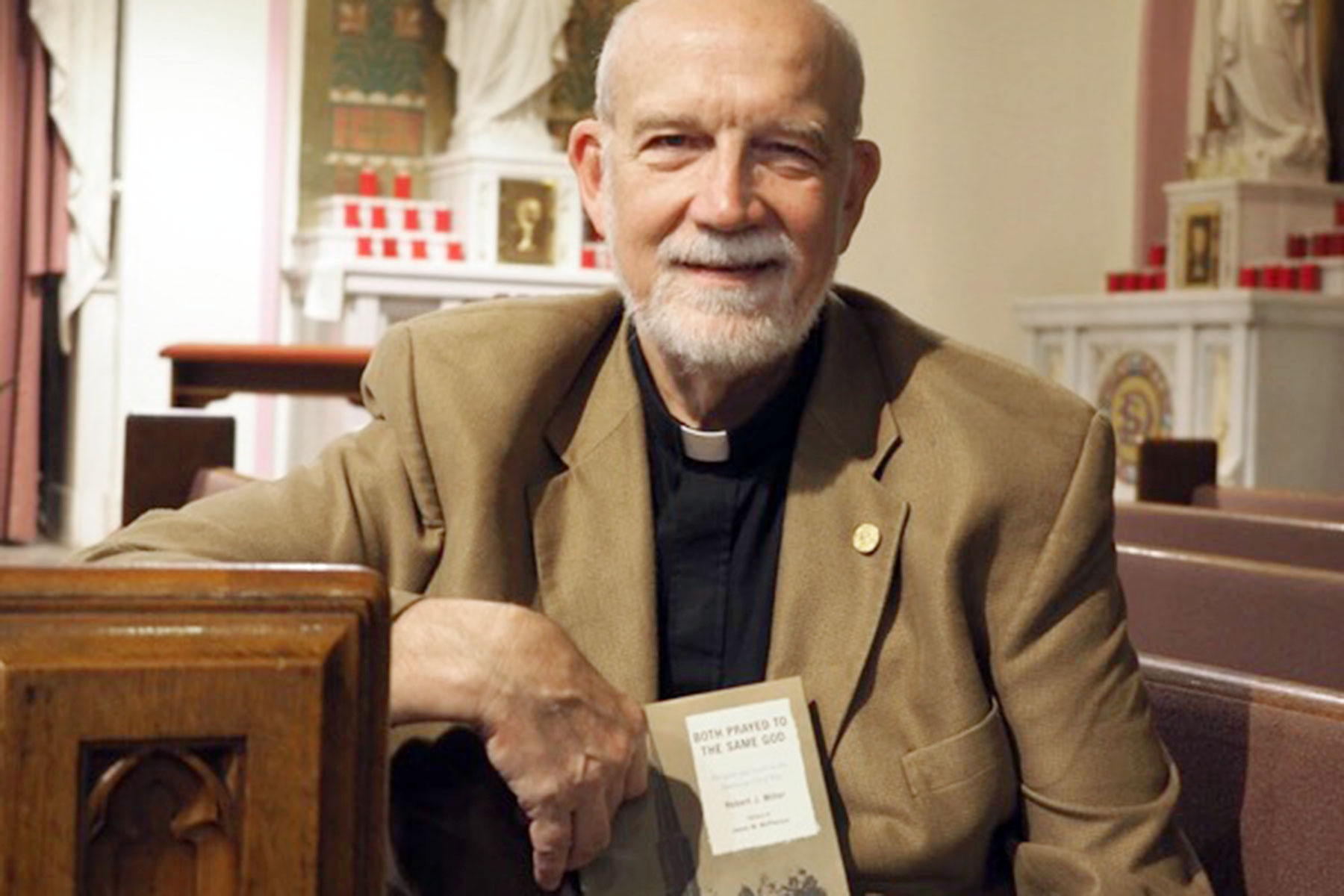 Even before he attended seminary studies in southeastern Wisconsin on his journey to priesthood, Reverend Robert J. Miller held a fascination and interest in the history of the American Civil War. Spanning a lifelong ministry that started in Chicago’s African-American south-side community, including the historic Bronzeville neighborhood, Reverend Miller has authored six books related to history and religious faith. This unique perspective has made him a leading authority of probably the least explored issue that also happens to be one of the most important aspects of America’s worst conflict. 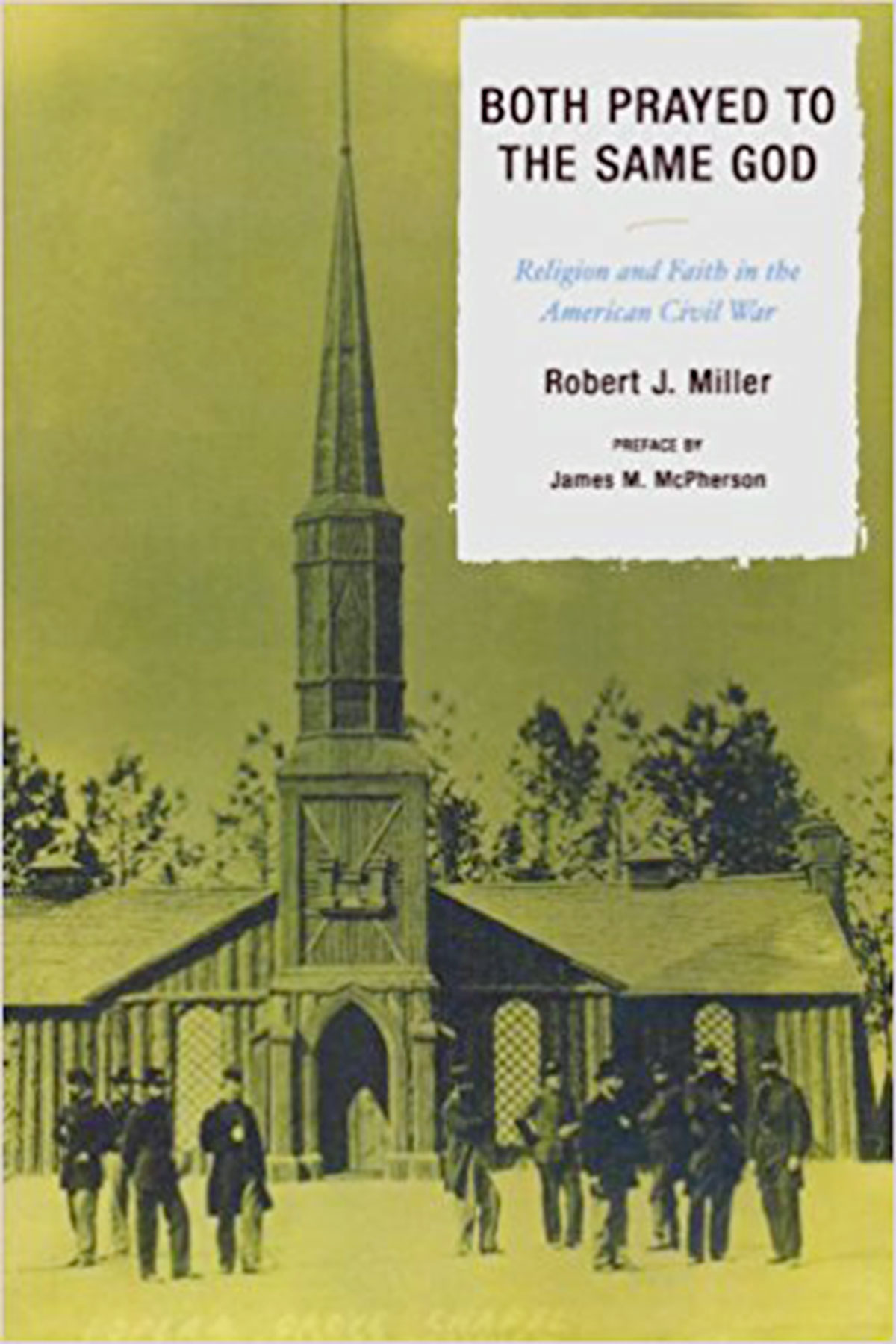 In 1861, the world’s most devout, Bible-reading country went to war. Soldiers and civilians alike “read the same Bible, prayed to the same God, and invoked His aide against the other.” In the ante-bellum era, organized faith and religion were easily the most important social and cultural values at work in America. Membership in churches grew from 1 in 15 to 1 in 7 Americans. Though not a war of religion, America’s Civil War truly was a religious war. Yet today, the role that Religion and Faith played for the average 19th century citizen is unknown to most Civil War aficionados. The life and battles of Civil War soldiers are re-enacted precisely, written about thoroughly, discussed passionately, and argued endlessly – yet their Faith life is for the most part ignored.

Milwaukee Independent: What was the most memorable experience of your youth, and was there someone or an event that influenced the course of your life?

Robert J. Miller: Growing up in Grand Rapids, Michigan, a favorite family trip we often took was to the Soo Locks in northern Michigan, which always meant a stop at the intriguing and historic Fort Michilimackinac there. This 18th century fort, with its British, French, American and native Indian connections always fascinated me – and stimulated an early interest in history and archeology. Probably the most significant person in fanning a love for history was my American History teacher, Father Ed Cosgrove, in my high school seminary. This colorful WW2 Navy veteran, a late vocation, made history and WW2 come alive for me and many others – stirring up a passion which has never died. He lived to receive a copy of my book, which was partially dedicated to him.

Milwaukee Independent: Where did you study seminary in Wisconsin, and what did you enjoy most about your time here?

Robert J. Miller: I studied for the priesthood in southeastern Wisconsin and upstate New York, getting two Masters degrees in the process. In retrospect, I think I most enjoyed the broad and excellent education I received, and also the wide range of fascinating people who entered my life in various ways. Once again, the unique history of upstate New York “grabbed” me – the Roosevelt home, Vanderbilt mansion, historic Rhinebeck and Kingston, and much more. I return there even to this day to take it all in.

Milwaukee Independent: How did you become interested in history, particularly with the Civil War?

Robert J. Miller: I have always been interested in history, back from childhood trips to high school classes. I recall reading William Shirer’s massive Rise & Fall of the Third Reich twice in high school – and wondering why no one else cared about that era. My specific focus on the Civil War began in the mid-1980s, when I was preaching in Vicksburg, Mississippi, and was “gifted” with a free all-afternoon battlefield tour with a licensed guide. That began my Civil War reading craze, starting with McPherson’s Battle Cry of Freedom, Catton’s Civil War. and Freeman’s Lee’s Lieutenants.

Milwaukee Independent: While researching your book Both Prayed to the Same God: Religion and Faith in the American Civil War, what fact or discovery surprised you the most?

Robert J. Miller: As I read and studied the Civil War, it gradually dawned on me how ignored the religious aspect of the conflict was. Few wrote on it, and those who did wrote only narrowly. When I began researching this book, I was surprised to find how truly far-reaching the role of religion and faith was before, during, and even after the war. Twenty-five years before the War started, America’s three largest denominations split essentially over slavery. During the War, perhaps as many as one-half of all soldiers became strongly motivated by faith-based convictions. Although not a ‘religious’ man, ‘Faith’ was a powerfully influential factor in Lincoln’s life and speeches. African-Americans found emancipation and freedom more through religion after the war than in any other aspect of American social or political life.

Milwaukee Independent: What is the most common question people ask you about the Civil War?

Robert J. Miller: Most of the information I share in my book, and during talks about religion and faith in the War is new for Civil War enthusiasts – in its depth and scope at least – and is well-received. However, the perennial question which arises in nearly all Civil War groups and publications is the role of slavery in causing the War. To this day, the underlying motivation of what brought about America’s deadliest conflict continues to be debated and disagreed upon.

Robert J. Miller: The single greatest realization the Civil War community needs to grasp is how profoundly significant religion and Faith were in leading to, supporting, justifying, and motivating people in the mid-19th century. Religion and Faith were perhaps the most profound and far-reaching social forces in antebellum America, by virtue of the fact that all other social forces – media, commercial, and political – were narrow and limited in their scope and reach. Our modern secularist view, where religion’s impact in everyday personal life is greatly diminished – has led to a deeply “revisionist” mis-understanding of this critical factor.

Milwaukee Independent: Why do historians readily talk about military battles from the Civil War, and social issues of the time, but omit discussions about faith and the church?

Robert J. Miller: Historical revisionism re-interprets the past thru the misguided prism of modern sensibilities and priorities – demeaning some factors, glorifying others, totally ignoring still more. Our secular 21st post-modern society cannot and does not appreciate the immense impact that faith and religion has had – in both good and adverse ways – in influencing world and America history. Additionally, reflecting on Faith and religion is a far more complicated, nuanced, and challenging topic than merely reporting facts, figures, and biographical data of battles and generals. In studying history, as in our world today, most people want to be entertained, not challenged.

Milwaukee Independent: How do you respond when people ask about issues of racism, like how can Christian leaders say or support such unChristian things?

Robert J. Miller: Racial bias and race-based thinking are attitudinal frameworks which come from one’s personal emotional world. They spring from the attitudes one was raised with, a certain and perhaps “chosen” narrowness of conceptualizing the world, and responses to life-situations. Christians are not in any way exempt from emotional narrowness simply became they profess a God who is about life and love. When any person of any color ignores the vital role that human emotions can have in their actions and life-attitudes – e.g. race-based thinking, fear, anger – and is not able to consciously integrate Divine energies of mercy and compassion into their lives, the hatred and violence so prevalent in today’s world will only be perpetuated, despite the heated fervor of one’s religion.

Robert J. Miller: No. Simply put, George Santayana said it best “those who do not know history are condemned to repeat it.” We are becoming a historically illiterate society today – and denying our past, with its hatreds and horrors, its barbarism and blessings, will only perpetuate this illiteracy. Why not preserve our historical records – whether re-enactments, statues, places – and contextualize them with contemporary historical re-visionings – like new plaques, statues, memorials – which serve to teach lessons from history for today’s more nuanced, diverse, and yet highly anxious world.

Robert J. Miller: Although I am a pastor and historian, not a social analyst, I believe there are three specific legacies of the Civil War years which continue to impact us. First, the issue of race remains a major factor shaping our American society. DuBois called it “the problem of the color line.” The slavery issue was the first great moral crisis of America, and although great strides have been made both legally and societally, still racial animus, race-based thinking, and outright prejudice (i.e. ignorance) dominate our public forum. Second, there continues to be an utterly inexplicable refusal and inability to learn from history – on the part of leaders, teachers, and humanity in general. Simply put, even though as a society we are more technologically advanced than ever, we simply do not study history nor learn from the mistakes of the past. Third and finally, emotionally regressive human attitudes continue to hold humanity back from what we could be and were intended to be. Examples are rampant – the sad legacy of blaming and victimizing others in times of great anxiety; the ongoing prevalence of stubbornly held race-based bias and thinking both then and now; narrow-minded even simplistic explanations and attitudes towards complicated issues – like causes of the Civil War, racial divisiveness, and such.

Milwaukee Independent: After reading Both Prayed to the Same God: Religion and Faith in the American Civil War what one lesson do you hope people will come away with and apply?

Robert J. Miller: The one lesson I hope Both Prayed to the Same God leaves with readers is the powerfully significant role that Faith and religion plays as a key factor in human life and history. In antebellum America, religion and Faith were perhaps the most profound and far-reaching social force in antebellum America. They continue to be the most massively ignored and marginalized social and historical factors to this very day.

Milwaukee Independent: Are you working on a new book, or can you talk about your current efforts?

Robert J. Miller: I have been engaged for a number of years in researching the 100+ Catholic priest-chaplains of the Civil War. No thorough project on this has been done in over 70 years, and the book I am developing will highlight the fascinating details and full context of the amazing work these men accomplished in their wide and varied Civil War ministry. In the face of deep and systemic American anti-Catholicism, yet booming Catholic immigration from mostly the Irish, their ministry is truly an enthralling story of men who were not “your father’s traditional priests.” 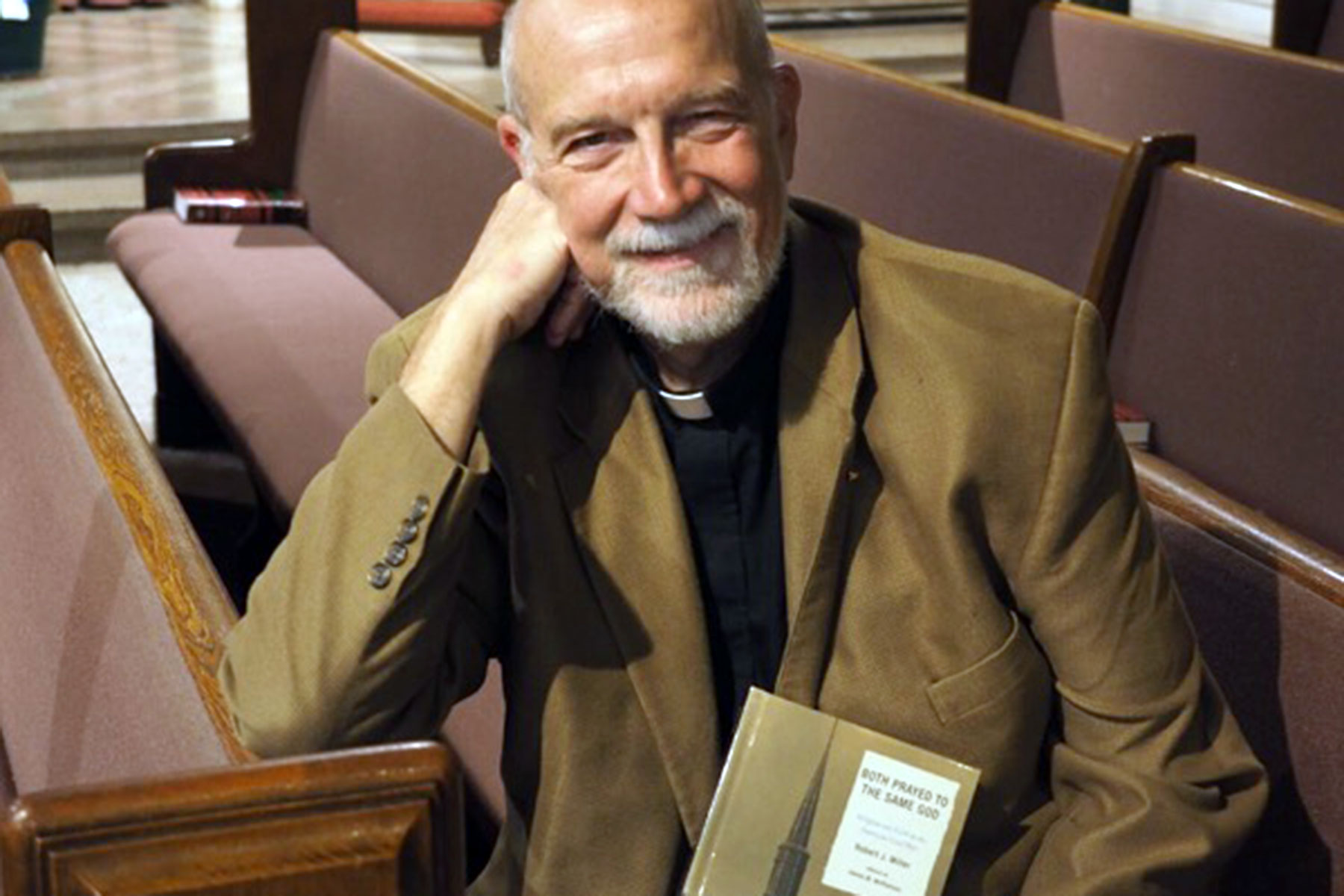 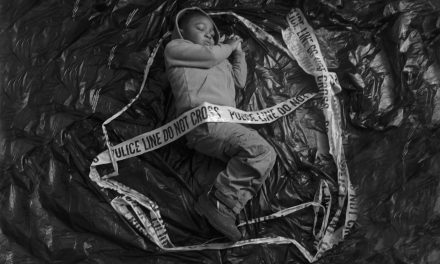 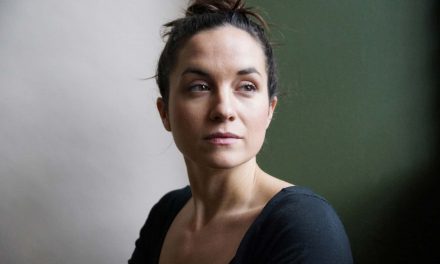 Margaret Muza: Melding history and art into a magic recipe for capturing light 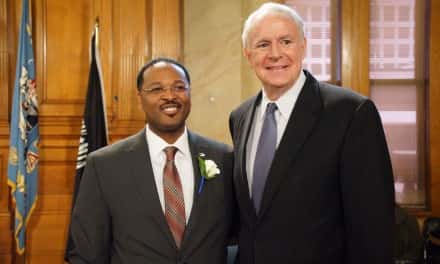 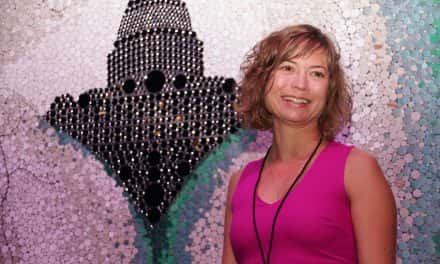