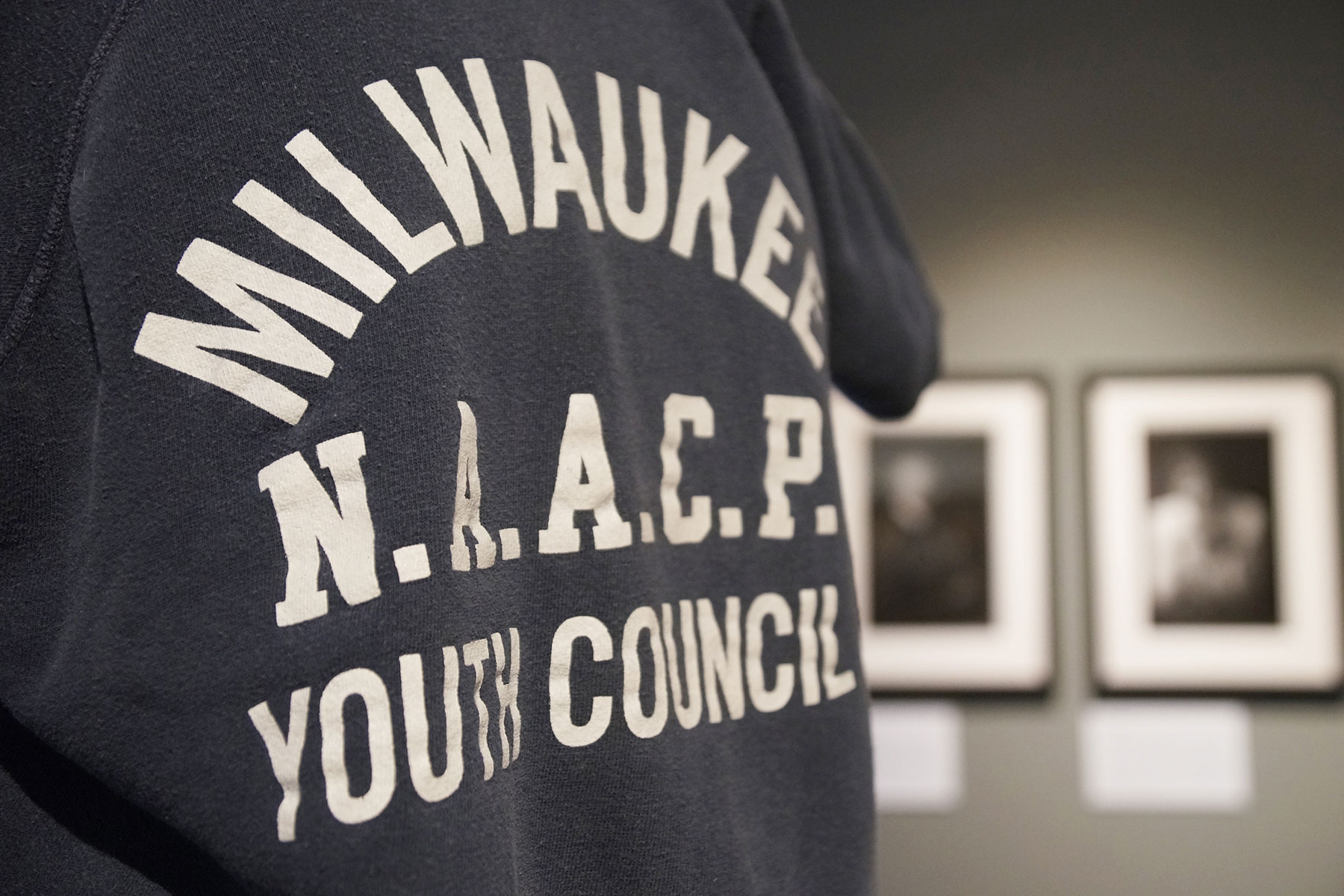 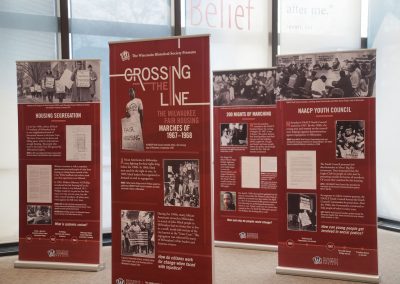 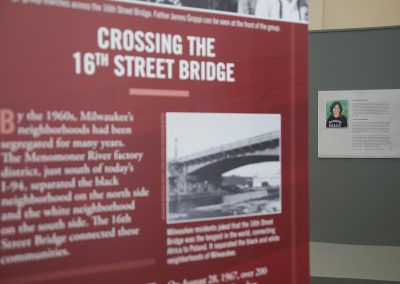 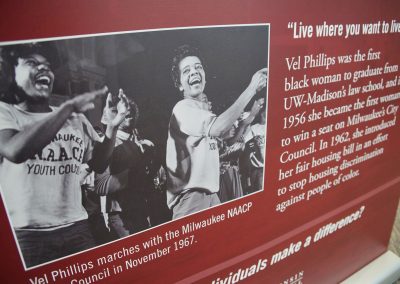 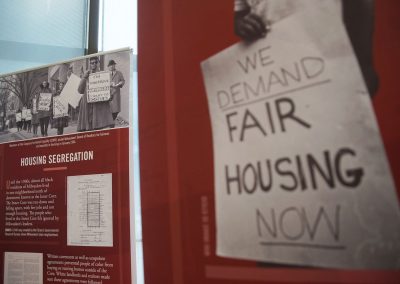 The Museum’s display recounts the unified efforts made by American Jews and African Americans to fight for equality before and during Milwaukee’s Open Housing Marches of 1967-1968.

Allied in the Fight: Jews, Blacks and the Struggle for Civil Rights, on view until March 25 at the Jewish Museum Milwaukee, explores the power of partnerships through shared projects and organizational efforts, and how many members of the African American and Jewish communities became allied against injustice.

In connection to the exhibit, Jewish Museum Milwaukee assembled a committee of local African American and Jewish leaders, educators and former Civil Rights activists to consult on content and perspectives, assist with program development, encourage involvement, and to serve as a springboard for ongoing community engagement.

Allied in the Fight reflects on national and local historical movements and connections to the segregation issues that exist in Milwaukee today. The exhibit is part of the city-wide initiative, 200 Nights of Freedom, commemorating the 50th anniversary of the city’s 1967-68 Open Housing Marches. These marches took place over 200 consecutive days in support of the passing of a fair housing bill.

“We wanted to share and tell the unique story of the Jewish and African American leaders and their communities, who partnered together to pursue prejudices against minority groups, on both a national and local scale,” said Molly Dubin, Jewish Museum Milwaukee’s curator. “These shared issues are so resonant in Milwaukee, and still exist here today. Amid what’s going on city-wide, this exhibit highlights the importance of working together and fostering relationships going forward.”

The exhibit displays photos, letters, maps, film and other rare materials from selected collections of the Center for Jewish History, American Jewish Historical Society, Leo Baeck Institute and Yeshiva University Museum, as well as materials sourced from locally based collections.

Notable objects in the exhibit include: a letter from Dr. Martin Luther King Jr. to Paula Pappenheim; correspondence between Eleanor Roosevelt and activist Justine Wise Polier; a manuscript of the Freedom Seder Haggadah; a photograph of the American Jewish Congress bus at the March on Washington; and the uniform of Fred Reed, a member of the NAACP Youth Council Milwaukee Commandos, from his personal collection.

Allied in the Fight was funded in part by Brico Fund, Bader Philanthropies, Brewers Community Foundation, Sue & Bud Selig, a community sponsor, and a grant from the Wisconsin Humanities Council, with funds from the National Endowment for the Humanities. The core exhibition was originally presented by the New York-based Center for Jewish History.

The Jewish Museum Milwaukee is dedicated to preserving and presenting the history of the Jewish people in southeastern Wisconsin and celebrating the continuum of Jewish heritage and culture.

Prominent local historian, educator and head Griot at America’s Black Holocaust Museum, Reggie Jackson, will use maps, photographs and original documents to explain the history of redlining in Milwaukee. Topics will include the D-5 sector considered a “negro slum” and area for “lesser” Jews and the role and impact of racially restrictive covenants.

The 1968 documentary explores stories of low income Milwaukeeans impacted when the city’s core was torn apart for urban renewal development. Former CEO of Milwaukee Urban League and longtime African American community activist Ralph Hollmon will open with a contextualizing discussion about the late migration and development of Milwaukee’s black community, Jewish business in Bronzeville, what was built, and what was destroyed. Ralph Hollmon will give a brief pre-screening talk and facilitated discussion after the film.

This panel discussion will take a historical look at segregation in the city of Milwaukee, analysis of the current status, and a forward-looking discussion of where we go from here. Marc Levine from the University of Wisconsin-Milwaukee’s Center for Economic Development will address growth of entrenched segregation and racial inequality in Milwaukee since the 1970s; Margaret Rozga will discuss her involvement with Milwaukee’s NAACP Youth Council, her activism during and after the Open Housing Marches with late husband Father James Groppi and her continued social justice work; Bill Tisdale, President and CEO of the Milwaukee Fair Housing Council, will discuss the organization’s role and advocacy work in the past, present and looking into the future.

Dominic Inouye, educator, artist and founder of ZipMKE, will lead a bus tour exploring Milwaukee’s historic Civil Rights sites, including the James E. Groppi Unity Bridge, the Bronzeville Loop, neighborhoods shared by African American and Jewish communities, and public artworks recognizing local and international social justice leaders. The tour will show and discuss the connection between these two communities through the neighborhoods and locations these groups intersected.

Members of Milwaukee’s African American and Jewish communities will share a Freedom Passover Seder to explore common ground and the universal pursuit of freedom. In what has become a bridging tradition in cities across the nation, intergroup Seders bring together African Americans and Jews to share this ritual meal to discuss and celebrate the shared values of justice and liberation both culture groups find in the Exodus story. In breaking bread together (or matzah in this case) and engaging in meaningful dialogue, a strengthening of communal understanding and respect can be fostered and celebrated. Location and admission to be announced. 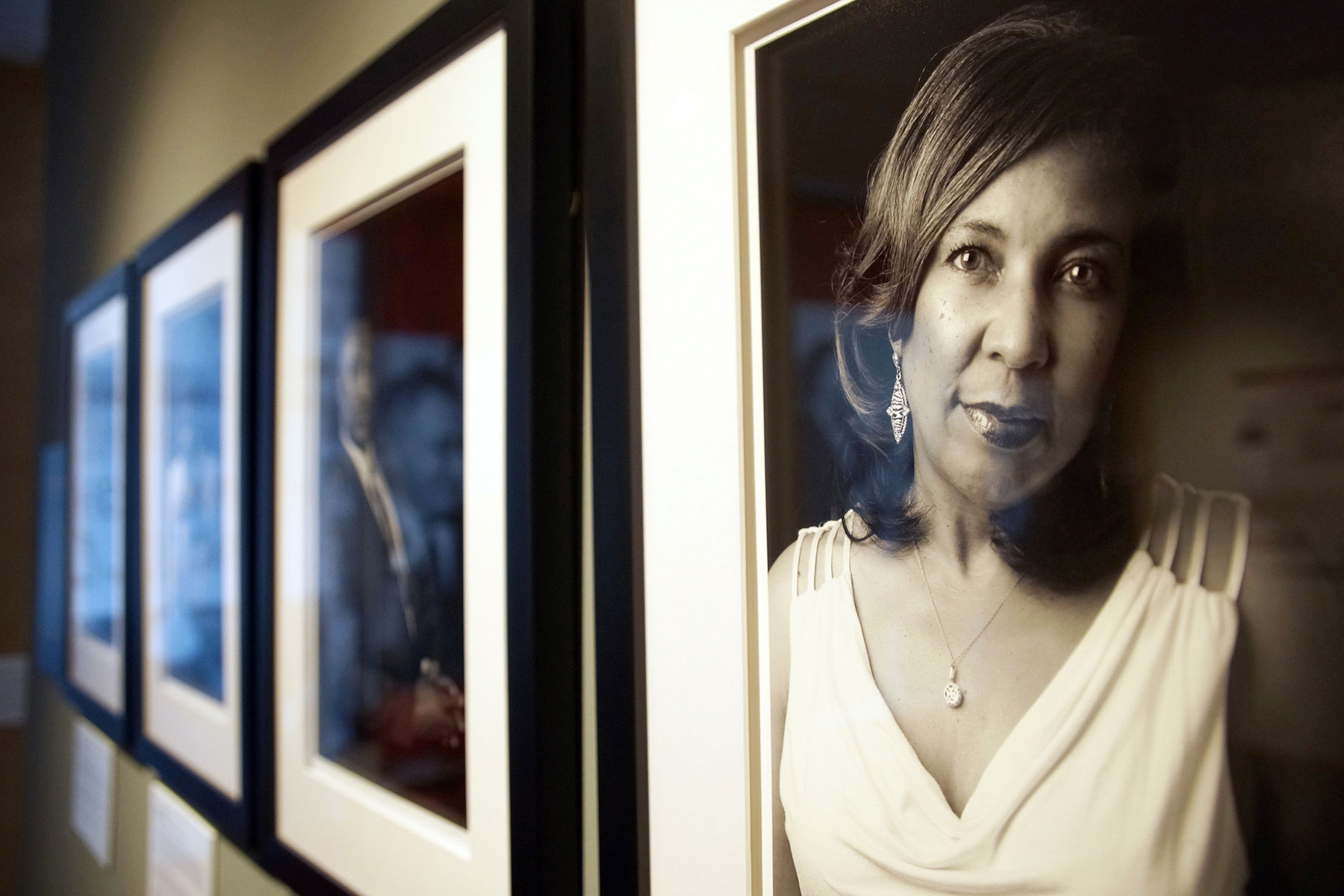 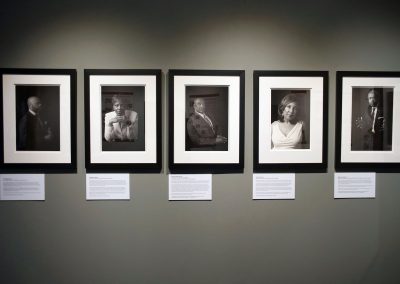 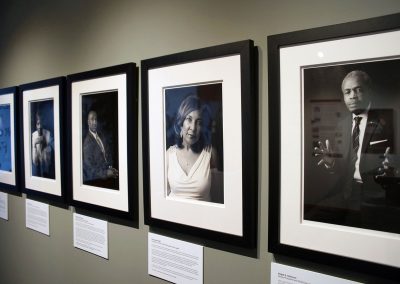 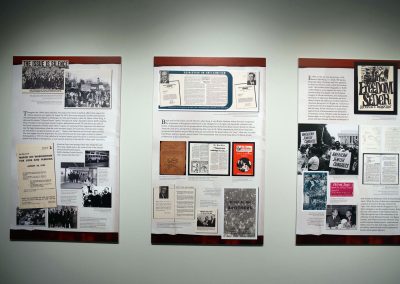 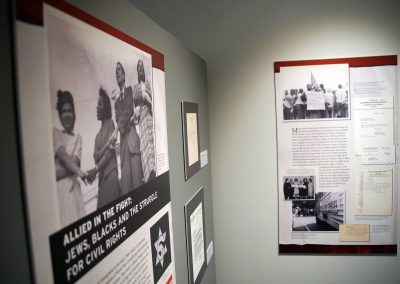 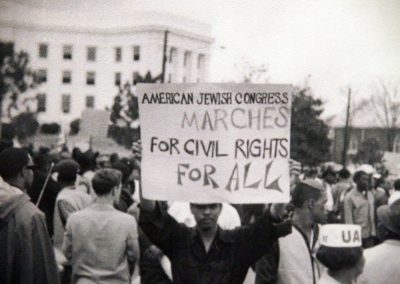 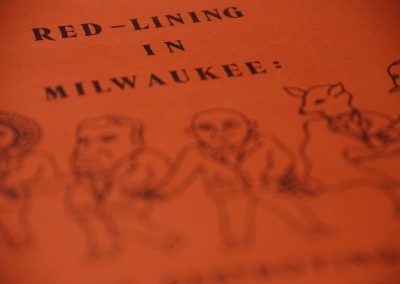 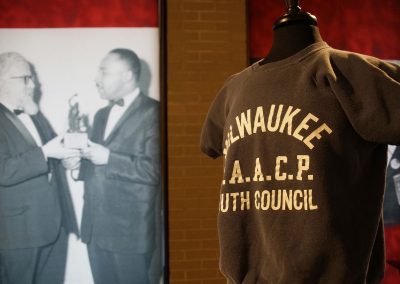 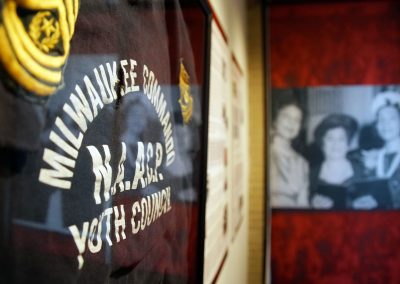 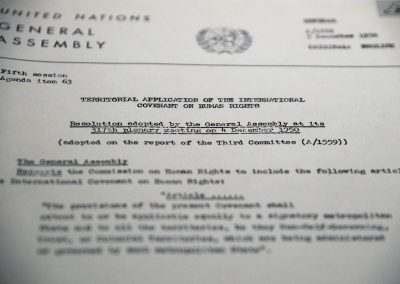 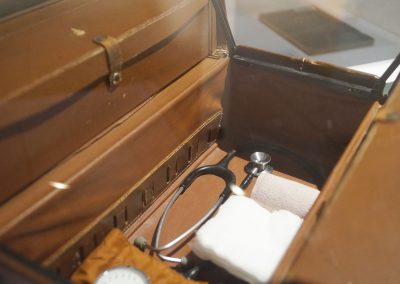 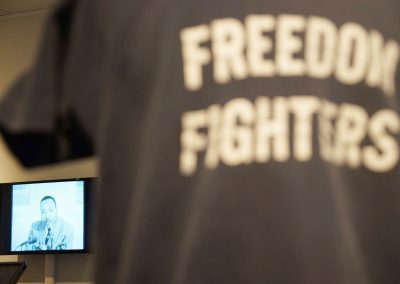 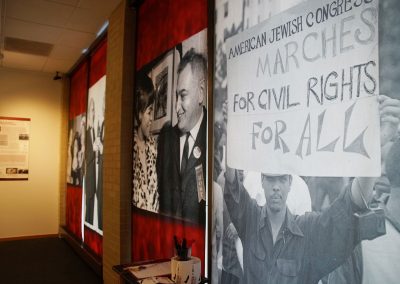 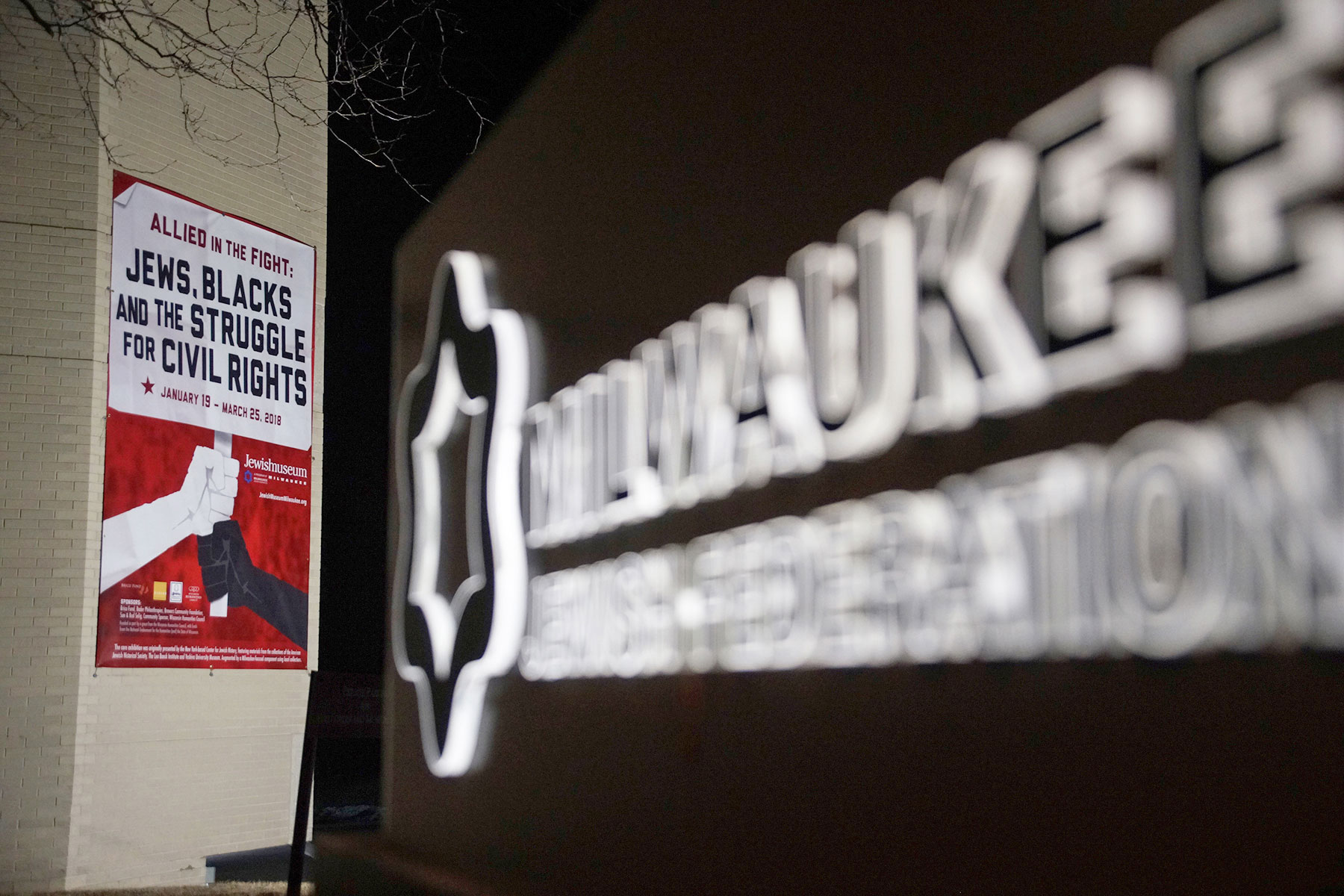 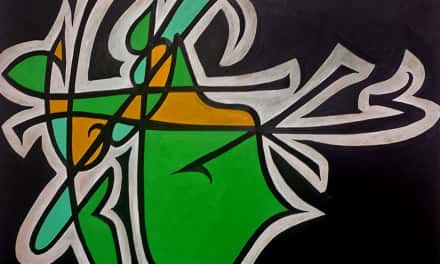 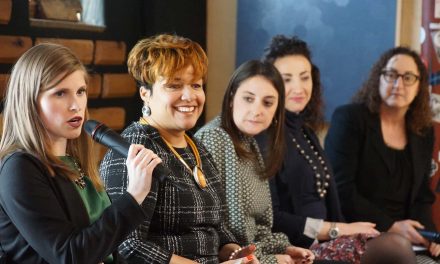 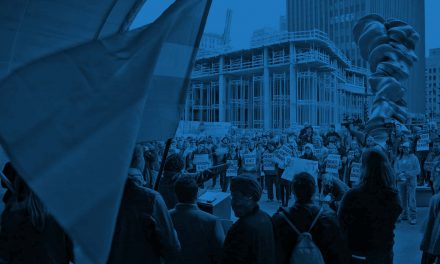 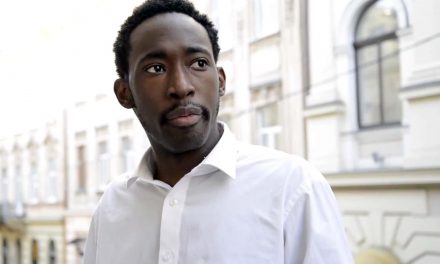