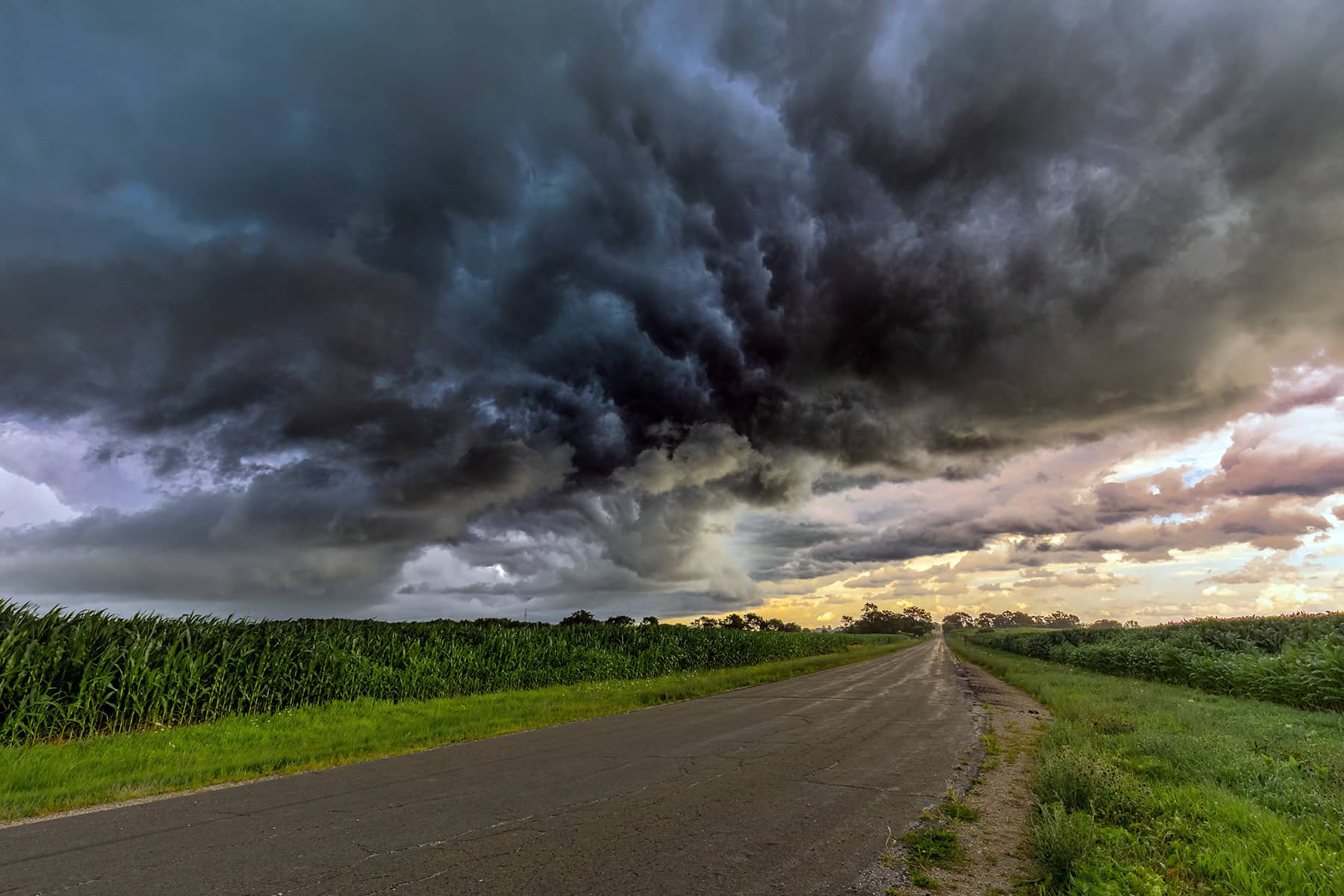 The CEO of America’s largest bank is worried, and for good reason. On June 1, the Fed started something it has not done for quite a while. It started dumping bonds.

The Fed has been goosing the economy steadily since the Bush Crash of 2008, buying US and corporate bonds with money it creates out of thin air (only the Fed can “print money” like this by simply willing the dollars into existence).

By purchasing and holding those bonds over the past 14 years, the Fed has created and then flushed into our economy $8 trillion in liquid cash. This is how the Fed stimulates an economy in crisis: pouring newly-created money into the system.

As a result, our economy has been running on high-octane sugar-high stimulus ever since 2008. Several trillion of that came in the last year of the Trump presidency. While Republicans scream about spending for social needs that might also stimulate the economy, they and Trump were quite happy to see that money from the Fed.

But now the Fed and it’s Trump-appointed Republican Chairman, Jerome Powell, are backing off.

When the Fed started selling those bonds, reversed the process after 14 years. Instead of stimulating the economy, they are trying to slow it down in the hope that sucking up money will cool off inflation.

When they receive the money back from those sales they will simply drop it into the same Schrödinger’s Cat-box from which it came: it will vanish into the icy, dark depths of fiscal interstellar space, never to be seen again. What the Fed creates, the Fed can dissolve.

This month the Fed expects to “retire” $47.5 billion from its balance sheet — retire that amount from our economy — rising to $90 billion a month by the end of the summer.

While these are not huge sums in the grand scheme of things, the very fact that the Fed has gone from pumping created-from-nothing money into the economy to pulling that money back out is a Very Big Deal.

Add that to its plan to continue increasing interest rates, which also slows the economy, and we are looking at a potential Category 5 event.

Thus, the Financial Times was the bearer of the predictable bad tidings yesterday. Just from that day’s FT’s (digital) front page’s “Live News Updates” column, these were some of the headlines:

In that last article, JPMorgan CEO Jamie Dimon, who a week ago had predicted “storm clouds” on the economic horizon, became far more blunt yesterday.

Elaborating that the war in Ukraine and Europe’s disconnection from Russian fossil fuel markets could drive oil as high as $175 a barrel, Dimon worried out loud:

“That hurricane is right out there down the road coming our way. We just don’t know if it’s a minor one or Superstorm Sandy . . . And you better brace yourself.”

So, how did we get here? Between the Republican Great Depression of 1929-1937 and Reagan’s inauguration in 1981, the United States experienced a few recessions, but nothing as severe as Republican President Herbert Hoover oversaw back on Black Tuesday, October 29, 1929.

Hoover’s crash was set up by the election of 1920, when Republican Warren Harding convinced Americans to abandon the trust-busting, high tax, progressive policies of Presidents Teddy Roosevelt, William Howard Taft, and Woodrow Wilson in favor of that generation’s version of neoliberalism or what we today call Reaganomics.

Harding referred to it as “Horse and Sparrow Economics” — it was the early 20th century version of what Reagan later reinvented as “trickle-down economics.”

If the horses (rich people and big business) were fed more oats (through deregulation and tax cuts), more of those oats would pass undigested into the horse manure that then littered the streets of American. The sparrows (working class Americans) could then pick the extra oats out of the manure.

In 1920, Warren Harding won the presidency on a campaign of “more industry in government, less government in industry” — privatize and deregulate — and “a return to normality,” his promise to drop the top tax bracket from its then-91 percent rate down to 25 percent.

Harding kept both promises, putting the nation into a sugar-high spin called the Roaring ’20s, where the rich got fabulously rich and working-class people were being beaten and murdered by industrialists when they tried to unionize. Harding, Coolidge, and Hoover (the three Republican presidents from 1920 to 1932) all cheered on the assaults, using phrases like “the right to work” to describe a union-free nation.

In the end, the result of the “horses and sparrows” economics advocated by Harding was the Republican Great Depression – yes, they called it that until after World War II.

FDR’s response to Hoover’s Depression was to raise the top income tax bracket back up to 91% and impose stiff regulations on banks and Wall Street, creating the Securities and Exchange Commission (SEC) and putting Joe Kennedy in charge of it.

Gloria Swanson, who knew Kennedy well and intensely disliked him (he’d robbed and exploited her), told me over one of our many dinners in her New York apartment that FDR knew, “It takes a crook to catch a crook.” And FDR was going after the crooks.

High taxes on the morbidly rich and aggressive government enforcement of banking and securities rules prevented another large-scale crash for a half century until Reagan came along and repeated Harding’s mistakes in the 1980s.

After Reagan finally dropped the top tax rate from the 74% he inherited when he came into office to 28% there was a one-day 22% stock market crash — Black Monday on October 27, 1987 — that rivaled 1929’s Black Tuesday for the first time.

When Reagan deregulated the Savings & Loan industry the banksters stole so much money they crashed S&Ls across America, the first serious bank panic since the Republican Great Depression.

We’re still living in Reagan’s neoliberal deregulated economy. It brought us two financial crises while he was President, the dot-com bubble-bust of 1999/2000, the Bush Crash of 2008, and arguably the trillion-dollar-heist of 2020 when Trump passed out money to his fat-cat buddies without controls (we’re still trying to figure out where all that money went).

Now, if Dimon is right, hang onto your hat for another “event.”

The core tenant of both Harding’s and Reagan’s versions of neoliberalism is that the economy is essentially a force of nature. It’s why Harding did away with regulations on stock speculation and why Reagan deregulated everything he could as fast as he could.

The economy “operates according to its own rules,” they’d tell you, and anything government does to interfere with it will simply produce a bad outcome. In actual fact, the opposite is true.

Players in the top reaches of finance, banking, and speculation are much like players in boxing or football: they’re engaged in a competitive high-stakes game defined by very specific rules, and when they know they can get away with breaking those rules, they’ll often do it.

The difference is that instead of winning or throwing a football game or boxing match, when bankers and speculators violate the rules they can take down the entire economy.

The financial speculators, of course are rarely injured in the process. We bailed out the banksters and speculators in the 1980s, 1999/2000, 2008, and 2020 to the tune of trillions of dollars. Senior executives and shareholders took home hundreds of billions of those dollars, looting the system they themselves had crashed.

Since 2008, most of that money was created out of thin air by the Fed. Now the Fed wants it back, but the banksters and speculators have already stashed it in their offshore tax havens. As a result, working class Americans and small- and medium-sized businesses will largely foot the bill.

Dimon and the purveyors of doom may be wrong about a crisis at this particular moment, but the system is still shaky and fraud is rife across banking, brokerage and finance, as Elizabeth Warren and Katie Porter continually remind us.

As I lay out in The Hidden History of Neoliberalism: How Reaganism Gutted America, it is probably going to take another 1929-type event to shake Americans up enough to reject Reagan’s vision of a deregulated economy and put the nation back on the course of the stable and steady Keynesian growth that FDR gave us from 1933 to 1981.

Now, in addition to an economy held together with the baling-wire of Fed stimulus (that’s coming to an end), both the US and the world are facing a wild spectrum of assaults that could have huge economic impacts.

And Republicans are committed to doing everything they can to cripple our economy, refusing to pass much of Biden’s economic agenda, in their belief that a Crash will help them in the 2022 and 2024 elections.

Between the worldwide food and oil crises the Russian invasion of Ukraine are provoking, billions in climate change damage and millions of climate change refugees, Republican intransigence, and the Fed’s claiming back that $8 trillion they gave our banksters and speculators, a real crisis may be at our doorstep sooner than any of us would like.

© Thom Hartmann, used with permission. Originally published on The Hartmann Report as The Economic Sh*tstorm Coming is Due to Reagan’s Deregulated Economy 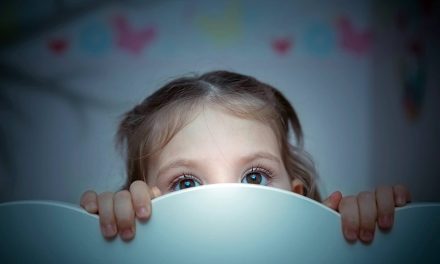 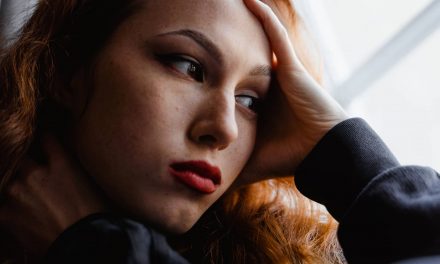 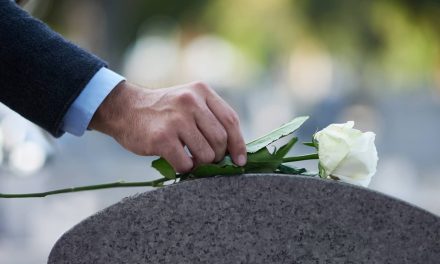 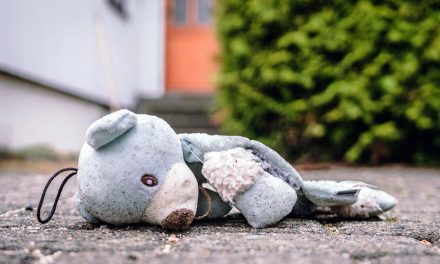