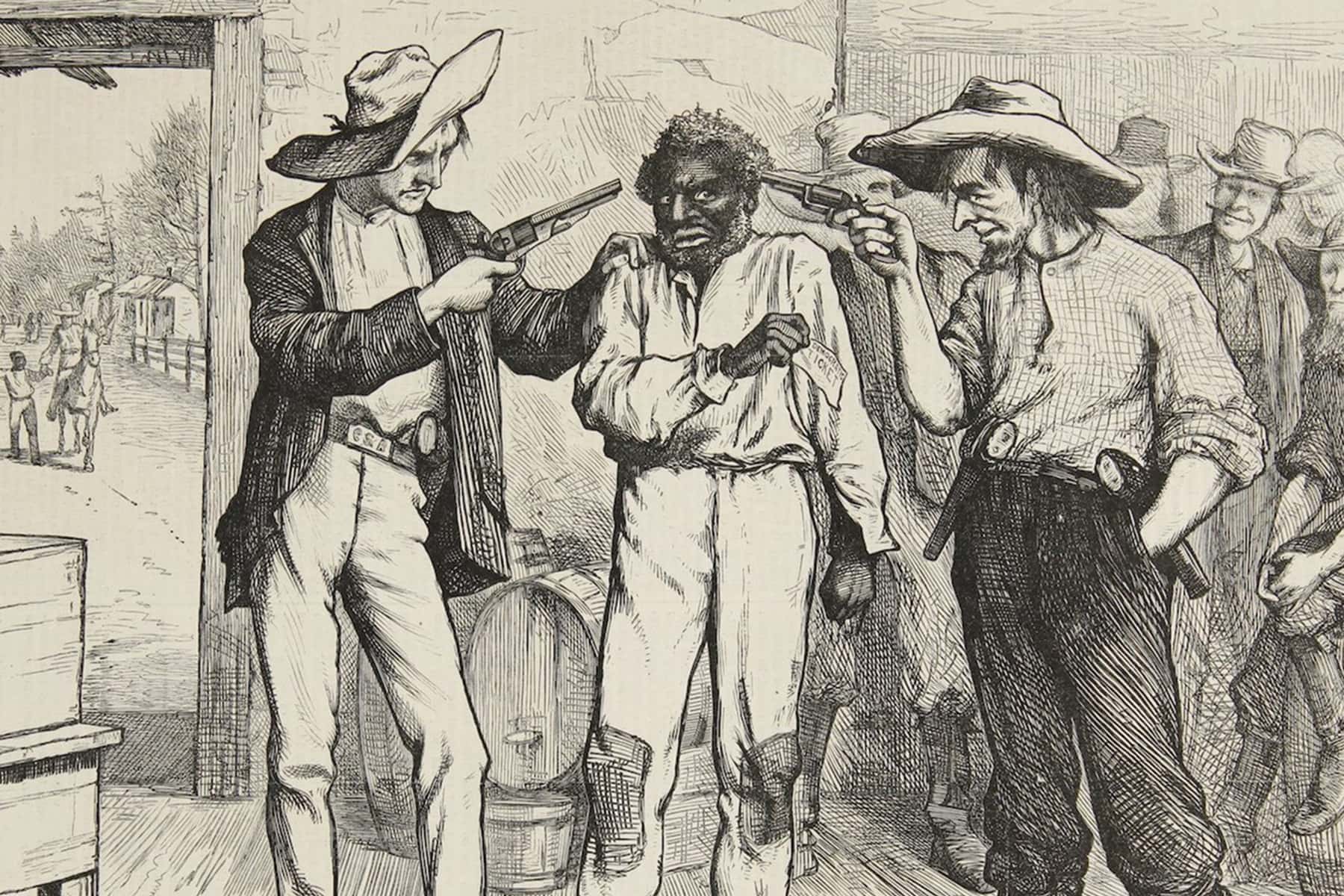 Republicans have been committing election fraud right out in the open since 1964 and covering it up by yelling about “voter fraud.”

Remember the hours-long lines to vote we’ve seen on TV ever since the 60s in minority neighborhoods? Those are no accident: they’re part of a larger election fraud program the GOP has used to suppress the vote for sixty years now.

This election year Florida Governor Ron DeSantis is raising the stakes: he’s planning to put together a force of “election police” under his personal command to travel the state intimidating voters while pretending to look for “voter fraud.”

“DeSantis is asking the GOP-controlled legislature to allocate nearly $6 million to hire 52 people to ‘investigate, detect, apprehend, and arrest anyone for an alleged violation’ of election laws. They would be stationed at unspecified ‘field offices throughout the state’ and act on tips from ‘government officials or any other person.’”

Meanwhile, the GOP in Texas is quietly recruiting 10,000 white volunteers “courageous” enough to go into Black and Hispanic polling places and confront people trying to vote. As Jessica Corbett reported for Common Dreams:

“Common Cause Texas on Thursday shared a leaked video of a Harris County GOP official discussing plans to ‘build an army’ of 10,000 election workers and poll watchers, including some who ‘will have the confidence and courage’ to go into Black and Brown communities to address alleged voter fraud that analyses show does not actually exist.”

These efforts to intimidate voters are part of a much larger Republican campaign of widespread and systemic election fraud that the party has been running since the days of Barry Goldwater. Democrats need to start calling it that.

Individual “voter fraud” doesn’t affect elections in modern America. Every election year we hear about a handful of people busted for trying to vote twice or in the name of a deceased relative, but it’s so rare it has absolutely no impact on elections and hasn’t at any point in my 70 years on this planet.

Voter fraud, in other words, is not real. But election fraud is very much real and alive, and that’s exactly what DeSantis and the Texas GOP are proposing, right out in the open. This has a long history, stretching back to the era when the Republican Party first began trying to cater to the white racist vote.

In 1964, Senator Barry Goldwater — who was running for President on the Republican ticket — openly opposed the Civil Rights and the Voting Rights Acts that President Lyndon Johnson was then pushing through Congress. At the time:

These were not accidents: from poll taxes to jellybean counting to constitution-interpreting requirements, most Southern states had erected massive barriers to Black people voting. These elections where only white people were allowed to vote in large numbers were fraudulent elections.

After all, isn’t it a fraud to say that a “free and fair” election was held when, in fact, large numbers of people who legally qualified and wanted to vote weren’t allowed their voice? How can that not be a fraudulent election?

And back in 1964, Goldwater and the Republicans wanted to keep it that way. But as the issue of voting rights was showing up on the nightly news and people were marching across the country for their right to vote, Republicans on Goldwater’s team realized they needed a justification for the status quo.

So they came up with a story that they started selling in the 1964 election through op-eds, in speeches, and on the news. This story was simple:

There was massive “voter fraud” going on, where mostly Black people are voting more than once in different polling places and doing so under different names, often, as Donald Trump recently said, “by the busload” after Sunday church services. In addition, the Republican story went, “illegal aliens” living in the United States were voting in the millions.

None of it was true, but it became the foundation of a 1964 nationwide voter suppression campaign that the GOP continues to promote to this day. A campaign of actual “election fraud” based on the lie of “voter fraud.” William Rehnquist, for example, was a 40-year-old Arizona lawyer and Republican activist in 1964, when his idol, Barry Goldwater, ran against Lyndon Johnson for president.

Rehnquist helped organize a program called Operation Eagle Eye in his state to challenge the vote of every Hispanic and Black voter and to dramatically slow down the voting lines in communities of color to discourage people who had to get back to work from waiting what would become hours in line to vote.

As Democratic poll watcher Lito Pena observed at the time, Rehnquist showed up at a southern Phoenix polling place to do his part in Operation Eagle Eye:

“He knew the law and applied it with the precision of a swordsman,” Pena told a reporter. “He sat at the table at the Bethune School, a polling place brimming with black citizens, and quizzed voters ad nauseam about where they were from, how long they’d lived there—every question in the book. A passage of the Constitution was read and people … were ordered to interpret it to prove they had the language skills to vote.”

Rehnquist was richly rewarded for his activism; he quickly rose through the GOP ranks to being appointed by President Nixon, in 1972, to the US Supreme Court, and was elevated in 1986 by President Reagan to Chief Justice, a position he used to stop the Florida State Supreme Court-mandated vote recount in 2000, handing the White House to George W. Bush.

Interestingly, two then-little-known lawyers who worked with the Bush legal team to argue before Rehnquist that the Florida recount should be stopped were John Roberts and Brett Kavanaugh. Bush rewarded Roberts by putting him on the Court as Chief Justice when Rehnquist died. Roberts was also the tie-breaking vote to allow Ohio to continue its voter purges in 2017, and he wrote the 5–4 decision that gutted the Voting Rights Act in Shelby County v. Holder in 2013.

Rehnquist’s Arizona arm of Operation Eagle Eye was one of hundreds of such formal and informal Republican voter suppression operations that exploded across the United States that year. As The New York Times noted on October 30, 1964:

“Republican officials have begun a massive campaign to prevent vote fraud in the election next Tuesday, a move that has caused Democrats to cry ‘fraud.’

“The Republican plan, Operation Eagle Eye, is designed, according to party officials, to prevent Democrats from ‘stealing’ the 1964 election. Republicans charge that the election was stolen in 1960.

“The Democratic National Chairman, John M. Bailey, has criticized the Republican plan as ‘a program of voter intimidation.’ He has sent a protest to all 50 state Governors and has alerted Democratic party officials throughout the country to be on their guard.

“’There is no doubt in my mind,’ Mr. Bailey wrote the state chairmen yesterday, ‘that this program is a serious threat to democracy as well as to a Democratic victory on November 3rd.’”

Republican positions both then and now are not generally popular. Who would vote, after all, for more tax cuts for billionaires, more pollution, banking deregulation, gutting Medicare, privatizing Social Security, shipping jobs overseas, keeping drug prices high, and preventing workers from forming unions?

The GOP’s sweet spot, however, is scaring white people about “crime” by minorities, particularly African Americans and Hispanics. Which is why Donald Trump told Congress that “three to five million fraudulent” votes were cast in the 2016 election for Hillary Clinton.

And when they cannot clamp down enough on ID laws or close enough polling places in Black neighborhoods, they fall back on “election police,” the 2022 version of Operation Eagle Eye. As the conservative Town Hall site noted about the special election just held in Virginia that saw that state’s governor’s office flip to a Republican:

“Not only did the RNC indeed have ‘a robust poll watching operation,’ involving 50 election integrity trainings with over 3,200 attendees, but such an operation produced results. In the 37 [many minority] target Virginia counties, poll watchers covered 100 percent of polling locations, the November memo confirmed.”

This is one dimension of a much larger, nationwide campaign of Republican voter suppression election fraud, using the phony excuse of trying to stop “voter fraud.”

This year, and particularly in 2024, they are reviving Operation Eagle Eye to have armed militia volunteers and “election police“ confront people in their own neighborhoods on election day, all in a craven attempt to discourage minority voting.

Doubling down on that effort, they’re also stepping up the rate at which they close polling places in largely Black communities to further stretch out lines and discourage voters. For example, the new Georgia “voter fraud” law that just went into effect allowed the GOP takeover of Georgia’s 29% Black Lincoln County’s election board, which this week announced plans to close six of the county’s seven polling places.

That leaves just one place to vote, and that’s in the center of the county’s largely white town. As CNN reported, many Lincoln County voters will “have to travel more than 20 miles to cast their ballots” now.

Now that neither the Supreme Court nor Congress are willing to stop them, we must, like Paul Revere, awaken the American people to this long-term strategy that’s worked so well for the GOP since 1964, usually producing widespread disenfranchisement and hours-long lines to vote in minority neighborhoods.

The struggle for democracy in our republic is far from over, and the next battlefield will be the election this November. Republicans are doubling down on every tool they have ever used to suppress the vote. Spread the word.

© Thom Hartmann, used with permission. Originally published on The Hartmann Report as Will America Look the Other Way on the GOP’s New Election Police? 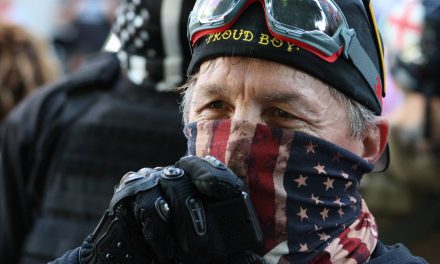 Our authoritarian society: When an American political party needs an armed paramilitary wing to rule 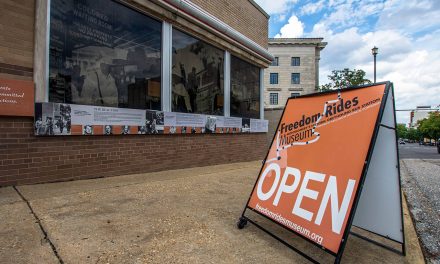 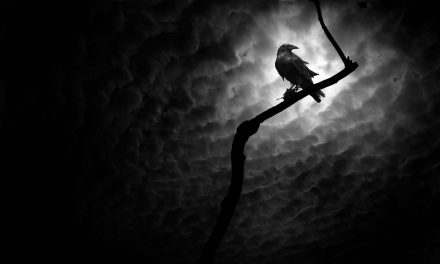 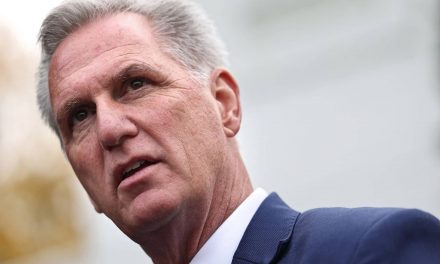