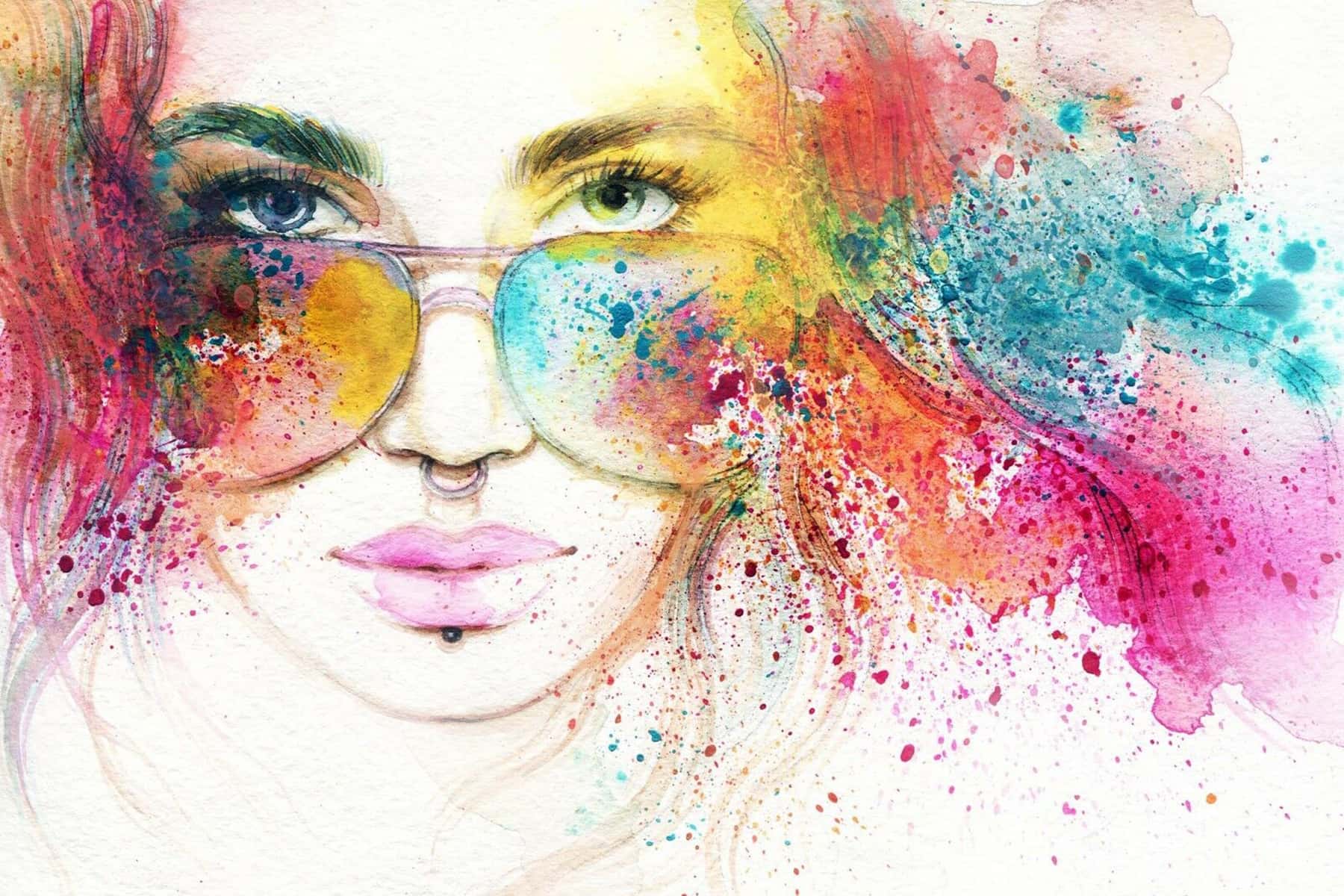 Abortions and guns. Few issues are as polarizing or have so completely dominated the national discourse in recent years. Across the country, states have passed hundreds of measures to either curb or expand access to both.

Missouri is a textbook example of a Republican-controlled state on both: hostile toward abortion access and lax toward guns. It is one of nine states where lawmakers voted to ban abortion this year. Missouri’s ban, which prohibits the procedure after eight weeks, with no rape or incest exception, was set to take effect Aug. 28, before a federal judge temporarily blocked it from being implemented. Planned Parenthood and the ACLU of Missouri are challenging the law in court.

Meanwhile, as some states have been fortifying their firearm laws in the wake of mass shootings, Missouri has done just the opposite—making it even easier for residents to get guns. Research shows why gun access is a women’s issue every bit as much as abortion access: Men own most of the guns and do most of the shooting, including killing women. 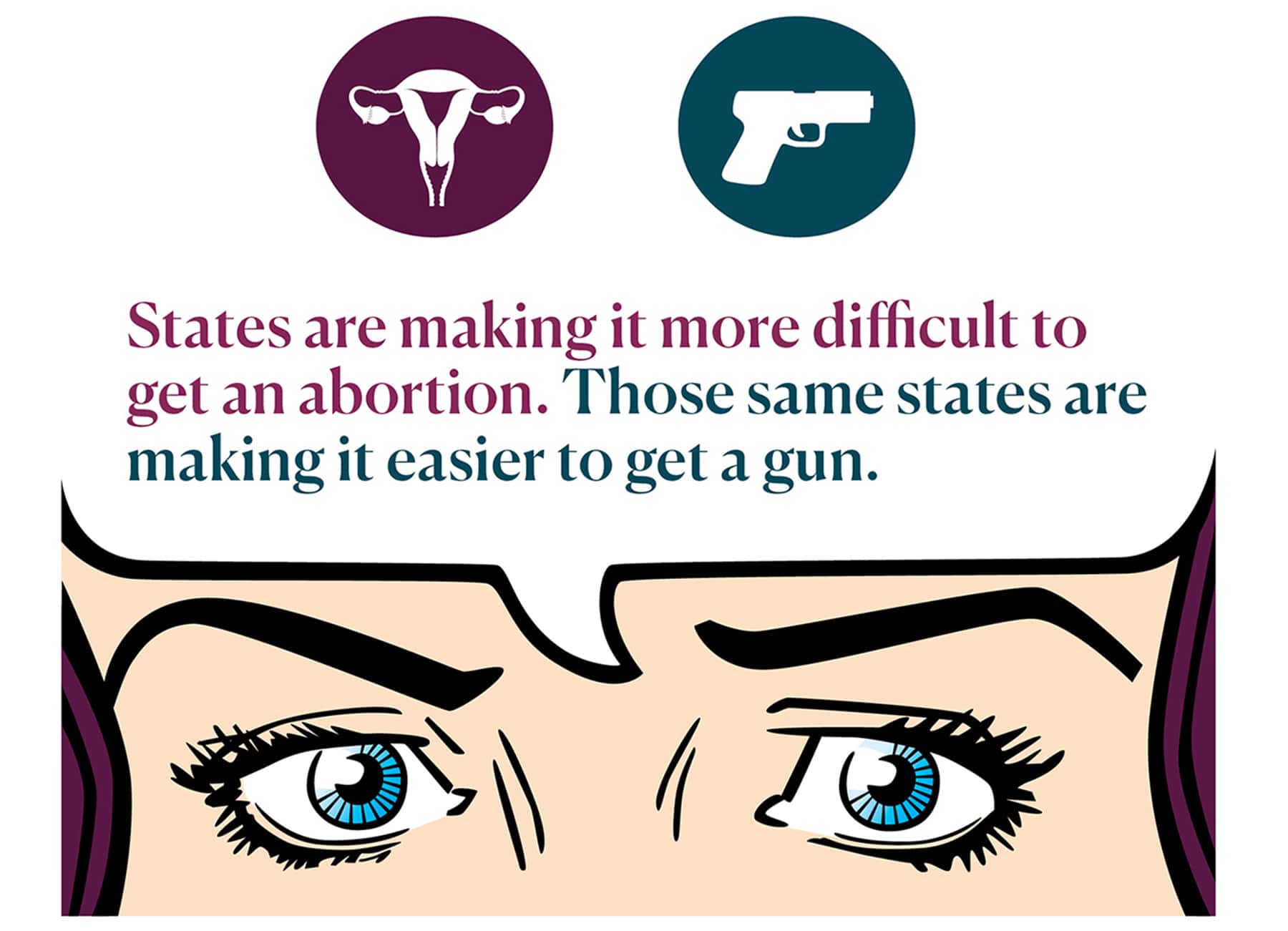 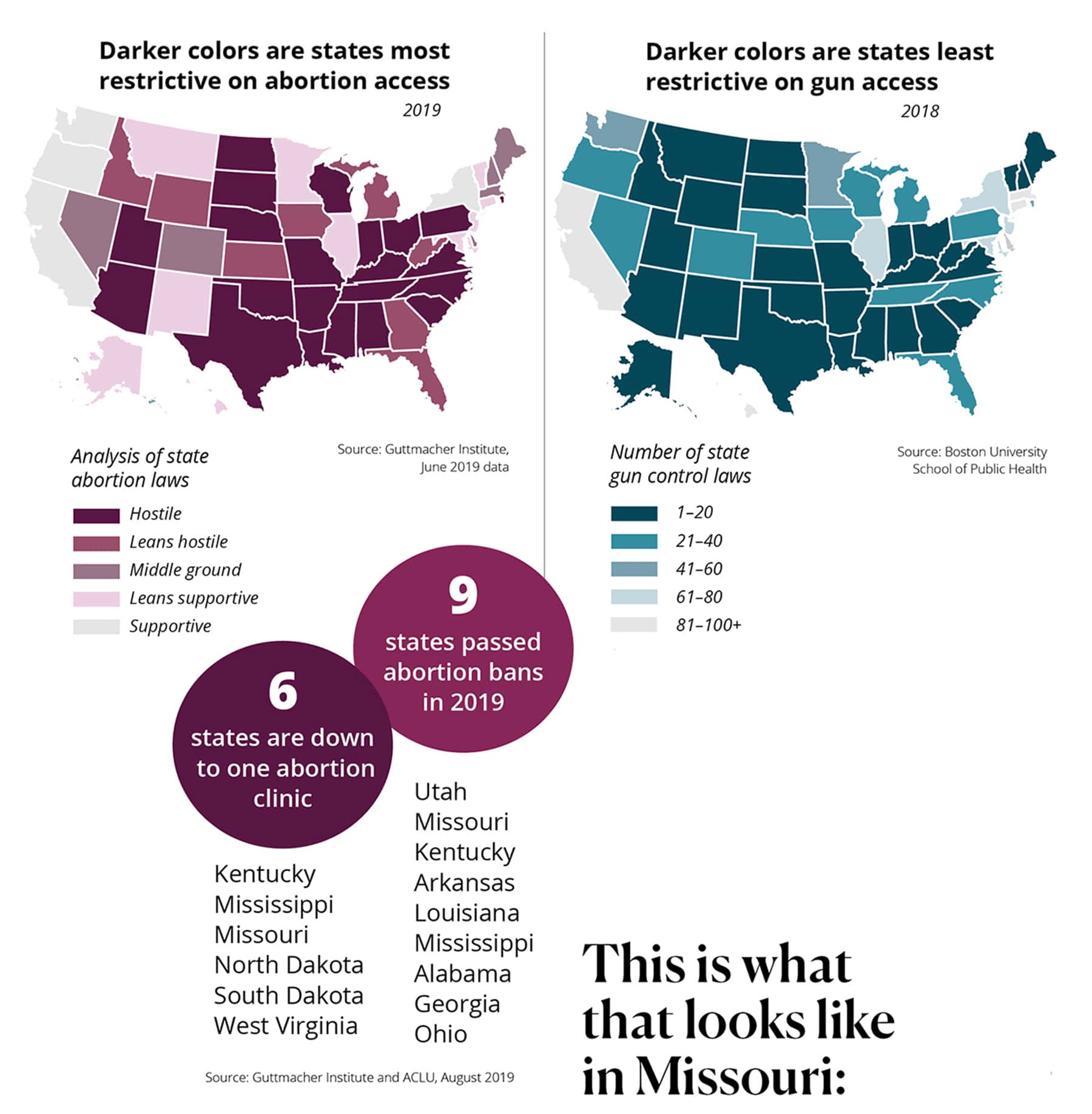 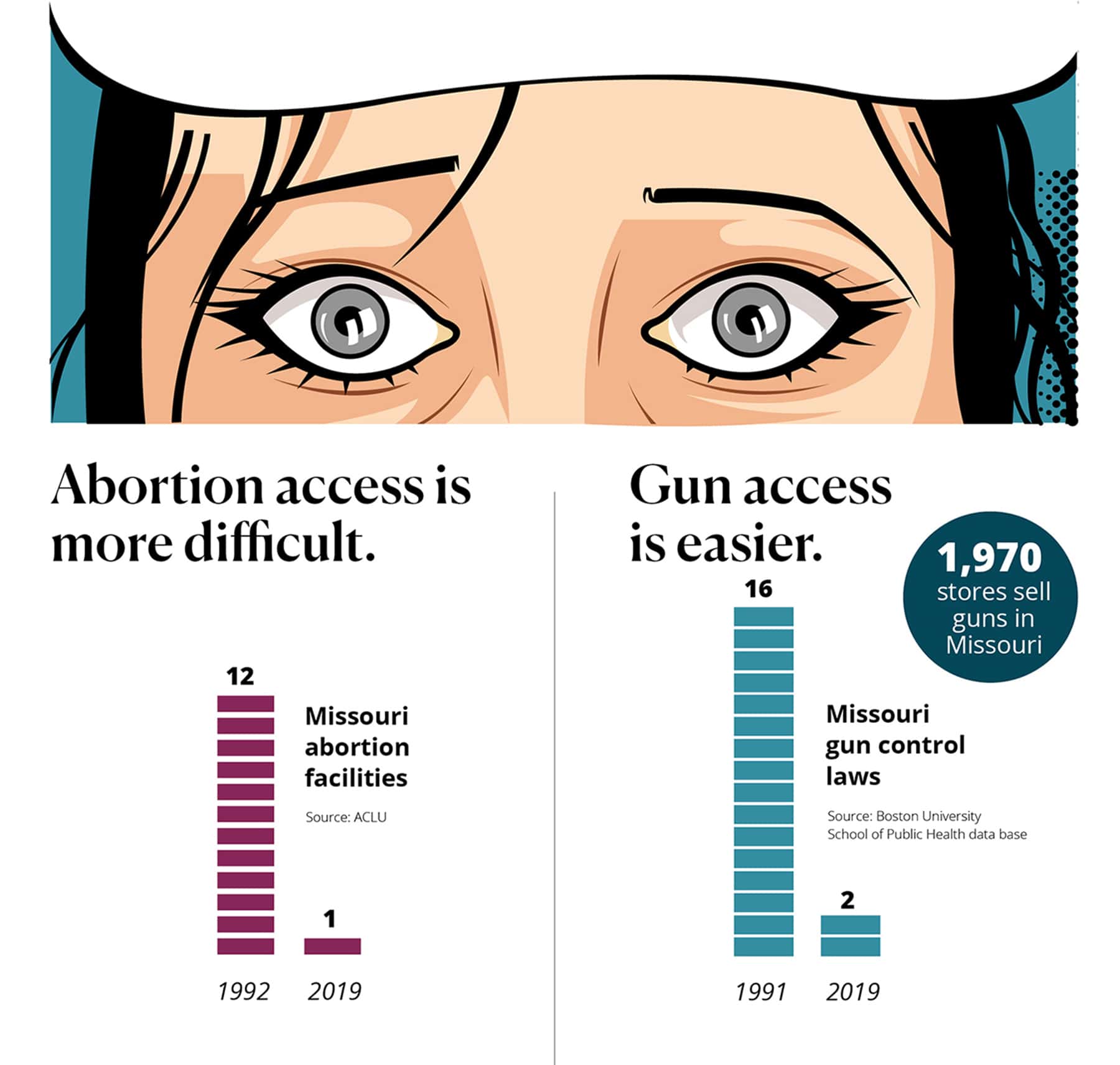 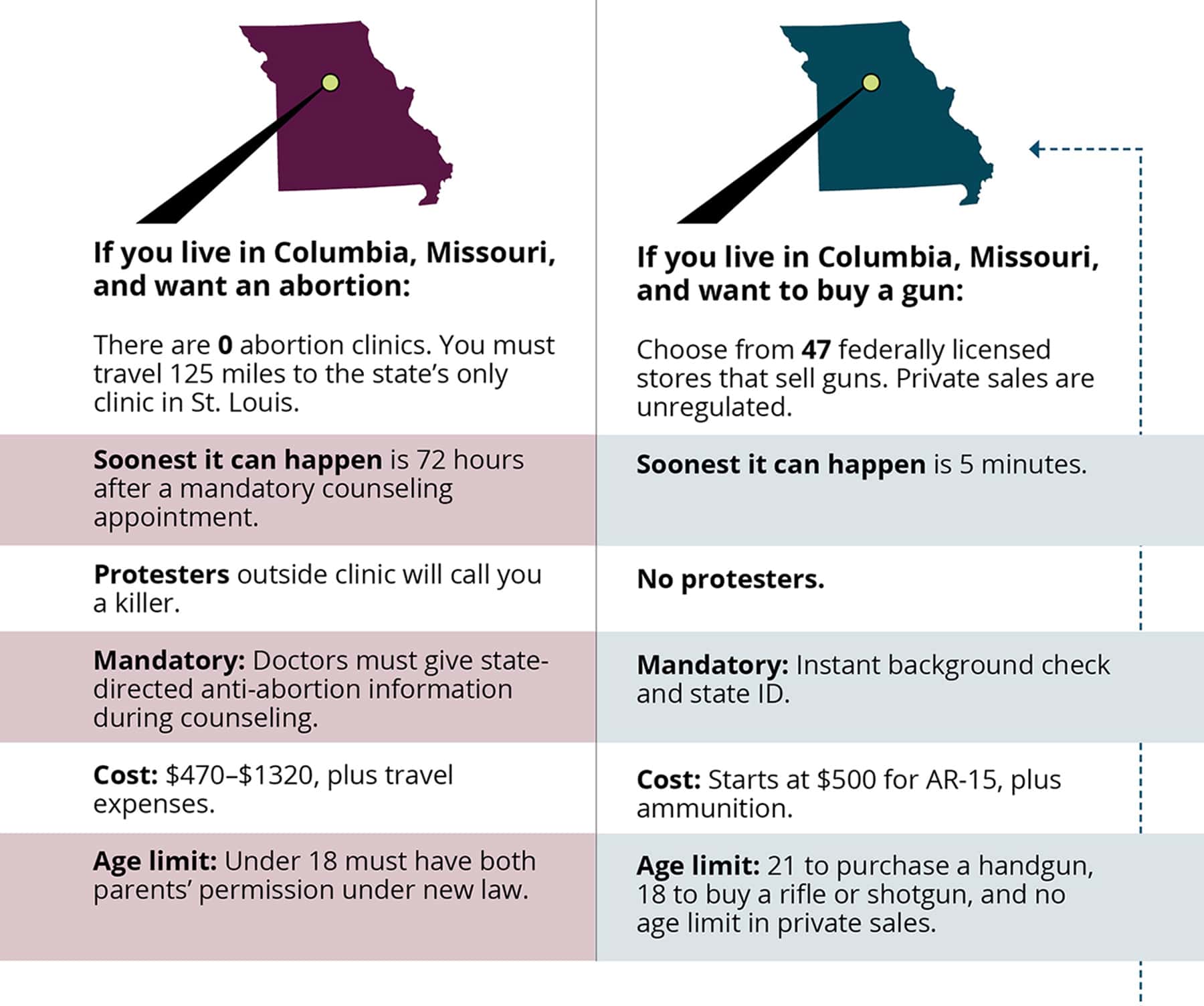 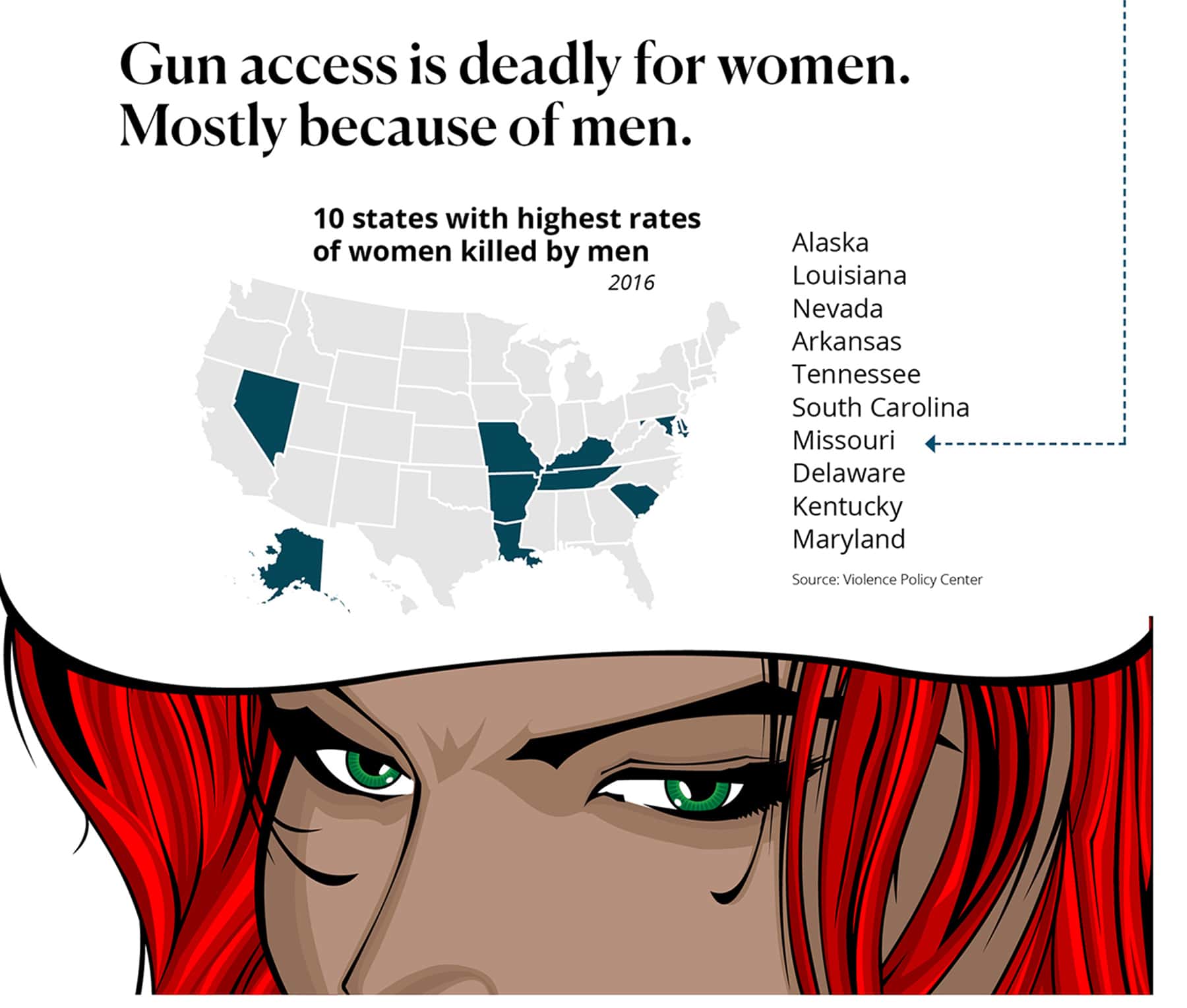 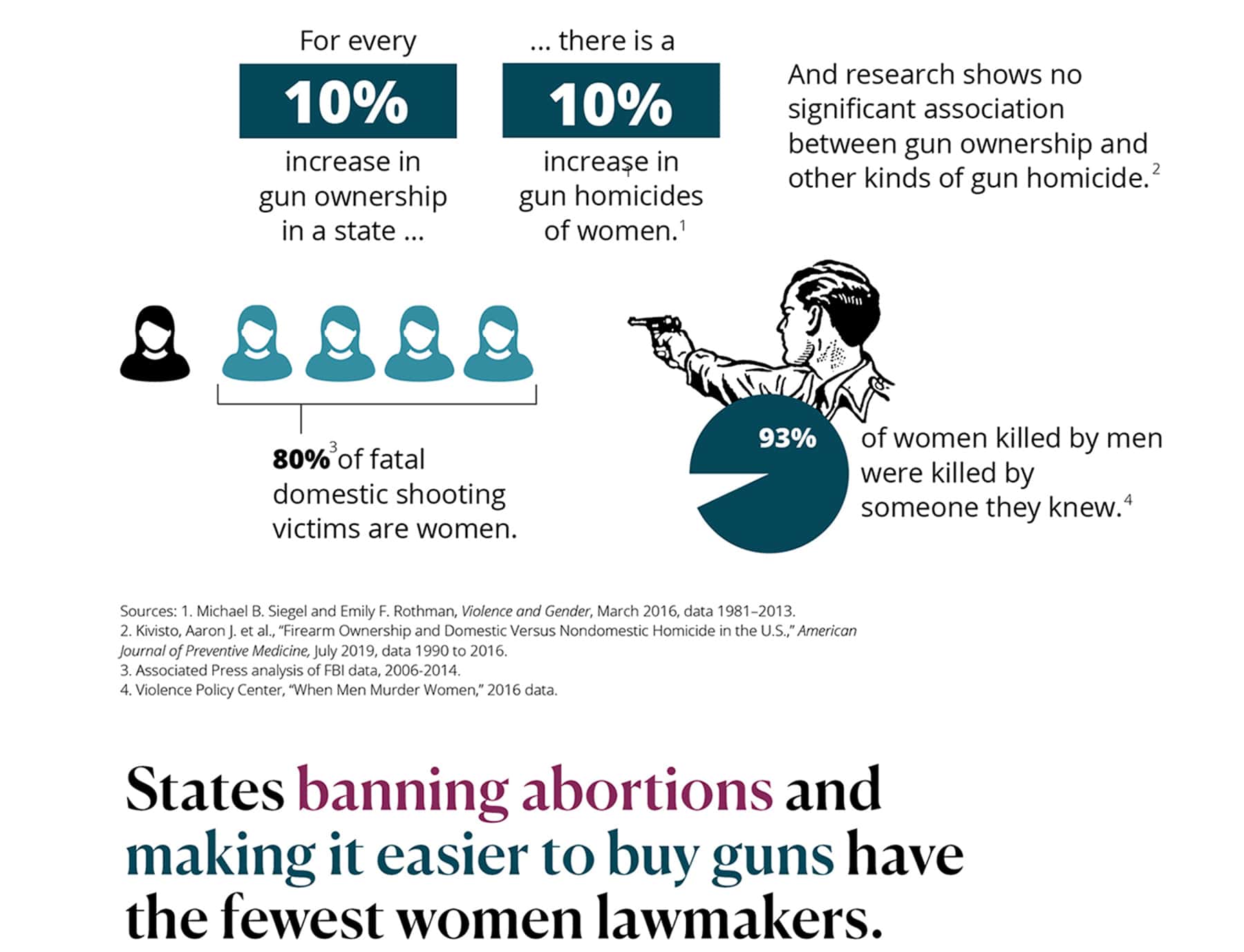 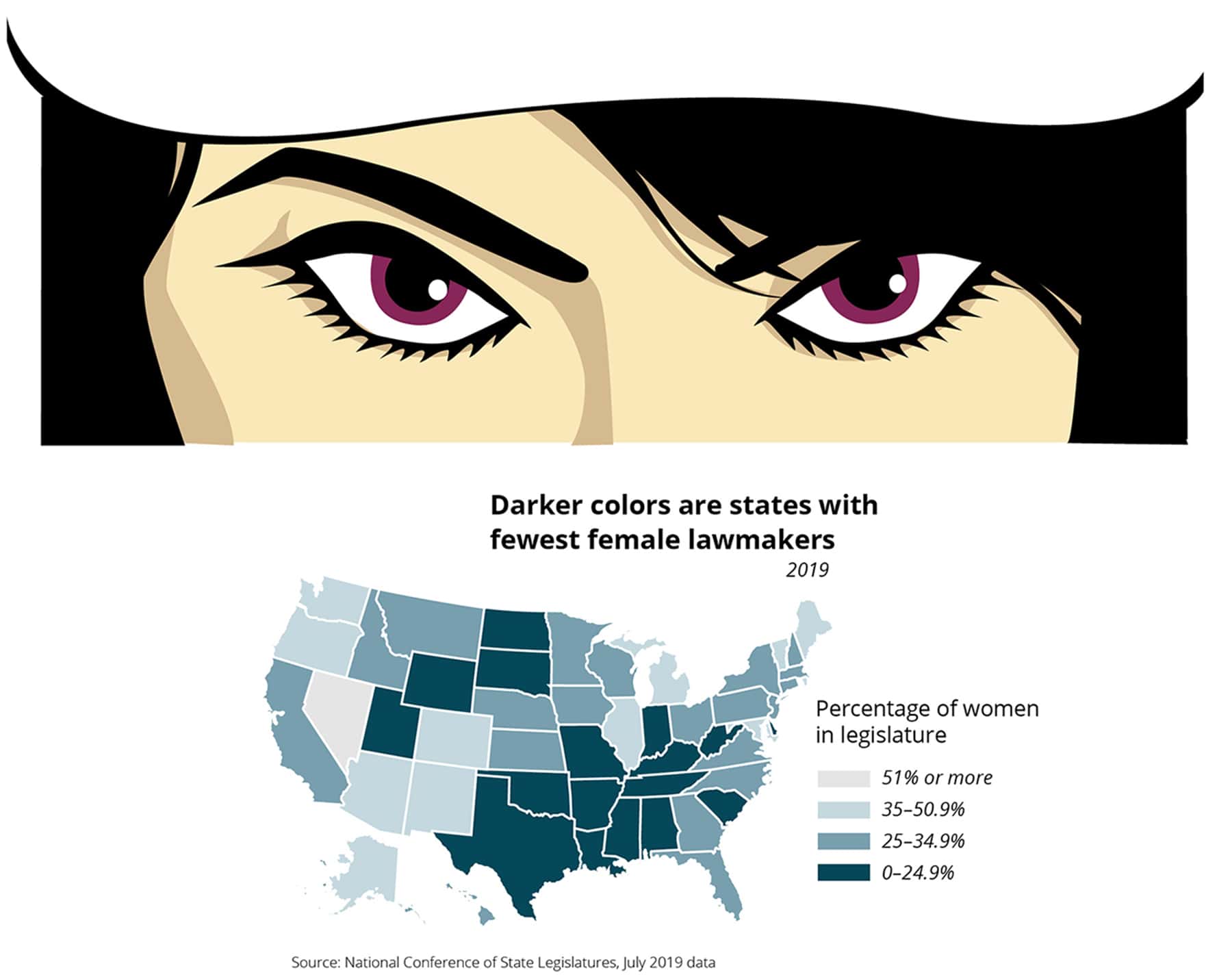 Originally published by YES! Magazine as What Abortion Bans and Easy Gun Access Have in Common 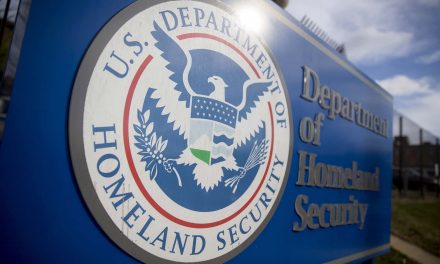 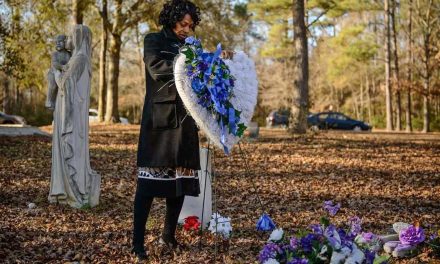 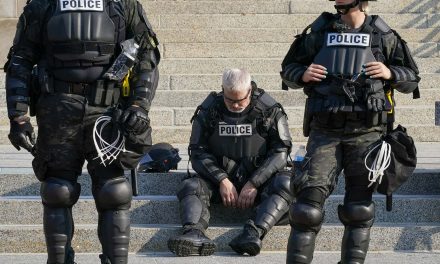 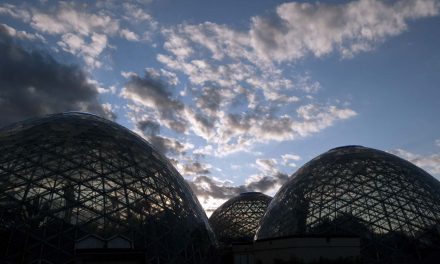