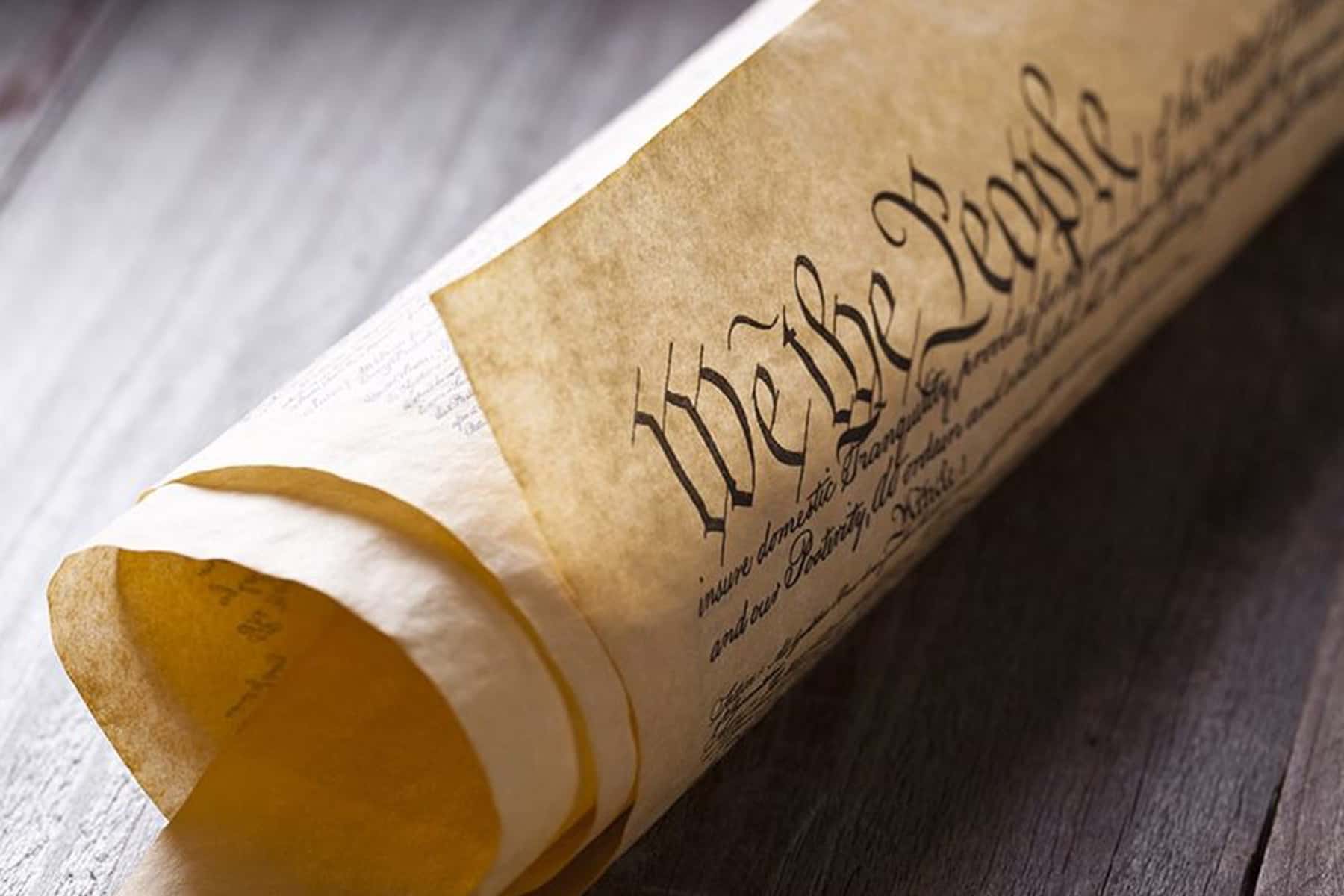 Constitution worship does not encourage or even tolerate critical thinking about the Founders or their work. Nor does it make room for any inquiry into where they might have got things wrong or where or how the Constitution may need fixing. I believe the Alt-constitution threatens the values, norms and principles that make up our constitutional tradition.

About 10 years ago, I spent a sabbatical on the Maine coast writing a book about the Constitution. One afternoon, an eager reference librarian who knew about my interests invited me to a talk at the library. The featured speaker was a woman who proudly called herself a “Constitutional Patriot.”

The speaker was self-educated and her message was simple: Liberal elites – judges, politicians and academics – had perverted the meaning of the “True Constitution.” Getting the Constitution “right,” in her view and in the view of a great many far-right conservative groups and organizations, all of them constitutional patriots of a sort, means understanding the Constitution as the Founders understood it.

Getting the Constitution “right” thus means returning the Constitution to its original meaning. It also means that the Constitution, as they read it, advances a particular and deeply conservative worldview, where “We the People” includes only those citizens who would have qualified for citizenship at the founding (which is to say, whites), a strong commitment to states’ rights and extensive – if not absolute – protections for freedom of speech and guns. It is a view that many in the alt-right share.

Most observers think the alt-right are conservative extremists, defined chiefly by their loud and proud commitment to white racial superiority and privilege. But there’s much more to the alt-right.

I’m a constitutional scholar and in my latest book, Fracturing the Founding: How the Alt-Right Corrupts the Constitution, I show how the alt-right and a wide variety of extremist organizations advance a comprehensive – if not entirely comprehensible – vision of the American Constitution.

What I call the Alt-constitution is an odd mix of the forgotten, the rejected, the racist and the bizarre. It begins with the claim that the Constitution was not only divinely inspired, it is also Christian, conservative and white.

The Alt-constitution – in sharp distinction from the real Constitution – tolerates no restrictions on speech, guns or private property, does not concede that federal laws trump state and local law – although the supremacy clause of Article 6 of the Constitution clearly indicates otherwise – and incorporates the principle of separate but equal.

For the far right, the meaning of every provision in the Constitution is plain or discerned easily by appealing to what the Founders intended. Or failing that, to Holy Scripture.

Extreme right-wing thinking about the Constitution is not limited to radical readings of just a few isolated amendments. Rather, it extends to nearly every part of the document. But you can get a good feel for the Alt-constitution by focusing upon just a few provisions, such as the First, Second and 14th amendments – and on the alt-right subgroups that focus on them.

The far right’s reading of the First and Second amendments – which govern free speech and the right to bear arms, respectively – starts from a simple premise: Both amendments are literal and absolute. The far right holds that the First Amendment allows them to say anything, anytime, anywhere, to anyone, without consequence or reproach by government or even by other citizens who disagree or take offense at their speech.

In sharp contrast, even the Supreme Court’s originalists, who believe that the Constitution’s meaning should be the one it had when it became law, have rejected this absolutism.

In both DC v. Heller, a 2008 ruling that concluded that the Second Amendment does protect an individual right to own certain kinds of weapons, and McDonald v. City of Chicago, which made that right applicable to state governments, the court conceded that the Second Amendment does not, as conservative icon Justice Antonin Scalia wrote, protect a “right to keep and carry any weapon whatsoever in any manner whatsoever and for whatever purpose.”

The Sheriff’s Brigade of Pennsylvania – “a law abiding grassroots organization comprised of patriotic, freedom loving Americans” and definitely not “to be construed as being a militia group, a para-military group” – disagrees. On their website, they say that “Justice Scalia is wrong … We all have a God given, individual right to bear arms, any arms!”

Citizenship and due process

The absolutism of the Alt-constitutionalist’s perceptions of the First and Second amendments has little to do with the real Constitution. But at least it is easy to grasp. The Alt-14th amendment, in contrast, is a muddle.

Briefly, the 14th Amendment is the cornerstone of the three Reconstruction Amendments passed after the Civil War. It overruled the infamous Dred Scott case by making African Americans – and every person born in the United States – a citizen.

The amendment also guarantees due process of law and equal protection of the laws to every person in the jurisdiction of the United States. And as interpreted by the Supreme Court, the 14th Amendment’s due process clause makes most of the provisions of the Bill of Rights applicable to state governments.

Sovereign Citizens, for example, see in the 14th Amendment a conspiracy to deprive them of their inalienable rights and to swap out their “sovereign” citizenship with an inferior “federal” or “contract” citizenship. As sovereign citizens, they believe they are not subject to federal laws that they think violate the original meaning of the Constitution.

The most important thing any constitution does is to determine our identity – to tell us who “We the People” are and what we believe. This understanding of the role of a constitution leads directly to why the radical right believes its version of the constitution is so important: They use the Alt-constitution as a tool in their ongoing struggle to remake America in their image.

Getting the Constitution “right” thus includes a concerted effort to teach citizens that the Constitution embraces the extreme right’s conservative world view. Just as Evangelicals parse “The Word” in Bible clubs, constitutional patriots form study groups and give lectures at local libraries and other civic places. They produce and purchase instructional materials to teach each other and their children fundamental constitutional truths – true or not.

There are constitution classes, complete with approved texts – W. Cleon Skousen’s “The Five Thousand Year Leap” is a favorite. There are online courses: David Barton’s Constitution ALIVE! “covers the key principles that make the U.S. Constitution the most remarkable political document of all time.” And there are even constitution “boot camps.”

I believe that what goes on in these courses is less education than evangelizing. In the radical right, constitution worship is an article of faith. As David Barton proclaims in his “Constitution Alive!” course, the Constitution “is the most remarkable political document of all time.”

Or as Ronald Mann wrote in his introduction to Skousen’s “The Five Thousand Year Leap,” the choice for the Founders at Philadelphia was between “Christ or chaos.” This threat is not confined to the fringe elements of conservative politics.

The Alt-constitution’s principles have shown up in the mainstream right’s renewed interest in states’ rights, sometimes expressed in ideas like nullification – the proposition that states can disregard federal laws – or even secede from the Union. 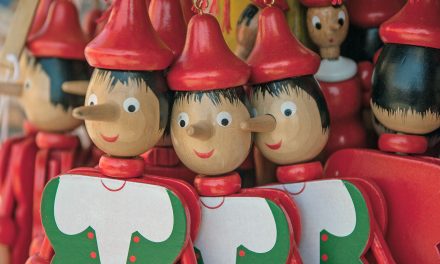 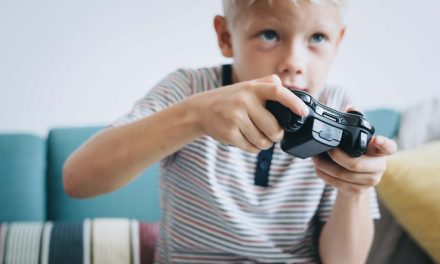