To assist the explanation, this infographic details the relationships between Wisconsin, the United States, Taiwan and China, as well as Foxconn, Gou, and Trump.

To assist the explanation, this infographic details the relationships between Wisconsin, the United States, Taiwan and China, as well as Foxconn, Gou, and Trump.

Taiwan was annexed by China’s Qing dynasty in 1683, but it lost control of the island to Japan in 1895. It was part of the Japanese colonial empire until that country’s defeat in World War II. The Republic of China took over after the war, but when the Kuomintang government of the Republic lost control of the mainland to the Chinese Communist Party, it retreated to the island and set up shop there.

The mainland feels Taiwan is therefore a rebellious province and must be reunited. This is not negotiable from the Party’s perspective. The Taiwanese generally feel otherwise.

Terry Gou founded Hon Hai Precision Industries Company, which is known by the more popular name Foxconn, in 1974. Foxconn and other Taiwanese firms were early to recognize the business opportunity that China presented. It had a common language and many shared cultural aspects with Taiwan, and most importantly, it had a seemingly limitless supply of semiskilled young people to work in factories.

Foxconn was one of the early Taiwanese firms, along with companies like Quanta Computer, Inventec, Compal, Asia Optical and Delta Electronics that set up huge factory campuses in China to manufacture all manner of products. Ultimately, this output included many of Apple’s products, like iPods, iPhones and iPads. By around 2005, Taiwanese firms controlled upwards of 60% of all electronics exports from China. Since then, mainland Chinese companies have also emerged, assuming and copying that model.

As of 2019, Foxconn is one of the largest employers in China, with huge campuses in Shenzhen, Zhengzhou, and other cities across the mainland. Terry Gou no doubt has important relationships with the Chinese Communist Party and government, especially at the provincial level if for no other reason than having received grants of land and other incentives in exchange for creating jobs for so many people. Having had such an important role in China’s rise, he is undoubtedly respected and well regarded in those quarters.

In 2017, Foxconn announced a high profile investment in Mount Pleasant, Wisconsin. It is a type of proposal that can be called a “state visit project,” and quite a few people have expressed mounting skepticism on whether this project is actually going to go forward

Initially planned as a Gen 10.5 liquid crystal display factory, the company seems to have backed off from that ambition. Construction of infrastructure and at least one initial building are underway. From plans shared by the Racine County Eye, it looks like they are building a TV or computer monitor assembly building. However, it does not look like an LCD fab is underway, at least not yet.

The plans appear to have been declared trade secrets, although it is not clear how the exterior elevations of buildings, which presumably must be shared with local planning officials, can be classified as such. After all, that is what the world will see — of course, one may have to wait a few years and look at it on Google Maps!

There is not that much information about the relationship between Terry Gou and Donald Trump beyond what is reported in the news. Gou was one of the early international businesspeople to meet with Trump, and he has visited with the president more often than most foreign heads of state. They apparently flew over Wisconsin and Trump claims to have pointed out where he thought Foxconn should build.

The president carried Wisconsin in the 2016 election, and has been a frequent visitor to the state since then. His last stop in the state was a campaign rally in Green Bay on April 27. Trump clearly see its importance in securing reelection in 2020.

Terry Gou as candidate for president of Taiwan

Presidential primary elections for Taiwan will likely be held in the latter half of 2019, with the general election scheduled for January 11, 2020. The current president, Tsai Ing-Wen of the Democratic Progressive Party, was elected in 2016, and while she is eligible to run for a second term, she is not very popular.

Terry Guo announced his candidacy for president of Taiwan on April 17, 2019. According to a colleague in Taiwan, Guo’s campaign launch has triggered a lot of discussion, but it is not yet clear that he will win the Kuomintang primary. Polls in April 2019 find him running second behind Han Kuo-Yu, mayor of the city of Kaohsiung, the economic center of southern Taiwan.

Voters are keenly aware of Guo’s closeness and complicated relationship with China, and media outlets in Taiwan have started pointing out working conditions in Foxconn factories that led to a spate of suicides some years ago — the company responded by installing nets where employees were jumping.

What does all this mean for Wisconsin?

As noted earlier, where Wisconsin fits in this global web of political and business connections is really complicated.

Gou has indicated that he is stepping down from his role as chairman of Foxconn. The new leadership of the company could use it as an excuse to rationalize what they are doing in and around Mount Pleasant, though that presumes that Gou won’t still have a very large voice in what goes on.

The Chinese Communist Party news outlet Global Times has suggested “that they are quite fond of Mr. Guo.” It even refers to the Kuomintang as pro-reunification. If Gou secures a primary win and became a candidate for president of Taiwan, it is not clear what would happen. For now, this party’s support for reunification would seem to be implausible, but stranger things have happened in recent years.

What is clear from the rapidly evolving trade talks between the U.S. and China is that their relationship is not going back to a scenario where so much is manufactured in China for export to the U.S. Business leaders hate uncertainty, and the imposition of higher tariffs on Chinese imports on very short notice will convince those manufacturers who haven’t already taken action that they have to diversify their strategies.

It will no longer be acceptable for a company to do all of its manufacturing in China to serve the entire global market — it is likely there will more diversification in manufacturing location choices. Some manufacturing is already moving from China to Southeast Asia, the Philippines, and Mexico. 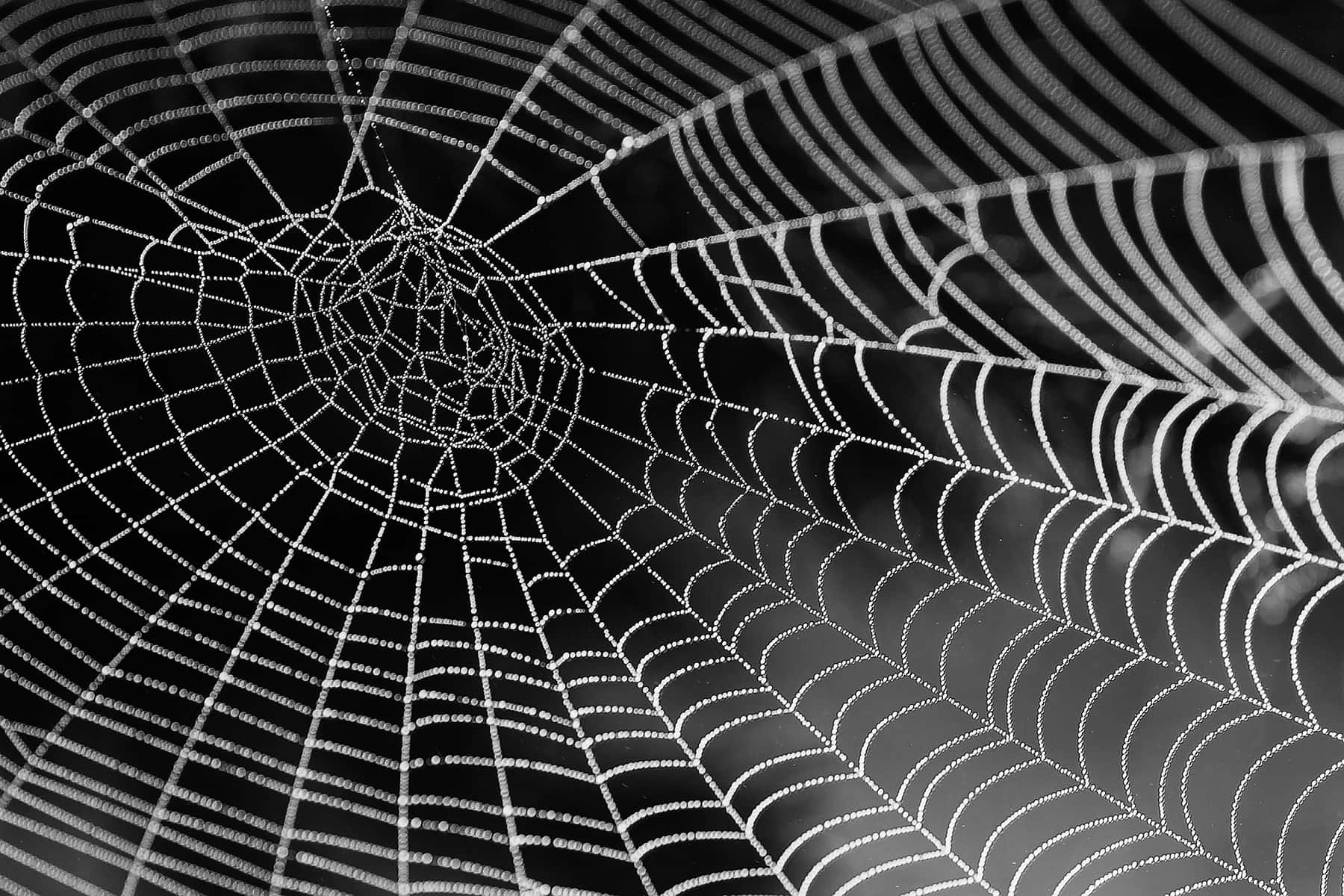 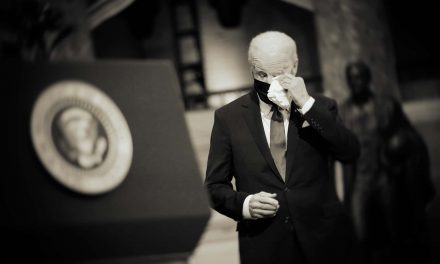 Seeing the Facts: President Joe Biden asks Americans to believe the truth of January 6 with their own eyes 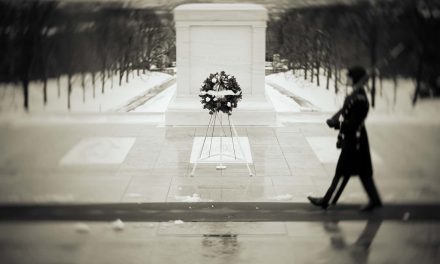 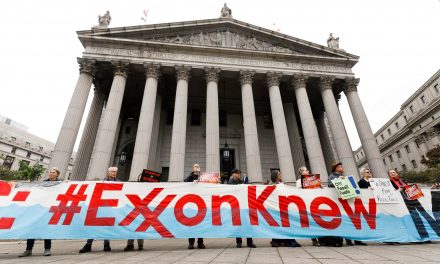 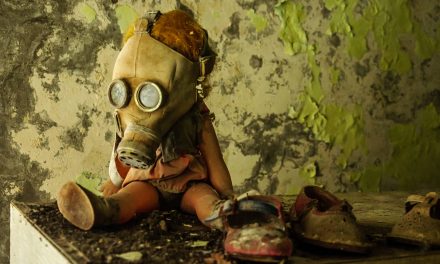