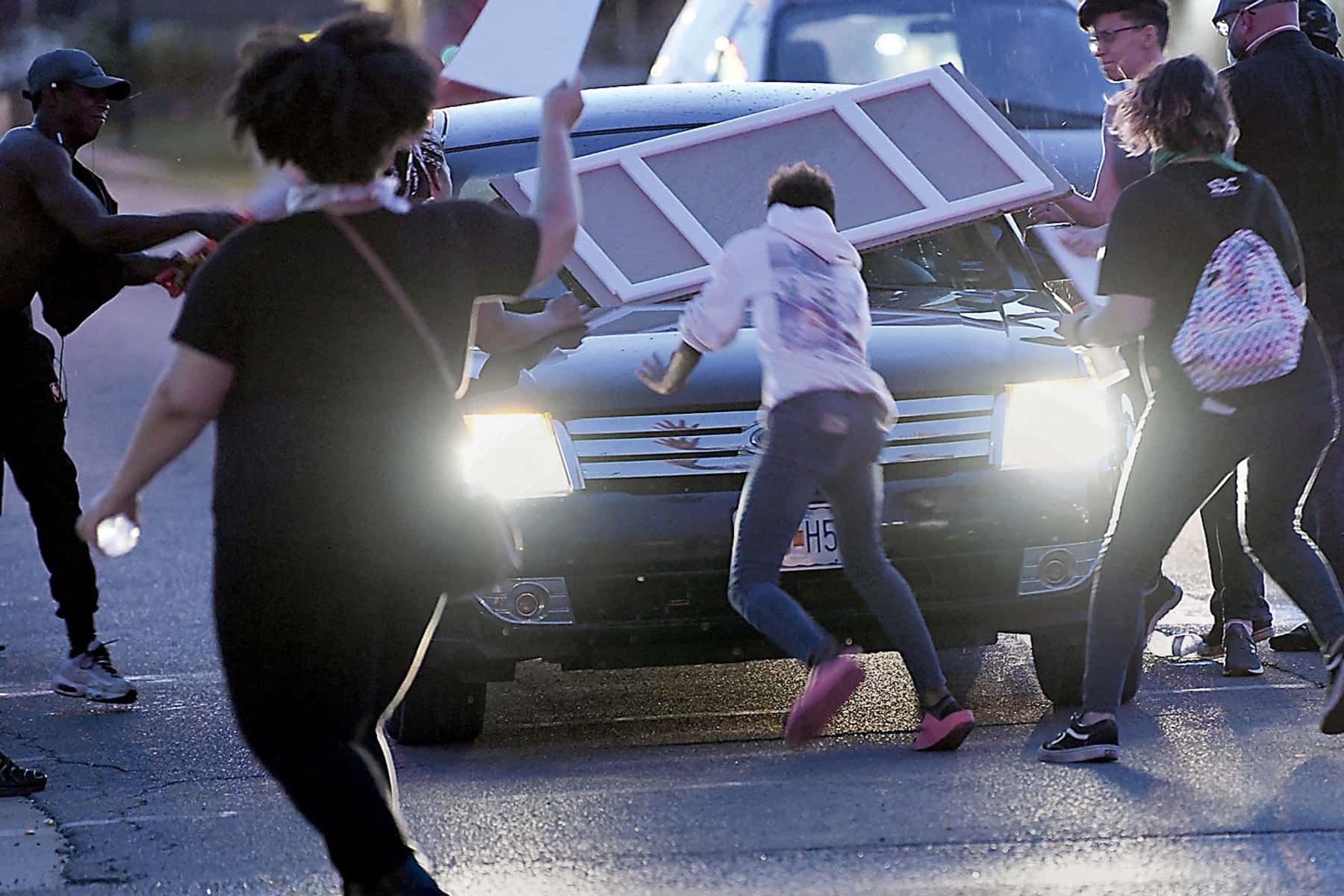 In late September a black pickup truck plowed into a large crowd of anti-racist demonstrators protesting the police killing of Breonna Taylor in Hollywood. Video of the incident shows the driver hit a young man, subsequently accelerating over his body to escape a crowd converging on him.

In Seattle, a man in a black sedan car barreled into a large demonstration protesting the killing of George Floyd. After he stopped, he got out and shot a protestor at point blank range. The crowd scattered in terror. The man calmly left the area. Meanwhile, in Buffalo a woman screaming racial slurs slammed her truck into an anti-racist demonstration.

Incidents like these have become commonplace all over America. Wherever there are protests over racial injustice, there often are acts of violence against them. Indeed, according to Ari Weil, a terrorism researcher at the University of Chicago’s Project on Security and Threats, there were 104 separate incidents of drivers crashing into protests between May 27 – the date of the George Floyd killing – and September 5, including 96 civilians and 8 police vehicles. The motivations behind some of the incidents are unknown or contested.

Vehicular based terror attacks have been common for many decades in some parts of the world, but are only recently gaining a grizzly popularity in the United States. Perhaps the most infamous incident was the 2017 Charlottesville attack, where James Alex Fields Jr. plowed through a crowd of anti-racist demonstrators, protesting the far-right gathering happening in the Virginia town. Fields killed activist Heather Heyer and injured 28 more. He was sentenced to two life sentences plus an additional 419 years for his crimes.

Videos of these incidents have spread like wildfire among alt-right and Neo-Nazi circles, with many users on far-right forums encouraging others to do the same. The hashtag “All Lives Splatter” continues to be a popular one on social media like Instagram or Twitter.

Many of the actions against Black Lives Matter protesters seem to have the tacit approval of local law enforcement. The driver of the Hollywood truck was immediately detained but quickly released by the police, a remarkable decision, given she was a suspect in what could have been considered a major terror attack. And after shooting protesters at point blank range in front of them, the Seattle attacker calmly walked towards police lines, where officers protected him, turning their backs on the armed killer, to shield him from unarmed demonstrators.

After the incident, Seattle Detective Mike Brown was suspended from the department after sharing an “All Lives Splatter” meme on his Facebook profile. The post features a truck driving over a line fleeing protesters, with the text “get your ass off the road.” Meanwhile, Wisconsin police openly fraternized with Kenosha killer Kyle Rittenhouse, telling the armed 17-year-old “we appreciate you guys, we really do,” before he went on his spree last month.

Police have also directly encouraged terror attacks on black protesters. In 2016, St. Paul cop Sgt. Jeffrey Rothecker urged residents to run over anyone demonstrating on Martin Luther King Day. “Keep traffic flowing and don’t slow down for any of these idiots who try and block the street … run them over,” he said. Rothecker was also a serial troll, harassing social justice communities on Facebook. “F BLM” and “any others that support what they are doing,” he wrote.

A study of police officers’ public Facebook accounts by Injustice Watch found that 20 percent of officers had shared hate speech or content glorifying extreme violence or murdering of protesters, such as “All Lives Splatter.” This figure rose to 40 percent for recently retired officers.

Police have also rammed protesters themselves. In the immediate wake of the George Floyd killings, there were multiple incidents of NYPD cars plowing into protestors. Demonstrators in Brooklyn had placed a yellow road barrier between themselves and a stationary police car. A second police cruiser accelerates into the crowd, knocking multiple people to the ground before fleeing. The first car follows suit, driving into yet more people. Other videos show that this was not an isolated incident.

While police appear unwilling or unable to prevent, and, in some cases, even arrest perpetrators of crime against protestors, they often overreact hysterically in the opposite direction. Earlier this month, Texas police deployed SWAT forces, bomb robots, and a cavalcade of police to arrest a woman and her dog. She had committed no crime, nor was firmly suspected of any. However, decals on her vehicle read “Black Lives Matter” and “fuck these racist police.” State troopers decided this “anti-law enforcement rhetoric” necessitated such a response.

Meanwhile, when right-wing demonstrators are attacked, the justice system responds quickly. Last week, a person of color drove through a pro-Trump counter-protest, breaking the legs of one man. Unlike with other cases, she was immediately apprehended and charged with attempted murder and assault with a deadly weapon.

Attacks like these against conservative movements are less common, however. According to the Center for Strategic and International Studies, the far-right has been responsible for over 90 percent of the terror attacks of 2020, with religious extremists accountable for the bulk of the rest. With a resurgent far-right and a police force that has shown worrying signs of alignment with them, we are unlikely to have seen the last vehicle attack this year. 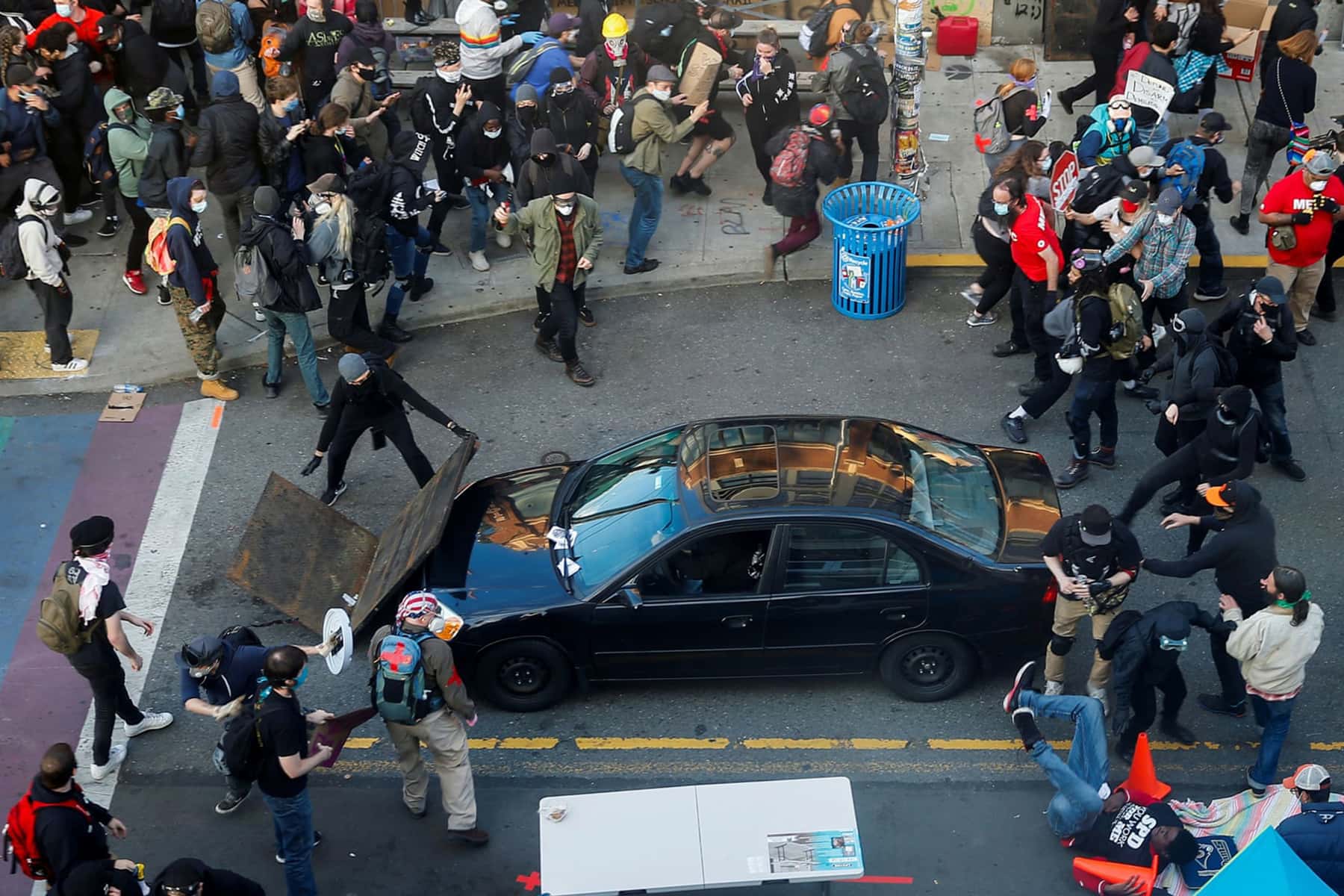 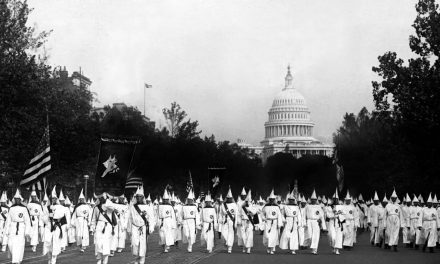 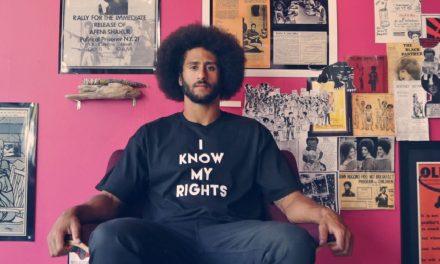 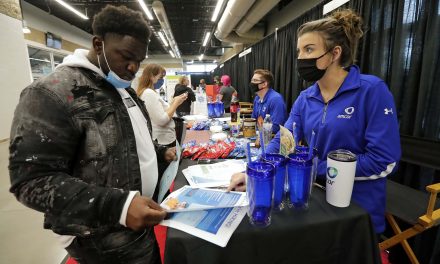