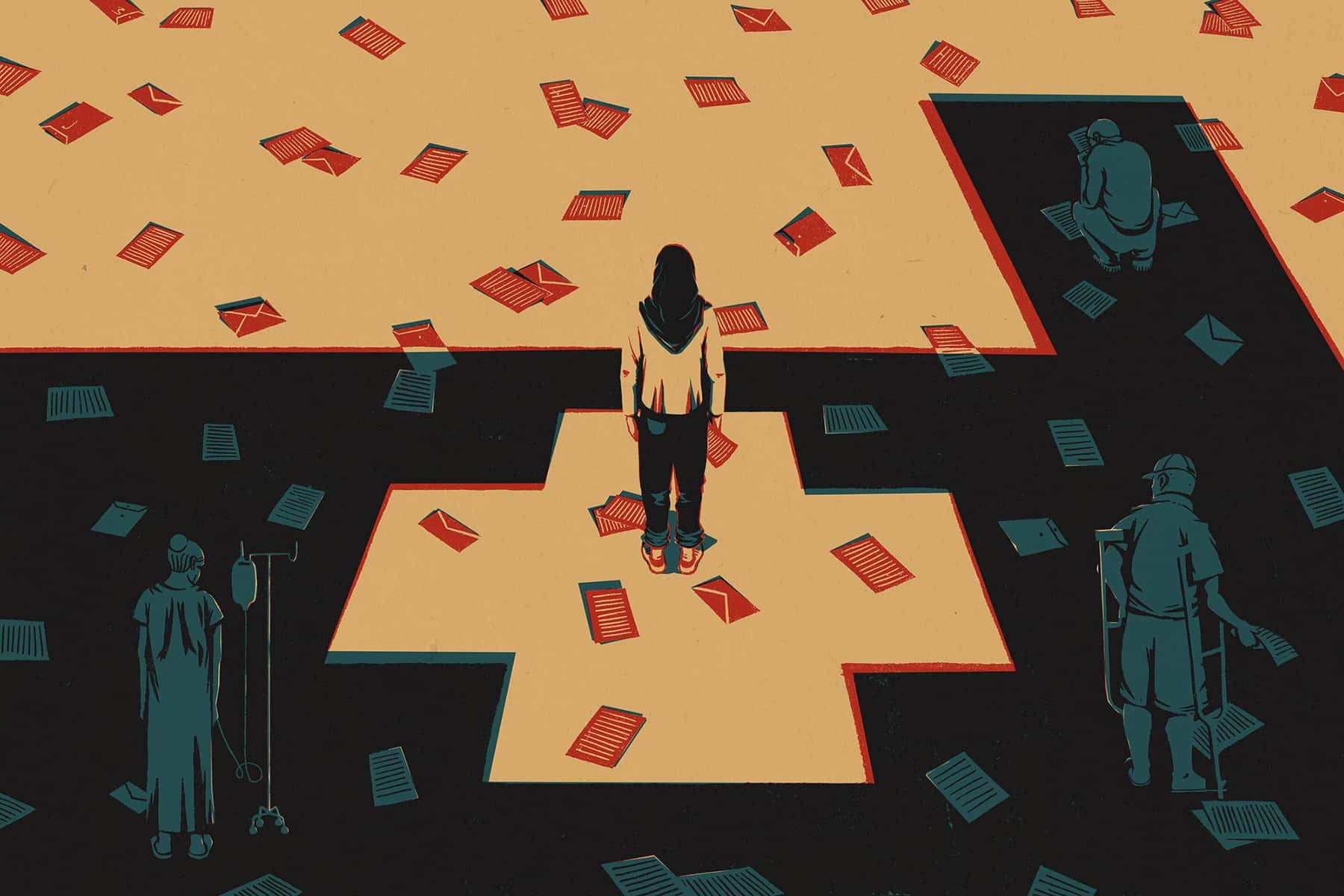 Last year as COVID-19 laid siege to the nation, many U.S. hospitals dramatically reduced their aggressive tactics to collect medical debt. Some ceased entirely. But not all.

There was a nearly 90% drop overall in legal actions between 2019 and the first seven months of 2020 by the nation’s largest hospitals and health systems, according to a new report by Johns Hopkins University. Still, researchers told ProPublica that they identified at least 16 institutions that pursued lawsuits, wage garnishments and liens against their patients in the first seven months of 2020.

The Johns Hopkins findings – which first reported the results, are part of an ongoing series of state and national reports that look at debt collections by U.S. hospitals and health systems from 2018 to 2020.

During those years more than a quarter of the nation’s largest hospitals and health systems pursued nearly 39,000 legal actions seeking more than $72 million, according to data Johns Hopkins researchers obtained through state and county court records.

More than 65% of the institutions identified were nonprofit corporations, which means that in return for tax-exempt status they are supposed to serve the public rather than private interest.

The amount of medical debt individuals owe is often a small sliver of a hospital’s overall revenue — as little as 0.03% of annual receipts — but can “cause devastating financial burdens to working families,” the report said. The federal Consumer Financial Protection Bureau has estimated medical debt makes up 58% of all debt collection actions.

The poor or uninsured often bear the brunt of such actions, said Christi Walsh, clinical director of health care and research policy at Johns Hopkins University. “In times of crisis you start to see the huge disparities,” she said.

Researchers said they could not determine all of the amounts sought by the 16 institutions taking legal action in the first half of 2020, but of those they could, Froedtert Health, a Wisconsin health system, sought the most money from patients — more than $3 million.

Even after Wisconsin Governor Tony Evers declared a public health emergency on March 12, 2020, hospitals within the Froedtert Health system filed more than 100 cases from mid-March through July, researchers reported, and 96 of the actions were liens.

One lien was against Tyler Boll-Flaig, a 21-year-old uninsured pizza delivery driver from Twin Lakes, Wisconsin, who was severely injured June 3, 2020, when a speeding drag racer smashed into his car. Boll-Flaig’s jaw was shattered, and he had four vertebrae crushed and several ribs broken. His 14-year-old brother, Dominic Flaig, tagging along that night, was killed.

Days after the crash, their mother, Brandy Flaig, said she got a call from a hospital billing office asking for her surviving son’s contact information to set up a payment plan for his medical bills.

Then on July 30 — less than two months later — Froedtert Hospital in Milwaukee filed a $67,225 lien against Boll-Flaig. It was one of seven liens the hospital filed the same day, totaling nearly a quarter of a million dollars, according to the Wisconsin Circuit Court Access website used by researchers.

“It’s during the pandemic, we’re still grieving, and they go after Tyler?” Flaig said. “It’s predatory.” Tyler Boll-Flaig declined to be interviewed.

Froedtert Hospital is the largest in the Froedtert Health system, which includes five full-service hospitals, two community hospitals and more than 40 clinics. The health care system reported more than $53 million in operating income during the quarter ending Sept. 30, 2020 — double the amount from the previous year, according to its financial filings. It has also received $90 million in federal CARES Act money to help with its COVID-19 response and operating costs, a spokesperson said.

Only Reedsburg Area Medical Center, a nonprofit hospital in Reedsburg, Wisconsin, pursued more legal actions in the spring and summer of 2020, with 139 lawsuits and 22 wage garnishments, the study showed. Medical center officials did not respond to a request for comment.

In contrast, Advocate Aurora Health, the top-suing health network in the state before the pandemic, dropped to zero court filings after February 2020, the report found.

Stephen Schoof, a Froedtert Health spokesperson, said in an email he could not comment on the Boll-Flaig case because of patient privacy laws. He also said the health system was unable to comment on the Johns Hopkins study because it had not yet reviewed all the findings. But Schoof disputed the numbers, calling them “inaccurate and misleading.”

Schoof objected to how researchers defined and counted legal actions. He said that Froedtert Hospital ceased filing small claims lawsuits in March 2020 but continued to pursue liens on patients involved in accidents that might result in settlements.

“The lien process does not impact a patient’s personal property and is intended to recoup expenses from settlement proceeds from the negligent party’s insurance company,” he said.

That is what happened in the Boll-Flaig case. Jason Abraham, Boll-Flaig’s lawyer, said the lien is in the process of being settled with the hospital. He said the sum will be covered by the at-fault driver’s car insurance and workers’ compensation insurance since Boll-Flaig was on the job when the accident occurred.

Liens allow hospitals to get paid quickly and by state law must be filed within 60 days of hospital discharge. Because he was hospitalized during the pandemic, Boll-Flaig was released after about 24 hours, his mother said.

Abraham said the hospital was “trying to get to the front of the line because they think there is a pool of money available.”

Wisconsin Watch, a nonprofit news outlet, reported late last year that Froedtert Hospital filed 362 liens through Dec. 11, including 251 after May. That was more than the 300 liens it filed in all of 2019, the news investigation showed.

In New York, the Johns Hopkins researchers found 51 hospitals filed legal action against more than 1,800 patients between January 2018 and mid-December 2020. More than half came from just one health system: Northwell Health, a nonprofit that is the largest in the state, operating 19 hospitals with affiliations at four more across the state.

The most litigious in the Northwell system during that time was Long Island Jewish Medical Center, which filed a total of 2,011 court actions, with more than a quarter of those pursued last year, the research showed.

“During the first wave of the COVID-19 pandemic, most hospitals substantially reduced or even ceased all medical debt lawsuits. However, as the pandemic’s first wave subsided, many New York hospitals resumed business as usual,” the study says.

Although he had not seen the Johns Hopkins report, Rich Miller, executive vice president of Northwell Health, said he was skeptical of its findings, in part because the health system stopped all legal action against patients from April through September of last year.

Northwell resumed filing cases for about two months in the fall of 2020, but has since stopped. Any case filed during the brief resumption has now been rescinded, he said.

Miller said his health system does not take legal action against Medicaid patients, those over 65, the unemployed, people with disabilities or military members. Patients are pursued legally only if they have ignored attempts to work out payment plans or if they have “a strong ability to pay,” he said.

All hospitals have specific guidelines and steps they must follow before taking any “last resort” collection actions, said Marie Johnson, vice president of media relations for the American Hospital Association.

Health care systems must balance the need to be adequately financed with “treating all people equitably, with dignity, respect and compassion,” Johnson said.

But he questioned the wisdom of equating unpaid medical bills, often incurred during emergencies or crisis, with an overdue credit card: “Is this really how we want to process payment disputes?”

Originally published on ProPublica.org as Some Hospitals Kept Suing Patients Over Medical Debt Through the Pandemic 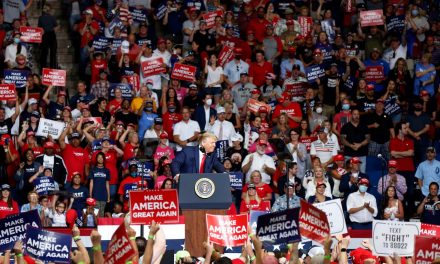 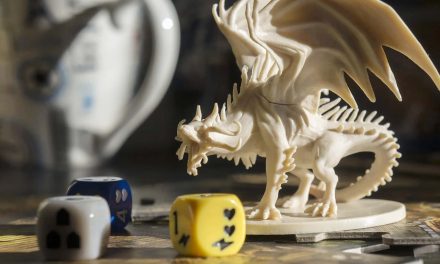 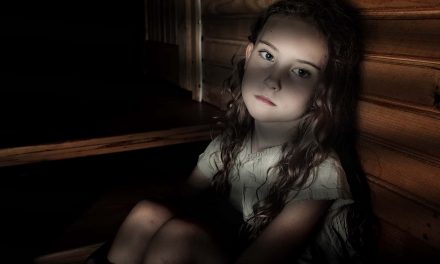 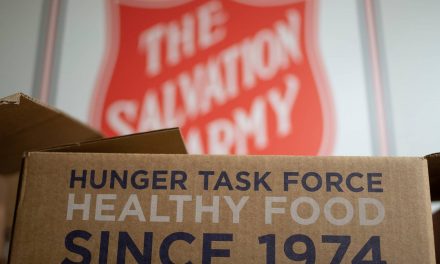