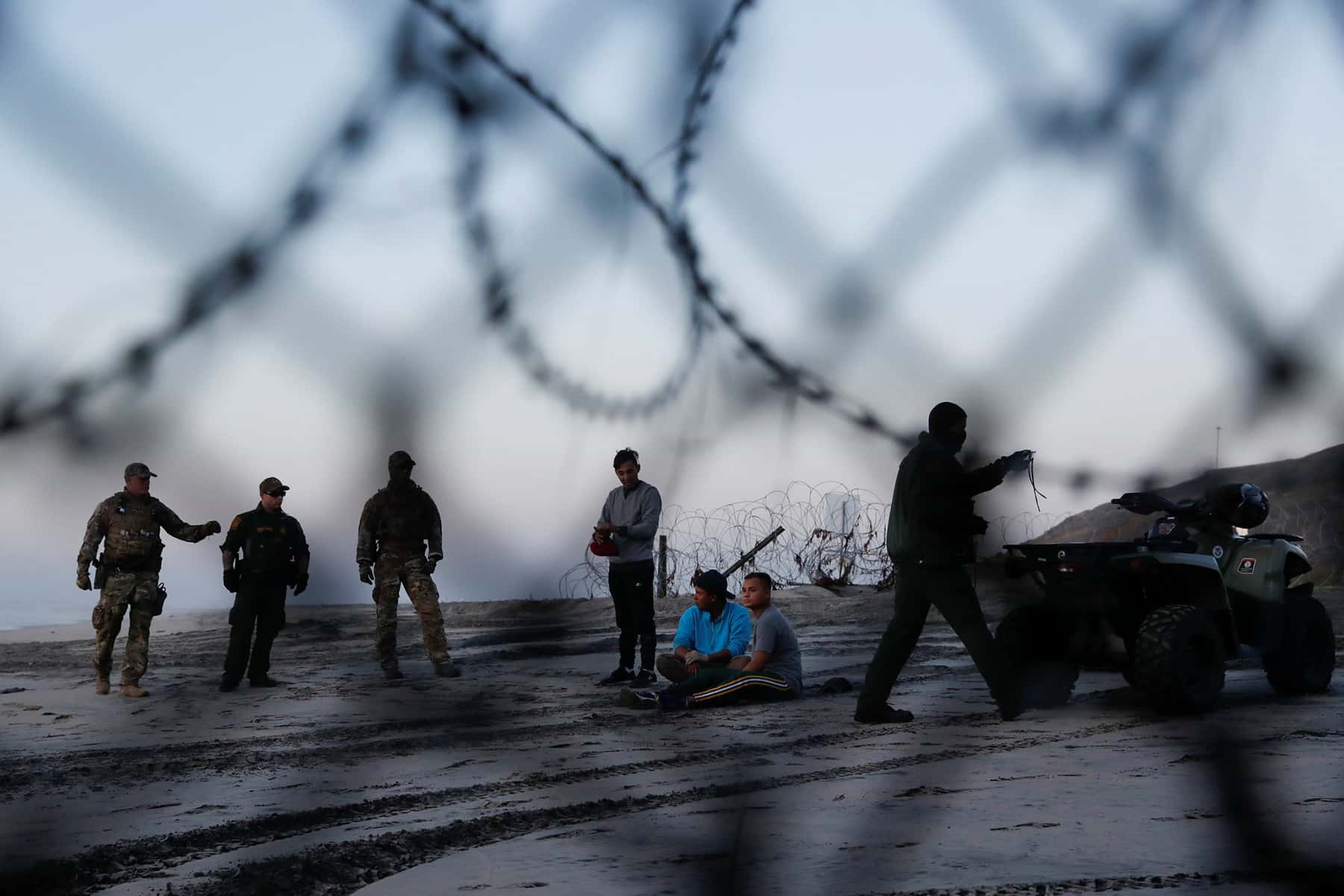 Secret database listed 59 advocates and journalists tied to the migrant caravan, according to leaked documents.

Photojournalist Ariana Drehsler was stopped for a secondary screening three separate times in one week while crossing the US-Mexico border to cover the migrant caravan in Tijuana this winter – unaware that the journey she had taken countless times before was suddenly more complicated because her name was logged in a secret government database.

That database, part of something called Operation Secure Line, listed 59 advocates and journalists tied to the migrant caravan, according to leaked documents obtained by local news station NBC 7.

“I am an observer, I am actually kind of shy, I don’t know what I could’ve done to be put on a watchlist,” said Drehsler, a freelancer based in San Diego.

Drehsler was grouped in the database as “media/journalist,” alongside others identified as “instigator” and “organizer.” Her image in the database, like those of several others, is marked with a bright green X on her face to indicate an alert has been placed on her passport. NBC 7 reported that the database included a dossier on each person.

Civil rights activists and members of Congress have expressed alarm about this database, as well as the arrest of more than 37 other immigration activists by Donald Trump’s administration. They see it as a politically motivated crackdown on media and campaigners as Trump seeks to ramp up the pressure to build a border wall.

“I have not seen this kind of systematic targeting of journalists and advocates in this way,” said the ACLU staff attorney Esha Bhandari. “I think it is very troubling, very disturbing.”

Bhandari said there was a link between the database and the Trump administration’s arrests of immigrant activists and advocates, which could have a chilling effect on people exercising their right to free speech.

The Trump administration has aggressively restricted legal and illegal immigration. And some of those acts have made it easier for the government to justify arrests and deportations of immigrant activists.

One of its first moves after Trump took office was to abandon deportation priorities that instructed immigration enforcement agencies to focus on deporting undocumented immigrants who had been convicted of serious crimes, were national security threats or had recently arrived. Prosecutorial discretion was advised when it came to undocumented immigrants who had been in the US for decades or had strong family or community ties in the US.

The supreme court further emboldened Trump on Tuesday after it ruled that federal authorities can detain immigrants with past criminal convictions for indefinite periods, even after they have served time in detention for their crimes.

That decision means the 10.7 million people who live in the US without legal papers were instantly more vulnerable to deportation – including activists such as the prominent New York City activist Ravi Ragbir. Ragbir, the executive director of the New Sanctuary Coalition, had lived in the US for 23 years when he was arrested during a routine check-in with Ice in January 2018. The government sent him to Florida and planned to then return him to his birth country, Trinidad, but his detention triggered protests and he was eventually released by a judge.

Standing on the steps of the Jacob K Javits Federal Building, home to Ice’s New York office, last week, Ragbir said a fear of Ice would not stop him from speaking out.

“It’s just very uncertain and very traumatizing to know the government is watching you,” Ravi said. “But I can’t allow that to debilitate me … If they’re going to move me, I might as well fight as hard as I can.”

Ragbir was speaking at a rally he helped organize outside the Ice office in New York City to help push for the release of the Gambian immigrant Baba Sillah who, like Ragbir, was suddenly arrested at a routine Ice check-in. Ragbir is able to stay in the US while he pursues a lawsuit that claims his arrest was a violation of the first amendment. He is one of several immigration activists who have turned to lawsuits to fight what they see as retaliatory arrests.

A coalition of three activist groups in Washington filed a lawsuit in October 2018 alleging Ice retaliation against their members. In November 2018, the Vermont group Migrant Justice, which fights for farm workers’ rights, filed a lawsuit alleging the government retaliated against its members through a multi-year operation that included the use of a civilian informant.

Will Lambek, a Migrant Justice organizer, said Ice and US Customs and Border Protection (CBP) arrested and detained at least 20 of its members between 2016 and 2018. Lambek said there had been a demonstrable risk for immigrants’ rights activists in speaking out, but there was a greater risk in not doing so. “With the current regime, there is no such thing as true sanctuary or true safety,” Lambek said.

The concerns about retaliation are strong enough to have prompted members of Congress to intervene. In January 2018, New York Democrats wrote to the homeland security secretary, Kirstjen Nielsen, requesting a meeting and more information about the arrests of immigration activists including Ragbir and the Washington activist Maru Mora-Villalpando.

The revelations about Operation Secure Line prompted two US senators, Chuck Grassley, a Republican from Iowa, and Ron Wyden, a Democrat from Oregon, to ask US Customs and Border Protection to provide more information on why seven journalists were named in the Operation Secure Line database.

“Unless CBP had reason to believe the individuals in question were inciting violence or physical conflict, it is deeply concerning that CBP appears to have targeted American journalists at our borders,” Grassley and Wyden wrote.

And the House committee on homeland security wrote a letter this month to the acting director of ICE, Ronald Vitiello, requesting more information about an ICE spreadsheet obtained by the Nation that listed protests planned by groups in New York City, including Ragbir’s New Sanctuary Coalition.

“The spreadsheet raises important questions about ICE’s possible misuse of authority and requires oversight to ensure that Americans’ legal and constitutional rights are protected,” the letter said.

An ICE representative said the spreadsheet was created to provide “situational awareness” for agents in its Homeland Security Investigations (HSI) division, which, it said, “fully respects the rights of all people to voice their opinion without interference.” The agency maintains that it does not unlawfully target immigrants in retaliation for their activism or critical comments.

“Any suggestion to the contrary is irresponsible, speculative and inaccurate. ICE focuses its enforcement resources on individuals who pose a threat to national security, public safety and border security,” ICE said in a statement.

In response to questions about Operation Secure Line, Andrew Meehan, CBP’s assistant commissioner of public affairs, said the agency identified individuals who may have information related to incidents where CBP agents were attacked in November and January. “CBP does not target journalists for inspection based on their occupation or their reporting,” Meehan said in a statement.

CBP also said it initiated an inquiry in February to ensure “all appropriate policies and practices were followed.” Despite the chilling effect such incidents could have, the people affected denied they would let these threats, whether veiled or blunt, derail their work. One of the four plaintiffs named in the Migrant Justice lawsuit, Zully Palacios, said being arrested further provoked her activism.

Palacios was detained for 11 days in March 2017. She said it was a terrible experience because the cells were cold and she was held temporarily in solitary confinement, but she was boosted by public support.

Palacios said: “It made me realize that I needed to keep speaking out so that nobody else would have to go through what I went through.”

Drehsler, who no longer carries her laptop across the border, was emphatic that these screenings, while inconvenient, would not impede her from doing her work as a photojournalist. She said: “I have nothing to hide.” 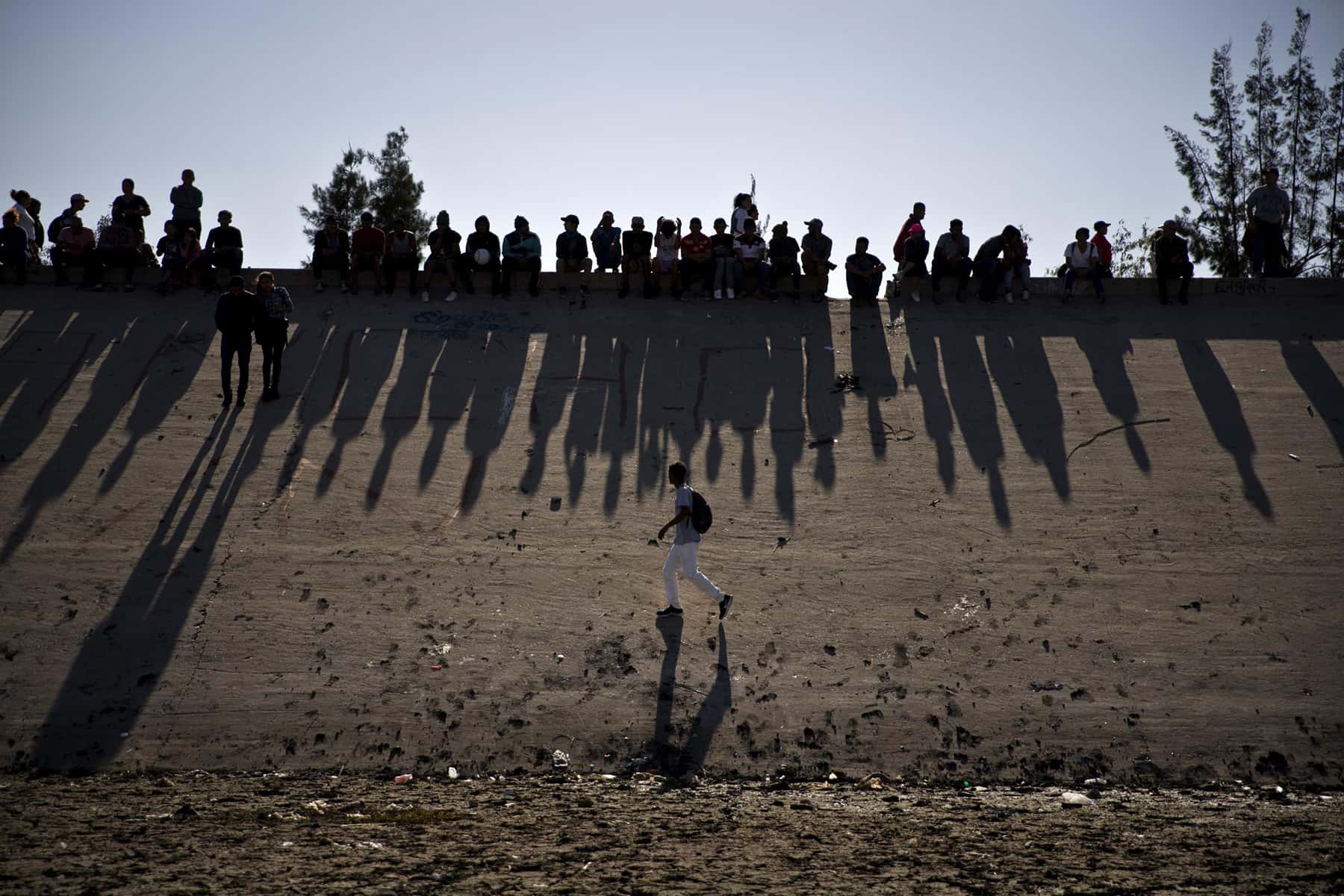 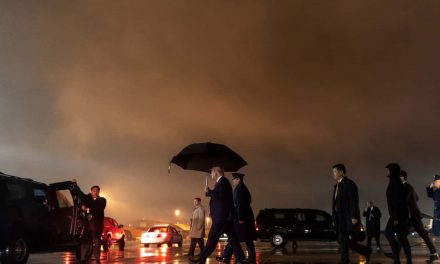 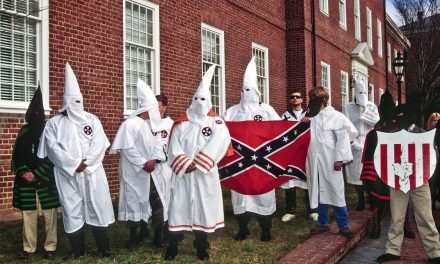 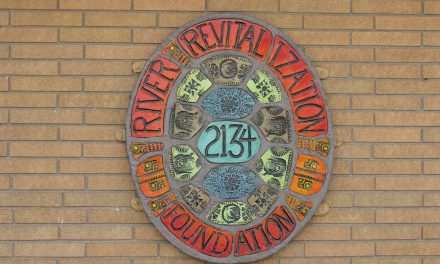 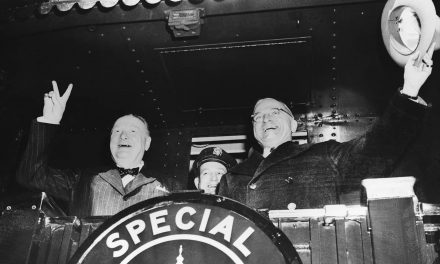 The New Truman Doctrine: How President Biden inspires support for Ukraine without sparking a wider war