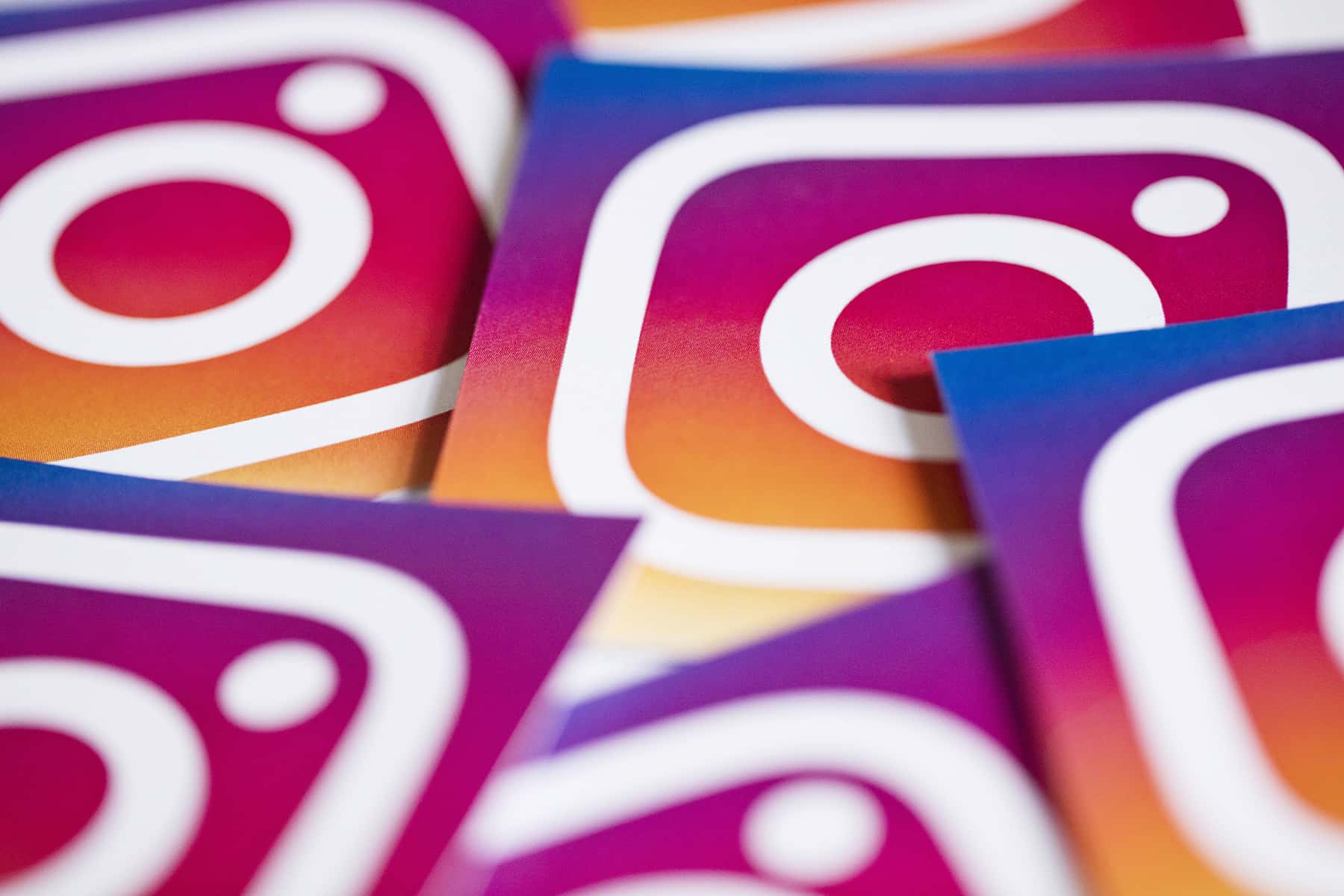 Young people are getting information about protests, police actions and stay-at-home orders from their social media feeds – but the trend isn’t harmless.

For many young people, clicking on to Instagram to get the latest news is now as second nature as picking up a daily newspaper once was to generations before. For a site that has traditionally been a platform for sharing lifestyle content rather than hard news, this is a shift in millennials and Gen Z, at a time when news updates seem more important than ever.

Recently published data exploring how people accessed news and information about the coronavirus pandemic found, in the US, for 18- to 24-year-olds (the age group most likely to use social media as a source), over a quarter of respondents used Instagram to access news content within the last week, while 19% used Snapchat and 6% turned to TikTok. In comparison, only 17% used newspapers to access information. Globally, figures reached even higher levels – in Germany, 38% of 18- to 24-year-olds used Instagram alone to access the news, and in Argentina, this reached as high as 49%.

This trend is not necessarily harmless. “The challenge with Instagram is that it’s a highly visual space,” Jennifer Grygiel, who teaches communications at Syracuse University, told me, “so people share memes that are more about influencing than informing and people need to exercise caution and be aware of who they’re engaging with.”

The use of social media as a news source is complicated by the ability for anyone to act as a reporter, sparking concerns about factchecking, and an oft-cited claim that social media tilts influence towards those with the largest followers, regardless of their credentials. There’s also a concern that social media leads to political polarization. A recent poll suggests that just 41% of Americans trust traditional media to report the news “fully, accurately, and fairly”. Gallup, who conducted the study, have pointed to political rhetoric disparaging news organizations as a potential problem, with Republican voters significantly less likely to trust traditional media as a source.

For disenfranchised individuals social media may offer an alternative to media outlets that they have begun to doubt. Yet the very nature of social media leaves users exposed primarily to others with similar views, which research suggests can create vast echo chambers – spaces where our own opinions and biases are reinforced by the voices which are filtered into our social media feed.

Amelia Gibson is an assistant professor and director of the Community Equity Data and Information Lab at the University of North Carolina. She sees the events of recent months as highlighting the ways many young people use social media as a news source. The COVID-19 crisis, combined with renewed interest in the Black Lives Matter movement, increased the desire for instant, first-hand information.

Mistrust of mainstream media meant that many young people turned to their social media news feeds for information about protests, police actions and stay-at-home orders. But with a web of algorithms serving up content from news organizations, political groups or even influencers aligned to their own political beliefs and social circles, this also provoked a deepening of already divided views and cultural rifts.

“Social media offers, on the one hand, a medium for filling what feels like a vacuum of trustworthy information sources,” Gibson explained. “But on the other hand, our social media environments are still so segmented that some people really do live in different information worlds. In one information ecosystem, people might read this moment [and current social justice movements] as a hopeful international awakening related to anti-racism, others read it as a time of deep existential threat. We see these different worlds clashing when people meet in real life.”

For Gibson, the solution lies in a convergence of interests – as social media brings attention to previously overlooked stories and rebalances the power to share news, traditional media still has a part to play.

“People have always shared the news that mattered to them and their communities,” she said. “I think that the difference in this moment is that news corporations are paying attention and are amplifying a moment of shared struggle … I think that social media has done a lot to push social justice movements forward in the last decade but that traditional media still has a lot of power to command national and international attention.”

For Grygiel, who, as a college professor, sees up close how young people are acting as both content creators and consumers, the relationship between traditional media and social sharing has reached a pivotal point. Content-creation-for-all has democratized news, but it remains an imperfect system dogged with accusations of biases, fake news and increasingly polarized viewpoints.

Although sites such as Instagram currently hold significant sway when it comes to distributing content to an internet-savvy youth, Grygiel hopes that this will push news publications to build better websites, attract advertisers and strive for independence rather than relying on social media shares. In the meantime, the need to exercise caution is of utmost importance.

“It’s hard to fully realize the benefits of social media because there’s so much harmful content out there,” they said. “Social media platforms have not always acted as good corporate citizens – they’ve paid a lack of attention to political advertisements that are harmful, and fail to monitor hate speech. It’s important to be critical of them, but also aware that without them we wouldn’t have seen the kind of documentation that we have of societal harms and transparency around injustices … there’s still a lot of opportunity to deliver content without social media, and if social media platforms aren’t acting as good corporate citizens then we need to find new and better ways of distributing news.” 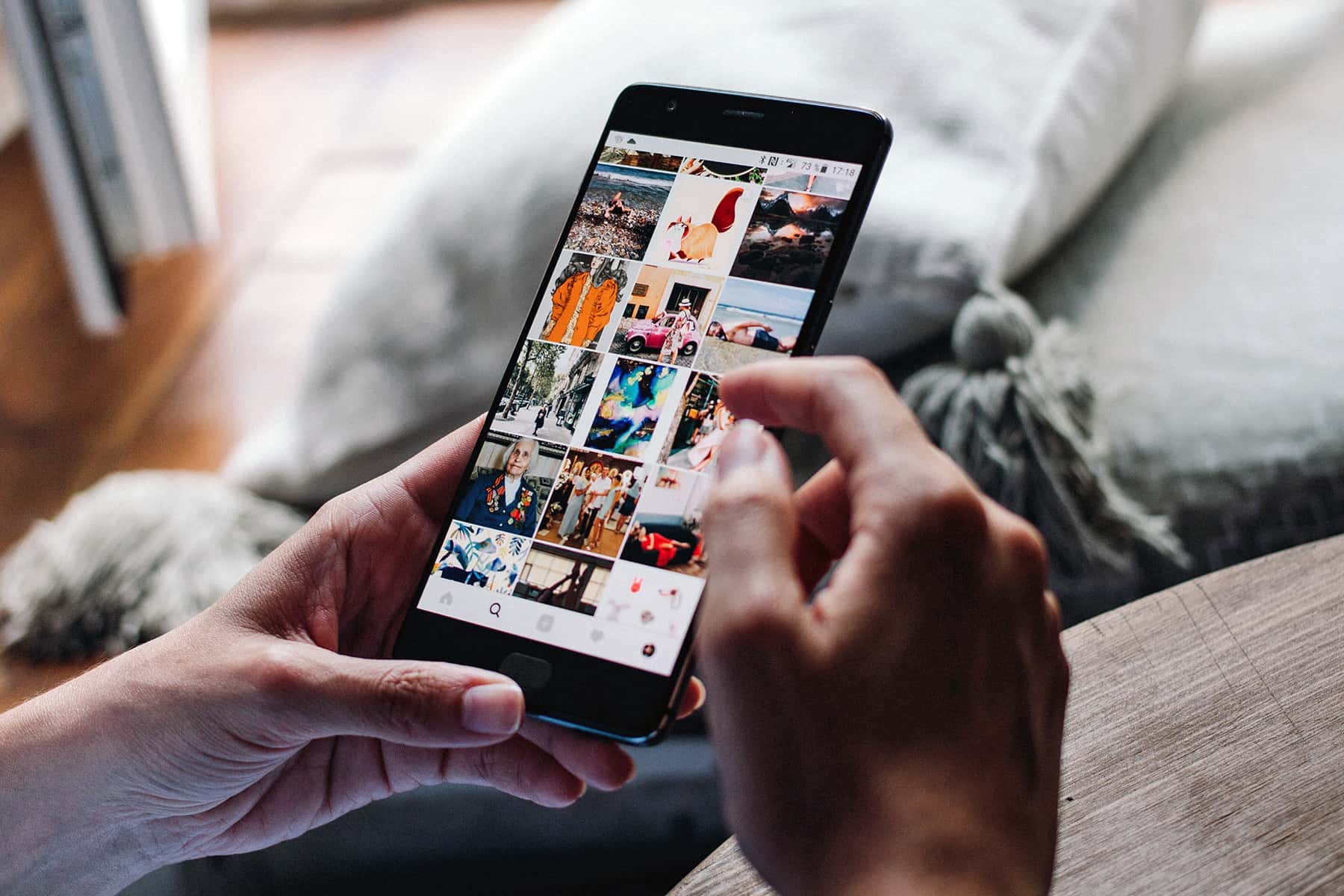 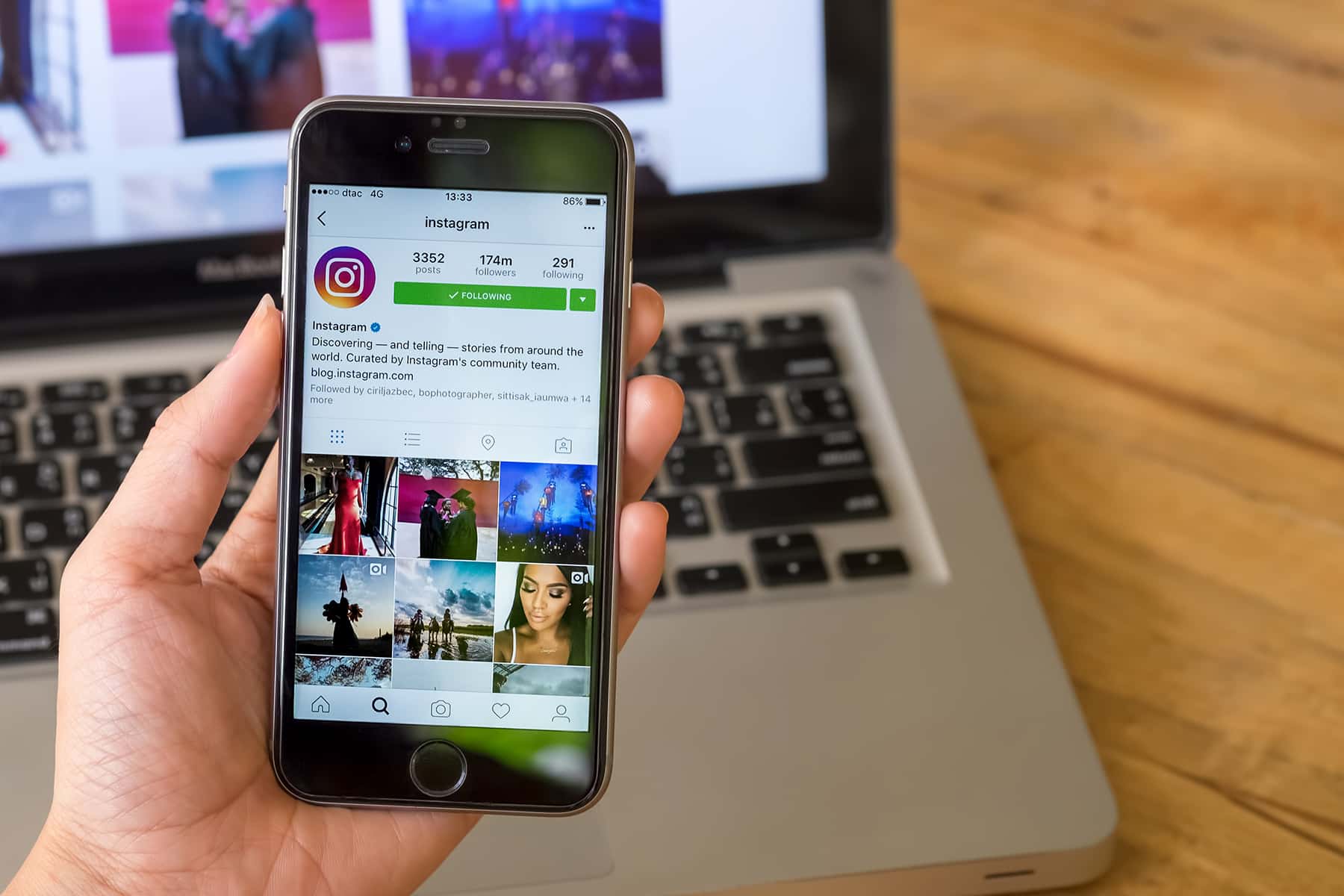 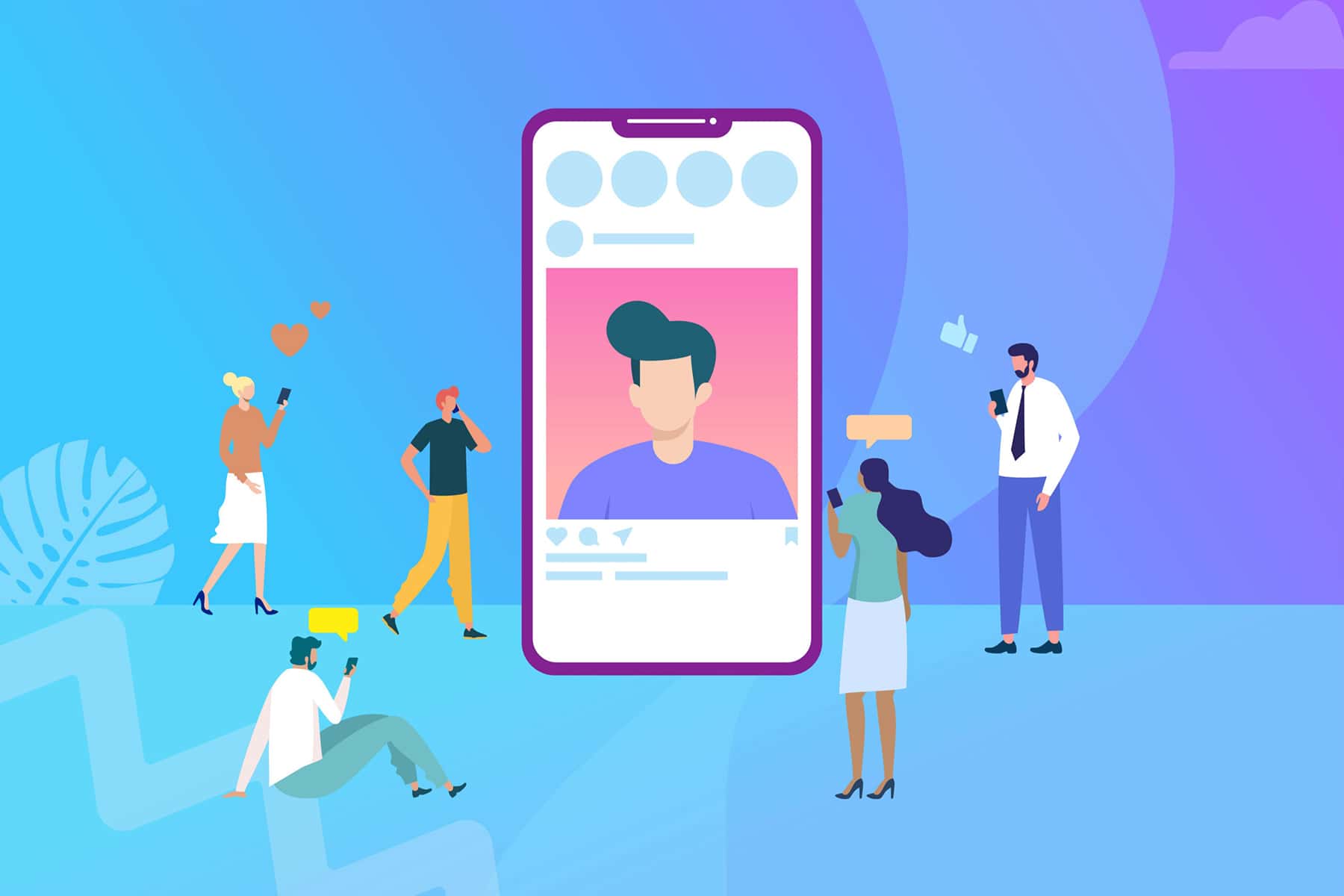 Portions originally published on The Guardian as Why are millennials and Gen Z turning to Instagram as a news source? 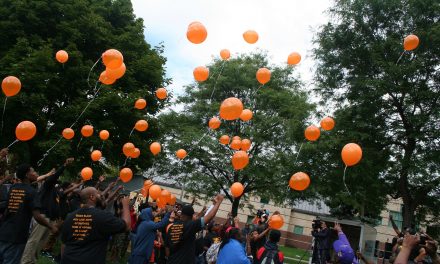 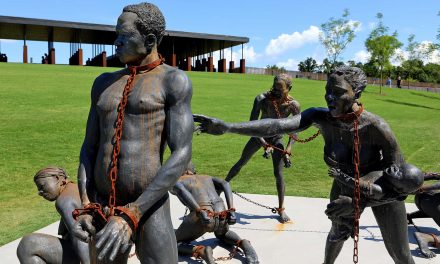 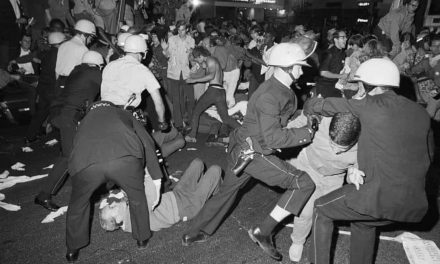 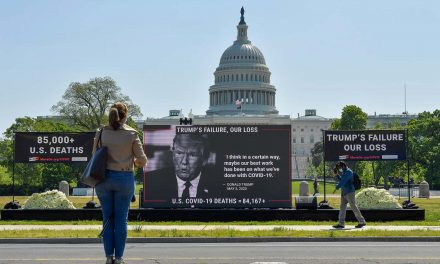