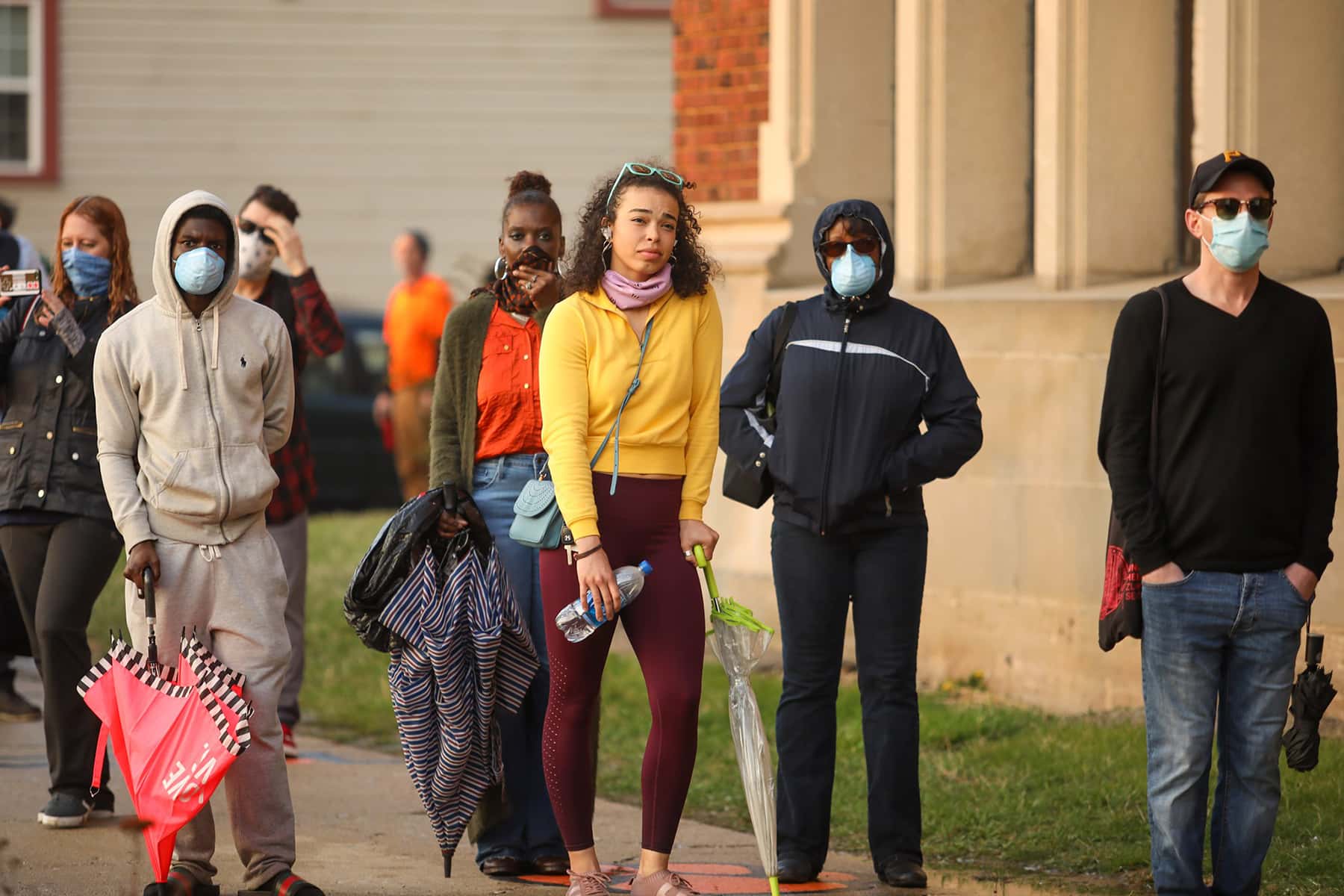 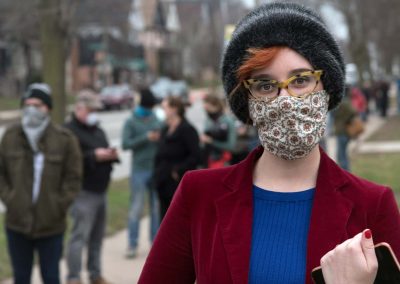 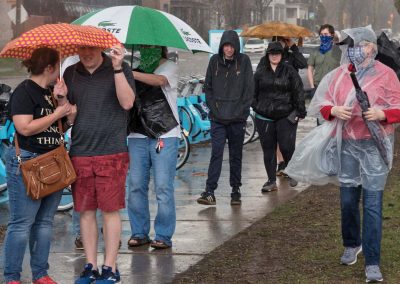 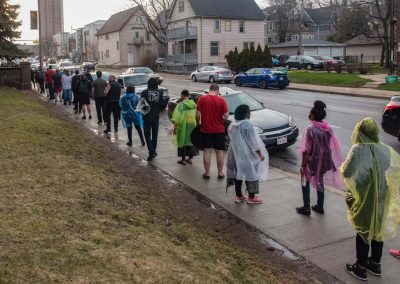 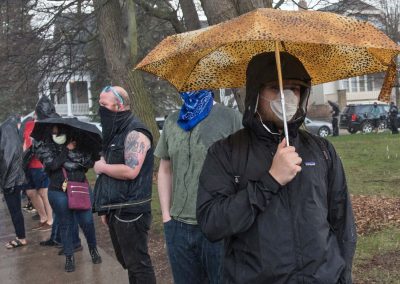 “And when I speak, I don’t speak as a Democrat or a Republican, nor an American. I speak as a victim of America’s so-called democracy. You and I have never seen democracy – all we’ve seen is hypocrisy.” ― Malcolm X, The Ballot or the Bullet

On April 7, 2020 tens of thousands of Wisconsinites put their lives on the line to exercise the very right that countless Americans died for. They broke nearly a month long quarantine from family and friends, marked by working remotely, home schooling, and a plethora of sacrifices to help flatten the curve and save lives. Thousands donned masks made of bandanas, shirts, scarves and some without any personal protective equipment at all. They stood single file, hundreds deep with people they never saw before and will likely never see again.

Thousands of Wisconsinites on both sides of the aisle were involved in what felt like a spontaneously synchronized peace protest. Not staring down riot police with billy clubs behind plexiglass shields, but rather looking down the barrels of a viral firing squad. History will remember this day for what it showed about the beauty and grace of the American people, particularly in Milwaukee.

People will also remember this day for what it revealed about the depravity not just of one man, but of a political party. The brutality of conduct was not limited only to those elected to their positions, but to the followers who voted for them and then sit by in silence as their fellow Americans, Republican, Democrat, and Independent, are forced to play a distorted and deadly game of electoral roulette in America.

Yet within the news cycle of one week, many people across the country and in Wisconsin will move on. The week or so that follows will be a brief respite from the now trending photographs and storylines of people braving a pandemic to vote. Soon thereafter, however, the full gravity and weight of their efforts will emerge from the fog.

Weeks after the election results have poured in, the heroism of those who cast their vote on April 7 will begin to be appreciated. Weeks after the polling stations are closed, their courage and resolve will come into focus. When that day stands under the spotlight, we must be there for those who risked everything.

When Milwaukee’s gradual path toward “flattening the curve” begins to show signs of disruption, we need to be there in support. And also for each other, as there is a spread of infections and an uptick in lives lost. We must be there not only for those across Milwaukee where this pandemic is taking the lives of African Americans at grossly disproportionate rates. But also for those who will be impacted across rural Wisconsin and the outlying suburbs.

An uptick in infections as a result of the experiment of democracy being usurped by those intent on placing voters in a petri dish of gymnasiums, libraries, and schools in order to vote. An uptick due to the momentary lapse of social distancing in response to the seemingly never ending dereliction of decency and humanity shown by the GOP. That said, we must be there, present, and never forget those responsible for this predicament. We must document the actions, statements, and consistent intentions of those who constructed the sadistic and diabolical scenario that resulted in thousands having to choose democracy over their own health. A scenario that saw the empty streets across the state disrupted only by lines of people violating the “safer at home” order to vote.

It is safe to say that every person who voted on April 7 knew they were putting their lives on the line. Knew that their vote counted, and as such had a choice to make. A choice that was put before them by those who forced the situation. People who showed grit and determination to not be intimidated by this infectious poll tax, this deadly exercise in voter intimidation and suppression.

In the weeks and months that follow, we will see with greater clarity who fell ill after exercising their right to vote. And sadly we, will likely understand whose death began on April 7, 2020. The day they contracted the coronavirus while voting and living the American dream.

We must be there for them and honor their sacrifice in much the same way we honor Viola Liuzzo, Rev. George Lee, Jonathan Daniels, and Goodman, Schwerner, and Chaney. Heroes of the Civil Rights movement whose deaths galvanized a nation and helped paved the way for the Voting Rights Act.

And much like James Jordan, Wayne Roberts, Gary Thomas Rowe, and countless others responsible for the deaths of those exercising free speech and advocating for open and fair elections, we must burn into our memory those who made the untenable decision that forced thousands of Wisconsinites to vote during the middle of a devastating global pandemic.

While Vos, Fitzgerald, Roberts, and Thomas did not sling a rope over a tree, sick dogs on voters, or spray peaceful citizens with firehoses, the genesis of their actions and the intent are one and the same. Likewise, the silence and indifference of the tens of thousands who are unmoved by the immoral, yet highly coordinated fiasco of making people vote during the public health emergency, is in many ways analogous to those who celebrated the deaths of Liuzzo, Evers, and King. This is not hyperbole. It is merely history repeating itself. This time on a different stage, in a new age, with different characters, but the same plot that is playing itself out before our eyes.

What is known is that we must use the heroism of April 7, 2020, to crystallize us for the months, and possibly years, that follow. The heroes of our Democracy stood in line during a pandemic and deserve every bit of praise and respect that we as a country can muster. Their patriotism was on display for all to see. They stood in line and risked their lives to exercise their right to vote, as guaranteed by our Constitution.

As with the deaths of civil rights icons of our past, it is their names that endure. Their sacrifice that galvanized a nation. We forget about those whose brutal actions revealed their fear, insecurity and doubt. Entitlement posing as power, and fear masquerading as hate and violence. The flash of a gun, the striking of a match and the tossing of a rope over a tree are evil, fleeting actions. Yes, they are seared into our collective unconscious. But only as a reveal of who they are, and not of who we are as a country.

Should we lose any of our 21st Century heroes who voted on April 7, we must know their names, celebrate their efforts, and use their sacrifice to inspire us. Even as many say that our Democracy has been dying for the past three years, even as we lose Americans to this pandemic, there is an uncomfortable but undeniable hope. It is a realization that all the loss will show that Democracy still lives. We have seen a power and determination within ourselves that far exceeds the hatred of one man, the depravity of a political party, and the injustice and inequity of a judicial system.

Power and determination that already revealed itself prior to the election. Millions of people across our nation and here at home, oddly coalescing to agree to stay distant from one another. Sacrificing in many ways for the greater good, not only for their family but their community. The silent unity and humanity shown not in response to an edict or mandate, but through an ever present, but often ignored reality of our shared connection to each other. Disconnected like never before in our country, yet a shared experience of working together to get through this pandemic.

April 7 was yet another example of this spirit. The power of tens of thousands of Wisconsinites voting was the epitome of the human soul and our collective resilience that makes voting such a powerful tool in our Democracy. One 88 year old woman, a 21 year old hair dresser, the 37 year old plumber, and the 46 year old unemployed factory worker, each have more power when realized and exercised together.

This is the power of your vote, and why so many are threatened by it and will intimidate, complicate, assassinate, and denigrate to keep it from happening. But this is why we stand in line. This is why we risk our lives. And this is why Wisconsinites turned out in droves in the face of a pandemic on April 7 to exercise that right.

Should we lose any of these heroes from the coronavirus, it will only serve to strengthen our resolve and stand as a beacon of inspiration for those across the state. Images of Milwaukee voters offer hope to our nation for November 2020. Remember their names, and their heroic example. Not of the greatness of America, but of the resilience, courage, and humanity that resides within each and every one of us. 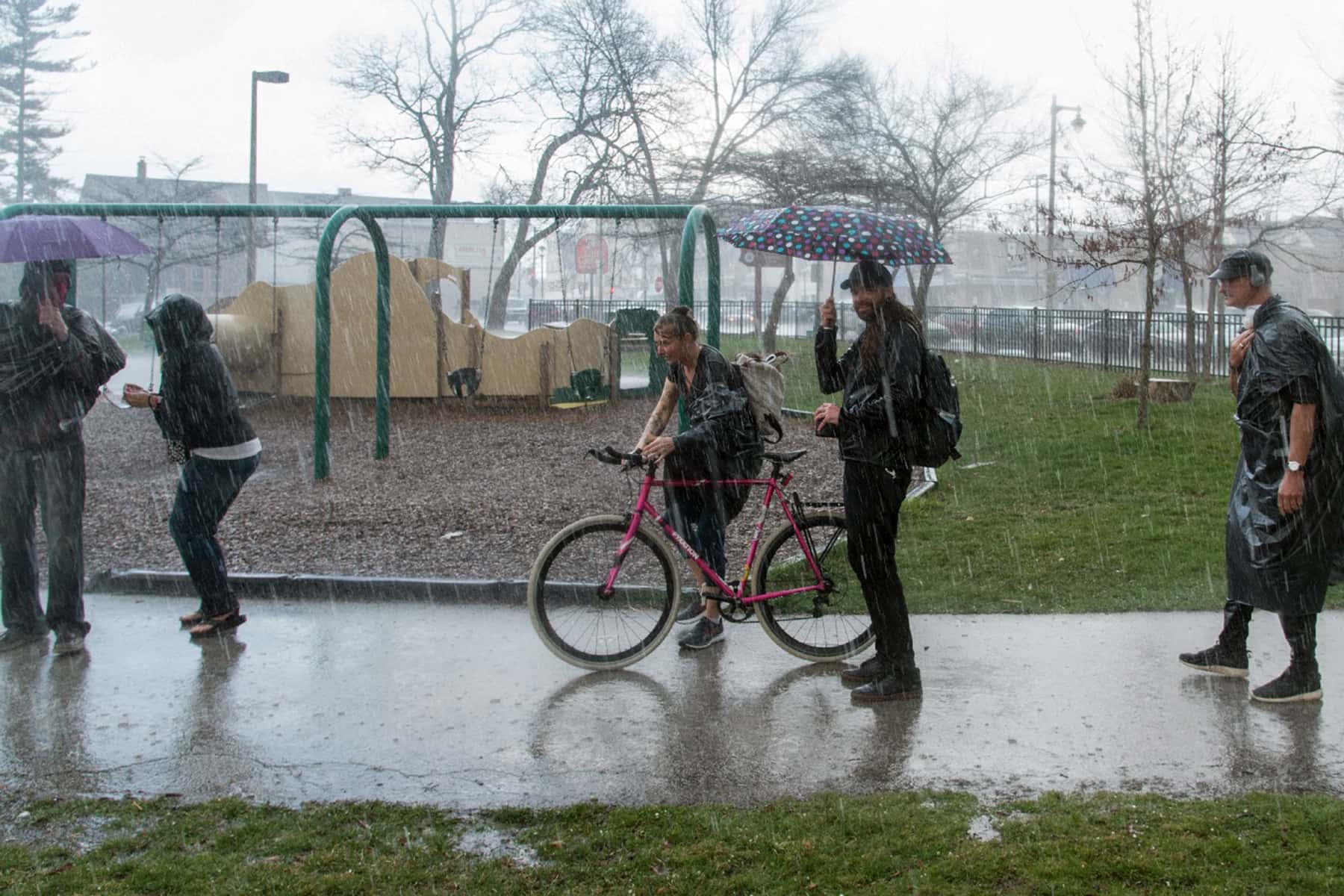 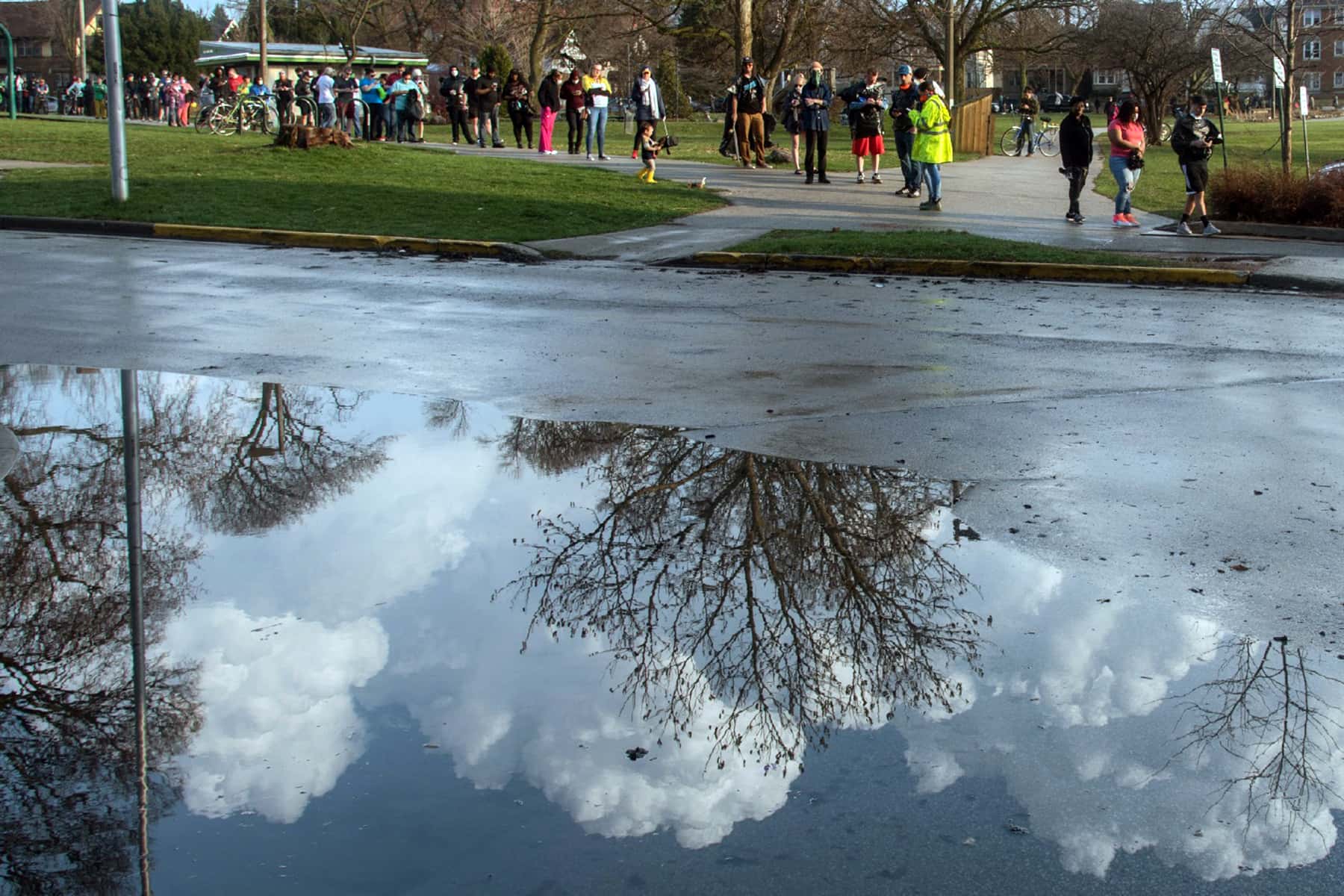 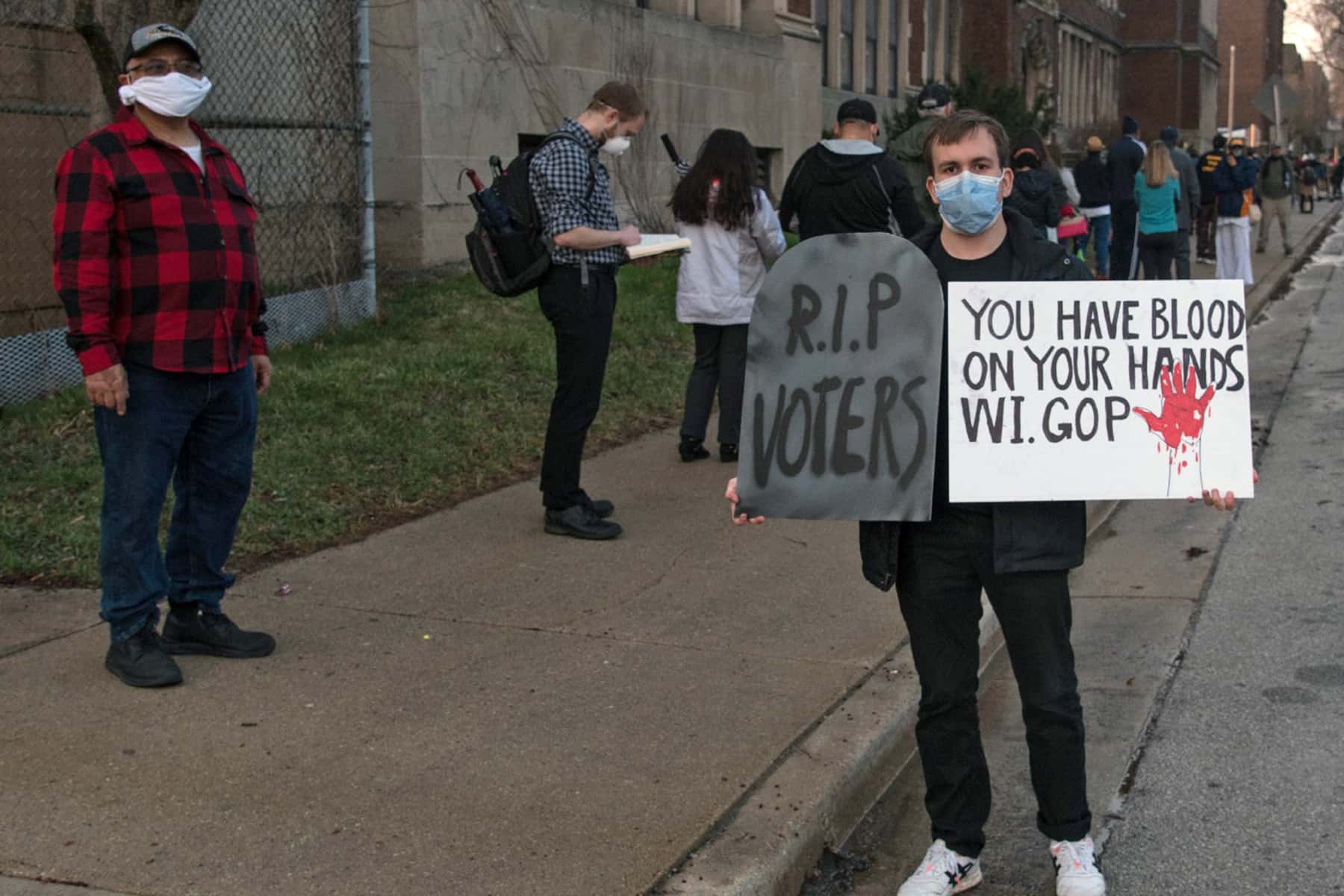 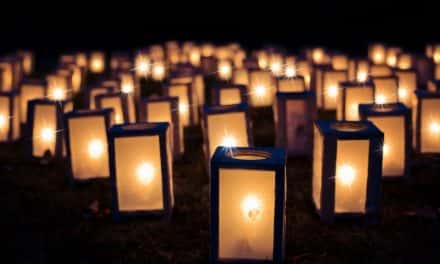 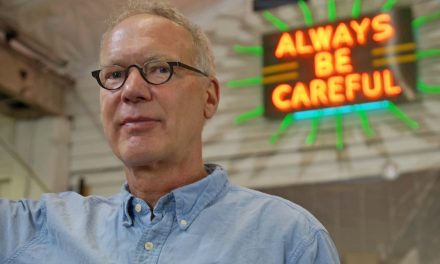 Richard Taylor: Crafting metal as monuments to history and creativity 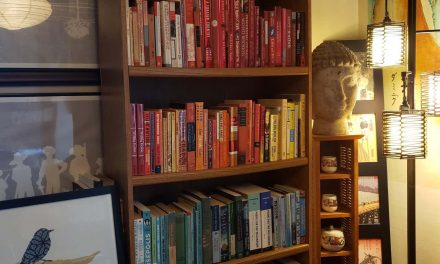 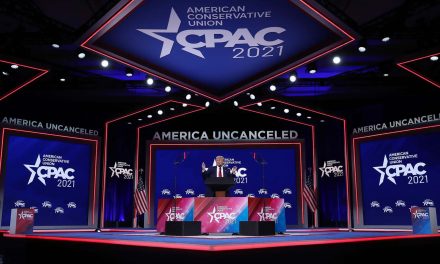