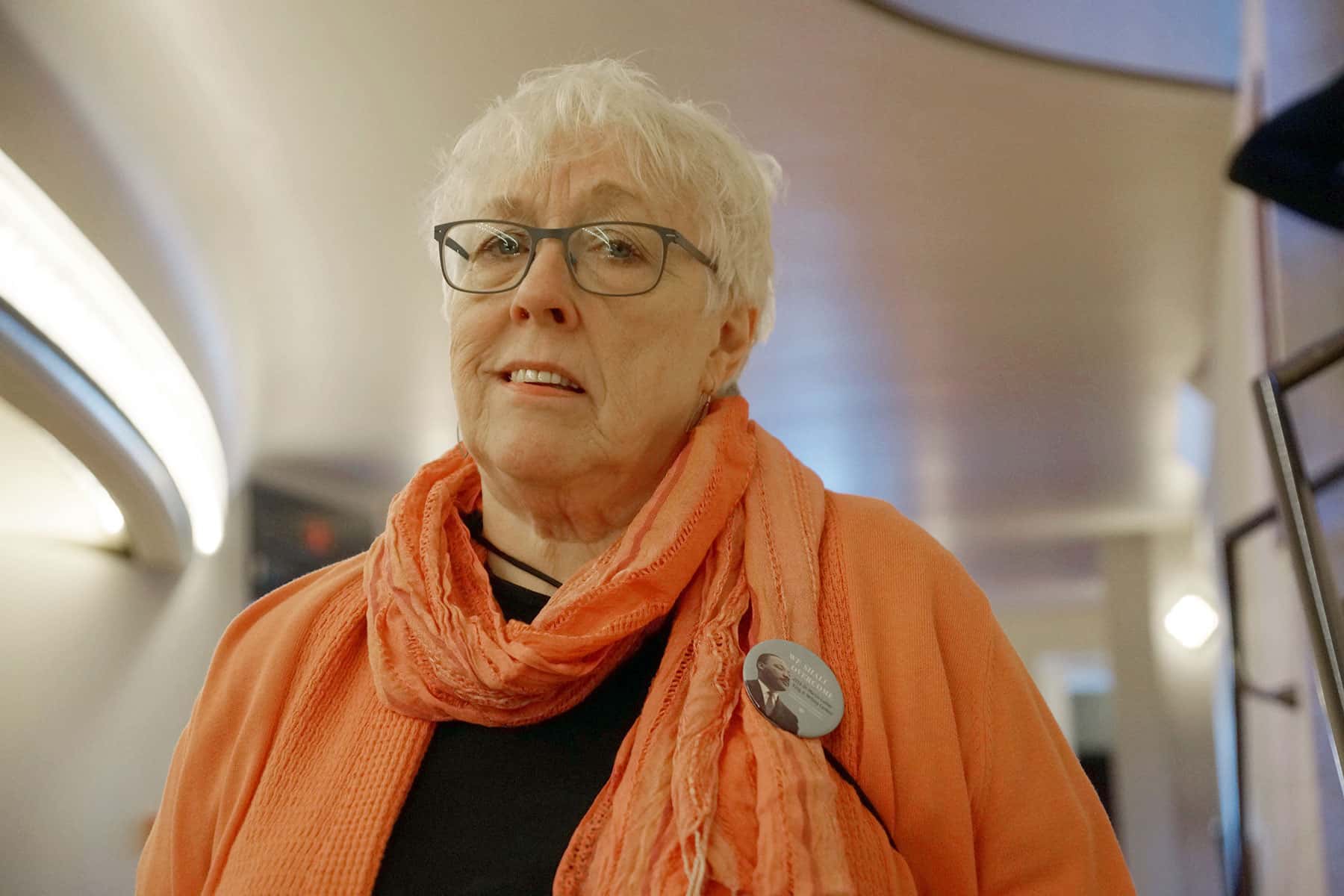 As a longtime educator and activist, Donelle Johnson is a coordinator of the Dr. Martin Luther King, Jr. Writing Contest who has been with the annual program since its beginning.

Her efforts supporting the writing contest have kept Dr. King’s legacy alive, and ensured that thousands of Milwaukee students each year have the opportunity to think deeply about the life and work of the late Civil Rights leader, and to reflect on the implications for our current times in writing, speech, and art.

Johnson has played a key role in managing the writing contest since its inception. The program was developed in 1981, before there was a city-wide celebration or any other activity in the city to honor Dr. King.

“I was one who worked on this almost since the very beginning. It was important to those of us involved to focus on teaching King’s ideals and non-violent practices to our students, promote writing skills in students K-12, and to underline the importance of establishing a national holiday in his honor,” said Johnson. “It is very obvious, with the tone of things going on in our city and nation, that it is more important than ever to continue to keep Dr. King’s beliefs in the forefront.”

Milwaukee educators and involved citizens began the Dr. Martin Luther King, Jr. Writing Contest to celebrate and remember Dr. King’s legacy. The contest continues today through their commitment. This contest theme for 2017 was “We shall overcome,” and student writers were allowed to relate it to themselves or others in their family, school, neighborhood, or the world.

Dr. Martin Luther King, Jr. was an activist committed to peace, justice, and equality. In his efforts for civil rights, he emphasized the importance of determination to achieve freedom and human dignity. His driving forces were love, the importance of family, and self-respect.

Johnson did not have a memorable essay from previous contests, but she was amazed how teachers and their students could still relate to the relevance of Dr. King’s work so many years after his death. His words and activities remained significant to students as they wrote about Islamophobia, bullying, the need for community leaders, the need to understand and respect each other. These themes were constant messages year after year.

“It is important to me that we preserve public schools as a means to educate and meet the needs of all students in the city of Milwaukee,” said Johnson. “We need these schools to be supported in order to thrive. There is too much diversion of time, efforts, and money going on in the city. I don’t see where anyone is benefitting from this.” 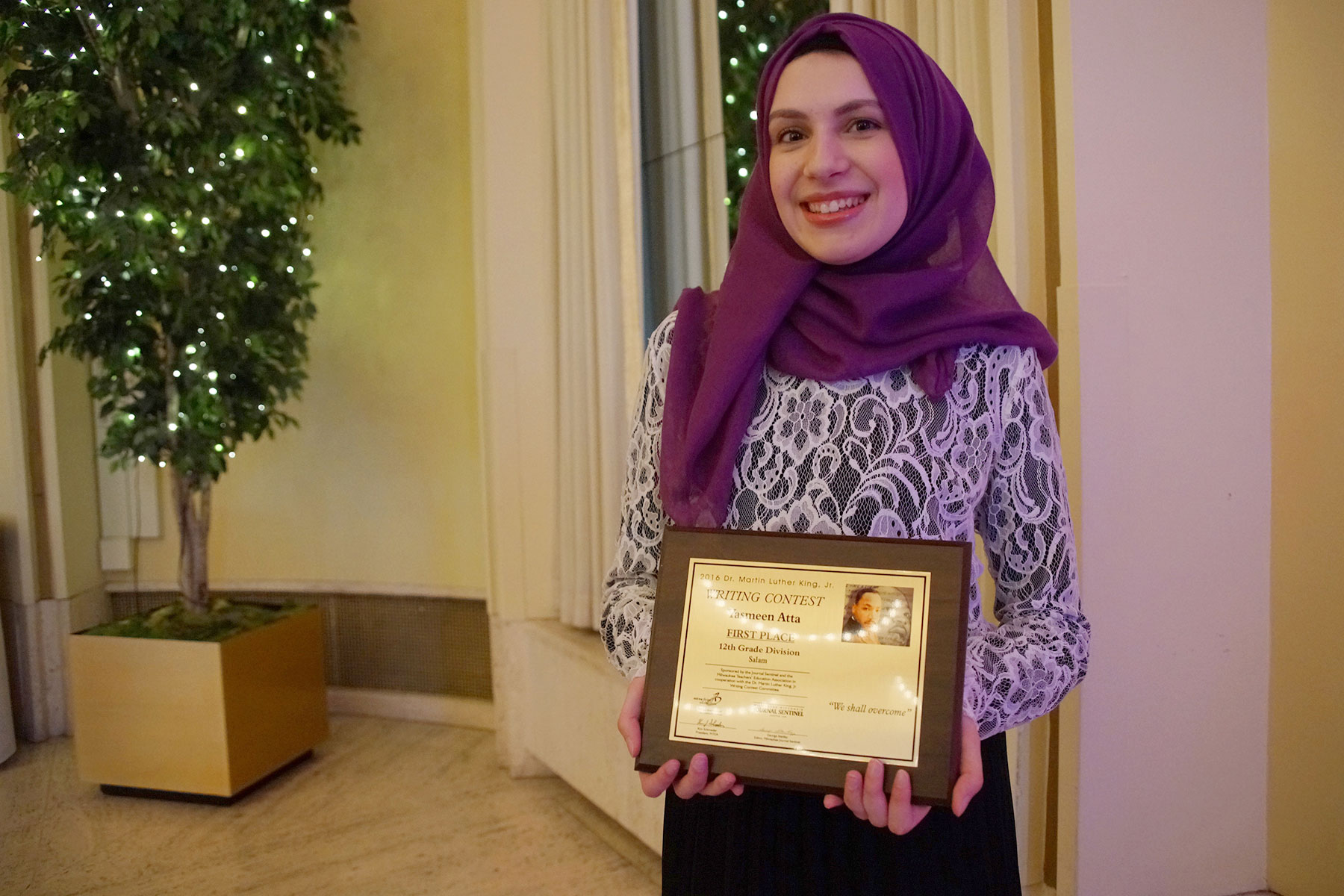 I’m sick of the divisions within Milwaukee that split our city into concrete racial clusters. I’m sick of people treating those with darker skin colors as if they are somehow inferior. I’m sick of being placed with my Muslim brothers and sisters into a small box that defines us all — every single one of us — as terrorists.

I’m sick of being divided.

When in public, my religion of Islam is clearly stamped upon me because of the hijab, or headscarf, that I wear around my head. I don this hijab with pride; more than an article of clothing, I am wearing a verse from our holy book, the Quran.

But for countless Muslim women, the pride that this hijab brings for them, as well as the beauty behind its ordinance from God Himself, is being overshadowed by their fear. In recent months especially, anti-Muslim rhetoric has grown into a rampant plague, spreading fiercely to every crevice and corner of our nation. So commonplace has this bigotry become that I no longer feel surprise at the news headlines, social media posts, and political speeches that undermine us. It’s frustrating, to say the least, and yet I have become almost numb to this discrimination. Slowly, painfully, and stealthily, the hatred and ignorance toward my fellow Muslims has become an unwelcome but deﬁnite part of my life.

Change happens, though. It always does. What we must remember, however, is that when change happens for the better, it is only as a result of those who choose to act, and most importantly, overcome.

During one of the recent Friday sermons at my local mosque, the imam, who has the role of leading the prayers, said something while standing at the pulpit that continues to drive me forward. He reminded the hundreds of men and women sitting in front of him that Muslims alone are not the only minority group being marginalized in the United States, and that at this point, history is simply repeating itself. By returning to the stories of the Native Americans, the blacks, the Japanese, the Germans, the Chinese, the Irish, the Jews, the Mormons, and the Catholics — the list goes on — everything is put into perSpective. These detailed histories allow us to realize that the situation of Muslims today is far from unique. To put it harshly, it’s our turn — a fact that hurts me to state, especially in modern, progressive times, but it’s the reality. Still, we shall overcome these struggles, just as so many have done before us.

The common phrase ‘This, too, shall pass’ is one that I often refer to in times of struggle. Yet in writing this essay, I realized that this phrase is not enough for one who strives to make this world, and the outlook of others upon it, far more positive. Rather, by being ﬁrm in the belief that “We shall overcome,” this instills in us a resolve to never give up hope, no matter how vast the obstacle. I vow to act upon this phrase in both my attitude and my actions, not only for my own sake, but for all those around me who are a part of this reality. 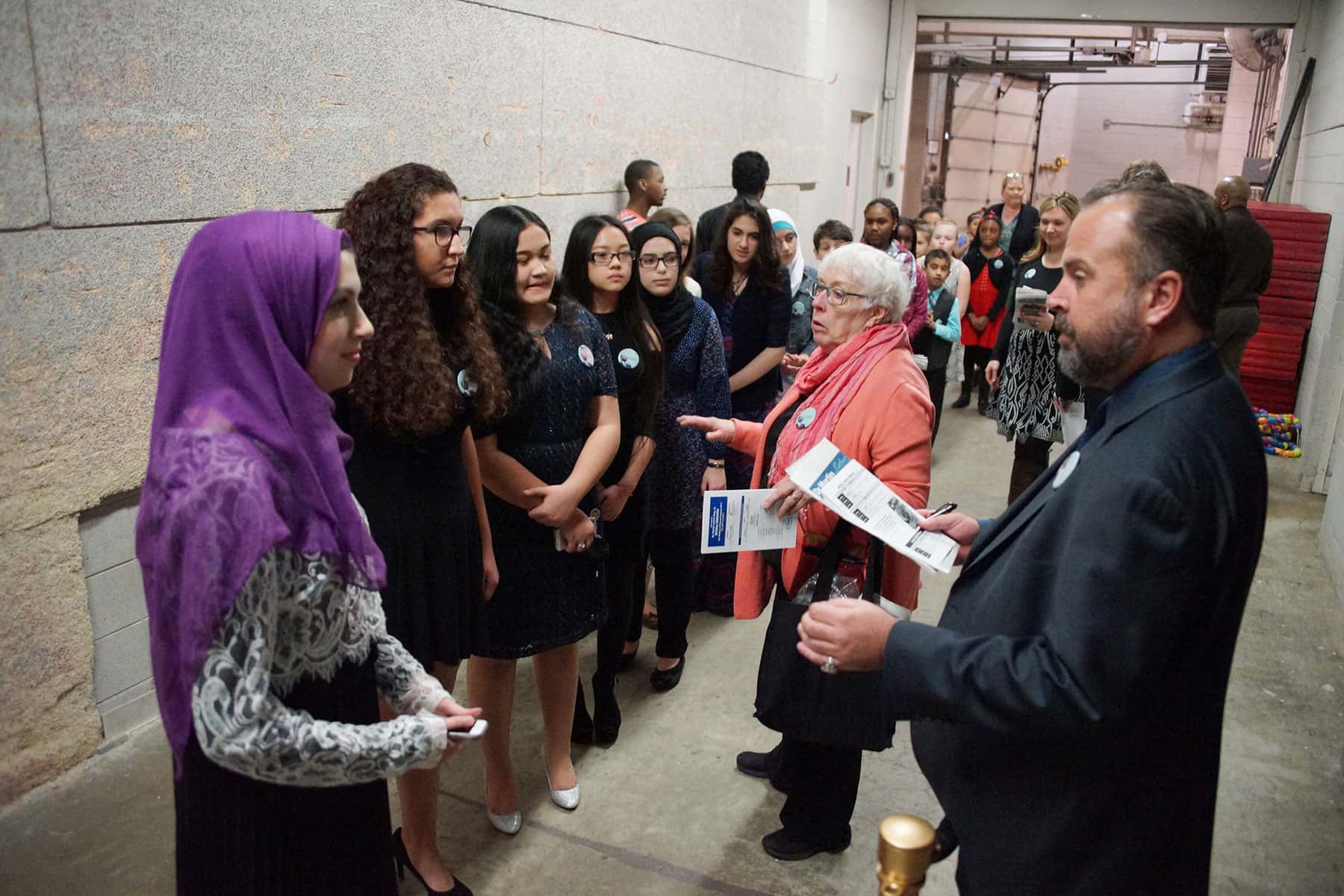 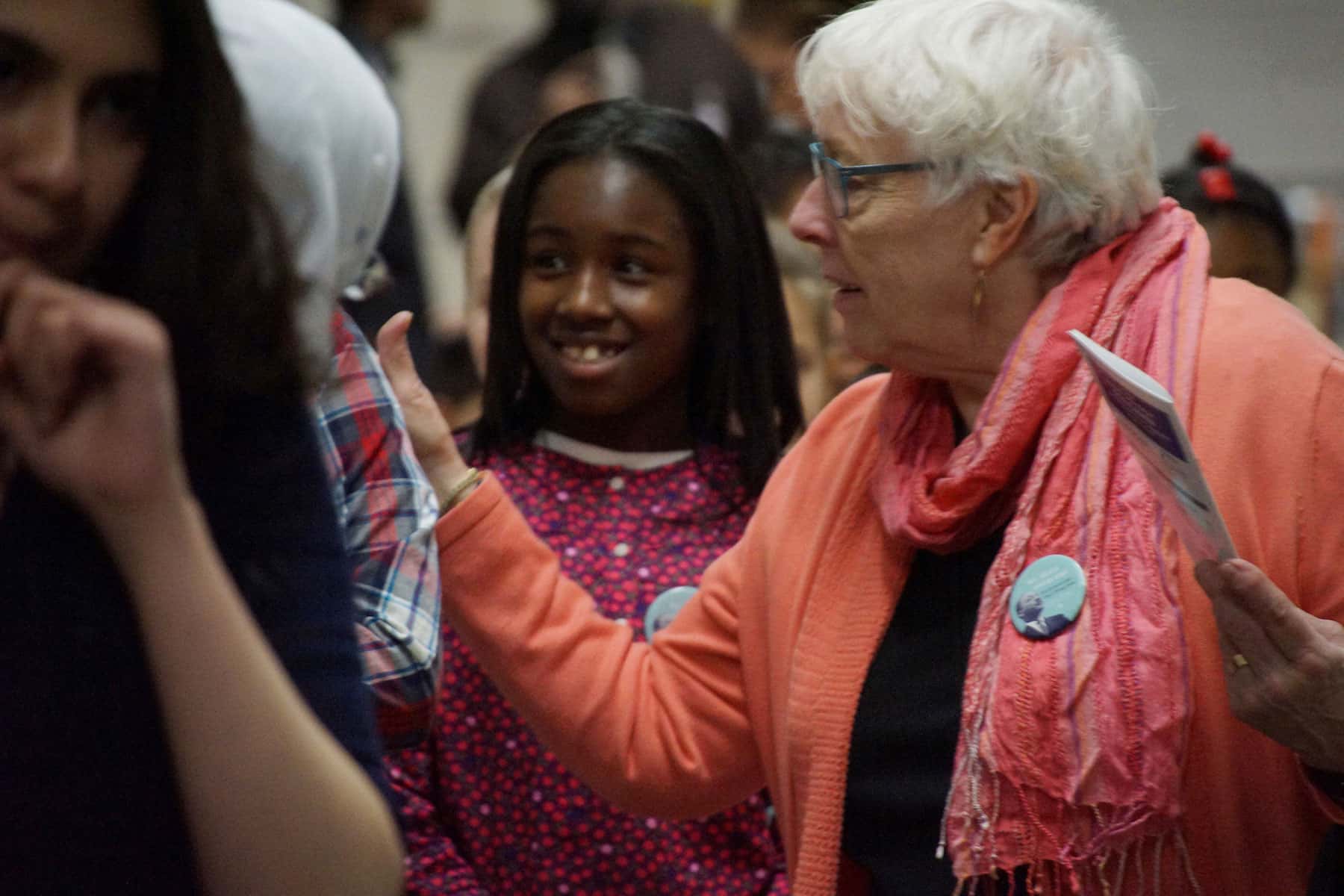 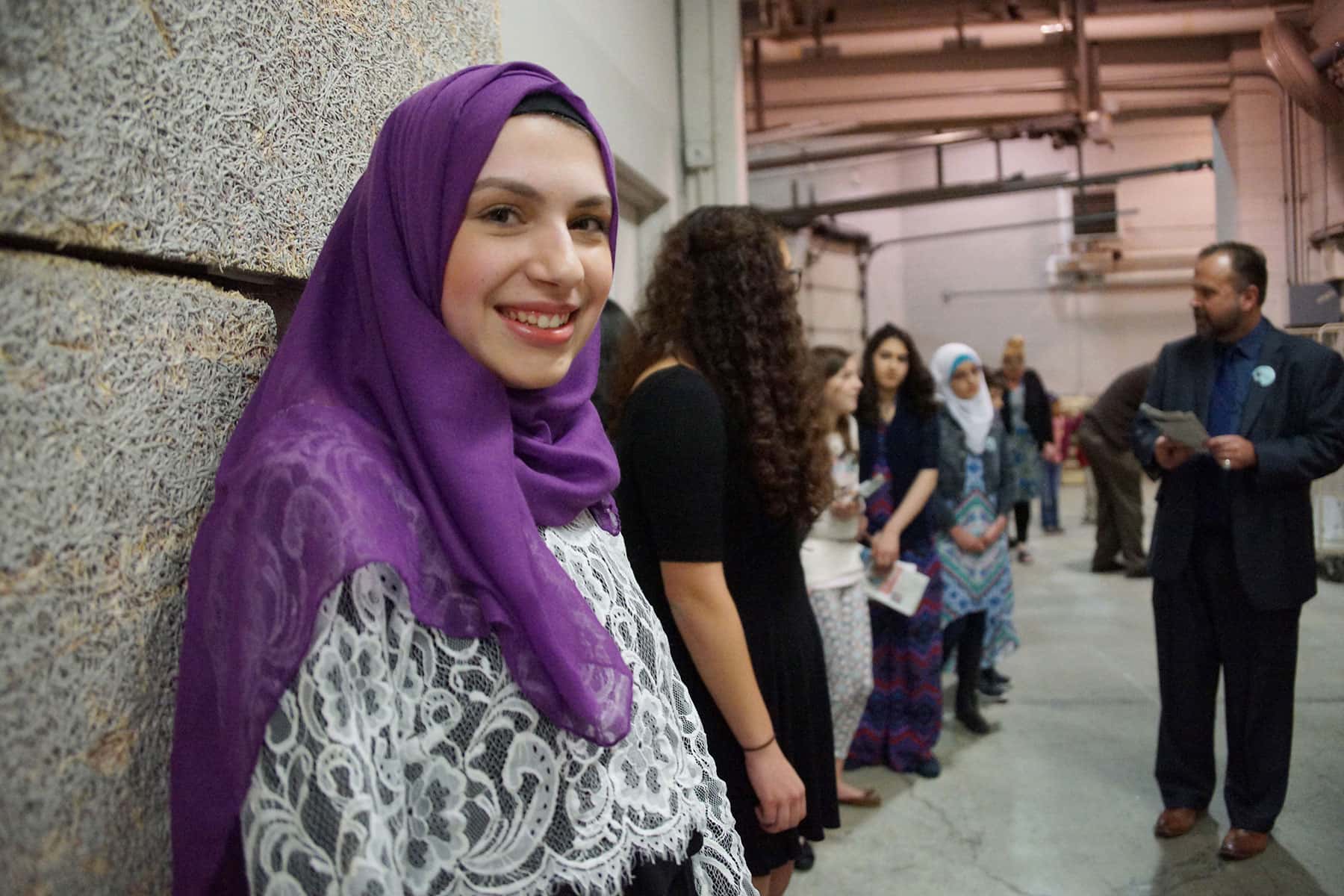 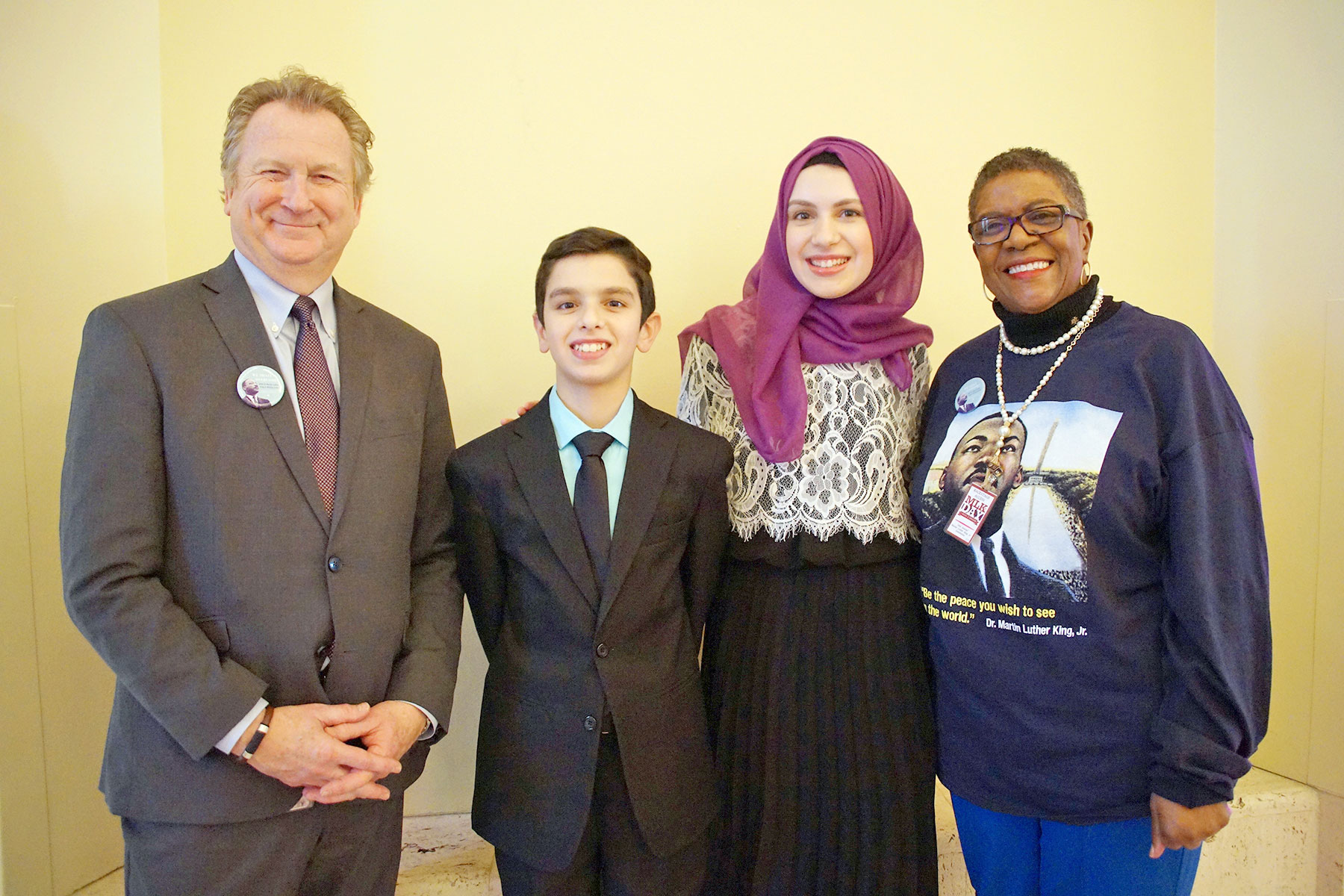 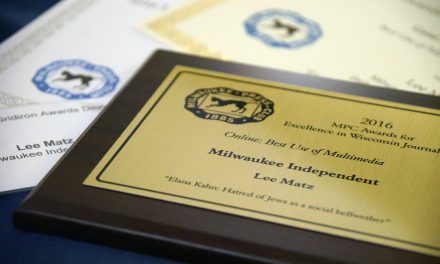 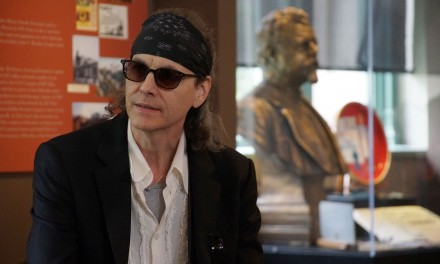 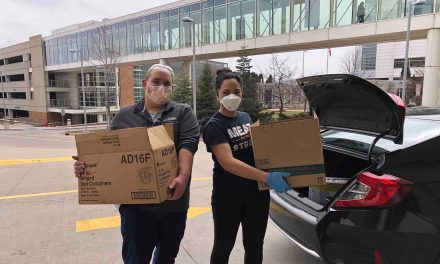 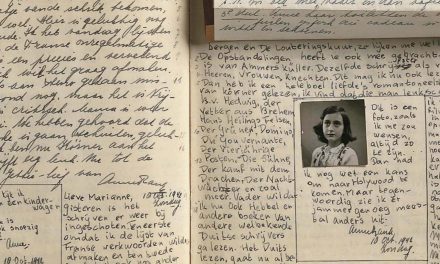