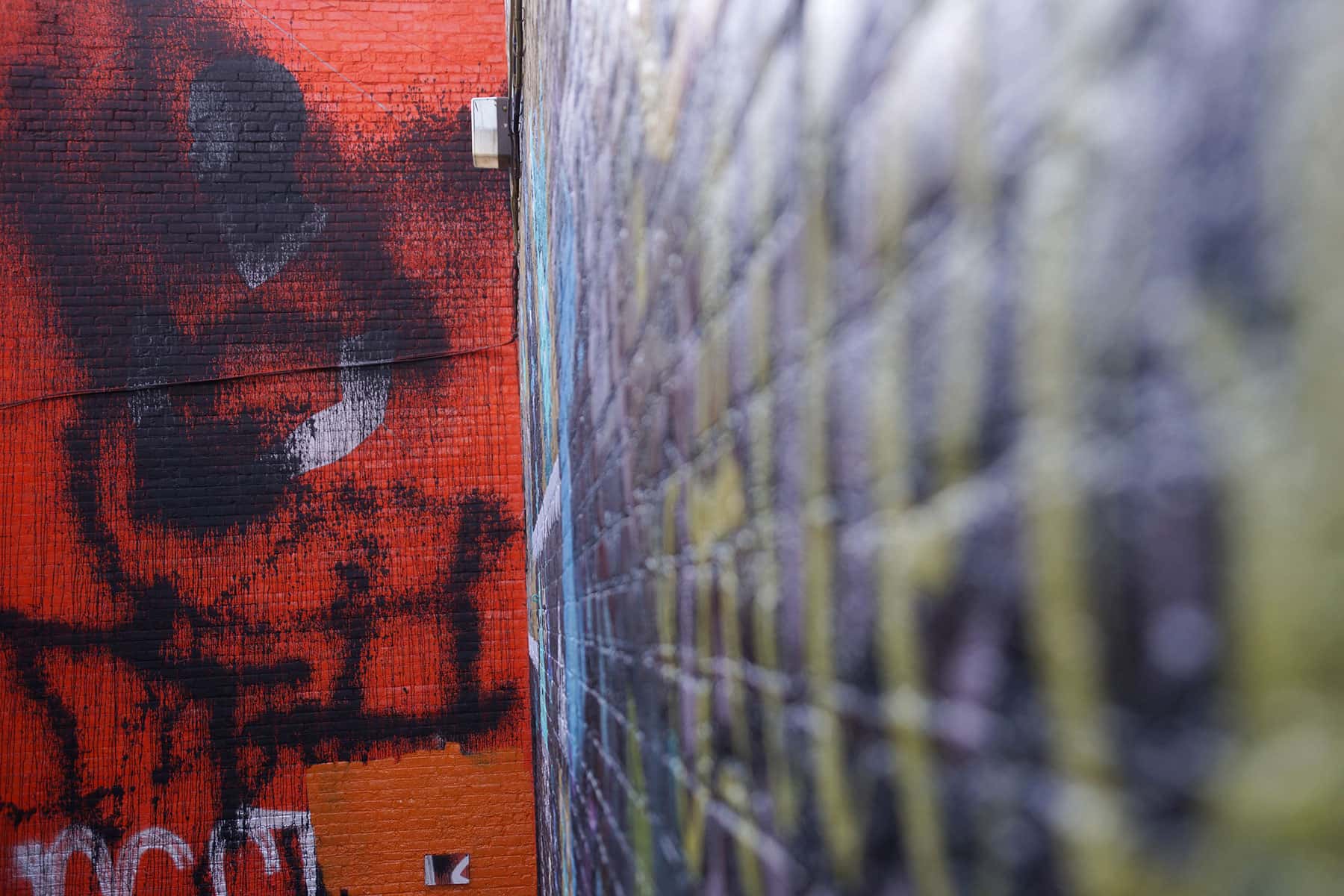 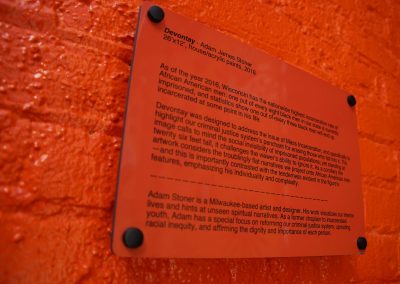 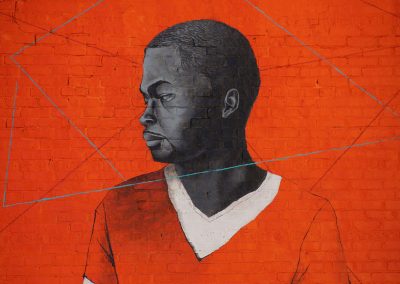 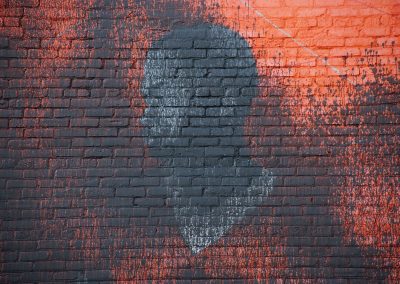 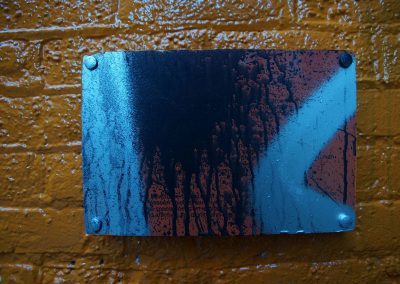 “My piece deals with the history of mass incarceration in Wisconsin, which has the highest rate of black male incarceration in the nation. One out of eight African American men in the State of Wisconsin, or 12.8%, is currently incarcerated. It’s an issue that we have not solved and it’s an issue that we rarely address as a community. I think we must open that dialogue up of what’s happening in Milwaukee to a wider audience. We need to think about it, and we need to create solutions.” – Adam Stoner, artist of the “Devontay” mural

The iconic “Devontay” mural, owned by the East Side Business Improvement District (BID) and valued at more than $10,000, was damaged sometime on the night of October 6. The orange wall with an African American man – modeled after a real individual – wearing an organ jail jumpsuit was splattered with dark paint and graffiti tagged. The anti-graffiti division of the Milwaukee Police Department is currently investigating the crіmе, and a reward is being offered for information about the incident.

“I just think it is a sad day for art in Milwaukee. I believe there really is no place for vandalism in the Black Cat Ally,” said Tim Decker, a Lecturer at UW-Milwaukee’s Peck School of the Arts who worked with Stacey Williams-Ng to develop the Black Cat Alley program, and was also a contributing artist. “But I believe in the community, and the people in Milwaukee who love public art, and the changes it makes to the communities.”

Even though all the murals in Black Cat Alley are considered temporary, the vandalism is still troubling. It also comes a few weeks after another controversy, involving Milwaukee Magazine using the artwork as the background for a fashion photo. A white female model wore an outfit made from plastic handcuff strips, and her pose in front of the symbol of an incarcerated African American man drew harsh criticism about the lack of racial sensitivity from the publisher.

The Black Cat Alley project director, Stacey Williams-Ng, made a public announcement about the vandalism on social media:

“The Black Cat Alley team and our artists are all saddened by today’s turn of events in the alley. Adam Stoner’s mural, “Devontay,” was defaced by vandals.

This mural has solicited a lot of different community reactions. That is what social-justice art is designed to do; this is what artists are good at.

We believe that up to 10,000 people have visited the alley since fall of 2016, and each and everyone of those people left the alley with an awareness of an injustice in our city. Stoner educated countless hundreds of people on the fact that Milwaukee has a higher rate of black male incarceration than any other city in the USA. It is a hard pill to swallow.

For many, this mural was a painful reminder and as such, was a trigger. But it was also an educational piece, and for that reason alone, it was an opportunity for dialogue. Sadly, that opportunity has now been destroyed, and we will all have to find other ways to fight this injustice and to keep the discussion going.

Thank you to Adam Stoner for your brave voice, and for your service in our community as a chaplain to incarcerated youth. I am proud to have had the opportunity to work with you.” 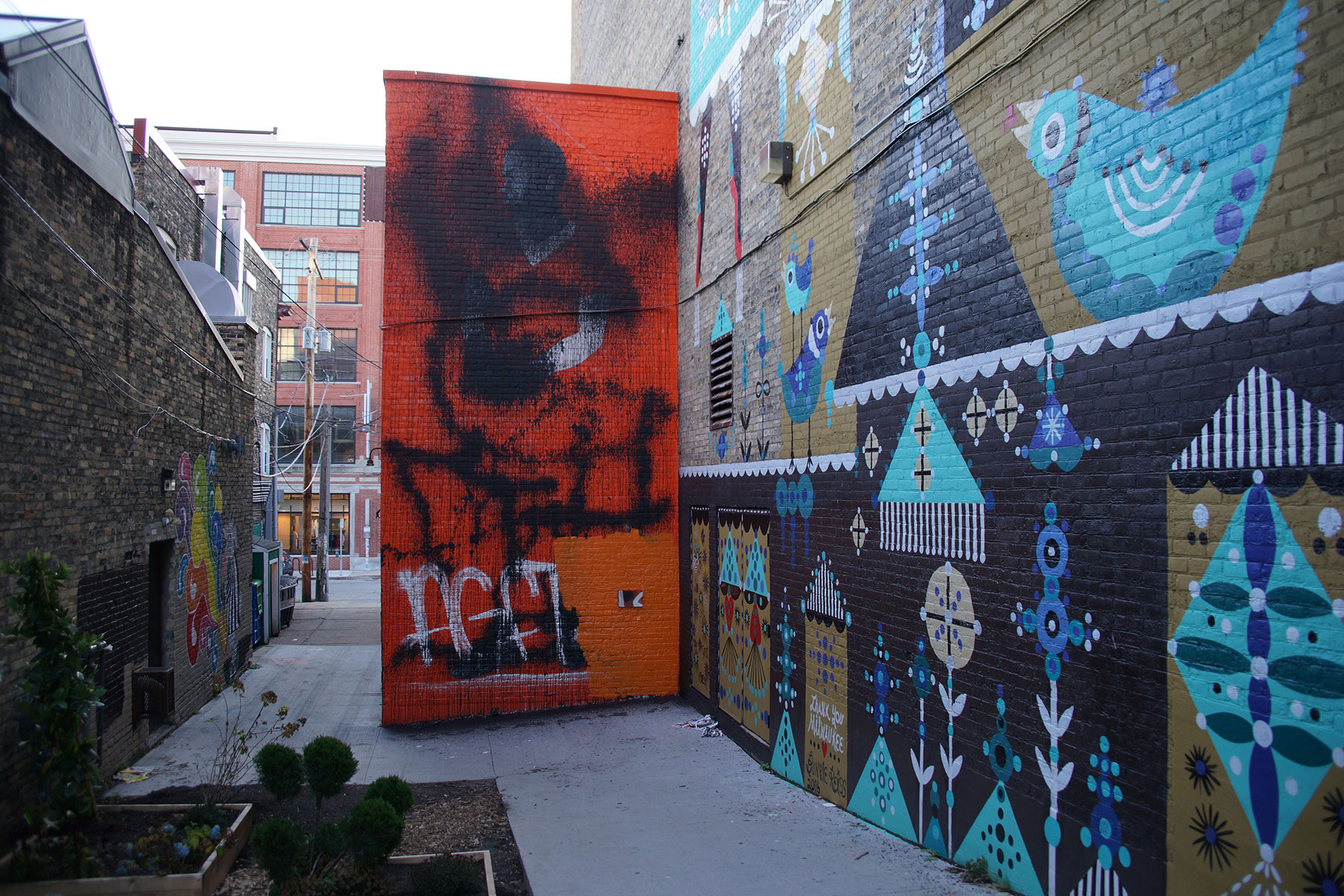 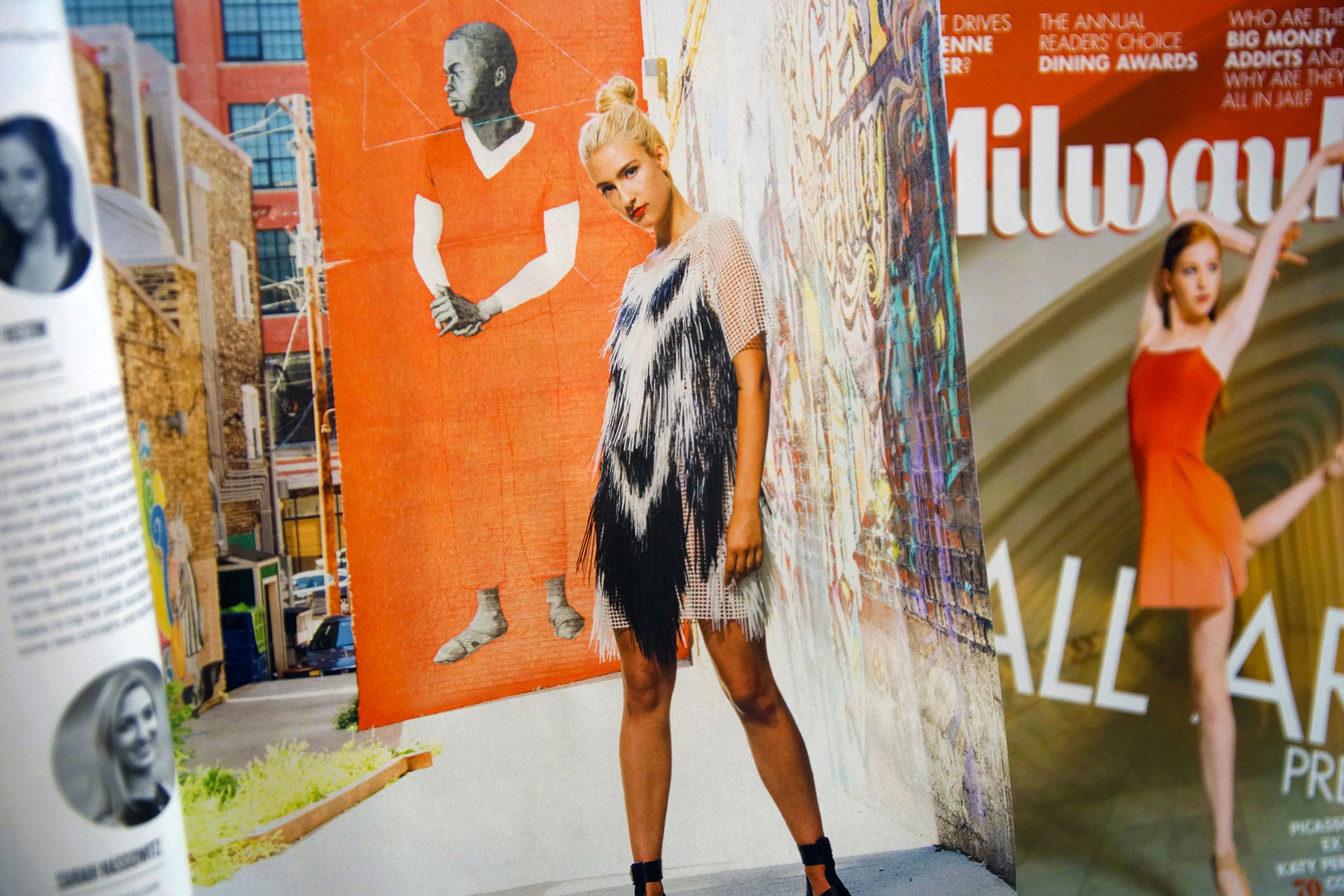 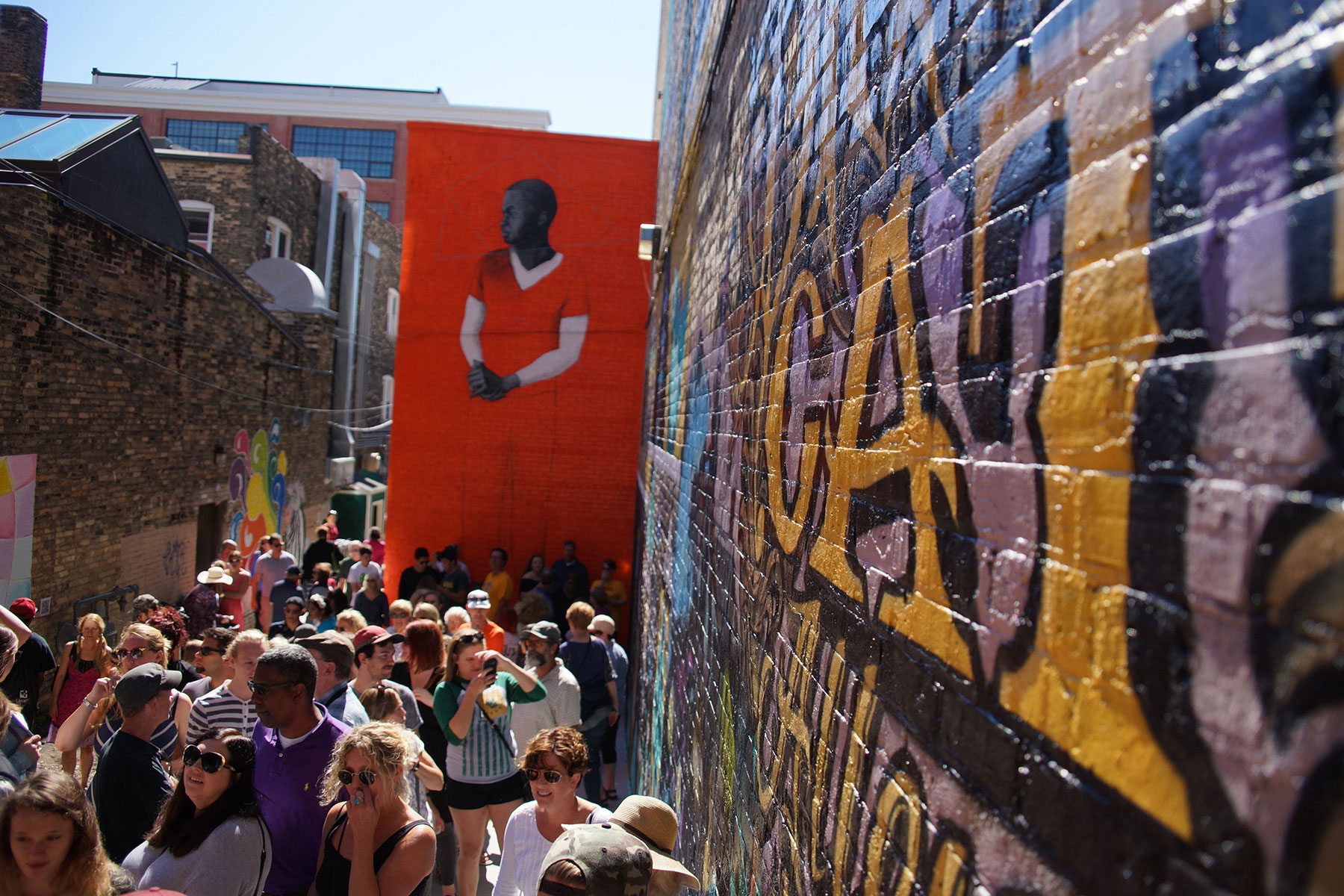 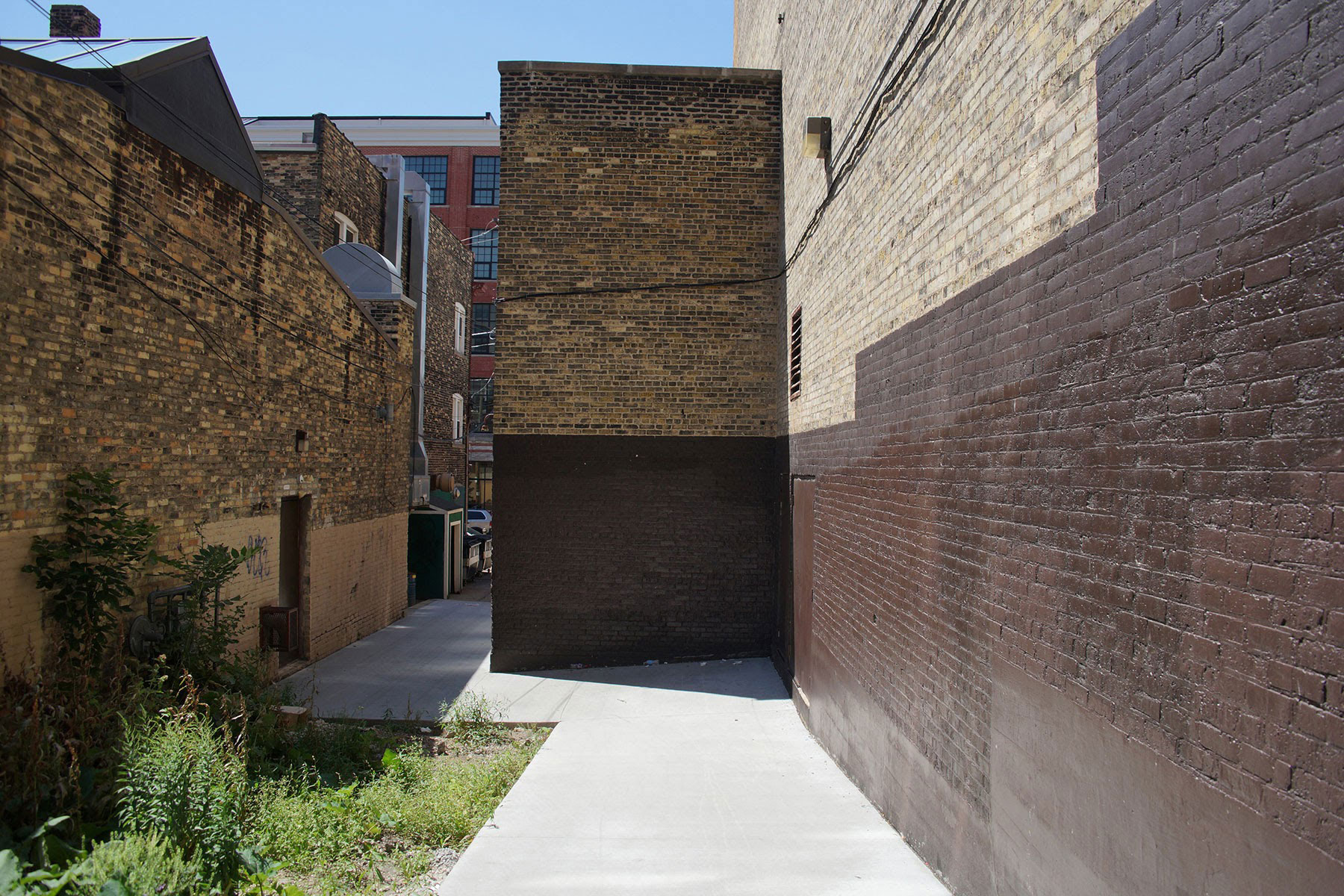 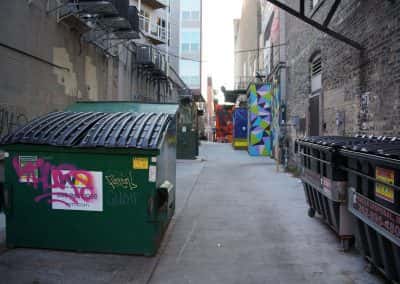 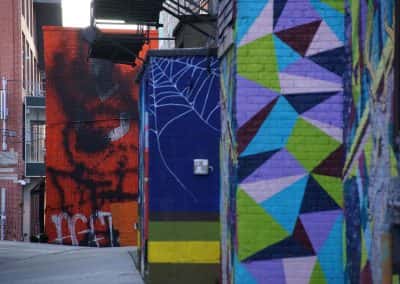 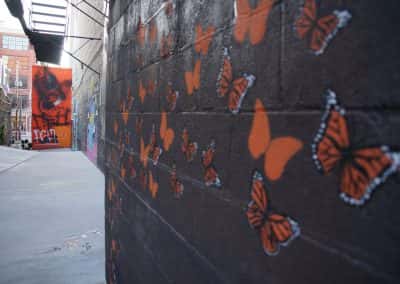 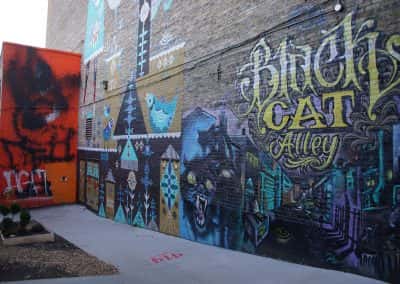 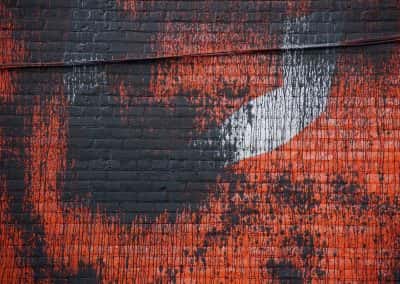 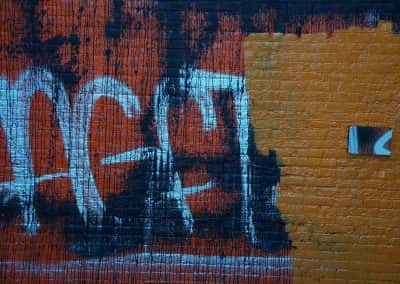 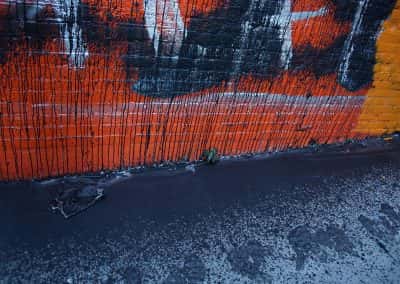 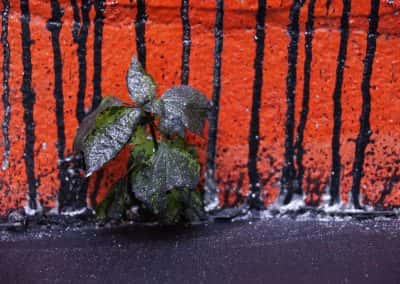 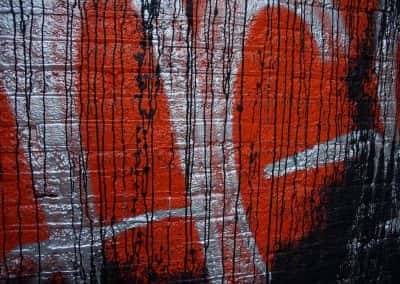 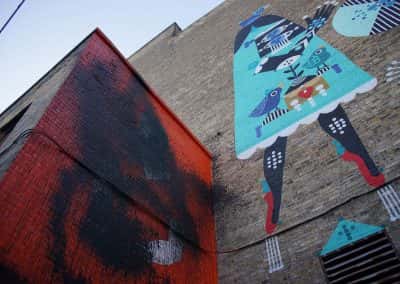 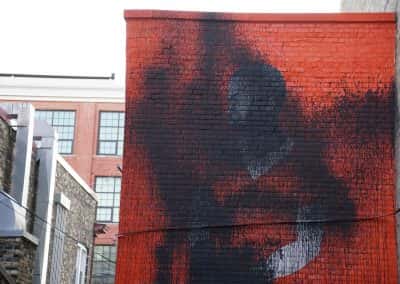 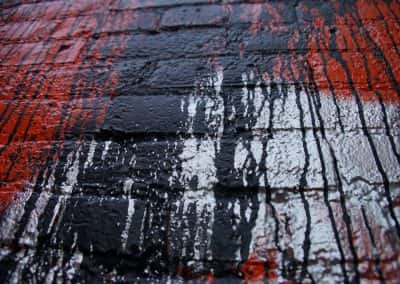 This video interview with Adam Stoner was originally filmed by the Milwaukee Independent while he was painting the mural in September 2016. The artist talked about his spiritual background, and a desire to use his artistic ability to bring awareness of and discussion about mass incarceration. 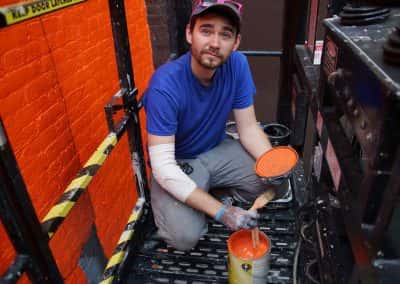 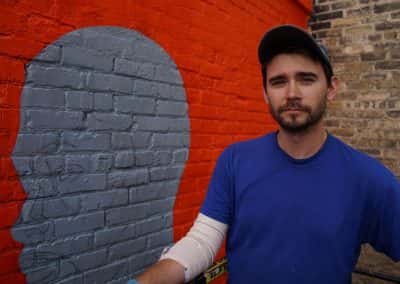 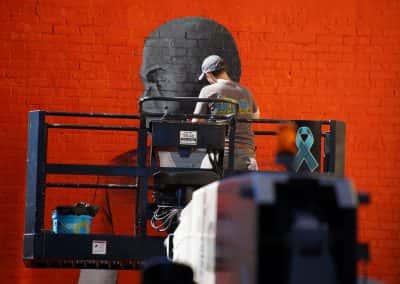 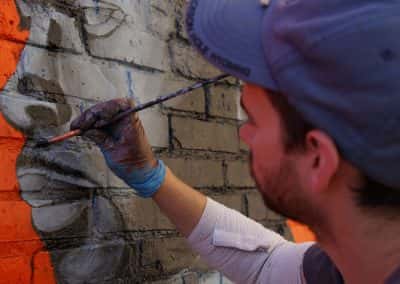 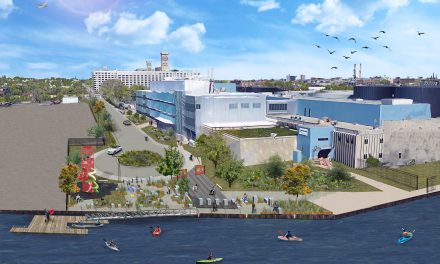 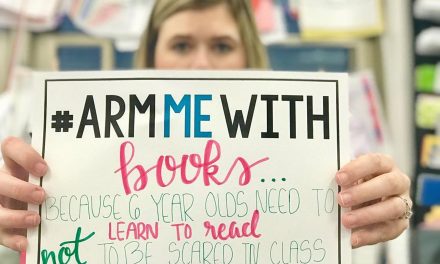 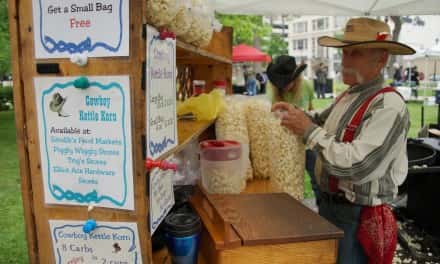 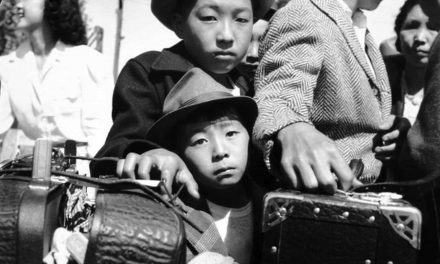