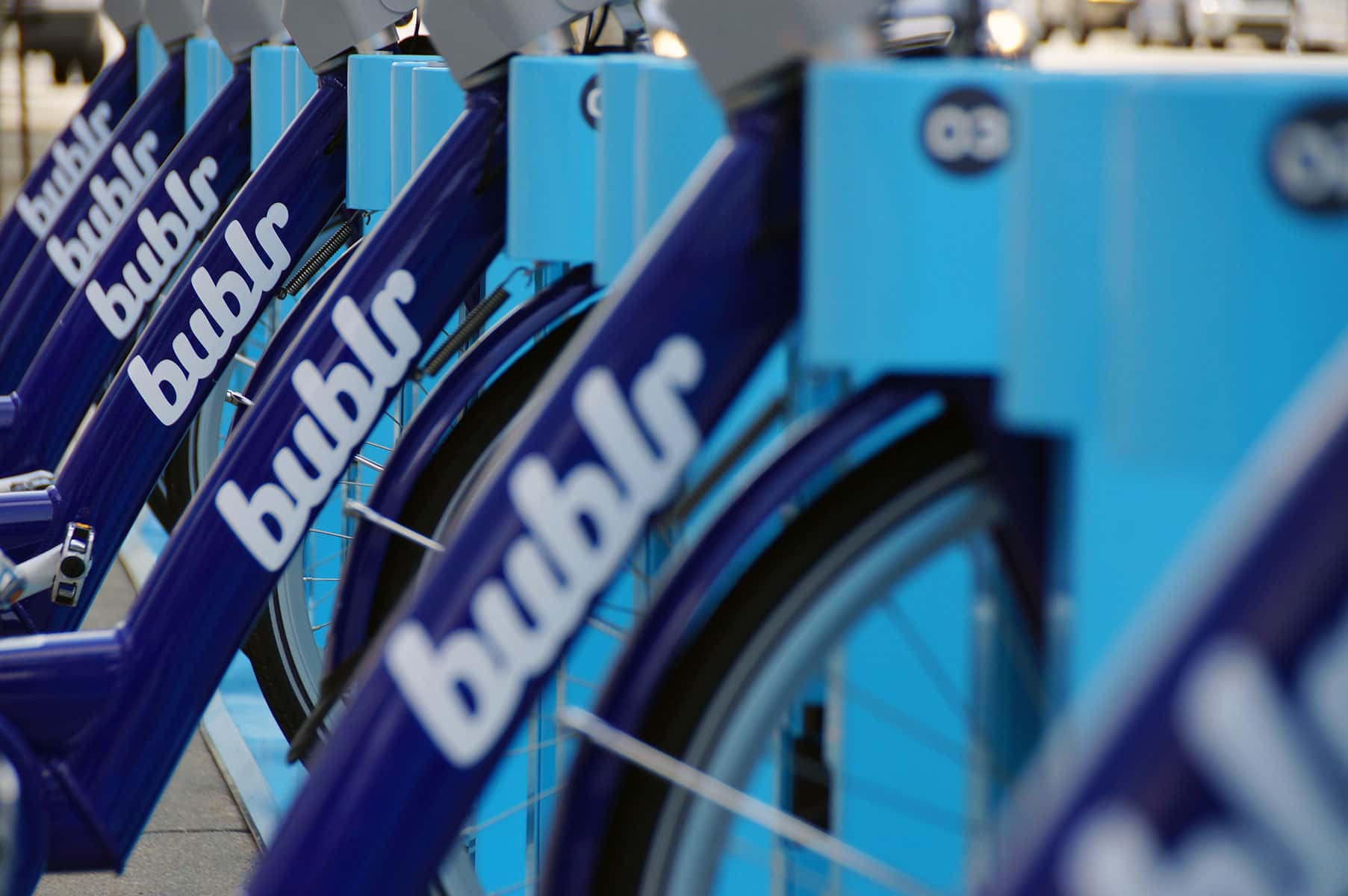 In partnership with Bublr Bikes, the City of Milwaukee Department of Public Works (DPW), will host a public information meeting on Tuesday, February 23, 2016 to discuss installing approximately 32 proposed new bike sharing stations over the next two years in several Milwaukee neighborhoods and downtown, where 28 Bublr Bikes stations already are in operation.

The City received a $1.6 million federal Congestion Mitigation Air Quality (CMAQ) grant to install new Bublr Bikes share stations in 2015 and 2016. Rules for using federal transportation funding for this project require that the proposed station locations must be reviewed for historic and various environmental impacts, and then approved by the State of Wisconsin before installation. The City also must share the proposed station locations with the public for comment.

Bublr Bikes, the City’s non-profit partner in the local bike share system, continues to reach out to community partners to raise private funds for more bike stations and to support system operations.

“Milwaukee has made great progress with our Bublr Bikes system since its launch in 2014,” said Milwaukee Mayor Tom Barrett. “Let’s keep the positive momentum going in 2016 by expanding bike share stations into more Milwaukee neighborhoods so more residents and visitors can enjoy bicycling for work, school, business, and recreation.” 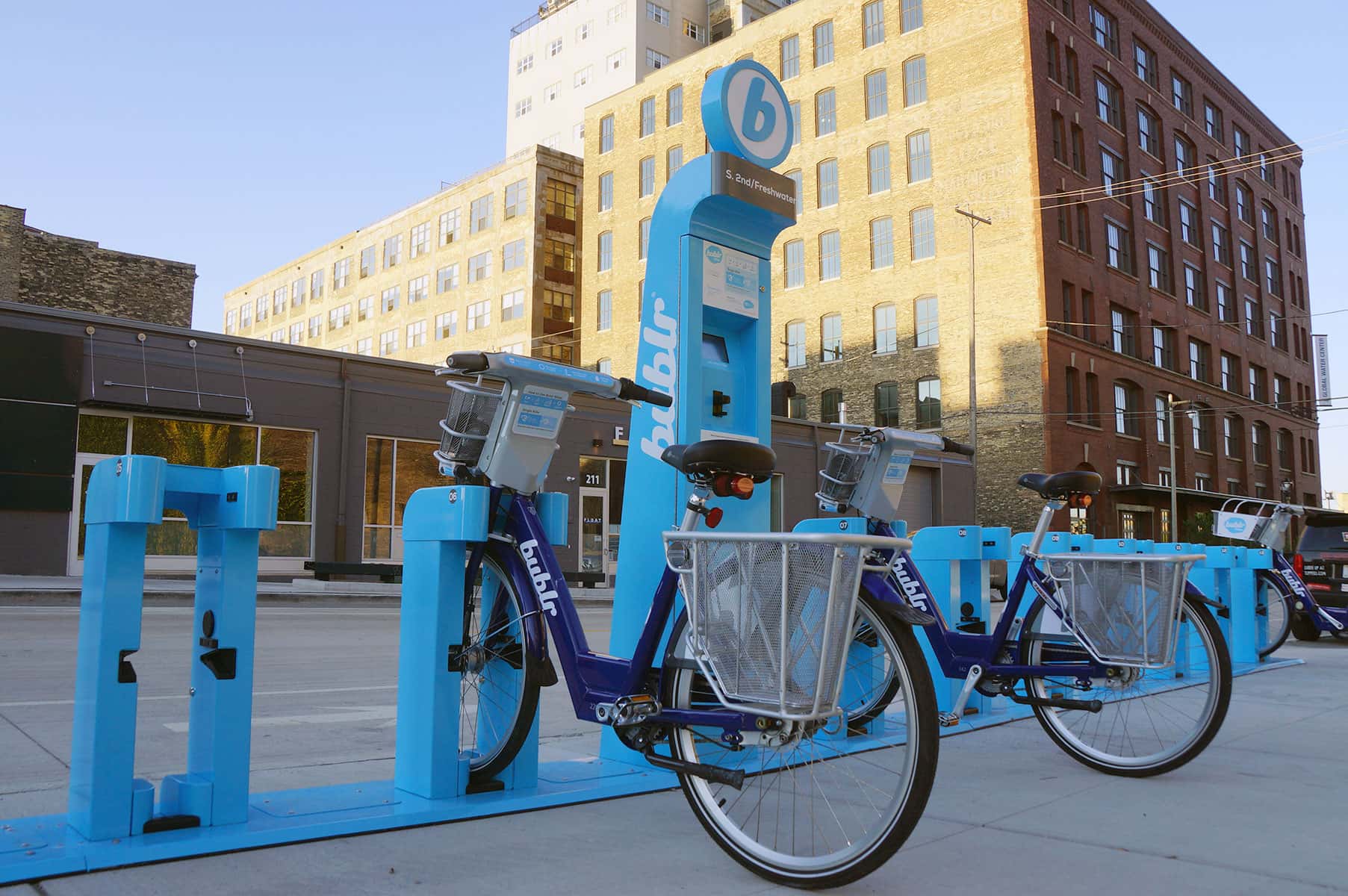 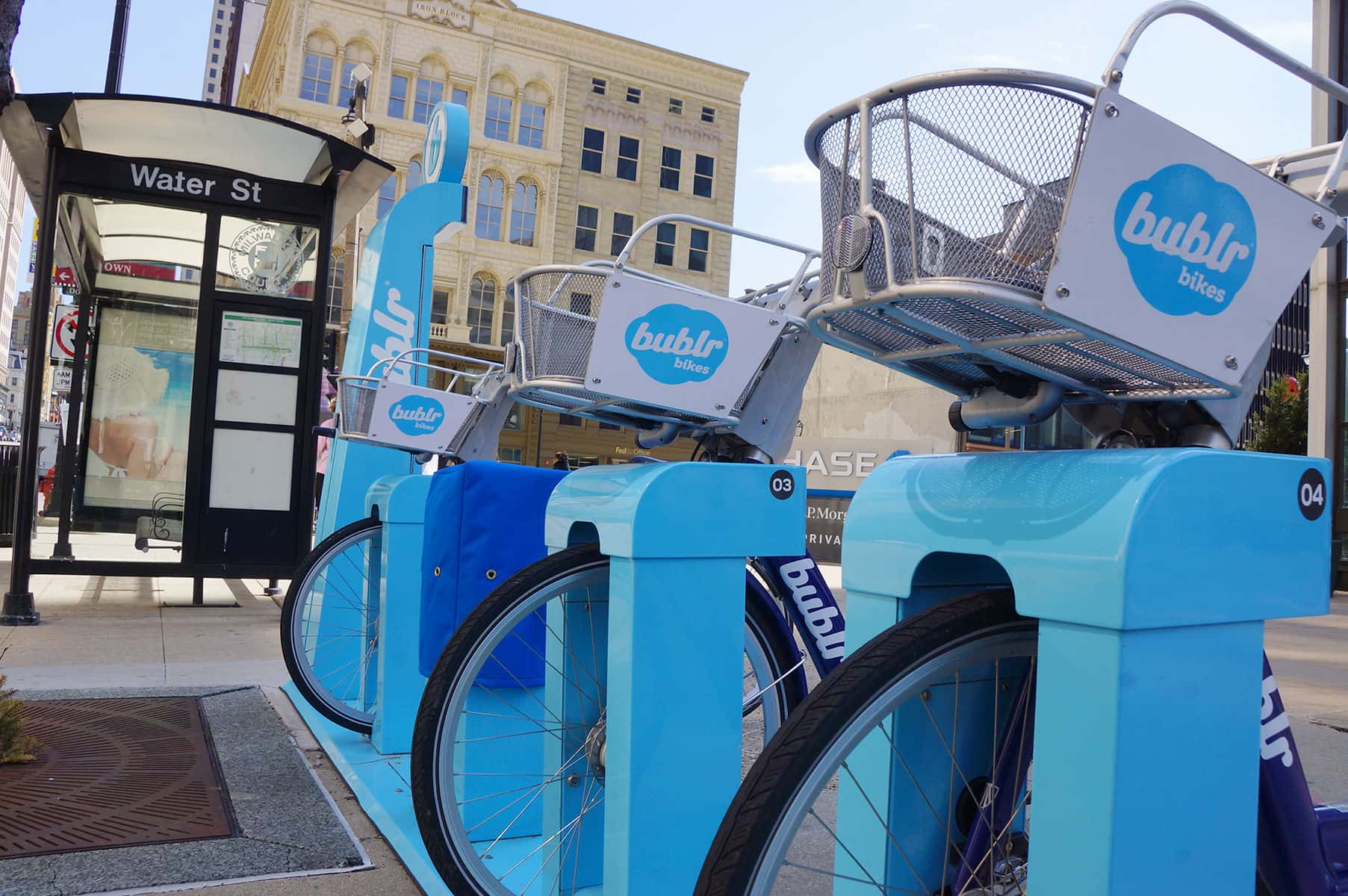 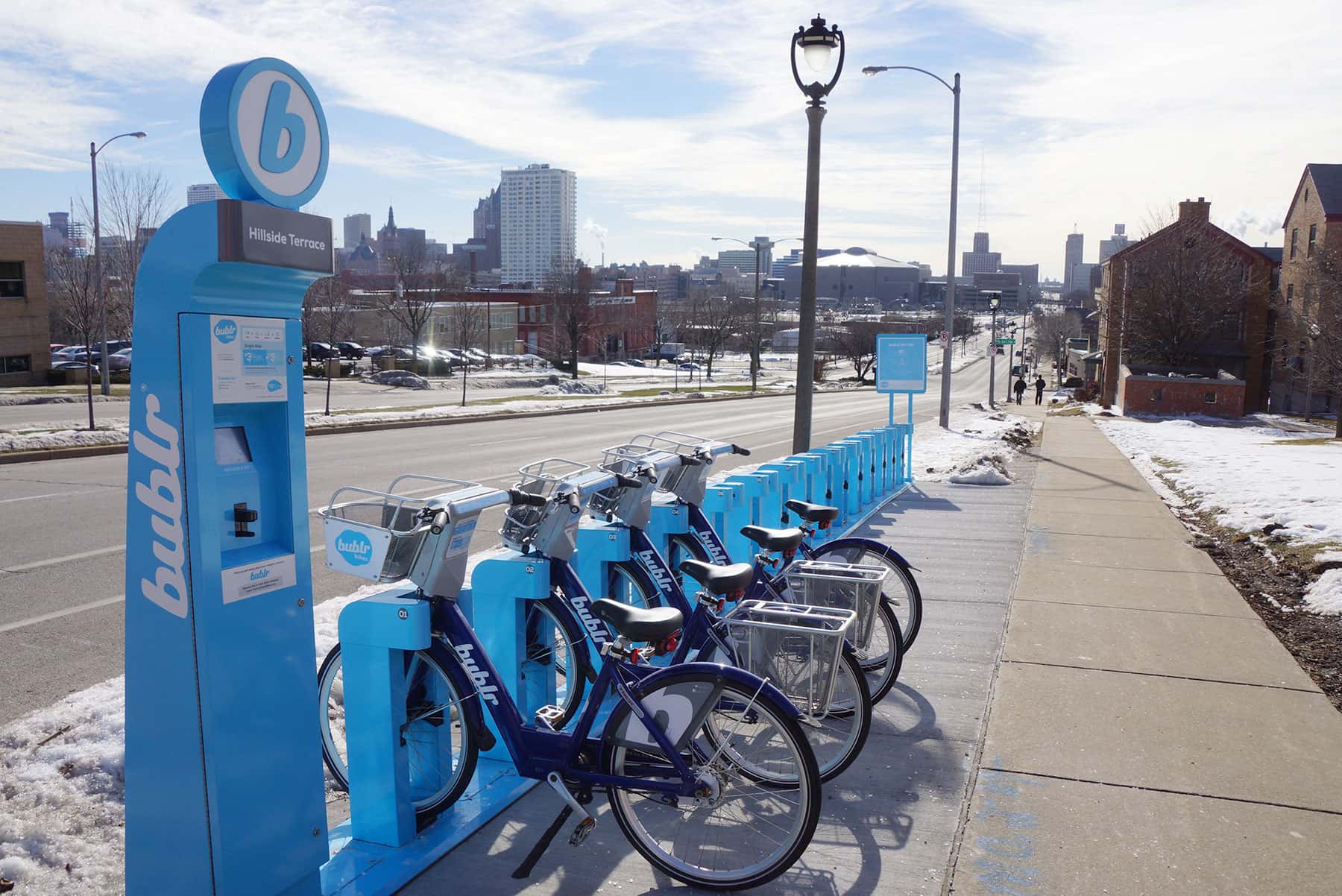 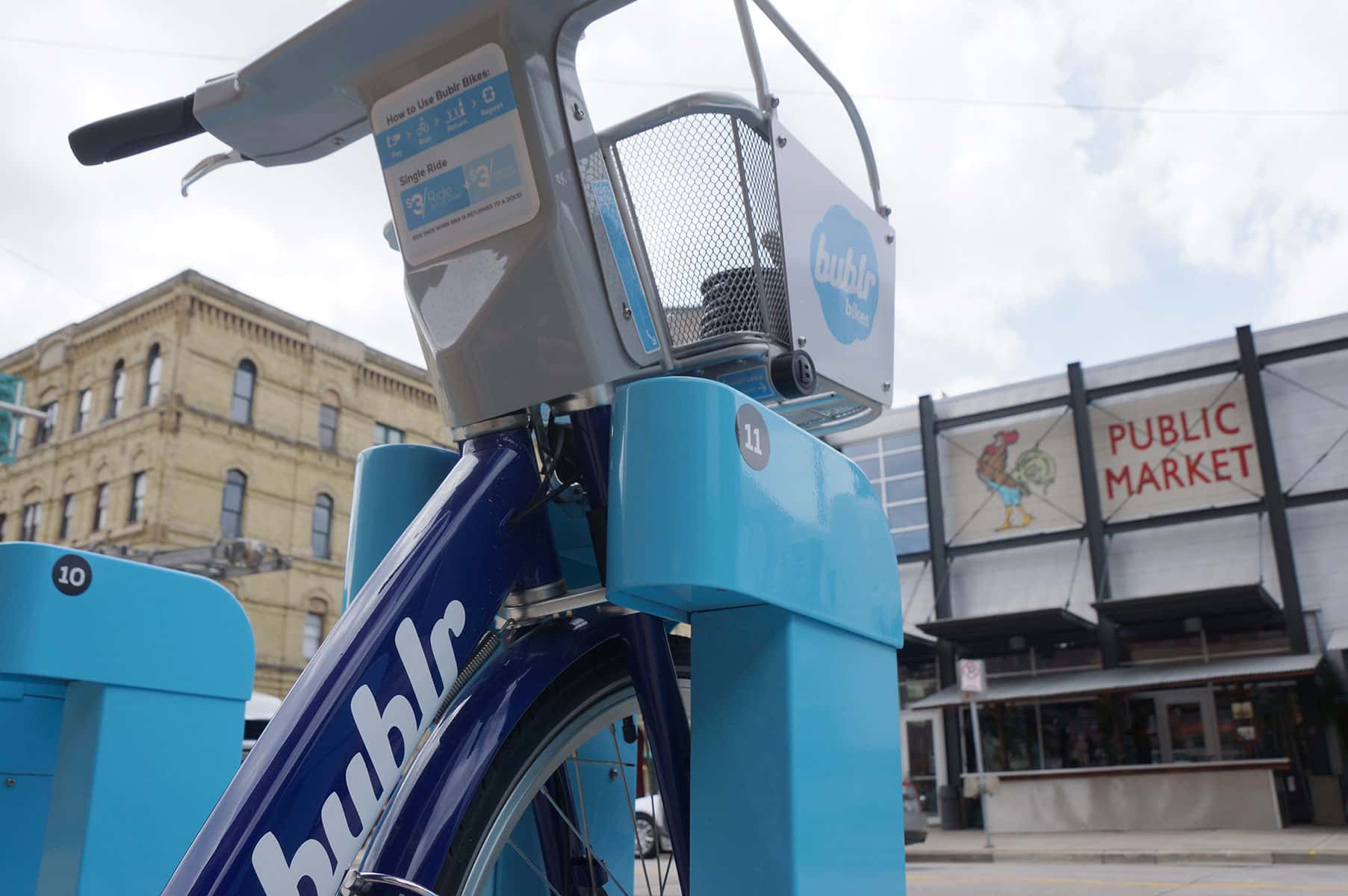 To purchase and install public bike sharing stations in downtown Milwaukee and near downtown neighborhoods, including site preparation work like concrete pads and electrical connections to power each station.

Currently there are 28 bike sharing stations operating in and near downtown Milwaukee, which have been funded through a combination of Tax Incremental District (TID) funds, private donations, and a $1.6 million federal transportation grant awarded to the City.

The City of Milwaukee developed a public-private partnership with a local non-profit organization, Bublr Bikes, to develop and operate a public bike sharing system in the City. There are numerous private businesses and several foundations that have provided support for system operations and community engagement. Additionally, the Village of Shorewood and the cities of Wauwatosa and West Allis will add stations to the bike share system (expected in 2017) using federal grant funds.

The City of Milwaukee received a transportation grant in 2014 from the federal Congestion Mitigation/Air Quality (CMAQ) program to significantly expand the Bublr Bikes system in downtown Milwaukee and near downtown neighborhoods. The federal CMAQ program provides funding to surface transportation projects and related programs that reduce congestion and provide travel options that result in improved air quality.

In addition to the federal CMAQ grant funding, the City’s not-for-profit bike share partner, Bublr Bikes, has been raising and continues to raise private funds to install additional stations and support system operations.

The City of Milwaukee’s Department of Public Works (DPW) staff, with support from the GIS (mapping) and the Department of City Development staffs, is completing the system planning and design in-house. City staff has worked closely with the staff and board of Bublr Bikes, elected City officials, project area stakeholders, and business improvement districts on station siting. Staff has also utilized input from public’s suggestions about where they would like to see bike share stations installed.

The City installed 12 stations funded through this federal CMAQ grant in Fall 2015. At the same time, five more stations were installed using student segregated fees approved by the UW-Milwaukee Student Senate for a total of 17 new stations.

The City is proposing to install up to another 32 bike share stations with the remaining federal CMAQ grant funds in 2016. The number and location of additional stations depends on the outcome of this public input cycle, required environmental, historic and archaeological approvals for the proposed sites, and finally the amount of money remaining in the grant. 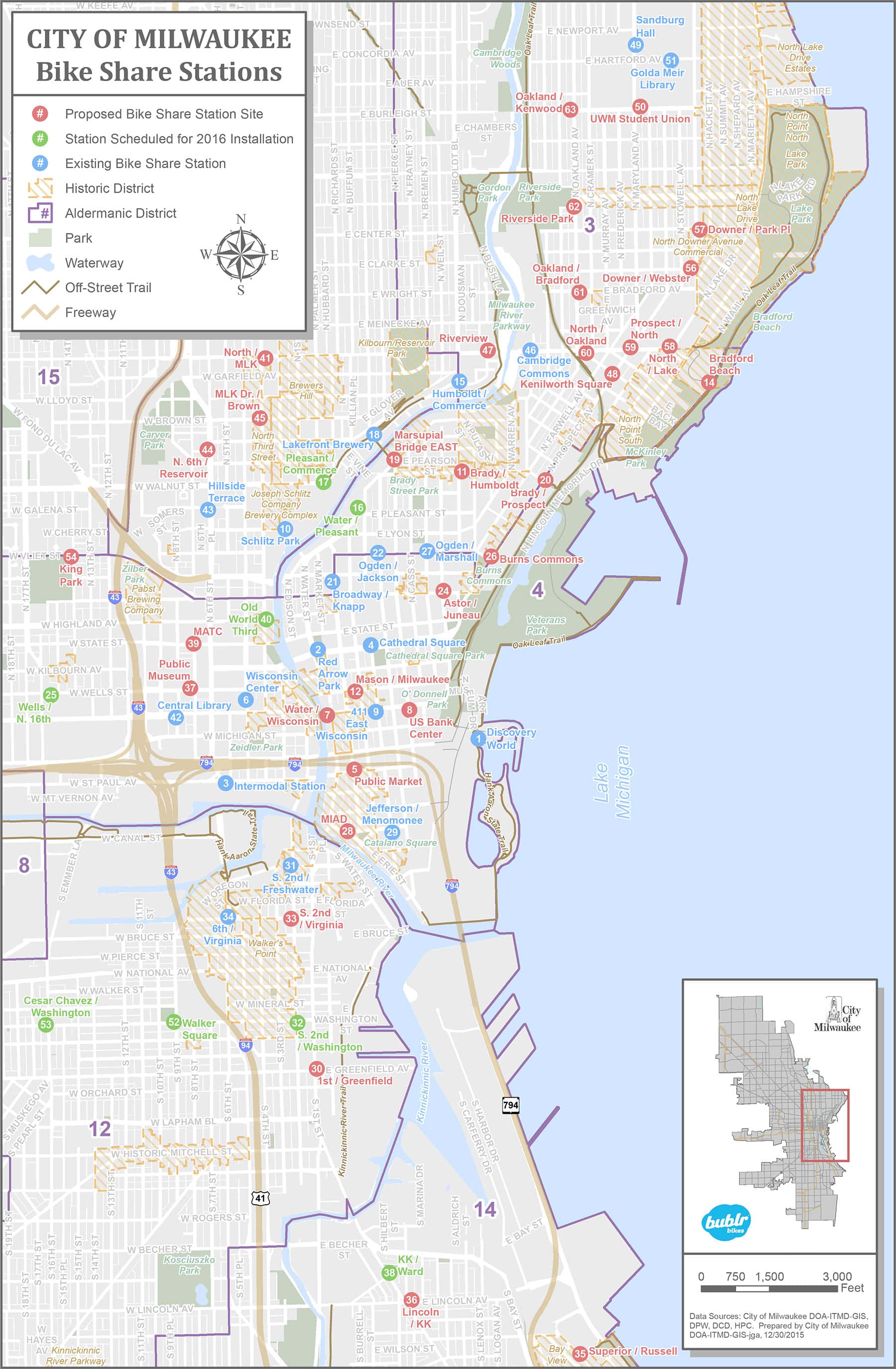 Bike sharing supports bicycling for transportation by providing a convenient, easy to use option for shorter trips, especially those that may be too long to reasonably walk, without the hassle of owning, maintaining or storing your own bicycle. It’s non-polluting, affordable and can help improve people’s health by incorporating physical activity into daily activities. Bike sharing can complement traditional transit by expanding its reach and providing residents and visitors more travel options in and around Milwaukee. 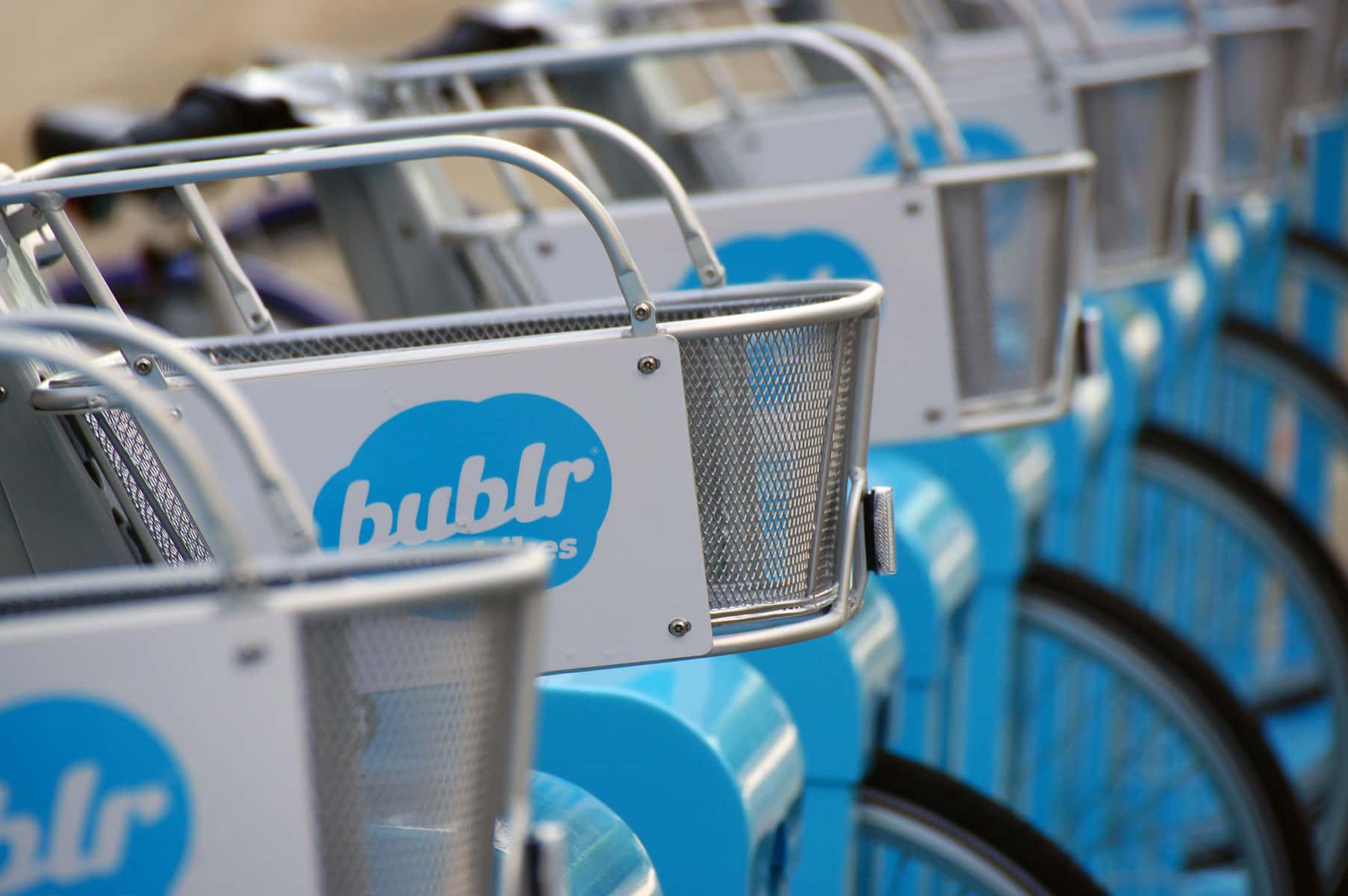 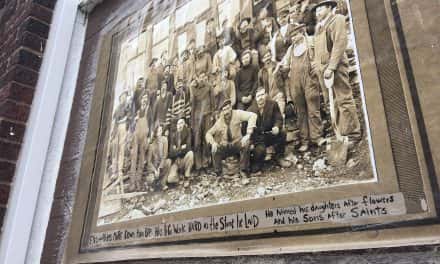 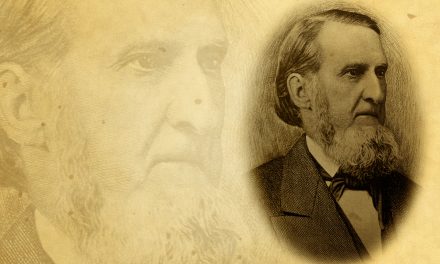 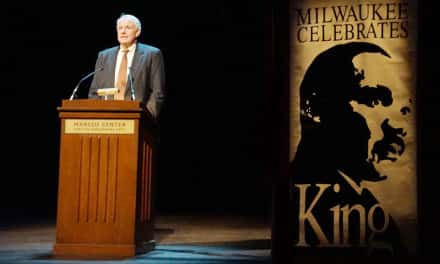 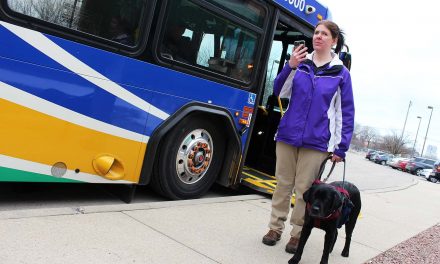