Criminal-in-Chief: No surprise why crime is rising after 4 years of a president who disregarded the rule of law 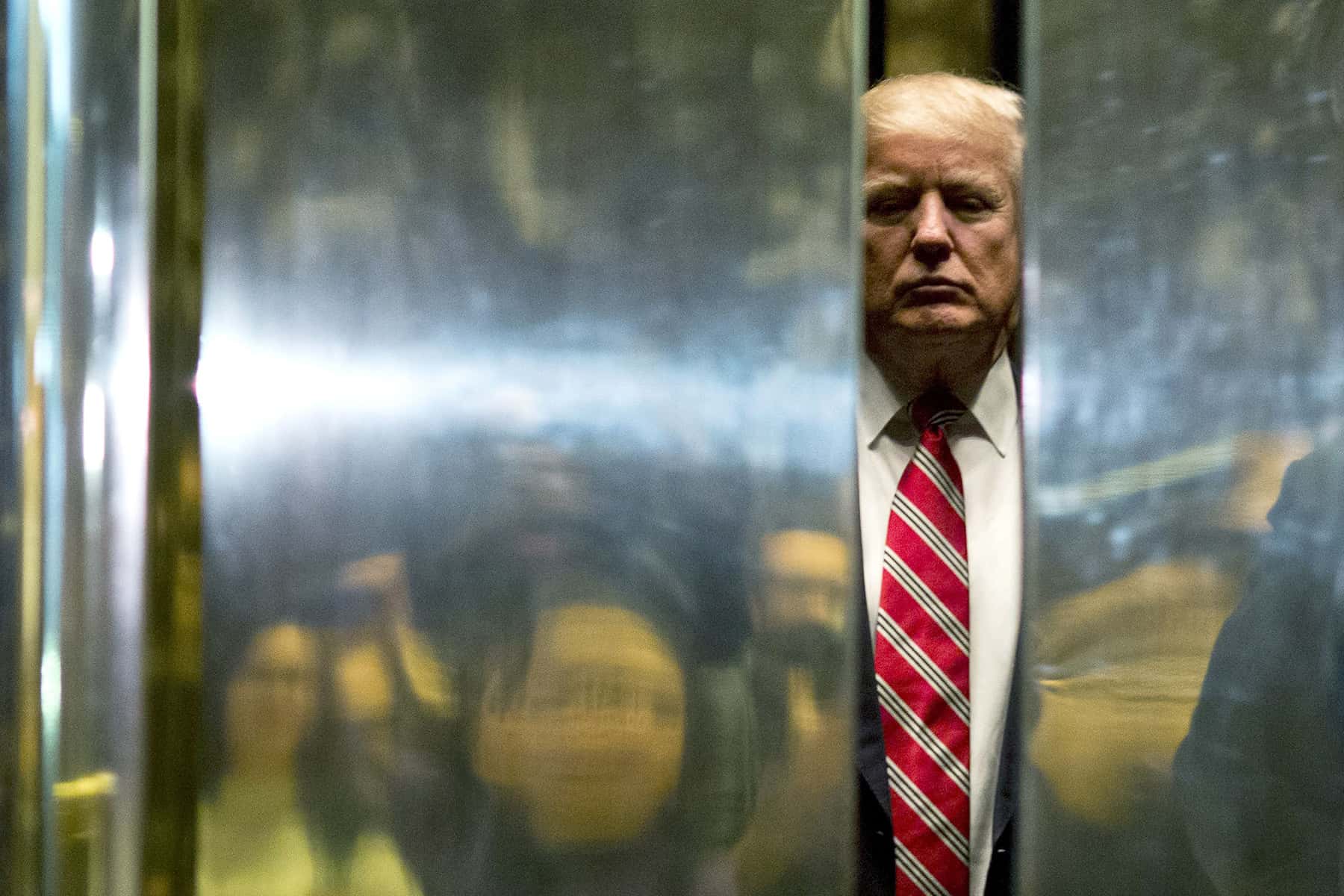 Crime is up and people are noticing. Which means it will get political, and fast.

Republicans are planning to make crime a big issue this fall for the elections: Newt Gingrich just pointed out on Fox how well it worked for Glen Youngkin in Virginia and they see it as a template for November. It is a scheme rich with irony. On the other hand it will probably work for them: Democrats need to get ready now.

So where is this crimewave coming from? Part of it, no doubt, is associated with people being out of work or out of school, and may resolve itself as people get back to work and back to school. Part of it is probably associated with how the pandemic exacerbated the homelessness crisis.

And numerous studies over the years has shown a clear association between increases in crime following increases in economic inequality, which has gone up in America over the past few years because of the Trump tax cuts and four decades of neoliberal economic policies.

But it would be impossible to discuss the pervasiveness of crime today without talking about the criminal who occupied the White House. After four years of America having a professional, lifelong criminal as our president, is it any wonder that crime is up? Criminality — like morality — flows from the top down.

Remember Enron? A professional corporate criminal named Ken Lay started the company in 1985, during the Reagan “greed is good” heyday of corporate crime. Hundreds of charges and indictments later, America found that Lay had succeeded in corrupting not only his company’s own employees, but also corrupted and thus destroyed the Arthur Anderson accounting firm, one of the five biggest in the nation.

Pandemic binge-watchers may be more familiar with the storylines of the streaming shows Billions, Yellowstone or Succession. All show the power of culture being defined by a ruthless rule-breaker at the top.

Or perhaps you heard about a small-time hustler named Rodrigo Duterte who ran the Philippine town of Davao for 22 years, bringing it fame as the place with the highest murder rate and the second-highest rape rate in all of the Philippines.

When Duterte became president in 2016, murders and rapes exploded across the country: he authorized and oversaw so many crimes — including thousands of politically motivated killings — that he is now being pursued by the International Criminal Court.

These examples show how a culture of criminality — be it corporate or political — flows from the top down. When a criminal is in charge, he sets the tone and becomes the role model for the company or country, just like parents set the moral tone for families.

Put a criminal in charge and you get more crime. It is really that simple.

It may take a few years for the criminal culture to permeate the entire organization or society, or for young people marinated in the leader’s criminality to come of age and begin acting out, but the number one way to increase crime in a company or society is to put a crook in charge.

Which is why it is ironic that Newt Gingrich said Republicans should use the issue of today’s “crime wave” as a cudgel against Democrats in the elections coming up this fall.

For four long years, we had a rapist, tax cheat, embezzler, fraudster, mob associate and criminal as President. Is it any wonder that America’s criminal class has been emboldened? Or that young people who came of age during his presidency are choosing crime as a way to make a quick buck?

They watched, after all, as Trump tried his best to make it easier for other criminals of his ilk, gutting the IRS and promoting hundreds of unqualified hacks to the federal courts, even as he got away with committing the 10 prosecutable instances of blatant obstruction of justice that the Mueller investigation revealed.

Trump’s Secretary of Commerce was called a “professional grifter” by Forbes magazine; his Secretary of the Treasury was known as the “Foreclosure King” after allegedly hiring people to illegally robo-sign thousands of fraudulent documents and using them to make millions by evicting over 30,000 California residents from their homes.

Trump’s kids were convicted of running a fraudulent “charity” and are allegedly tied into hundreds of millions of dollars’ worth of never–prosecuted tax and bank fraud schemes.

His “fixer” and lawyer, Michael Cohen, went to federal prison for a campaign finance scheme that Trump not only oversaw but signed the checks for, but still seems to have gotten away with.

Five of his Cabinet Secretaries were referred to the Department of Justice for criminal prosecution by their own agencies’ Inspectors General: Trump’s morally challenged crony Bill Barr killed the prosecutions.

And Trump tried to overthrow the government of the United States right out in the open, and over 1000 Republican officials who had taken an oath to uphold the public trust chose to cooperate with his criminal scheme. Given all that, how can any anybody be astonished that criminality has crept into the broader American culture?

The danger we all face now is that Republicans could succeed in convincing America that this Trump-inspired “crime wave” is best solved by electing more Republicans in his mold.

“Law and Order” has been a dog-whistle signature of theirs for decades, since the notorious criminal – treason, bribery and hiring a burglary -Richard Nixon put it at the center of his 1968 and 1972 elections.

George HW Bush had his agents set up a Black high school student to sell them cocaine across the street from the White House so Bush could wave the bag of white powder on national TV. Bush got a powerful campaign commercial; teenager Keith Jackson got a 10-year prison sentence. The judge who reluctantly sentenced Jackson said of President Bush, “He used you, in the sense of making a big drug speech.”

Crime is powerful stuff. Being the victim of crime is to experience genuine trauma. As the famous psychologist Abraham Maslow pointed out, when a person is experiencing a threat to their own safety pretty much all other considerations go out of mind.

Getting Medicare For All passed would be nice, but if somebody is breaking into your house or driving your car down the street it quickly becomes a secondary or tertiary consideration. Crime is visceral and there is nothing else that hits us so deeply at the level of survival, the foundation of Maslow’s hierarchy of human needs.

Democrats must both put forth bold initiatives to solve this problem and prepare for the coming political onslaught.

“Defund the police” has been used against Democrats with success in numerous races since the Black Lives Matter marches in protest of George Floyd’s murder. The GOP distorted and amplified the original outraged message, and the press played their typical role, bringing exaggerated Republican talking points about Democrats wanting to “get rid of the police” into every home in America.

Democrats must find and promote “reform the police,” “community policing,” and other crime-reducing success stories from Democratic-run cities to promote, similar to the way Republicans nationwide held up Rudy Giuliani’s “no broken windows” and “stop and frisk” policies with so much political success back in the day.

Giuliani’s policies were mostly cosmetic and appealed to racist impulses; Democrats must highlight actual success stories that can be replicated in communities of all sizes coast-to-coast.

Republicans have also succeeded in characterizing “crime” as something that’s done mostly by poor people and minorities, a meme reinforced by decades of TV shows and movies.

“Since 2015, criminal penalties levied by the Justice Department have fallen from $3.6 billion to roughly $110 million. Illicit profits seized by the Securities and Exchange Commission have reportedly dropped by more than half. In 2018, a year when nearly 19,000 people were sentenced in federal court for drug crimes alone, prosecutors convicted just 37 corporate criminals who worked at firms with more than 50 employees. …

“In 2017, researchers estimated that fraud by America’s largest corporations cost Americans up to $360 billion annually… That’s roughly two decades’ worth of street crime every single year.”

A single billionaire family recently appears to have gotten away with an estimated $10 billion while causing more American deaths than all shootings, muggings, murders and carjackings combined over the past thirty years. Our regulatory agencies that should be catching corporate criminals have been gutted since the Reagan era, when “deregulation” became a Republican religion and corporate crime began to explode.

Reframing “policing” and “the definition of crime” are just two examples: this is fertile ground for Democratic strategists and policy planners. There are a whole range of others.

Donald Trump launched a one-man crime spree run out of the Oval Office, and the GOP is now planning to paint Democrats as criminal-coddlers. In reality, Democrats are not anti-cop or opposed to laws being enforced in a fair and orderly society:

New York City just elected a Democratic former police chief as their mayor. A former cop in Florida, now a Democratic member of the U.S. House of Representatives, may well take on Senator Marco Rubio in the next election.

Democrats need to get ahead of this issue of crime, both perception and policy-wise, before it buries them.

© Thom Hartmann, used with permission. Originally published on The Hartmann Report as If a Criminal Becomes President — Do You Get More Crime? 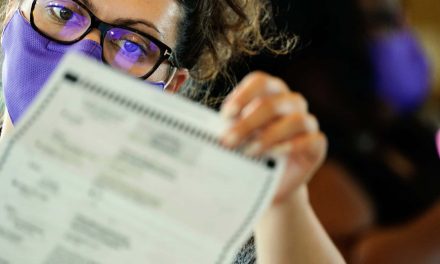 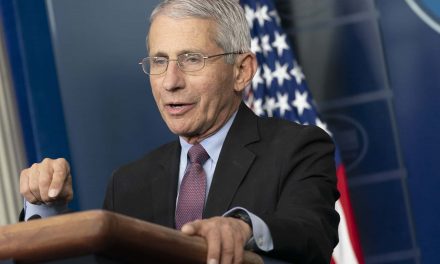 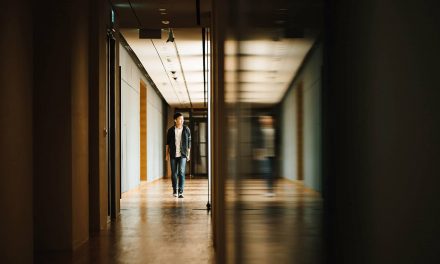 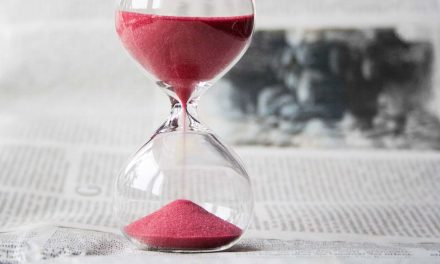