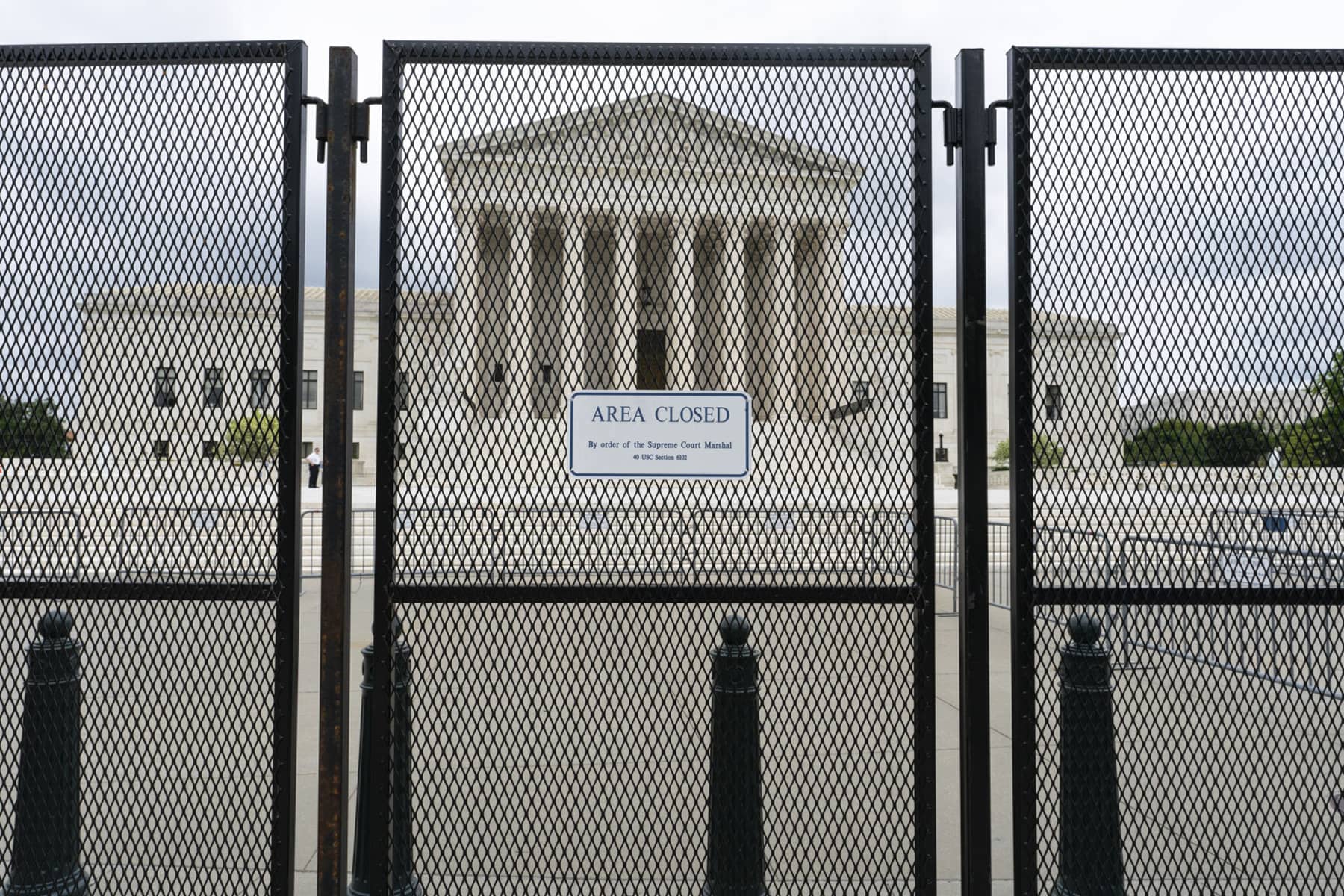 The abortion battle is not just about religion. We are also watching the last ages of White Supremacy, and it is scaring the hell out of White people who have bought into the racist belief that “others” are fundamentally different and inferior.

This firestorm around abortion is another dimension of the White freak-out about the browning of America that stretches from the days of slavery through 19th century “scientific racism” to Charles Murray’s book The Bell Curve:,America is no longer all-White or all-under-White-control.

And the White Supremacists are bound and determined to do something about it.

For example, a footnote in Justice Alito’s draft Dobbs v Jackson opinion has caused a firestorm across the internet. In it, he referenced a 2008 report from the CDC, writing:

“[N]early 1 million women were seeking to adopt children in 2002 (i.e., they were in demand for a child), whereas the domestic supply of infants relinquished at birth or within the first month of life and available to be adopted had become virtually nonexistent.”

Alito’s footnote also brings to mind a question Handmaid – yes, that is what she called herself in the religious cult in which she grew up – Amy Coney Barrett asked during the oral arguments in Dobbs.

She essentially argued that forcing women to carry a baby to term was no big deal because we could “separate” the burdens of childbirth and parenting by tossing unwanted kids out for adoption:

“And insofar as you and many of your amici focus on the ways in which forced parenting, forced motherhood, would hinder women’s access to the workplace and to equal opportunities,” she asked a Roe v Wade advocate, “it’s also focused on the consequences of parenting and the obligations of motherhood that flow from pregnancy. Why don’t the safe-haven laws take care of that problem?”

Suggesting that women get abortions at 23 weeks – which almost never happens; that is the end of the second trimester and the edge of fetal viability, she continued, arguing that just another “15, 16 weeks” leading to childbirth could not be that much of an extra burden on girls and women:

“It doesn’t seem to follow that pregnancy and then parenthood are all part of the same burden. And so it seems to me that the choice, more focused, would be between, say, the ability to get an abortion at 23 weeks, or the state requiring the woman to go 15, 16 weeks more and then terminate parental rights at the conclusion.”

We should be clear here: Alito and Barrett are talking about White babies.

There is an actual “shortage” of them, dating back to Roe v Wade being put into law, causing White people who want to parent but can’t or don’t want to go through a pregnancy to turn to adoptions from Russia and Eastern European nations.

Looking at federally-published adoption statistics from the pre- and post-Roe era, researchers at Princeton University concluded in 1993:

Black adoption rates, on the other hand, are still where they were before Roe, largely because unwanted Black children are often cared for by extended family members rather than put up for adoption. As that Princeton study noted that both pre- and post-Roe:

“Relinquishment of premarital births among Blacks has consistently been very low (less than 2%).”

In other words, safe and legal abortion limited the supply of White babies for adoption, as well as stabilizing the White population, all while non-White immigration picked up speed dramatically post-1965.

And that is producing a real crisis for the White Supremacist crowd currently represented by the five right-wingers on the Court. Yes, Black people, even those on the Supreme Court, can still be White Supremacists.

It is such a crisis that Republicans in Tennessee just passed a law criminalizing mailing or possessing abortion-causing drugs.

And they are not stopping with abortion: in Arizona, a Republican candidate for the Senate has come right out and said that the Supreme Court’s Griswold decision, which legalized birth control in 1965, was “wrongly decided.”

They are coming after birth control itself because they are desperate to get more White babies in circulation.

They are typically using religious arguments, but, as TIME magazine noted last year in an article by Carey Wallace titled White American Christianity Needs to Be Honest About Its History of White Supremacy:

“For the vast majority of American history, Christian ministers have spoken with passion and vigor in favor of slavery, segregation, and White Supremacy. Not even all Christian abolitionists were convinced of the full humanity of the people they fought to free. The Ku Klux Klan is a movement deeply rooted in the church, in both the North and the South.”

This issue of the browning of America has been panicking White Supremacists since the Reagan administration, when the change to our immigration laws in 1965 with the Hart-Cellar Act — which ended racial immigration quotas going back to 1921 that were designed to keep America White — was becoming obvious.

Should it then surprise anybody that the White Supremacists flipped out about both immigration and abortion/birth control?

Back during the Reagan administration, there were even books published about this “crisis” of the browning of America. This has absolutely freaked out White Supremacists who believe White people should be in charge of this country because they think Whites are genetically superior to all other races.

They actually believe this bizarre racist pseudoscience that has dominated the world for the past 400 years.

And they use that belief to justify tearing brown children from their mothers, as Stephen Miller did so gleefully. Or pushing to shoot protestors for Black rights in the legs as Donald Trump demanded of Defense Secretary Mark Esper.

This has been going on for a long time: in The Hidden History of American Healthcare, I lay out how Frederick Hoffman’s “scientific racism” was used by both the government and American corporations from the 1890s to the 1960s to justify denying healthcare and health insurance to Black people.

Blacks, Hispanics, and Asians are not the only ones this argument has been used against: “racial” discrimination based on these superior/inferior theories was widespread in America against Irish, Italians, and Poles from the mid-19th through the early 20th century.

“Racially-motivated” anti-Irish violence was particularly vicious in Boston and New York after the Irish Potato Famine of the 1840s drove immigration to America; in 2002 Leonardo DiCaprio and Martin Scorsese made a movie about it, Gangs of New York, set in 1865.

And much like Irish people were finding allies among “White Americans” in the 1860s, White people today are showing up in huge numbers to stand side-by-side with Black victims of police violence.

As Amy Harmon and Sabrina Tavernise reported for The New York Times, when people poured into the streets of America to protest the murder of George Floyd:

This was the first time White people outnumbered Blacks in a major nationwide protest for civil rights, and it totally freaked out the White Supremacists, who just in my lifetime once fully controlled the courts, schools, the military, giant corporations, and even major league baseball and football.

And then along came a Black president who could easily go toe-to-toe with any White politician, both in intellect, morals, and charisma. Trump milked eight years of racist invective against Obama with his “Birther Movement.”

White supremacists have had their day for 400 years, from the era of slavery to the more recent promotion of The Bell Curve book on the American Enterprise Institute’s website.

That day is rapidly fading, however, so they are upping their game, trying to use everything from violence to politics to packing the Court to slow down non-White immigration while increasing White births.

They have even made common cause with anti-abortion religious fundamentalists who claim to be acting in the name of God.

It is not going to work in the long term, but how many women will the GOP’s new forced pregnancy laws kill in the process?

© Thom Hartmann, used with permission. Originally published on The Hartmann Report as The Abortion Firestorm is also a White Freak-out About the Browning of America 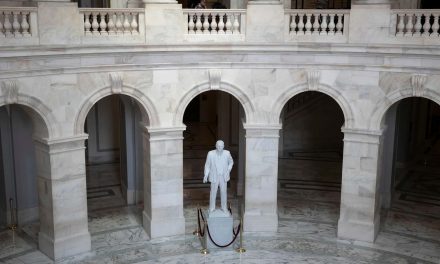 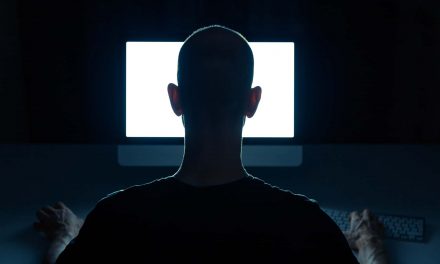 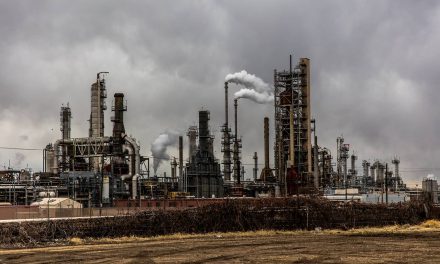 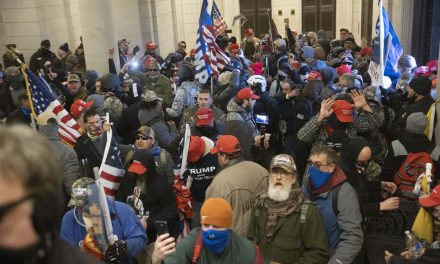