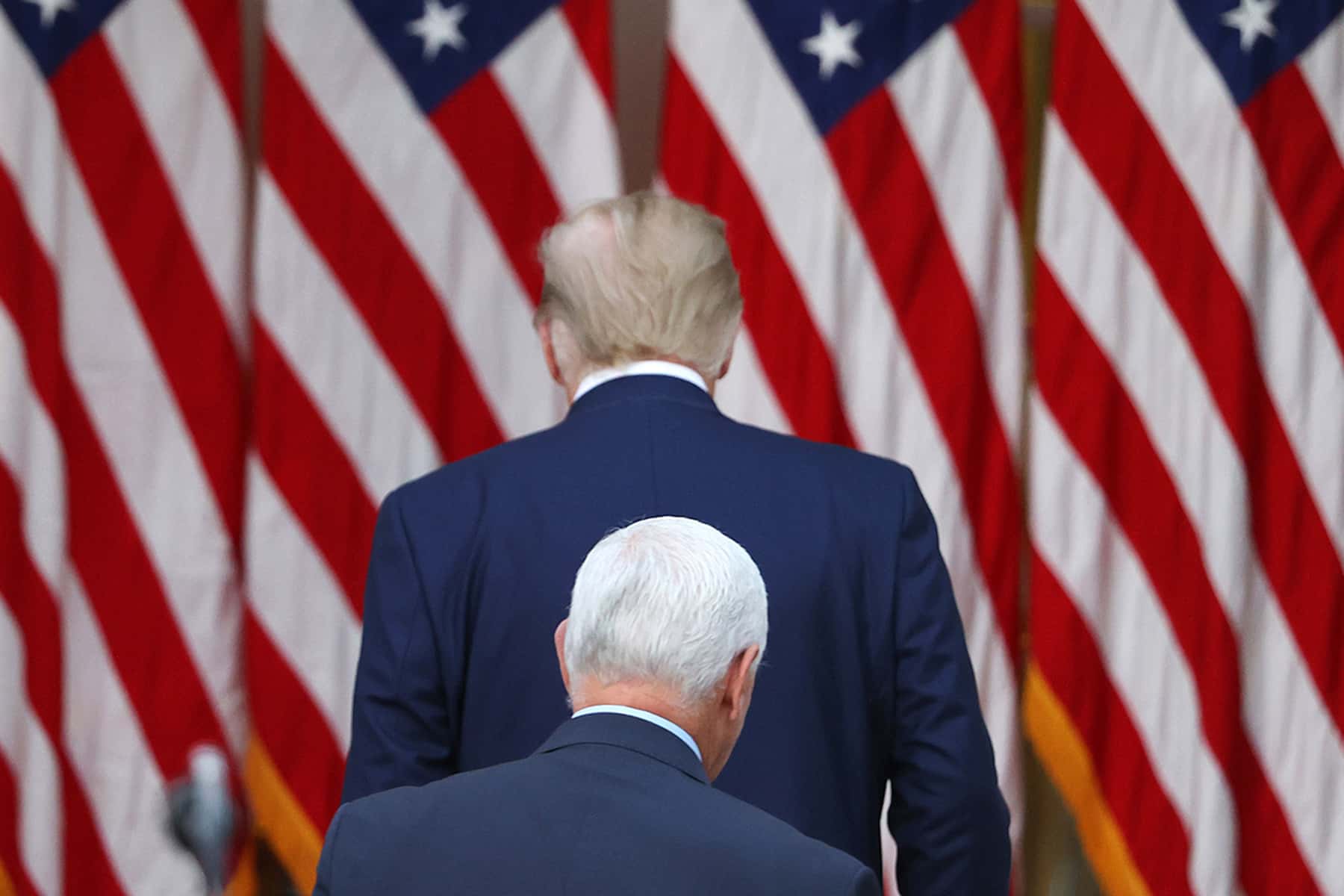 On the night of November 8, 2016, I sat on my sofa, excited to watch the first woman, Hillary Clinton, be elected president of the United States. But instead, I cringed as more states turned red than blue. Donald Trump won the presidency. My nervous system slowly began to contract, its silent way of saying, “We’re not safe.” I found myself catatonic in bed for the next four days.

“My father is in the White House,” my mind kept repeating, over and over again.

Seven years before, I had run away from my father’s home, family, community, and church. Raised in a patriarchal family where generational sexual violence against children was ignored, a White community whose complacency didn’t contribute to my safety, and the Catholic church that passed its own perpetrators to new parishes, my survivor self knew I had to leave it all if I wanted to be safe.

The challenge with developmental trauma from childhood is that it causes complex-PTSD, or post-traumatic stress that remains with victims long after the violence stops. Even if the survivor is now safe, they will continue to think and feel unsafe because their brains, bodies, and beings have become stuck in cycles of neurological, physical, and spiritual stress responses. Complex-PTSD is also a consequence of trauma caused by systemic issues such as genocide, combat, poverty, and sexual, racial, and gender discrimination.

Patriarchal violence is a collective term for these various forms of violence against numerous populations throughout history, rooted in the systemic structures that have upheld men’s power or avenged the loss of it. Although I could run from the violence of my family, I couldn’t hide from the patriarchal violence embedded into the political, legal, and medical systems that are supposed to support me.

Through internal and external work, I did my best to rebuild my identity, health, and home starting the day I ran away from my father; only to then watch “him” win the White House in the guise of Donald Trump. Their behaviors are far too similar. They have both benefited from patriarchal structures to build wealth, as well as used patriarchal violence to victimize vulnerable populations, particularly women (including trans women), throughout their lives. Immediately, I knew that the political system, already violent toward the vulnerable, would get worse. Childhood memories began to trigger.

When I was 10 years old or so, I remember my mother and I standing in the bathroom after we returned home from Catholic Mass. I sat on the white tiles around the jacuzzi tub as she removed her skirt, revealing her hosiery in place of underwear.

My father walked in, saw her vulva through the thin fabric, aggressively ran to her, and grabbed her by the “pussy” while demanding, “Get out of here, Anne!” My mother clenched her legs together tightly, her body communicating a clear “no,” while scolding my father, “Not in front of our daughter.”

At the time, I remember walking away confused, but now that I have better language: I walked away dissociated. I felt nothing in response to my father physically assaulting my mother in front of me. The expectation that women’s bodies were to be used and abused by men had been so normalized in my family system, I just walked away and moved on.

When my mother wasn’t enough, my father also justified raping me for many of my early years. He used spiritual ideology to manipulate people to do what he wanted and then ignored other spiritual principles that would hold him morally accountable for his behavior.

Like many children do, I had repressed the traumatic memories. Once I had built my own safe foundation by moving away from home and becoming financially independent from my father at the age of 24, the memories finally resurfaced. I told my family what happened, and they sided with the perpetrator. So, I chose to walk away.

Six years later I lay in bed after the news that another man who openly justifies grabbing women by the “pussy” was to become president. I now had the capacity to feel everything I had never really processed and did so all at once. The enormity of the response shut me down both mentally and physically. I couldn’t run away from this threat, nor could I protect others from their own prospective trauma.

No one held my father accountable for what he did to me. After 26 sexual assault allegations against Trump, no one has held him accountable either. What else would he get away with in the ensuing four years, wrapped in the position of a presidency?

During his time in office, Trump has made significant changes that threaten the safety of women. He has been sympathetic to advancing long-held policy goals of conservative religious groups like White Evangelicals and Roman Catholics that threaten abortion access and restrict birth control coverage. He narrowed the definitions of domestic and sexual violence, as well as changed Title IX regulations, putting students more at risk for sexual assault. He stopped pay data collection requirements that protected employees from discrimination that disproportionately affect women, especially women of color. He encouraged family separations at the border and directly incited racial and xenophobic policies and practices.

Preparing for the 2020 Election

When it became clear that the two presidential candidates for 2020 were White men accused of various degrees of sexual misconduct by a number of women, many survivors felt deeply discouraged. Regardless of outcome, our systemic safety would once again rest with “handsy” men. Some sexual assault survivors chose to not vote at all this election in protest, while others felt they had to choose between two evils. Personally, I came to the conclusion that Joe Biden is not the safest option, but he’s significantly safer than Trump.

Biden’s history in support of women’s initiatives remains inconsistent. He admits failing to fairly oversee the hearing investigating Anita Hill’s allegations of sexual assault against Supreme Court nominee Clarence Thomas. Additionally, he voted against initiatives and funding that provided women access to abortion and then co-sponsored the Freedom of Choice Act, a bill to protect a woman’s freedom to choose to bear a child or terminate a pregnancy.

He’s verbally committed to recognizing better boundaries around his “tactile politics” approach, but should’ve apologized more directly for the discomfort and harm he caused to many of the women he worked with. His greatest accomplishment for women, however, was authoring the Violence Against Women Act in 1994.

Inviting Kamala Harris onto his ticket as the vice president enhanced my excitement in some areas, but she remains an inconsistent candidate as well. She will inspire women through her leadership as a Black, South Asian woman, inviting all women to strive harder to break glass ceilings. Her tenure as a U.S. senator suggests that she is committed to protecting some vulnerable groups, and her voting record makes clear that she supports abortion access, LGBTQIA safety and marriage, paid family leave, and equal pay initiatives. However, she has also limited protections and rights for incarcerated transgender people and sex workers. Other decisions she made as California attorney general had detrimental impacts on communities of color and low-income families, leading to increased incarcerations and financial burdens for offenses such as school truancy and marijuana use.

Although the Biden/Harris ticket lacks consistency in its consideration of vulnerable populations, there is room for progressive reform in the coming administration not available in the fixed practices of patriarchal violence condoned by Trump. So I chose to vote for Biden/Harris to vote against the man who reflects the patterns of my father.

The evening of Nov. 3, 2020, I sat in my bed and watched as the states once again turned red. I felt all the feelings I had repressed for the last four years. The systemic fear of having a perpetrator of patriarchal violence in the White House again washed over me and left me in a flood of emotional anxiety and resistance. How much more damage could be done if Trump were reelected?

“I can’t do this for four more years,” I grieved.

When the election was finally called for President-elect Biden, I felt relieved.

“My father is out of the White House.” I breathed in a new and steady reality, as I began to dream past safety into a life of possibility.

The United States of America was built on a foundation of patriarchal perpetration: violence against Native communities, slavery, and denying intrinsic rights to women, people with disabilities, and the LGBTQIA population. These are indelible stains on the fabric of our nation. Election results show that many Americans still stand for and practice beliefs and behaviors like those of my father and Trump. This is deeply disconcerting and not drawn clearly between party lines.

Many progressives privileged by race, class, and health still struggle to comprehend the complexities of racial injustice, poverty, and ableism in America as highlighted by the Black Lives Matter movement, and the economic and health consequences caused by the global pandemic. Additionally, popularized feminist initiatives often prioritize the wounds of wealthy, White women, while disregarding issues experienced by women of color. As Mikki Kendall shares in Hood Feminism: Notes from the Women White Feminists Forgot, “Ignoring the treatment of the most marginalized women doesn’t set a standard that can protect any woman.” There is still so much work to be done.

If we want to thrive as a nation, we must first ensure that basic needs and safety are met not just for the privileged few, but for all. Then, healing resources must be made more available for victims to recover.

I want to witness an America free of patriarchal power structures that justify the victimization of the vulnerable. We now have an opportunity to recreate a safe foundation for all of our country’s residents by restoring the intrinsic rights robbed from the vulnerable by patriarchal violence. To do so, we must have the freedom to choose the safest and fittest leaders. We can start with campaign finance reform, restoring women’s rights to their bodies while increasing their economic opportunities, providing accessible and universal health care, protecting children, respecting racial and sexual identities and differences, and normalizing neurological and physical diversity. Today, we renew our vows to the work that will transform minds, hearts, and lives around these values.

My father has left the White House. It’s time to welcome those who actually belong there back in.

Originally published by YES! Magazine as President Trump, My Father, and the American Love of Patriarchal Violence 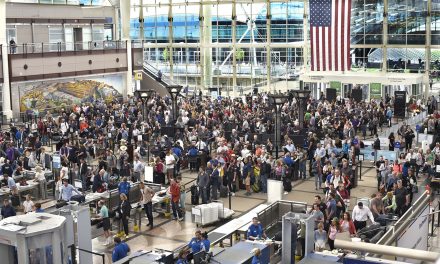 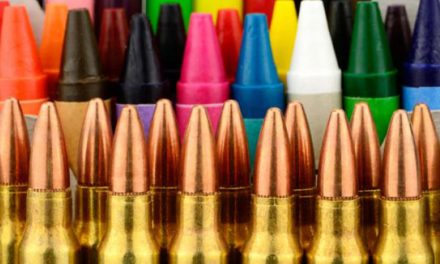 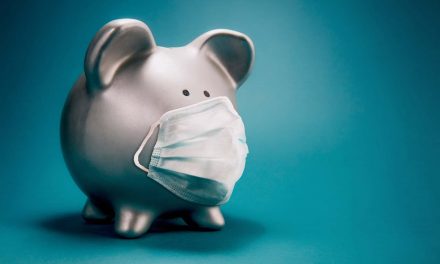 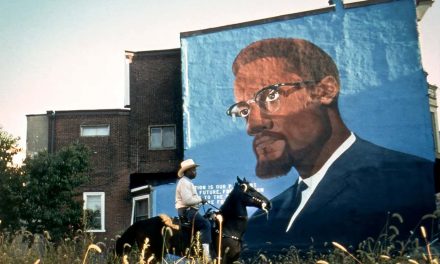