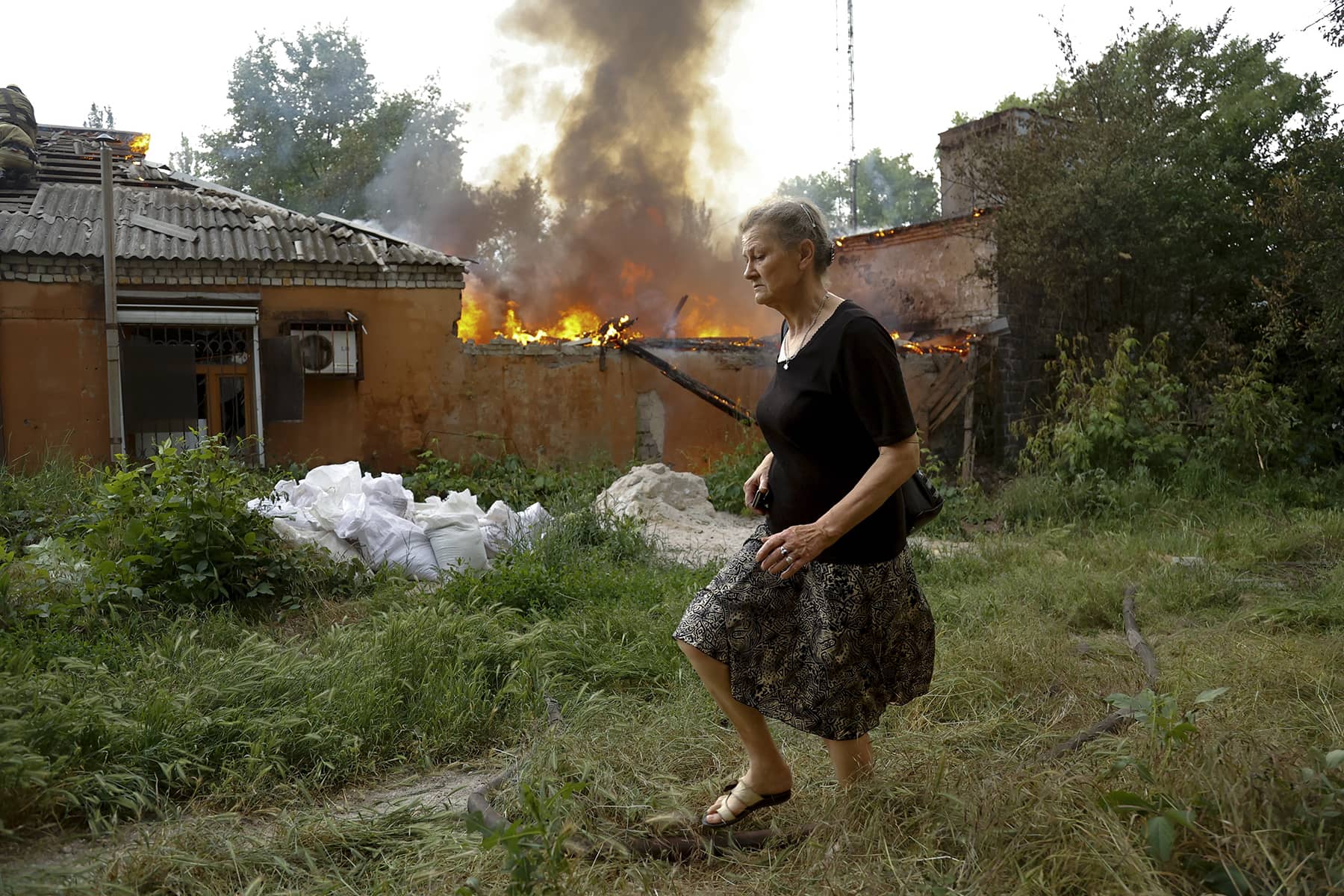 By Alexander Hinton, Distinguished Professor of Anthropology; Director, Center for the Study of Genocide and Human Rights, Rutgers University – Newark

Following months of speculation, U.S. Secretary of State Antony Blinken confirmed on July 13, 2022, that Russia had forcibly relocated between 900,000 to 1.6 million Ukrainians into Russia.

Blinken cited various sources, including eyewitness accounts and the Russian government, to confirm that Russia is removing Ukrainians from their country and making them pass through filtration camps, where some are detained and even disappear.

Approximately 260,000 of these Ukrainian deportees are children, including orphans and others separated from their parents. Blinken, in addition to major human rights organizations, says the Russian deportations may be a war crime.

Russia acknowledges that it has moved Ukrainian adults and children out of the war-torn country, but has said the moves are “voluntary” and done for “humanitarian” reasons.

But Russia has a history of forcibly moving large numbers of civilians as a war and political tactic.

Other aggressors of war have also forced civilians to move for various reasons – like eliminating a perceived security threat, or the potential to grab the wealth, possessions and property the deportees are forced to leave behind.

In the process of achieving these two aims, perpetrators often commit atrocity crimes, a broad international legal term that encompasses war crimes, genocide and crimes against humanity. Distinct but overlapping, these atrocity crimes can all involve mass deportation. The United Nations’ definition of genocide includes the forced transfer of children.

Russia’s mass deportation of Ukrainians implicates it in all three of these crimes.

Often an agressor’s aim is to seize land. As I note in It Can Happen Here: White Power and the Rising Threat of Genocide in the US, the U.S. has forcibly moved people more than once.

The Indian Removal Act of 1830, for example, authorized the mass deportation of as many as 80,000 Native Americans living east of the Mississippi River to the Indian Territory, much of which is now part of Oklahoma. This forced migration resulted in enormous suffering and death.

The U.S. later deported or forcibly transferred other groups, including more than 110,000 Japanese and Japanese Americans during World War II. The U.S. also moved millions of Mexicans and Mexican Americans to Mexico in the 1930s and ‘40s and again in 1954. These deportations were justified by the false claim that Mexicans were stealing American jobs.

A second motive for forcibly moving a population is the perceived threat posed by demonized groups. This was the United States’ justification for Japanese internment.

But there are many other historical examples, such as the Ottoman Empire’s World War I deportation of Armenians and other Christian groups.

The Nazis also undertook mass deportations and population transfers during the Holocaust, most infamously through train transports of Jews to death camps in Poland. They also carried out death marches at the end of the war.

I have conducted research on the Khmer Rouge Communist regime in Cambodia, in power from 1975 through 1979.

Immediately after the Khmer Rouge seized power, they forced over 2 million urban dwellers to relocate into the countryside, in part due to falsified security concerns.

Now, as Blinken and others have noted, Russia has established at least 18 filtration camps, where they take Ukrainian deportees’ biometric data, which are unique, physical characteristics, like fingerprints.

These camps serve to filter out people Russia deems dangerous, including members of the Ukrainian military, government and media. Those identified as suspect are often harassed, abused and even tortured.

Ukrainians have reportedly disappeared following their entry to the camps. Eyewitnesses say that those deported from Russia also face harsh conditions and have little choice about where they go.

There are also reports that some of the Ukrainian children have been placed for adoption in Russia. Still, it is difficult for outsiders to talk with the victims and get detailed accounts, since many deportees have been sent to remote areas of Russia without their phones or Ukrainian passports.

Mass deportation and forced transfers of civilians are considered crimes against humanity under international law when undertaken in a “widespread or systematic” manner during peace or war. Such deportations and population transfers are also considered war crimes if committed during armed conflict.

There is substantial evidence that Russia has committed both of these crimes, given the deportations and additional widespread attacks on Ukrainian civilians, including rapes and other kinds of sexual violence.

In addition, one part of genocide is “forcibly transferring children of the group to another group.” Russia’s deportation of orphans and children separated from parents would constitute such a crime if there is genocidal intent.

Russian President Vladimir Putin’s comments that he wants to “denazify” Ukraine suggest such intent is present. Russia’s mass deportations should not be surprising.

In the past, Russia has repeatedly committed genocide and other international crimes while forcibly moving people for economic gain and to deal with perceived threats. These aims connect to Russia’s long-standing imperialist ambitions.

In the mid-1800s, for example, the Russian Empire deported hundreds of thousands of Circassians, a North Caucasus group, into the Ottoman Empire. Russia also forcibly relocated numerous other groups, including Ukrainians, during the period of the Soviet Union.

In Ukraine, then, Russia is taking a page out of a well-worn wartime playbook. There are indications that this time Russia may be held to account.

Russia’s crimes are being investigated by the International Criminal Court. And, almost immediately after Russia’s invasion, Ukraine began gathering evidence of Russian atrocity crimes. Ukraine has documented more than 23,000 war crimes cases against Russia, and 14 European countries have launched investigations.

Russia’s mass deportations, and especially its forced transfer of children, are central to the case that Russia has also committed genocide in Ukraine. 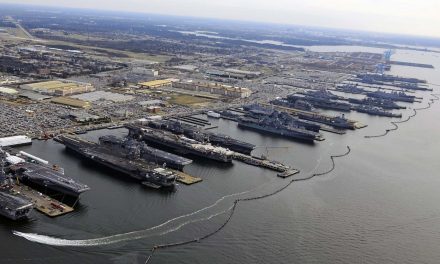 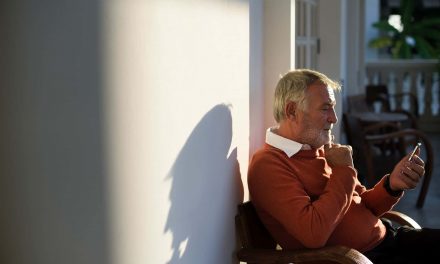 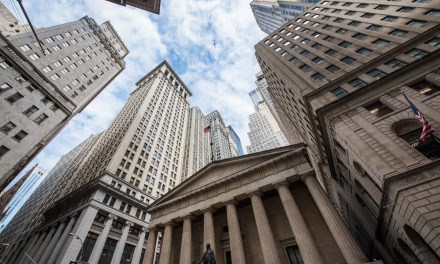 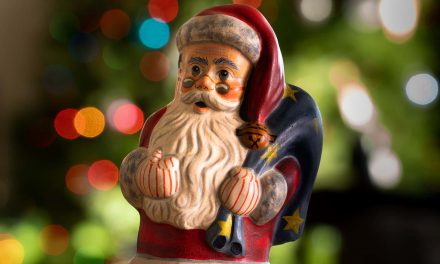 From German roots to American soil: How the image of Santa Claus made Christmas a holiday tradition