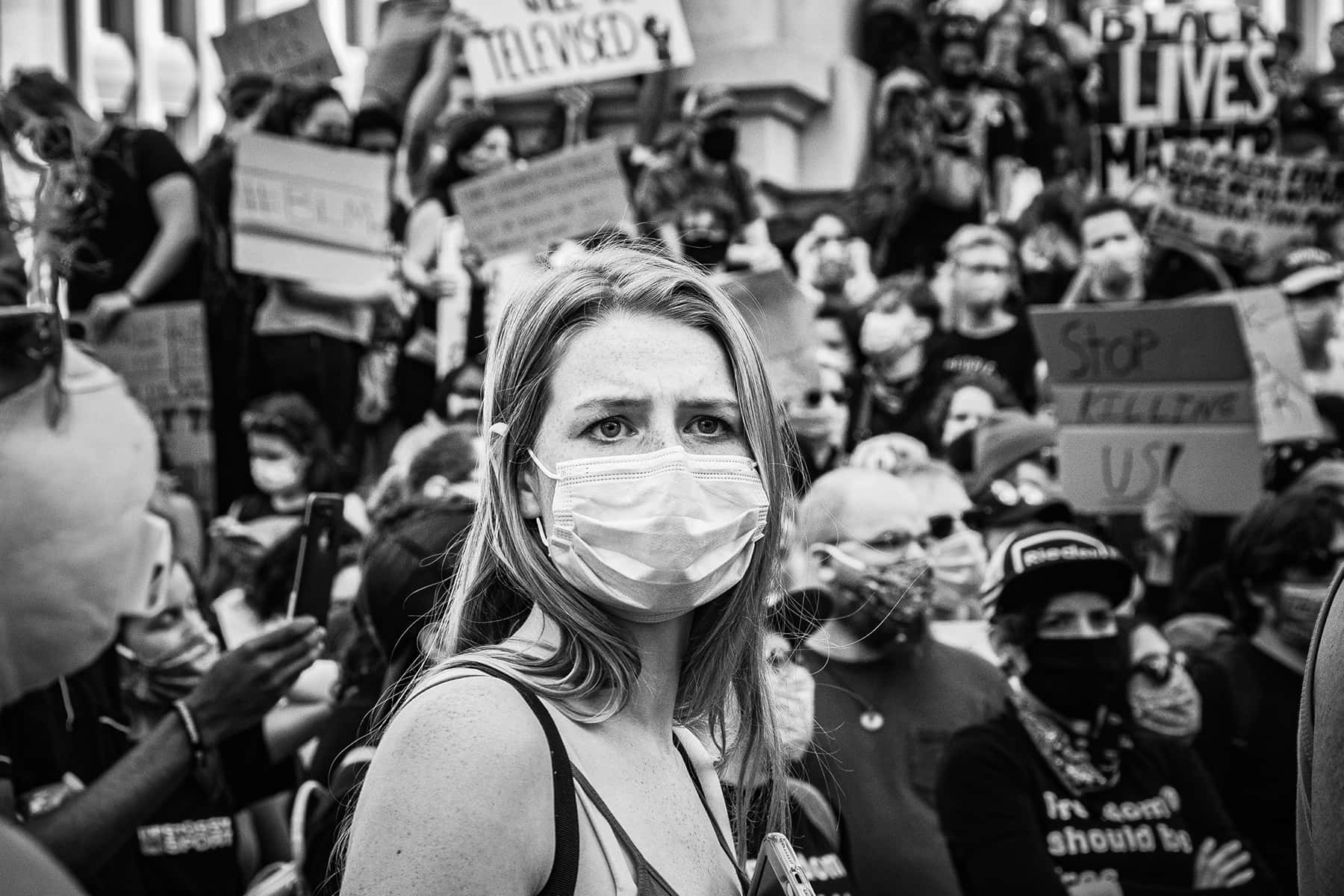 The speed with which the COVID-19 virus infected the world and the dramatic nature of its fallout is without parallel. Individually and collectively we have struggled to understand and process it.

Early on in the pandemic, journalists looked to historians to help make sense of what was happening and to read from the past the possible impacts of this moment on the future. Experts on past pandemics tried to shed light on how we might recover, and on the prospective local and global consequences of this COVID-19 catastrophe. Historians find remnants of the past in libraries and archives, in objects, monuments and buildings, in fields and forests, in music and art and images, in memories and stories.

This is where we find the roads not taken, the possibilities foreclosed, the thinking that shapes a culture, the choices made that, sometimes through the slow accretion of time and action and sometimes suddenly and dramatically, change outcomes and “make history.” The sense that a generation carries a distinct identity is forged by sharing the “experience of profound and destabilizing events.”

Those events have their greatest impact if people experience them young, typically in their late teens and early 20s. Generational consciousness is shaped by the sharing of those dramatic events, their subsequent remembering and the recognition, often by older generations, of the distinctiveness of a generational experience or mode of self-representation. What might the past offer us at this moment, and how will future generations reflect on this year? How will this present become the future’s past?

The generation currently in their late teens and early 20s — the COVID generation — already had cause to be worried about their future. In 2018 and 2019, hundreds of thousands of them had filled city streets to call for action on climate change and for an end to our dependence on fossil fuels.

In 2020, those young people found themselves stuck at home with remote learning, their rites of passage cancelled, their plans upended, their casual labour no longer required, their collective protests in city streets ruled illegal, their sense of agency curtailed by a microscopic virus with its origins in the ecological breakdown they fear.

Many joined the long unemployment queues snaking outside Centrelink offices. While they are in the age bracket least likely to suffer serious health effects from the coronavirus, they are the generation most likely to struggle to find employment in the post-pandemic world, and the ones who, along with their younger siblings, will be carrying the debt burden of the government’s relief measures for the longest. The fragility of their future is suddenly even more immediately apparent. Not since their great-grandparents were young has a generation lived with such uncertainty, such a profound sense that the future is out of its control.

“Collective memory” is a term historians use to refer to the ways the public “remembers” an event or a period of time. It is the version that gets publicly told, endorsed and reworked through films and history books, commemorative activities, monuments and school curricula. The further back in time an event occurred, the more abstracted the collective memory of it becomes.

For the COVID generation, the return of overwhelming uncertainty cuts deeply in a cohort for whom anxiety and depression were already being described as a pandemic and in a context where mental health was a growing source of national disquiet. They might remember that feeling in their future — or it might not be mere memory. In 50 years’ time, living with anxiety and uncertainty may be a normal part of the human experience, a consequence of the disruption and havoc of environmental degradation. Which stories will the COVID generation remember from 2020 — 20, 30, 50 years from now?

An X-ray of inequality

They might remember their mothers. One of the fault lines of the pandemic has been gender. More jobs have been lost in female-dominated sectors than in male-dominated ones. Gender inequality is being further entrenched. While men’s participation in childcare has increased slightly with working-from-home arrangements, women have continued to carry the major load, as well as the bulk of the housework. The juggle of working while home-schooling their children has taken its toll on women.

The COVID generation might also remember living in families where uncertainty was a daily reality. The pandemic has functioned as an X-ray of inequality, revealing the cracks in our social fabric. Will the image of Melbourne’s public housing towers — in which, as the Victorian premier admitted, some of the state’s most vulnerable communities lived — locked down and encircled by police, or the anxious face of a young child gazing from an upper-floor window, become part of the city’s collective memory?

Let them remember, too, alongside all the failures of our systems that have been exposed by the pandemic, the many examples of community strength and collective endeavor. For more than eight months, five million Victorians sacrificed personal freedoms to protect those most vulnerable to the virus. Many thousands also acted with generosity and selflessness to support and care for those in need.

The stories we tell ourselves matter

Historians know the stories a nation tells itself matter; collective memory can suppress competing versions of the past, while individual and family stories might hold conflicting memories. Our work has been crucial in shaping and dismantling, telling and retelling the narratives through which we have come to think of ourselves as a nation.

We have colluded in the silences of colonial dispossession, the erasure of women’s voices and the celebration of environmental-wreckage-as-progress, as much as we have, “in alliances with communities of action”, found voices that have challenged the racist and sexist hierarchies on which such histories were founded.

It is important to note, however, that many of those stories have not been framed as “national,” but rather as histories of specific groups of people. Their essence has not been abstracted to a national stage and inflected with the power to carry us forward in periods of existential crisis.

It is time to bring these marginalized group stories into the national story so we all learn from them as a nation: understand their morals and enact their lessons. Such an embrace would provide the opportunity for a more honest reckoning with our past — including Indigenous histories — a more authentic reflection of our collective present and richer traditions from which to draw as we face an uncertain future.

The survivors from generations who lived through the Great Depression or World War II, many of them subsequently postwar migrants, are among the COVID casualties from our aged-care facilities. They are the generation that helped create our contemporary world.

Daily obituaries in The Age told their stories, their experiences of mass unemployment, war, widespread rationing, poverty and few social services, and presented illuminating stories of hardship, endurance and the importance of community. But beyond the COVID-19 case count, the exposure of an economic system contingent on inequality, and the incriminating tally of aged-care deaths, what memories might linger and take shape in the generations who live to look back on this watershed year?

An obituary to neoliberalism

It is far too early to predict where this particular historical tide will settle and how this moment of crisis will be recalled. We are still living this story, still captured by the drama of its unfolding, navigating our way along a shoreline none of us has walked before. If 2020 does prove to be a rupture in our previous trajectory, that contingency will entirely depend on what happens next, be that further pandemics and climate catastrophes or a radical rewind of our carbon emissions and a restructuring of our economy.

Either way, the memories we take forward from this time will be a mix of stories. They will be drawn from individuals and families and gradually coalesce into a broader cultural narrative, one in turn shaped by more powerful forces seeking to draw national significance and meaning from the disaster.

The COVID generation will bring their own distinct memories to shape the national story. The national stories we tell at this time are crucial. We need stories of adaptation and survival, of resilience and sacrifice, of rebuilding lives shattered by world events, of campaigning for justice, of hope and possibilities.

Too many obituaries have already been written as a result of this pandemic. But I hope for one more. I hope for an obituary to neoliberalism. When the COVID generation remember 2020 and the time that came just after, may they remember the power of community action, collective responsibility and the strength of our diverse body politic. May they remember the way the passion for change that they carried onto the streets in 2018 and 2019 gradually infected us all, countering the poison of complacency and the power of the fossil-fuel industry alike.

May they recall a government that, as in the postwar period, invested heavily in employment schemes, in the welfare state, in social housing and higher education; a government willing to make the connections between the droughts, fires and floods that have ravaged our land in the past three years and the pandemic that has ruptured our world, and to act in response — belatedly but definitively — to protect the future.

And may they celebrate and commemorate a community whose vision, sharpened by these unprecedented times, determined that the history they made and bequeathed would be infused with the values of care, stewardship and justice. 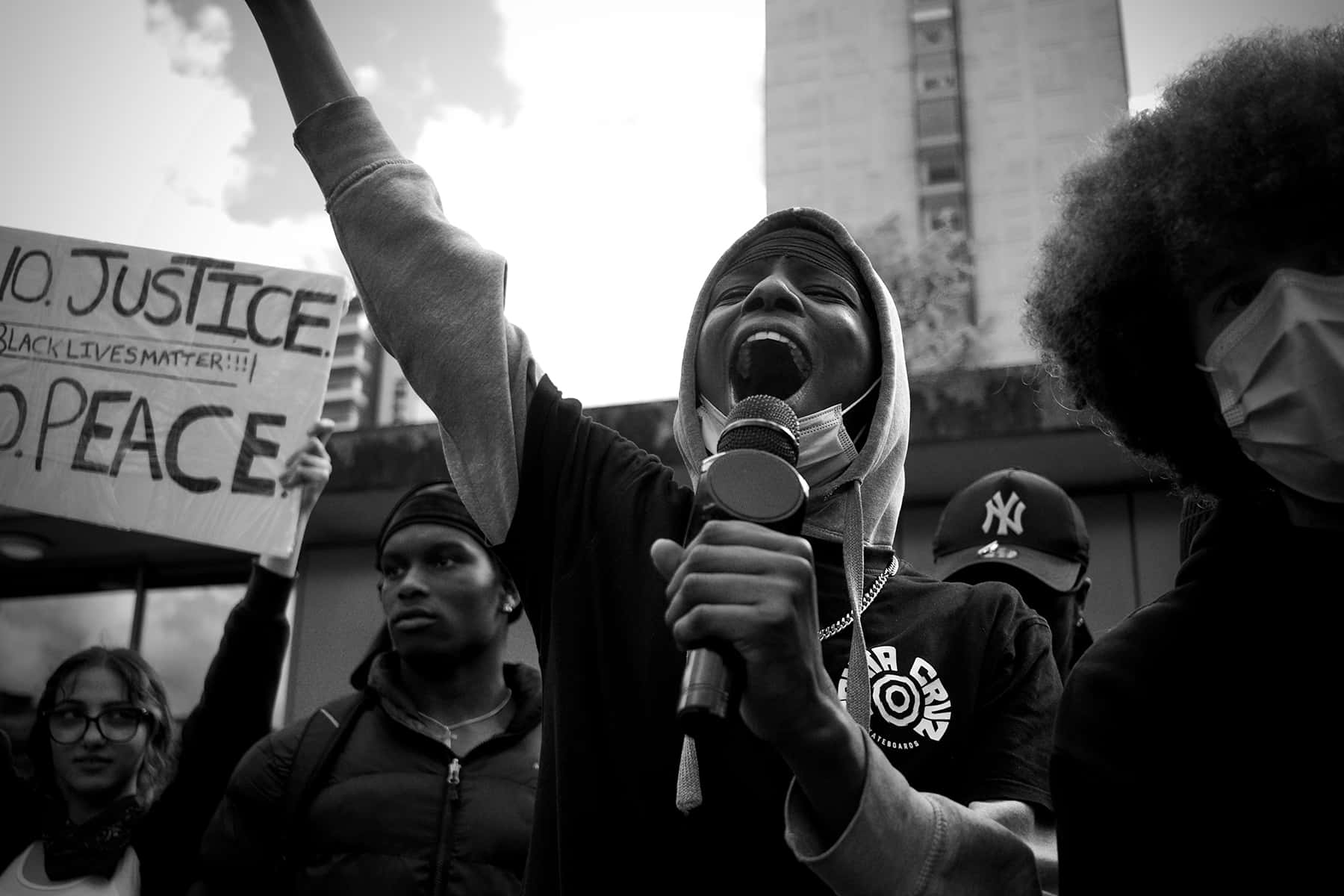 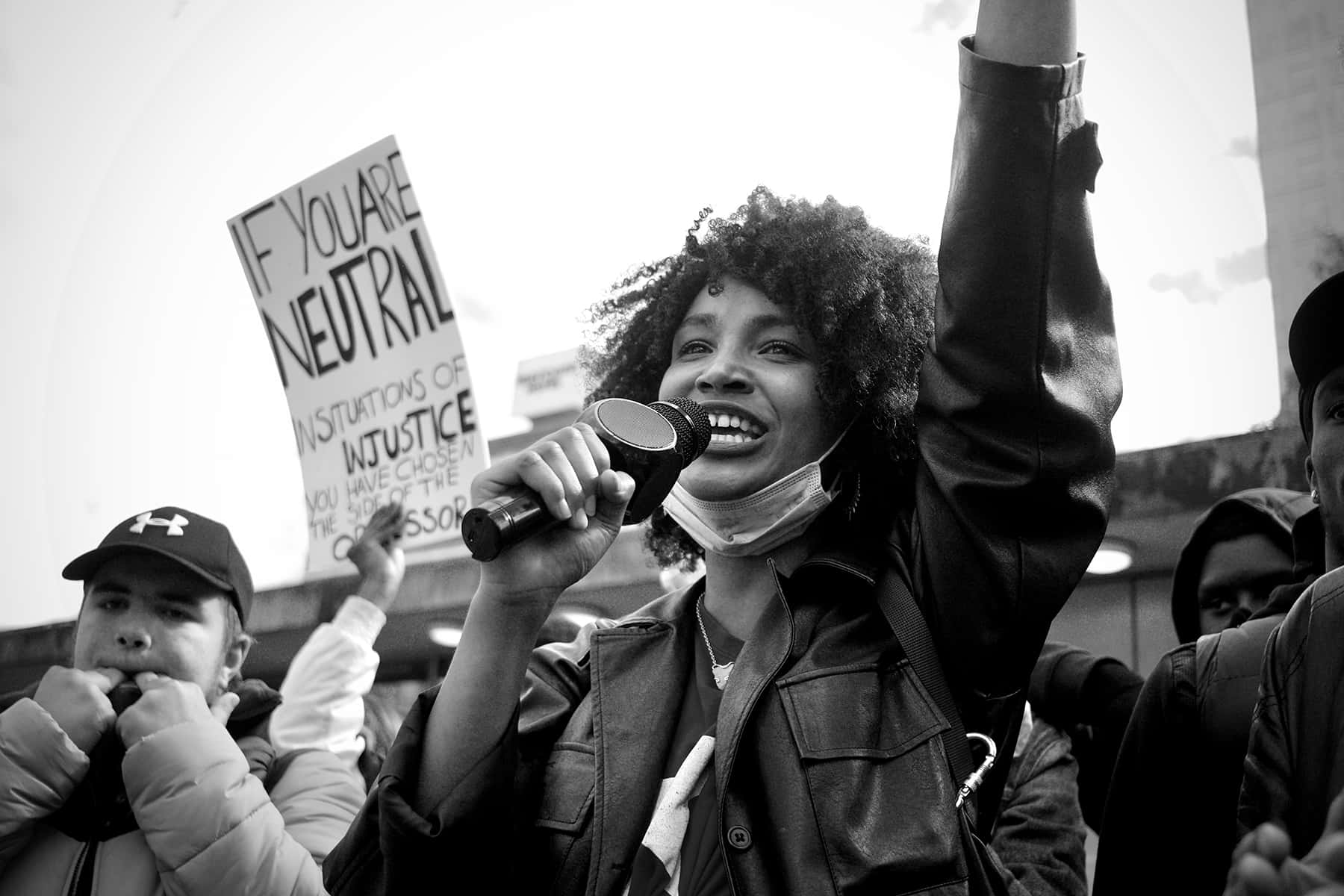 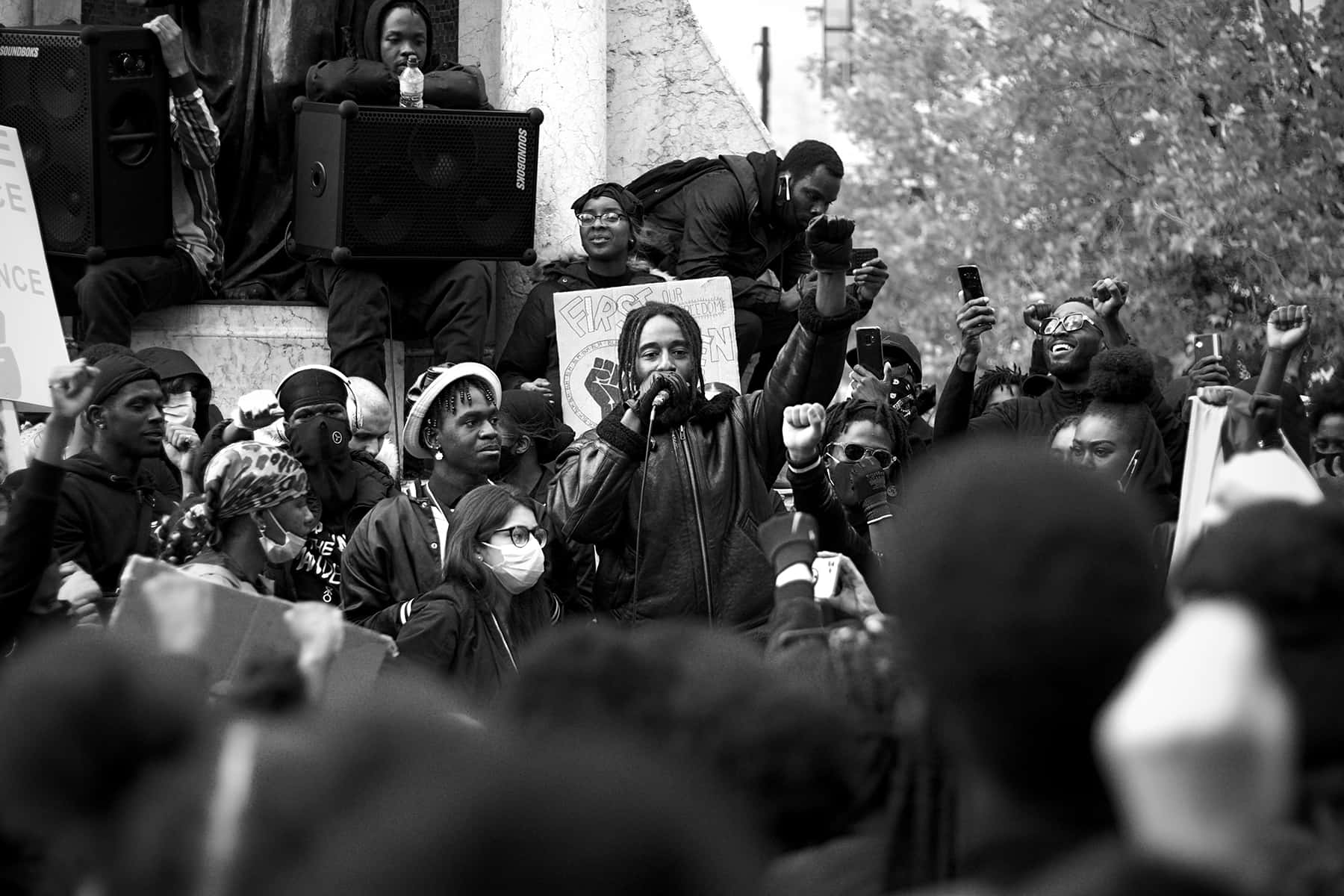 Originally published on The Conversation as ‘The stories a nation tells itself matter’: how will the COVID generation remember 2020? 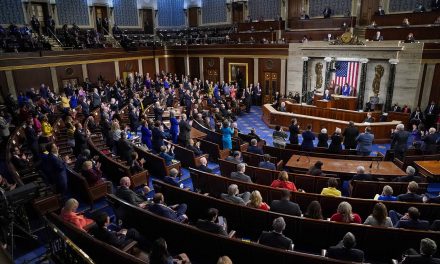 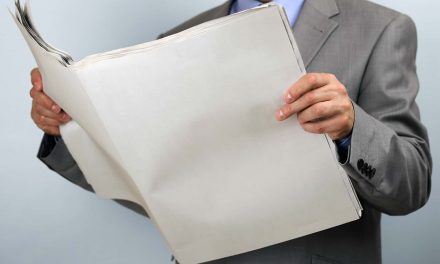 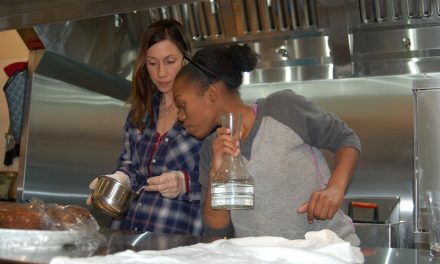 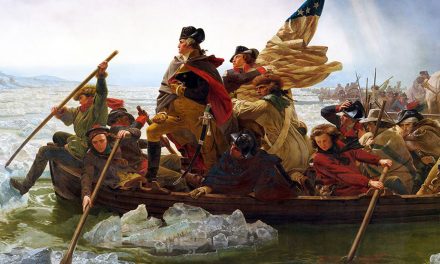