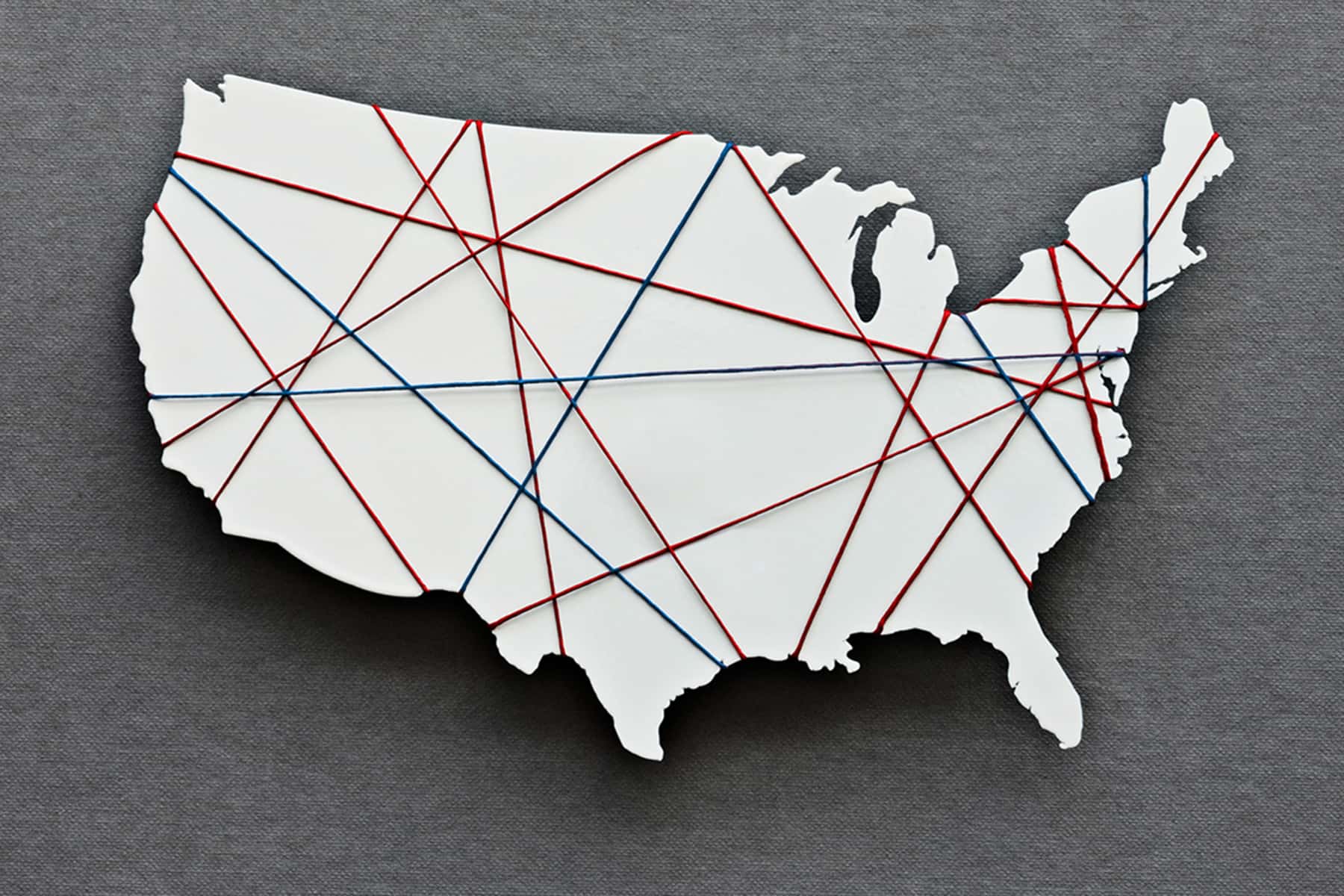 As she travels around Georgia to promote fair redistricting, Djemanesh Aneteneh has heard many tales of how partisan lawmakers create voting maps designed to take away the political voice of communities of color. She is not surprised.

“Gerrymandering has always happened in the U.S., and both parties have always done it and will always do it,” said Aneteneh, a redistricting coordinator with Fair Count. “In the South, generally gerrymandering has hurt and continues to hurt communities of color.”

Gerrymandering also tends to make many races uncompetitive. As a result of the last round of gerrymandering in Georgia in 2011, five of the state’s 14 congressional incumbents ran unopposed in November 2016.

Fair Count, a Georgia voting rights organization started by Stacey Abrams, has been organizing community mapping efforts in which marginalized people draw their own district maps to present to lawmakers. The citizen-drawn districts often are fairer than those drawn by politicians, and if lawmakers ignore those maps and instead gerrymander districts for political advantage, the community-created maps can become evidence in future anti-discrimination lawsuits.

This surge of voting rights outreach follows the release of the 2020 census data, which states are using to draw the maps that will allocate political power and representation for the next decade at every level of government, from Congress to local governments. This year, Fair Count and other advocates face a redistricting landscape that offers new challenges but also some reason for guarded optimism.

One of the challenges is an accelerated timetable because the pandemic delayed the collection and release of census data. Another challenge is prior Supreme Court rulings that have removed safeguards against potential racial discrimination. At the same time, voting rights advocates are encouraged by seeing how the diverse voters who turned out in historic numbers in the 2020 presidential election are now mobilizing again to assure that their votes will still count after redistricting.

“You can do all of the voting, but if people have manipulated the line so that your vote effectively doesn’t matter, then how do you get better schools, better roads, better health care, criminal justice reform?” said Leah Aden, deputy director of litigation at the NAACP Legal Defense and Educational Fund. “Maps can be drawn to either aid communities of color to have a voice, or designed to drown them out.”

Map drawing ramped up with the release in August of the 2020 census data, followed by the release of a more user-friendly version of the same data in September. Those numbers show that the United States is becoming more racially diverse and metropolitan. The proportion of people of color rose from 34% of the national population in 2010 to 43%, and most population growth occurred in urban areas.

Every state saw growth in its Asian American population, notes Terry Ao Minnis, senior director of the census and voting programs of Asian Americans Advancing Justice. Her organization is publishing redistricting guides and tip sheets in 13 Asian languages and is working with Pacific Islander communities to add more translations.

“We have to speak up and be a part of this process because it should not be a partisan issue, it should be about communities,” said Minnis, recalling how Chicago’s Chinatown had once been split into four legislative districts, an example of gerrymandering that later was corrected. “What is at stake for Asian Americans is to be able to make sure that our communities are visible.”

“The stakes are very high,” agrees Matthew Campbell, staff attorney for the Native American Rights Fund, which this year launched the first-ever Fair Districting in Indian Country project with state-specific toolkits for Alaska, Arizona, Montana, North and South Dakota, and New Mexico. “You go through Indian Country, and in many places, you see schools are dilapidated, roads are in poor condition, health care is subpar. A lot of that can be tied to lack of proper representation in government.”

The NAACP’s Aden said historically marginalized communities need “to be in the room when those decisions are made, to call ‘code red’ when people are proposing maps that will diminish their voice.”

She singles out prison gerrymandering as another egregious practice in which incarcerated individuals are counted as “residents” of the districts where their prisons are located instead of their home communities. Aden said this form of gerrymandering can give rural areas more representation than warranted, while lowering the potential population count in the places where those incarcerated persons used to live, which are usually more urban. At least 10 states have stopped this practice and have started to count incarcerated people where they come from or were last registered.

Another particularly grievous example of gerrymandering was drafted by North Carolina’s Republican-controlled legislature in 2011, in which they packed 33.4% of the entire Black population of the state into two districts. The U.S. Supreme Court ruled the plan was unconstitutional in 2017, but for the six years that the case was traveling through the court system, North Carolina Republicans were able to create a veto-proof supermajority in the legislature, which they used to enact more voter suppression laws.

When the Republicans re-drew the districts in 2016, they claimed to be aiming for purely partisan districts. But they also drew a line through the middle of North Carolina A&T University, dividing the nation’s largest historically Black university between two congressional districts, which stood until a court later rejected the map in 2019 — again, after another election cycle in which one of the Republican representatives retained his seat.

The 2021 redistricting cycle is the first since the Supreme Court in its 2013 Shelby v. Holder ruling invalidated a provision of the Voting Rights Act requiring jurisdictions with a history of racial discrimination to get pre-clearance of their redistricting plans before they can be implemented. Then in a 2019 ruling, Rucho v. Common Cause, the U.S. Supreme Court upheld gerrymandering for political partisan purposes.

The current round of map making, said Yurij Rudensky, redistricting counsel at the Brennan Center for Justice Democracy Program, “is all happening as the legal landscape has shifted significantly. The Supreme Court is no friend of the Voting Rights Act. This is going to be a tough cycle for those interested in fair representation and race equity.”

“On the flip side,” he added, “I think it’s also a cycle that has seen unprecedented attention and engagement by the public with a strong chorus of grassroots organizations calling for transparency and accountability. There’s been a real civic awakening.”

Fair Count sees that reflected in the more than 500 Georgians who have participated in its Mapping Mondays sessions to draft maps showing how to give equitable representation to communities of color. Along with some 125 other advocacy groups, Fair Count uses Representable, one of a number of new software tools making community mapping easier this redistricting cycle.

“I like to tell everybody there’s nobody more expert at talking about your own community than you,” said Kathay Feng, national redistricting director at Common Cause.

“There is no question that there is the highest level of awareness of the importance of redistricting that I’ve ever seen,” said Thomas A. Saenz, president and general counsel of the Mexican American Legal Defense and Educational Fund. He points out that Latinos accounted for more than half the nation’s population growth this past decade.

Some states are already releasing proposed maps. Colorado, which uses an independent commission to draw maps for both legislative and congressional districts, released its maps in early September. In response to input from advocates, the proposed map makes the state’s 8th Congressional District 38% Latino. Colorado’s maps still must be finalized and approved by the state Supreme Court.

Legislatures control gerrymandering in the majority of states, and this year, 19 states have enacted laws that make it harder to vote, including the most recent example of Texas’ SB 1, which almost immediately became the subject of multiple lawsuits in federal and state courts from voting and civil rights organizations.

“We’re starting to see the beginning of what’s going to probably be a very heavily litigated cycle, unfortunately, despite the efforts of all the people on the ground trying to ensure that there are fair maps,” said Sophia Lakin of the ACLU Voting Rights Project.

But gerrymandering and voter suppression are responses to an emerging political reality in the United States. Looking at the new census data showing the growth of non-White populations in the United States, the NAACP’s Aden said, “It’s hard to deny it’s soon to be a majority people of color nation. You can’t wipe us out. We are here. We’re not going anywhere. And that gives me hope.” 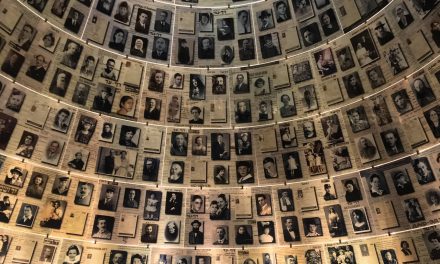 A process not an event: Genocide still persists decades after the Holocaust 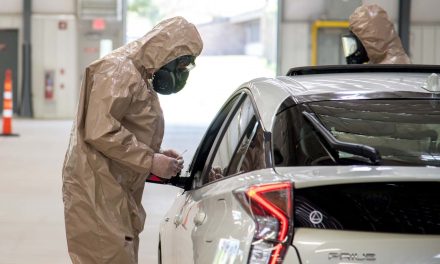 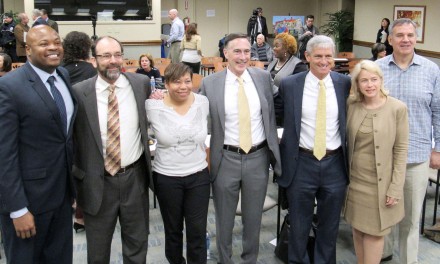 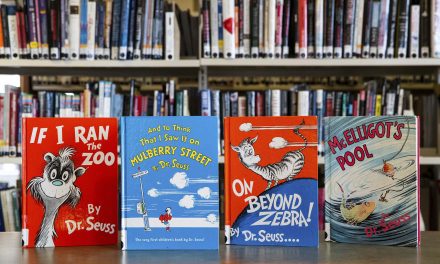