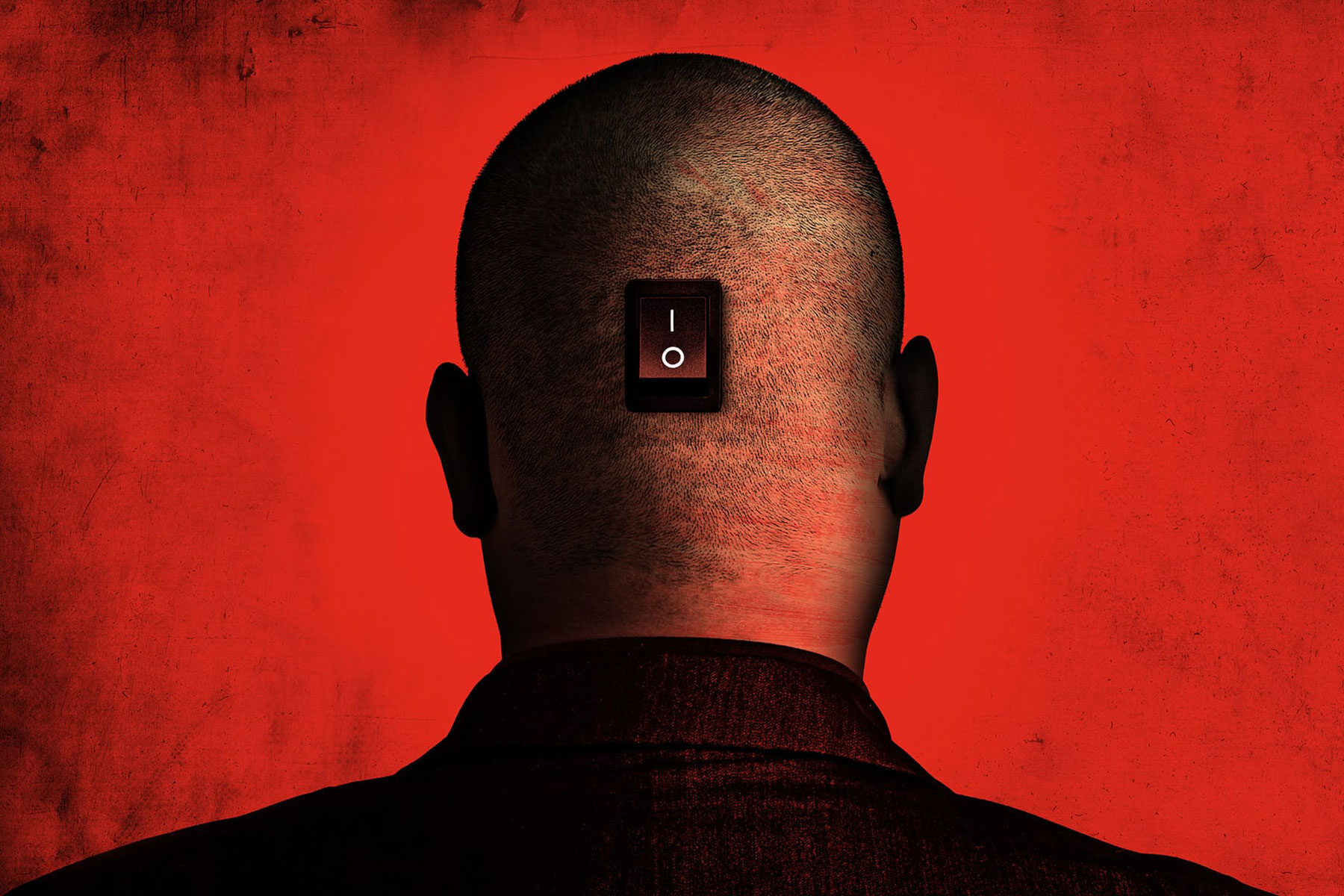 Over a year into Donald Trump’s presidency, commentators are still trying to understand the election and the explosion of intolerance following it. One common view is that Trump’s victory was a consequence of pervasive racism in American society.

Studies make clear, however, that racism has been decreasing over time, among Republicans and Democrats. (Views of immigration have also grown more favorable.) Moreover, since racism is deep-seated and longstanding, reference to it alone makes it difficult to understand the election of Barack Obama and Trump, the differences between Trump and the two previous Republican nominees on race and immigration, and the dramatic breakdown of social norms and civility following the elections. (Social scientists call this the “constant can’t explain a variable” problem.)

This does not mean racism is irrelevant; it matters, but social science suggests it does in more complicated ways than much commentary suggests.

Perhaps because straightforward bigotry has declined precipitously while more subtle, complex resentments remain, understanding how intolerance shapes politics requires examining not just beliefs, but also the relationship between beliefs and the environments people find themselves in. This distinction has important implications for how we interpret and address contemporary social and political problems.

Rather than being directly translated into behavior, psychologists tell us beliefs can remain latent until “triggered”. In a fascinating study, Karen Stenner shows in The Authoritarian Dynamic that while some individuals have “predispositions” towards intolerance, these predispositions require an external stimulus to be transformed into actions. Or, as another scholar puts it: “It’s as though some people have a button on their foreheads, and when the button is pushed, they suddenly become intensely focused on defending their in-group … But when they perceive no such threat, their behavior is not unusually intolerant. So the key is to understand what pushes that button.”

What pushes that button, Stenner and others find, is group-based threats. In experiments researchers easily shift individuals from indifference, even modest tolerance, to aggressive defenses of their own group by exposing them to such threats. Maureen Craig and Jennifer Richeson, for example, found that simply making white Americans aware that they would soon be a minority increased their propensity to favor their own group and become wary of those outside it. (Similar effects were found among Canadians. Indeed, although this tendency is most dangerous among whites since they are the most powerful group in western societies, researchers have consistently found such propensities in all groups.)

Building on such research, Diana Mutz recently argued that Trump’s stress on themes like growing immigration, the power of minorities and the rise of China highlighted status threats and fears particularly among whites without a college education, prompting a “defensive reaction” that was the most important factor in his election. This “defensive reaction” also explains why Trump’s post-election racist, xenophobic and sexist statements and reversal of traditional Republican positions on trade and other issues have helped him – they keep threats to whites front and center, provoking anger, fear and a strong desire to protect their own group.

Understanding why Trump found it easy to trigger these reactions requires examining broader changes in American society. In an excellent new book, Uncivil Agreement, Lilliana Mason analyzes perhaps the most important of these: a decades-long process of “social sorting”. Mason notes that although racial and religious animosity has been present throughout American history, only recently has it lined up neatly along partisan lines. In the past, the Republican and Democratic parties attracted supporters with different racial, religious, ideological and regional identities, but gradually Republicans became the party of white, evangelical, conservative and rural voters, while the Democrats became associated with non-whites, non-evangelical, liberal and metropolitan voters.

This lining up of identities dramatically changes electoral stakes: previously if your party lost, other parts of your identity were not threatened, but today losing is also a blow to your racial, religious, regional and ideological identity. (Mason cites a study showing that in the week following Obama’s 2012 election, Republicans felt sadder than American parents after the Newtown school shooting or Bostonians after the Boston Marathon bombing.) This social sorting has led partisans of both parties to engage in negative stereotyping and even demonization. (One study found less support for “out-group” marriage among partisan Republicans and Democrats than for interracial marriage among Americans overall.)

Once the other party becomes an enemy rather than an opponent, winning becomes more important than the common good and compromise becomes an anathema. Such situations also promote emotional rather than rational evaluations of policies and evidence. Making matters worse, social scientists consistently find that the most committed partisans, those who are the angriest and have the most negative feelings towards out-groups, are the most politically engaged.

What does all this mean for those who oppose Trump and want to fight the dangerous trends his presidency has unleashed?

The short-term goal must be winning elections, and this means not helping Trump rile up his base by activating their sense of “threat” and inflaming the grievances and anger that lead them to rally around him. This will require avoiding the type of “identity politics” that stresses differences and creates a sense of “zero-sum” competition between groups and instead emphasizing common values and interests.

Stenner, for example, notes that “all the available evidence indicates that exposure to difference, talking about difference, and applauding difference … are the surest ways to aggravate [the] intolerant, and to guarantee the increased expression of their predispositions in manifestly intolerant attitudes and behaviors. Paradoxically, then, it would seem that we can best limit intolerance of difference by parading, talking about, and applauding our sameness … Nothing inspires greater tolerance from the intolerant than an abundance of common and unifying beliefs, practices, rituals, institutions and processes.”

Relatedly, research suggests that calling people racist when they do not see themselves that way is counterproductive. As noted above, while there surely are true bigots, studies show that not all those who exhibit intolerant behavior harbor extreme racial animus. Moreover, as Stanford psychologist Alana Conner notes, if the goal is to diminish intolerance “telling people they’re racist, sexist and xenophobic is going to get you exactly nowhere. It’s such a threatening message. One of the things we know from social psychology is when people feel threatened, they can’t change, they can’t listen.”

This has obvious implications for recent debates about civility. Incivility is central to Trump’s strategy – it helps him galvanize his supporters by reminding them how “bad” and “threatening” the other side is. Since this has become such a hot-button topic on the left, it is worth being clear what incivility is. There is no definition of democracy that does not accept peaceful protest and other forms of vociferous political engagement. Incivility is about form – not substance; it is consistently defined by scholars as including invective, ridicule, emotionality, histrionics and other forms of personal attacks or norm-defying behavior. By engaging in even superficially similar tactics, Democrats abet Trump’s ability to do this – as one Trump supporter put it, every time Democrats attack him “it makes me angry, which causes me to want to defend him more” – potentially alienate wavering Republican-leaning independents, and help divert debate from policies, corruption and other substantive issues.

Of course, there is a double standard here and this, along with the psychic release that comes with venting the anger and grievances that have been building over the past year, are the rationales given by the left for incivility. But against these must be weighed incivility’s impact on upcoming elections as well as the overall health of democracy. (Scholars consistently find that incivility spreads rapidly, generates anger and defensive reactions, demobilizes moderates and activates the strongest partisans, corrodes faith in government, trust in institutions and respect for our fellow citizens.)

Over the long term of course the goal is repairing democracy and diminishing intolerance and for this promoting cross-cutting cleavages within civil society and political organizations is absolutely necessary. (Here, recent debates about ideological diversity and the new grassroots activism within the Democratic party is relevant.) Scholars have long recognized the necessity of cross-cutting cleavages to healthy democracy. In his classic study, the Social Requisites of Democracy, Seymour Martin Lipset, for example, noted that “the available evidence suggests that the chances for stable democracy are enhanced to the extent that groups and individuals have a number of cross-cutting, politically relevant affiliations.”

More specifically, research has linked cross-cutting cleavages with toleration, moderation and conflict prevention. This too has implications for contemporary debates about “identity politics”. Perhaps ironically, identity politics is a both more powerful and efficacious for Republicans (and rightwing populists more generally) than it is for Democrats, since the former are more homogeneous.

As long, therefore, as politics is a fight between clearly bounded identity groups, appeals and threats to group identity will benefit Republicans more than Democrats, which is presumably why Steve Bannon infamously remarked that he couldn’t “get enough” of the left’s “race-identity politics.” “The longer they talk about identity politics, I got ’em… I want them to talk about race and identity… every day.”

In addition, Americans are more divided socially than they are on the issues; there is significant agreement even on controversial topics like abortion, gun control, immigration and economic policy. Promoting cross-cutting cleavages and diminishing social divisions might therefore help productive policymaking actually occur.

Is our ultimate goal ensuring the compatibility of diversity and democracy? Then promoting the overlapping interests and identifications that enable citizens to become more comfortable with difference and thus more tolerant and trusting, is absolutely necessary. 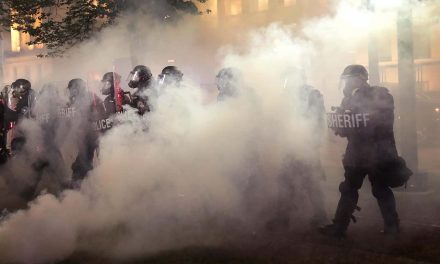 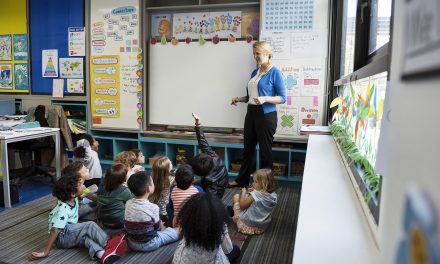 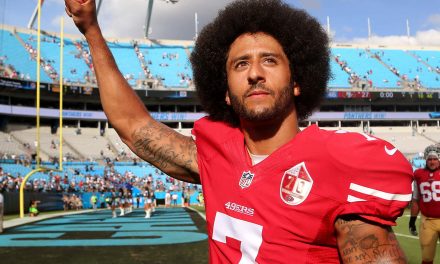 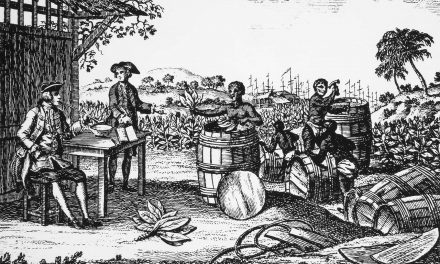