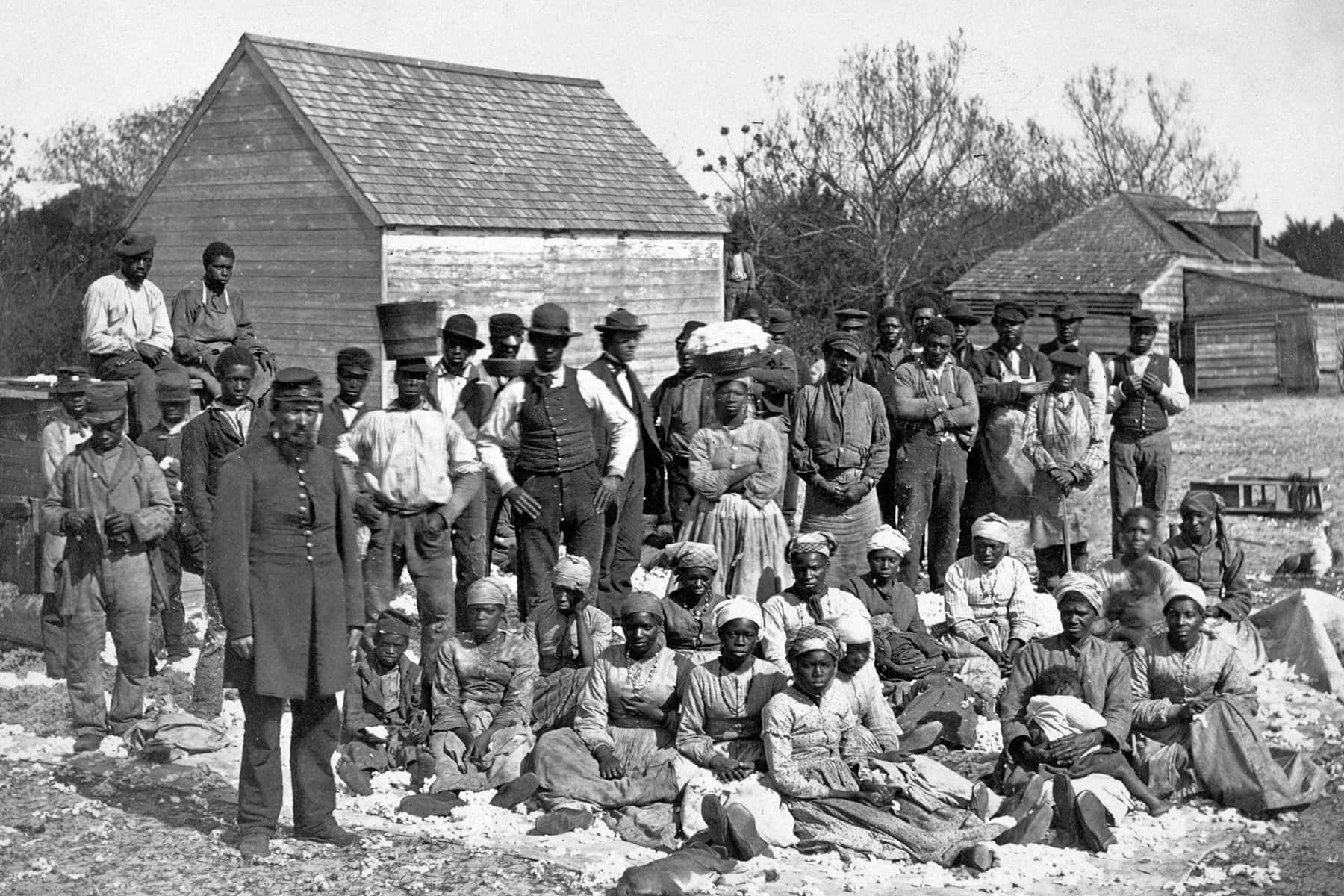 By ernd Reiter, Professor at University of South Florida

The idea of paying reparations for slavery is gaining momentum in the United States, despite being long derided as an unrealistic plan, to compensate for state violence committed by and against people long dead.

The topic saw substantive debate in the July 30 Democratic primary debate, with candidate Marianne Williamson calling slavery “a debt that is owed.” Some Democratic congressional representatives are also pushing for financial recompense for the descendants of enslaved people. Calls for reparations in the U.S. are generally met with skepticism: What would reparations achieve? Who should receive them, and under what conditions?

Other countries have tackled these questions. In 1995, South Africa established its Truth and Reconciliation Commission and paid reparations to the victims of apartheid. Eight years before, the United States apologized to 82,000 Japanese Americans unduly imprisoned during World War II and paid them US$20,000 each to compensate for their suffering. Even Germany, birthplace of the worst racism ever institutionalized and elevated to official policy, has some lessons for the United States as it considers reparations.

I am a professor of political science who studies the relationship between democracy, citizenship and justice. My recent work on Germany examines how the country dealt with the horrors of the Holocaust. Nazi Germany not only killed millions of Jews between 1933 and 1945. It also forced over 20 million people into slave labor, working them to their death in German industries. By 1944, a quarter of the German workforce was enslaved laborers.

After Hitler’s defeat in World War II, the newly democratic government of West Germany knew it had to face the evils of the past. Nazi industries that used slave labor, such as the steel and artillery producer Krupp, were dismantled. High-ranking Krupp CEOs were judged war criminals at the Nuremberg Trials and imprisoned.

Assuming the midcentury rate of 4 German marks to $1, that’s the equivalent today of $7 billion for Israel and $1 billion for the Jewish Congress. Some Germans protested against Adenauer’s support for Israel. Their country was just beginning its economic recovery after the war – a process aided, incidentally, by the U.S.-funded Marshall Plan – and many Germans insisted they had nothing to do with the persecution of the Jews.

In negotiating the German reparations agreement of 1952, Ben-Gurion invoked the biblical question, from Kings 21:29, “Have you murdered and also inherited?” Germany’s post-war Chancellor Adenauer knew that, for the German people, the answer was yes.

“In the name of the German people, unspeakable crimes were committed which create a duty of moral and material restitution,”Ben-Gurion said.

By 1956, the German state was supplying 87.5% of Israel’s state revenue. The young new country used the money to buy equipment and raw materials to build up its industry, railways and electrical grid. Mining equipment, irrigation and fuel were also high on the list of Israel’s reparations-fueled development priorities.

Atonement is a process

Germany’s efforts to atone for the Holocaust were not limited to money.

To avoid repeating the mistakes of the past, the 1949 German Constitution – as well as the penal and criminal codes of the country – outlaw the use of symbols that incite hatred against any segment of its population. The Constitution also guarantees asylum to political refugees and all people fleeing war. In 1952 Germany officially apologized for the Nazis’ crimes, at Israel’s demand.

“The responsibility rests on the German nation as a whole,” replied Israeli Foreign Minister Moshe Sharett of making amends for the Holocaust.

Reparations went to individuals, too. In 2000, the German government, together with partner organizations from Russia, Ukraine, Belarus, Poland, the Czech Republic and the not-for-profit Jewish Claims Conference, created the Remembrance, Responsibility and Future Foundation.

By 2007, the organization had paid a total of $4.9 billion to 1.66 billion people worldwide who’d been forced into labor and servitude by the Nazis, or to their living descendants – their share of the wealth slavery produced for Germany. Most recently, the German government in 2013 agreed with the Jewish Claims Conference to pay about $1 billion for the home care of all elderly Holocaust survivors.

As a result of the reparations paid, Germany’s open admission of guilt and the policies it put in place to prevent another Holocaust from occurring, German-Jewish relations have largely normalized since World War II. Germany’s Jewish population has even begun to recover from genocide. With 150,000 Jewish residents in 2018, Germany is home to Europe’s fourth-largest Jewish community.

Lessons for the United States

Instead of seeking to wipe the Holocaust from its history, the German government has worked hard to ensure remembrance, penance, recompense and justice. The United States, in contrast, has no official policy of atoning for slavery. While the House of Representatives and Senate made separate apologies for slavery in 2008 and 2009, these apologies were never reconciled or signed by President Barack Obama, due to lack of political support.

Racist symbols are openly displayed in the United States, protected by the First Amendment. Nor has there been any financial compensation for the descendants of formerly enslaved Americans, despite President Abraham Lincoln’s famous promise of “40 acres and a mule” for all freed black men. The German experience with reparations is, of course, not directly comparable to that of the United States.

Germany had to lose a devastating war before it compensated the Jewish people. And, as in the case of the Japanese American prisoners of war who received reparations, the Jewish victims of the Nazi regime and their descendants were relatively easy to identify. The U.S. government paying reparations today for state terror that ended 150 years ago poses numerous practical challenges. They include identifying the rightful recipients and sourcing the money appropriately – whether state-based or federal.

Those who say they did not benefit from slavery must be persuaded that reparations are required to right a moral wrong. Polling shows a majority of Americans oppose cash payments as a redress for slavery. But old injustices don’t simply disappear with time. Left unaddressed, they fuel the kind of division, shame and resentment that, as America knows well, can divide a nation.

Originally published on The Conversation as If Germany atoned for the Holocaust, the US can pay reparations for slavery 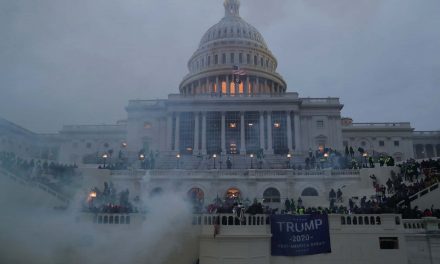 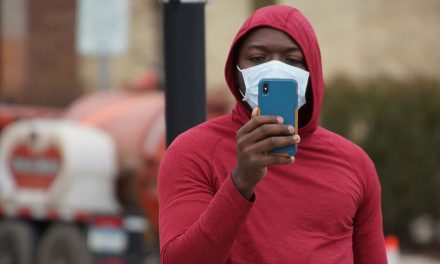 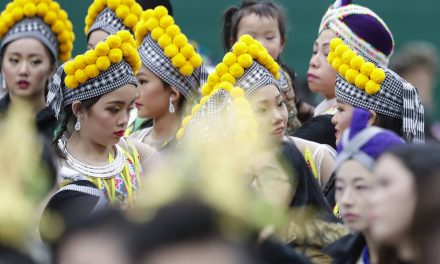 A struggle to be seen: Why Wisconsin’s Hmong American community continues to face discrimination 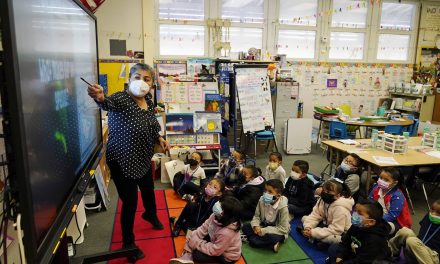 Teacher shortage problem: Why disrespect of the academic profession is driving educators away