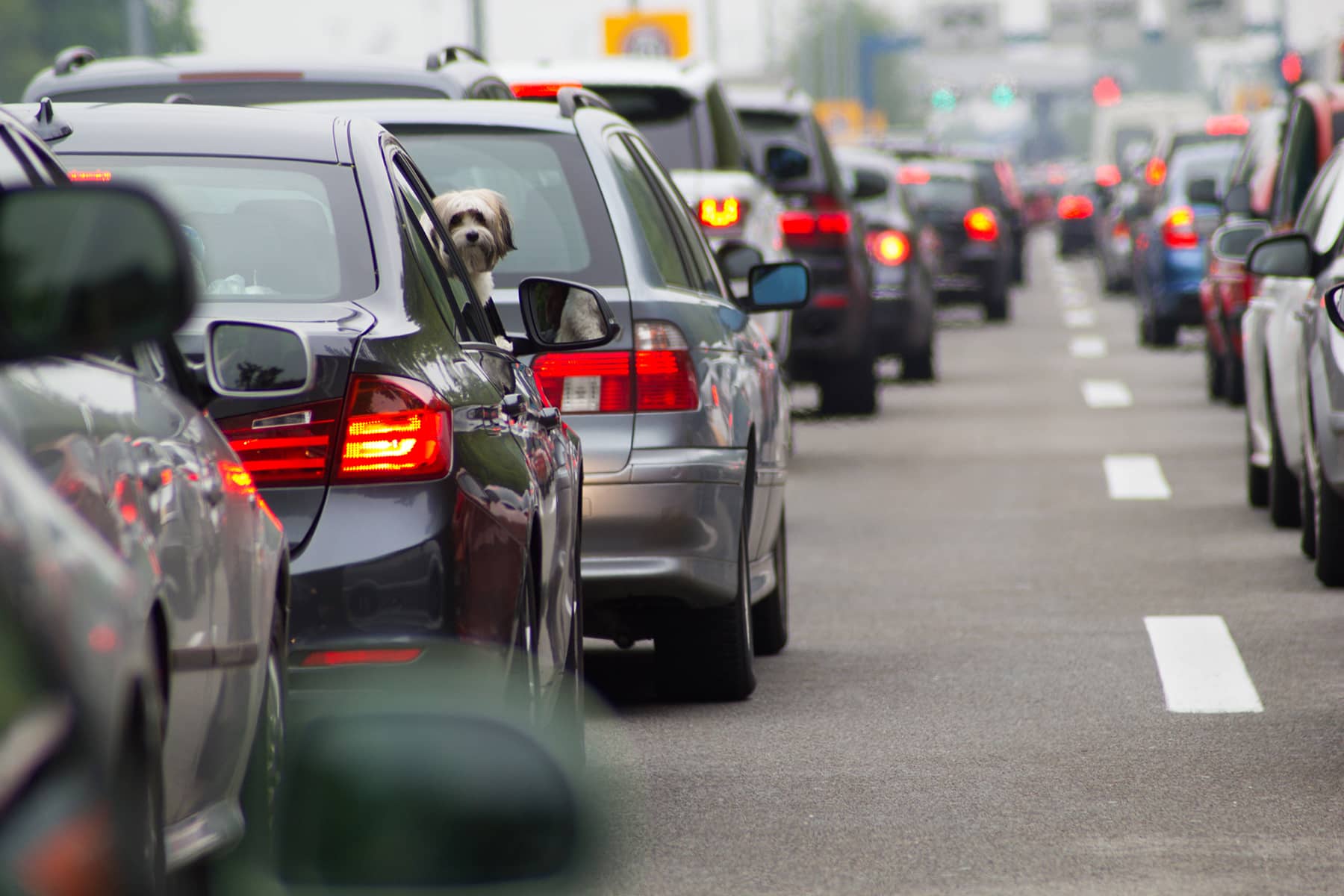 As millions of people travel the interstates over the holiday season, many will encounter patches of traffic at a standstill for no apparent reason, no construction or accident. Researchers say the problem is you.

Human drivers just do not do a good job of navigating dense traffic conditions, but an experiment using artificial intelligence in Nashville recently means help could be on the way. In the experiment, specially equipped cars were able to ease rush hour congestion on Interstate-24, researcher Daniel Work said in late November. In addition to lessening driver frustration, Work said less stop-and-go driving means fuel savings and, by extension, less pollution.

The professor of civil and environmental engineering at Vanderbilt University is one of a group of engineers and mathematicians from universities around the U.S. who have been studying the problem of phantom traffic jams after a simple experiment in Japan a dozen years ago showed how they develop. Researchers there put about 20 human drivers on a circular track and asked them to drive at a constant speed. Before long, traffic went from a smooth flow to a series of stops and starts.

“Phantom traffic jams are created by drivers like you and me,” Work explained.

“We know that one car braking suddenly can have a huge impact,” Work said.

The recent experiment showed that a few cars driving slowly and steadily could have an impact as well, for the better.

The experiment utilized 100 cars that travelled in loops on a 15-mile section of I-24 from about 6 a.m. to 9:45 a.m. each morning. Working on the premise that if 5% of the cars on the road were acting together, they could lessen the prevalence of phantom traffic jams, the researchers equipped those 100 cars to communicate wirelessly, sending traffic information back and forth.

They also took advantage of the adaptive cruise control that is already an option on many new vehicles. This technology lets the driver set a car to cruise at a certain speed, but the car automatically slows down and speeds up as needed to keep a safe distance from the car in front. In the experiment, the adaptive cruise control was modified to react to the overall traffic flow — including what was happening far ahead — using artificial intelligence.

The cars’ decision-making occurred on two levels, Work said. At the cloud level, information about traffic conditions was used to create an overall speed plan. That plan was then broadcast to the cars, which used artificial intelligence algorithms to determine the best action to take. The researchers were able to evaluate the effect the connected cars had on morning traffic flow using a special 4-mile stretch of I-24 outfitted with 300 pole-mounted sensors.

The experiment is a project of the CIRCLES consortium, a group that includes several automakers and the U.S. Energy and Transportation departments. Other lead researchers are based at the University of California, Berkeley; Temple University; and Rutgers University-Camden.

Liam Pedersen is deputy general manager for research at Nissan, a CIRCLES consortium partner who was in Nashville for the experiment. He said one of the exciting things about it is that it builds on technology that is already in many new cars.

“This is not autonomous driving,” he said. “This is something we could realize very soon.”

Asked if automakers will be willing to cooperate to ease traffic, Pedersen said, “I certainly hope so, because the system works best when lots and lots of cars participate.”

The experiment was built off one Work and his colleagues conducted in 2017 at the University of Arizona. That repeated the Japanese experiment, this time with a single self-driving car thrown into the mix. The self-driving car smoothed the flow of traffic so that there was 98% less braking. That led to a 40% increase in fuel efficiency and a 14% increase in distance driven.

Researchers are still crunching the numbers on the experiment, but Work said it “demonstrated that these jams can be reduced through the novel automated vehicle technologies we developed. It’s unquestionable that enhanced automotive technology can significantly reduce phantom traffic jams when implemented at scale.”

Still, he cautioned that the technology is not going to suddenly eliminate congestion.

“When there are more cars on the road than the road can support, there will always be traffic,” he said. “But this can make that congestion less painful.” 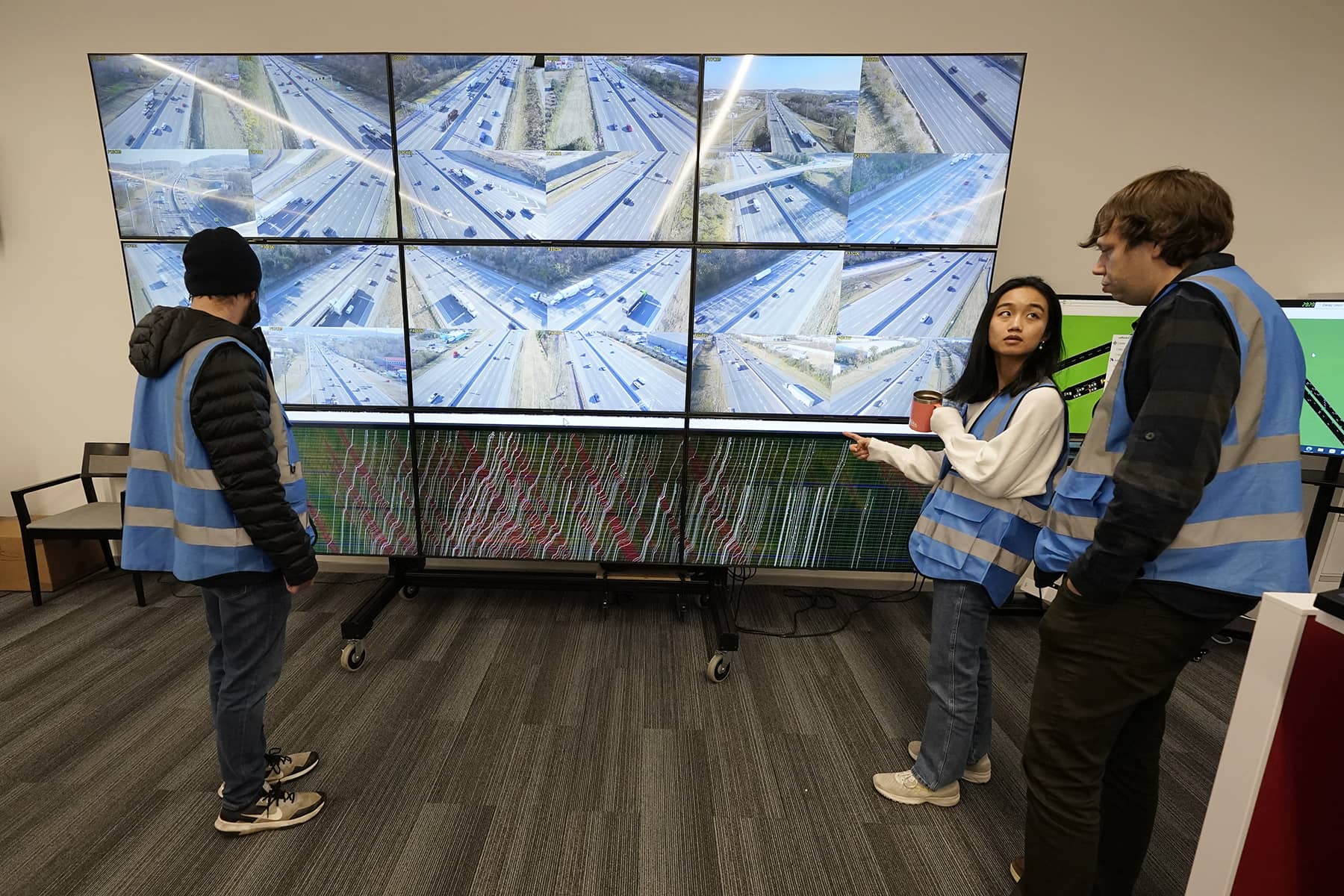 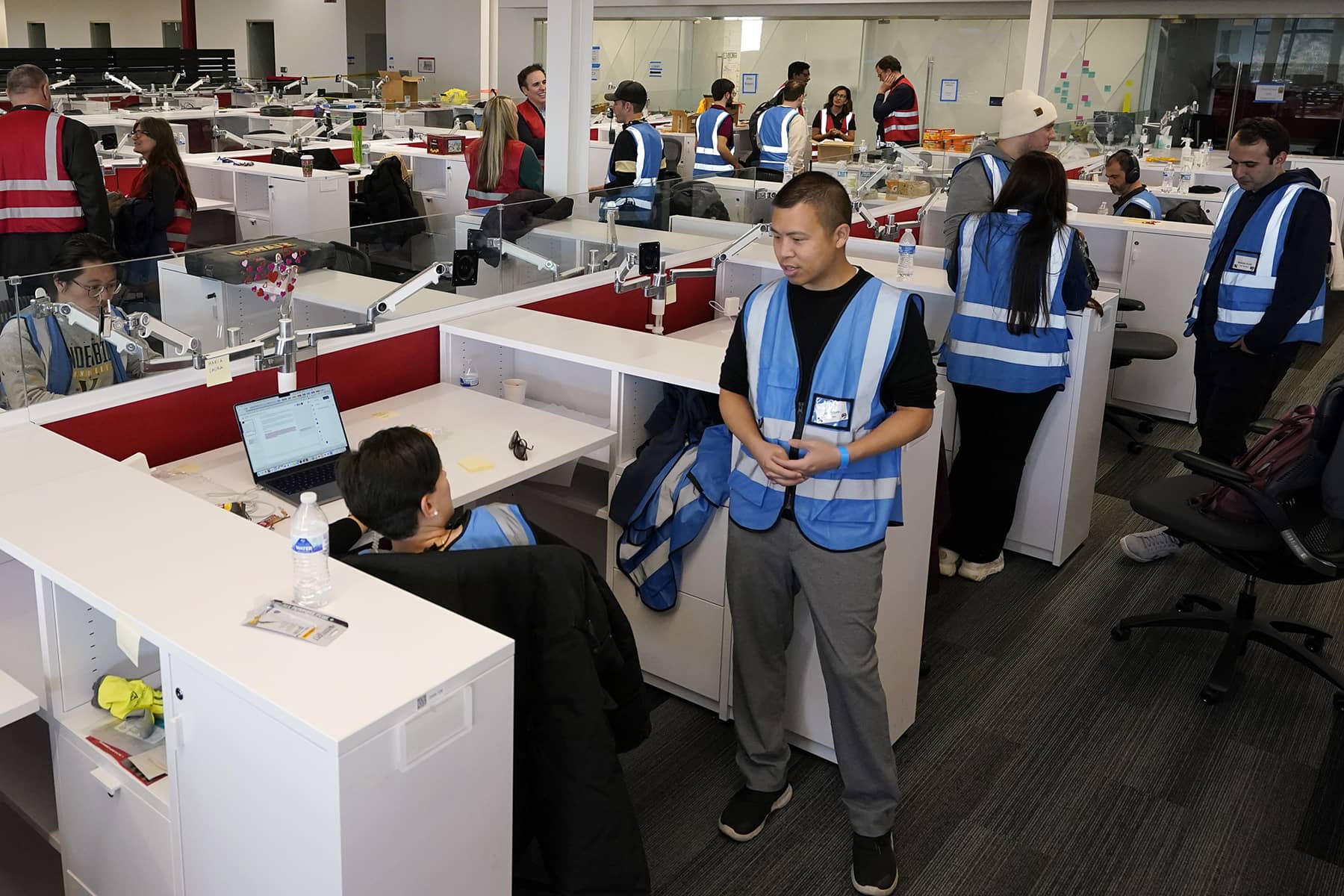 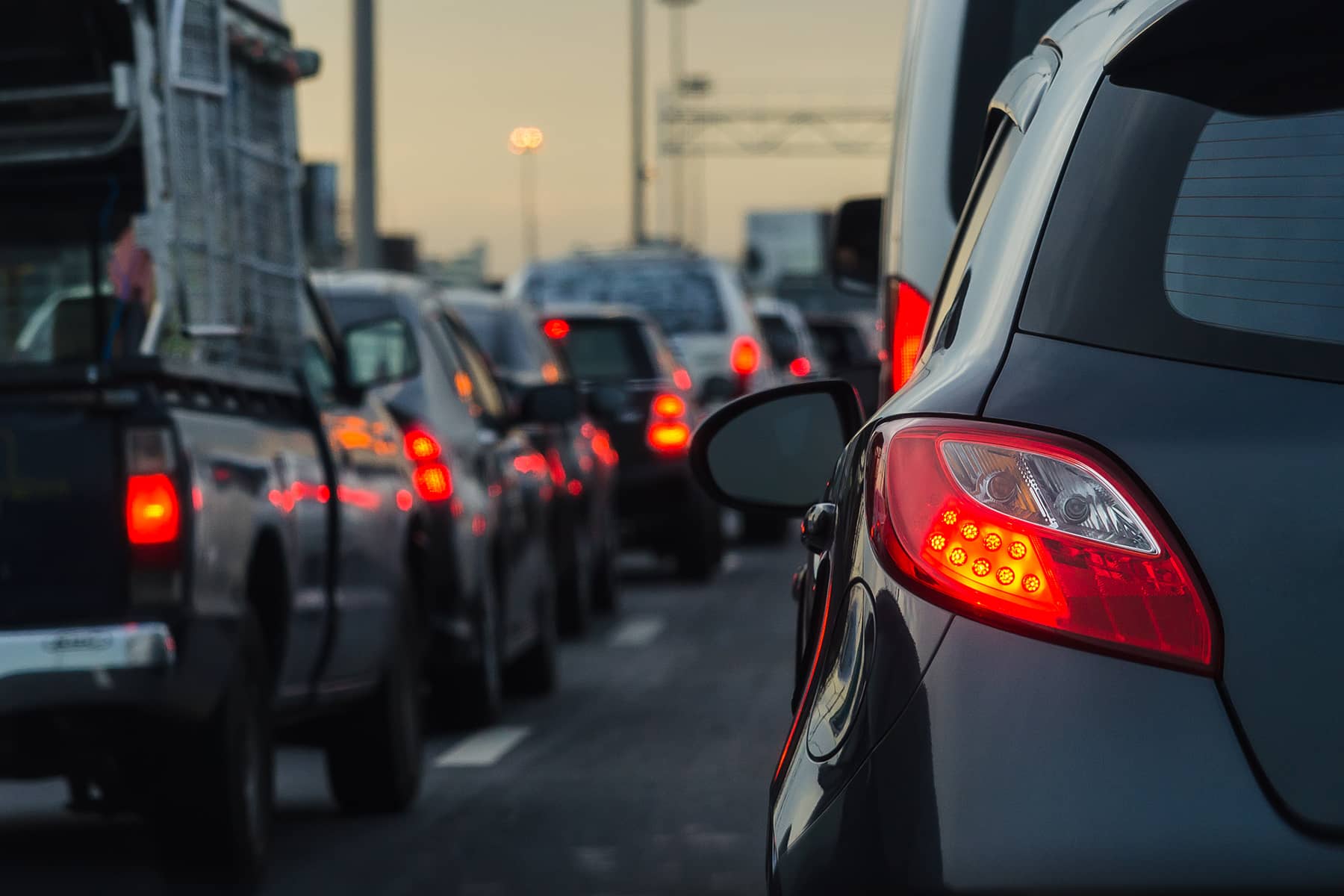 Ddisq, All About Space, and Mark Humphrey (AP) 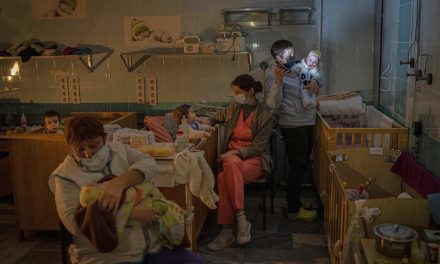 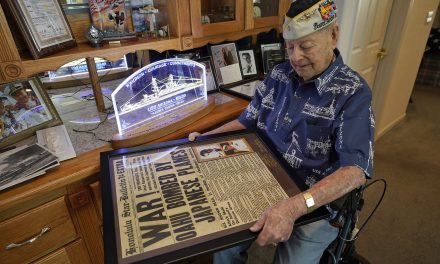 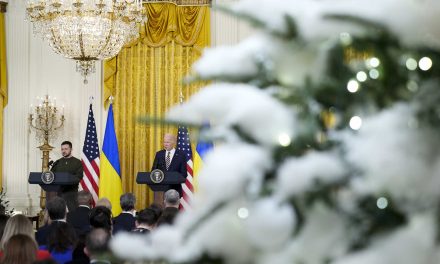 Months in the making: An elaborate plan for President Zelensky’s daring wartime trip to Washington 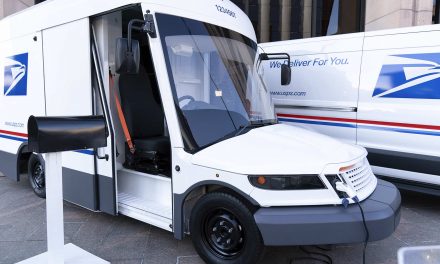