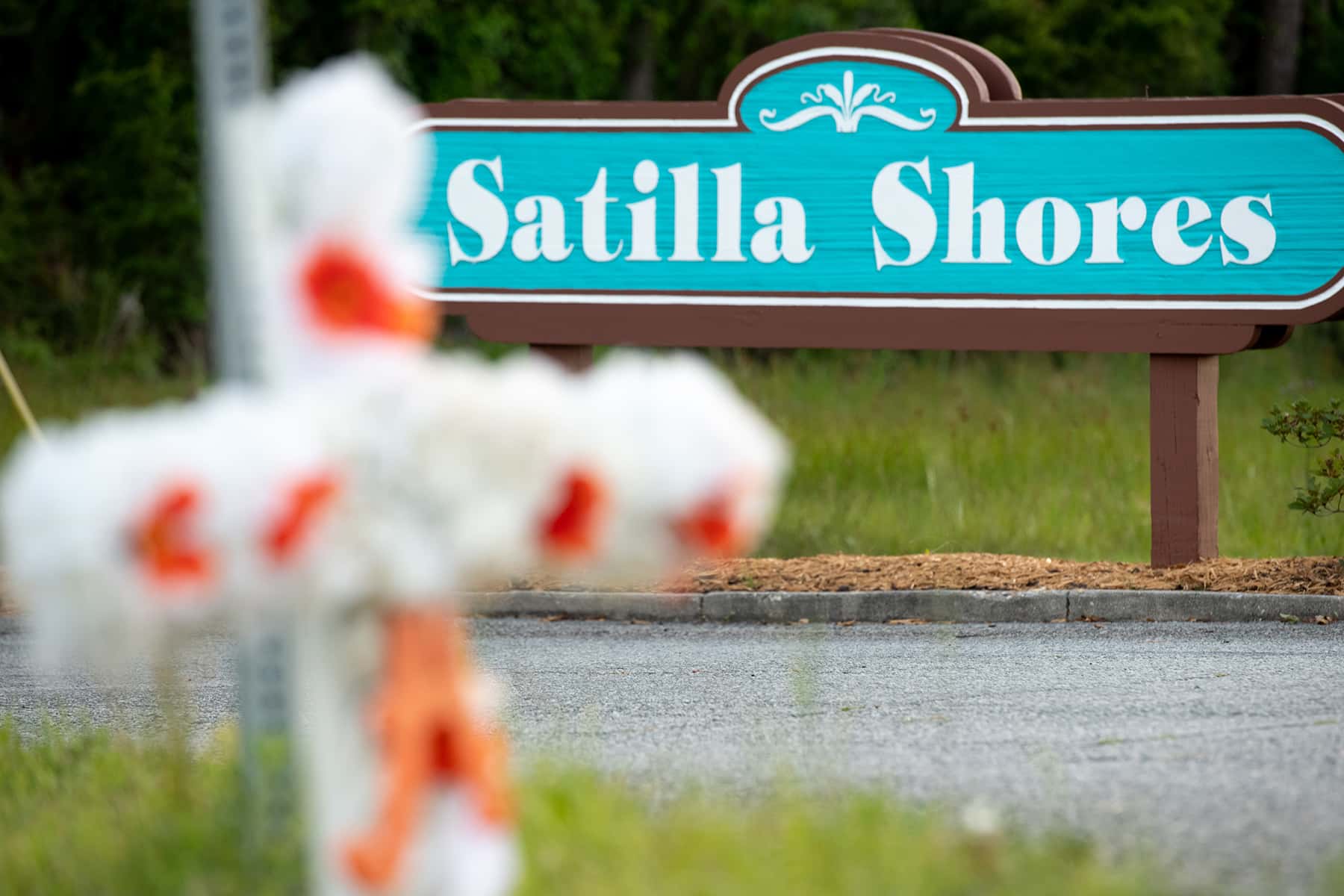 The Georgia Bureau of Investigation (GBI) arrested Gregory McMichael, age 64, and Travis McMichael, age 34, for the death of Ahmaud Arbery on May 7. They were both charged with murder and aggravated assault.

Ahmaud Arbery is dead because he was a black man.

He was hunted down by two white strangers in broad daylight because he was two things: he was black and running, which was enough reason for them to grab weapons and get in their truck and chase him down and assassinate him in the road.

Being black and running was Ahmaud’s crime.

To some white people, you can’t be black.

For far too many white people, such things are probable cause for calls to the police and screamed threats and physical intimidation — and immediate executions. This is the unthinkable reality of the America we still live in, and in this America there are only two kinds of white Americans: there are white racists and there are white anti-racists.

Not professed anti-racists, who click the roof of their mouths, feel an initial wave of sadness at news of murders of jogging black men — and then move on with their day. Not anti-racists who endure grotesque racist dinner table diatribes from their uncles and mothers and husbands, and choose not to speak because they don’t want to deal with the blowback at home.

Not anti-racists who scroll past the most dehumanizing memes and videos from people they’ve grown up with and gone to high school with, not wanting to engage the collateral damage of publicly confronting them.

In the presence of this kind of cancerous hatred, the kind that killed Ahmaud Arbery, the kind that is having a renaissance here in America — there aren’t moderate grey spaces to sit comfortably and observe from a distance.

No, this is a place of stark black and white extremist clarity: You oppose the inhumanity or you abide it. You condemn the violence or you are complicit in it. You declare yourself a fierce and vocal adversary of bigotry — or you become its silent ally.

White friends, we are being asked to be speak clearly because when we do, we place ourselves alongside those people who deserve to get up today and run and stand outside convenience stores and sit in their cars and play in the park and relax in their homes — and we place ourselves across from the bigots who feel they will never be held accountable for not wanting them to do these things.

To be clear — this outward stance doesn’t erase our privilege or exempt us from our prejudices or remove the blind spots within us that perpetuate inequity. Those are realities we’ll have to continually confront in the small and close and quiet moments of the remainder of our lives.

But what our outward declaration will do, is to let other white people know where we stand: our neighbors and and pastors and co-workers and family members and social media friends. It will place us decidedly on the side of black men jogging in their neighborhoods.

It will pLace us in unequivocal opposition to white men choosing to become judge, jury and executioner to a stranger, who have grown up never acknowledging the value of a black like — because so few white neighbors, pastors, co-workers, family members, or social media friends told them otherwise.

As of this writing, Ahmaud Arbery’s white murderers are still free, and whether they remain free or not, the malignant racism that engineered his death will be showing itself again today.

It will shout its inhumanity across tables and in pulpits and in break rooms and on our news feeds and in presidential tweets — and we who live with the unearned privilege of having children and fathers and sisters who can run and stand outside convenience stores and sit in their cars and play in the park and watch TV in their homes — without fearing the taunts and punches and bullets of irrational strangers, we have an obligation to speak explicitly and loudly now.

White Americans need to condemn white racism in America, or be guilty of it. I want to be someone who condemns it.

Ahmaud Arbery, a 25-year-old Black man, was shot to death on February 23 by two white men while he was out for a jog in Satilla Shores, a community a few miles from where he resided in Glynn County, Georgia. Arbery, who was unarmed, was seen jogging through the neighborhood by Gregory McMichael, 64, a retired Glynn County police officer and investigator for the Brunswick Judicial Circuit district attorney. McMichael later told police he suspected Arbery was a burglar.

According to media reports, McMichael and his son, Travis McMichael, 34, chased down Arbery in a truck. The elder McMichael had a .357 Magnum revolver and the younger had a shotgun. They attempted to stop Arbery and, according to reports, there was a struggle over the shotgun. Arbery was shot and killed by Travis McMichael. More than two months later, no one has been arrested or charged for the murder. The McMichaels say they acted in self-defense. Southern Poverty Law Center President and Chief Executive Officer Margaret Huang issued the following statement:

“We join Ahmaud Arbery’s family and the Glynn County community in mourning his senseless death. Absolutely no one should ever be targeted because they are Black or brown, and absolutely no family should ever endure the pain of losing a loved one at the hands of someone else as a result of their bias and hate. It is bias and hate that lead some white people to perceive threats where there are none and, within seconds, the life of a person of color can be taken.

“Any system that stands by as an unarmed man is gunned down in the street without any obvious justifiable reason, is also filled with bias and hate. At least on the surface, it appears that Ahmaud is the victim of a senseless violent act by people who are motivated by racist intent. That these people have not been charged or held to account in any way speaks volumes about the level of respect that law enforcement in Glynn County have for Black lives. We demand an immediate investigation by federal officials into Ahmaud’s death given local law enforcement’s failure to act. The killing of Black and brown people must stop, and it begins with each of us demanding accountability and justice.” 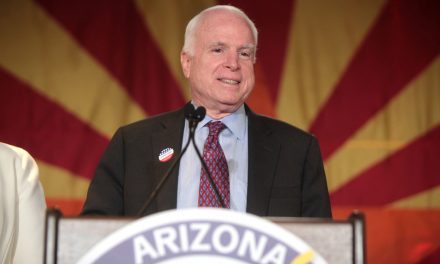 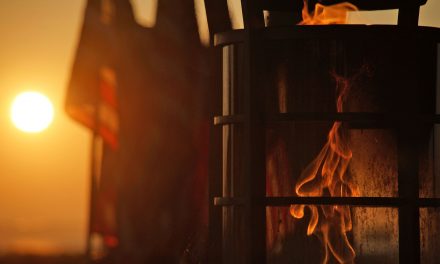 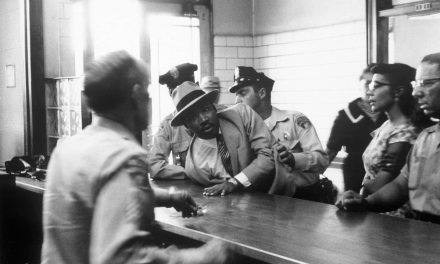 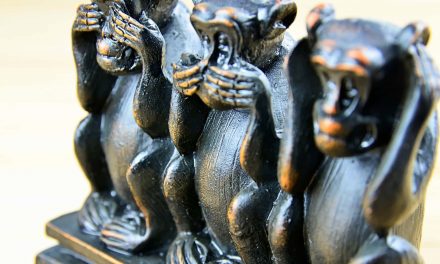 Monkey See, Monkey Do Not: Calling yourself a Christian when you avoid emulating Christ