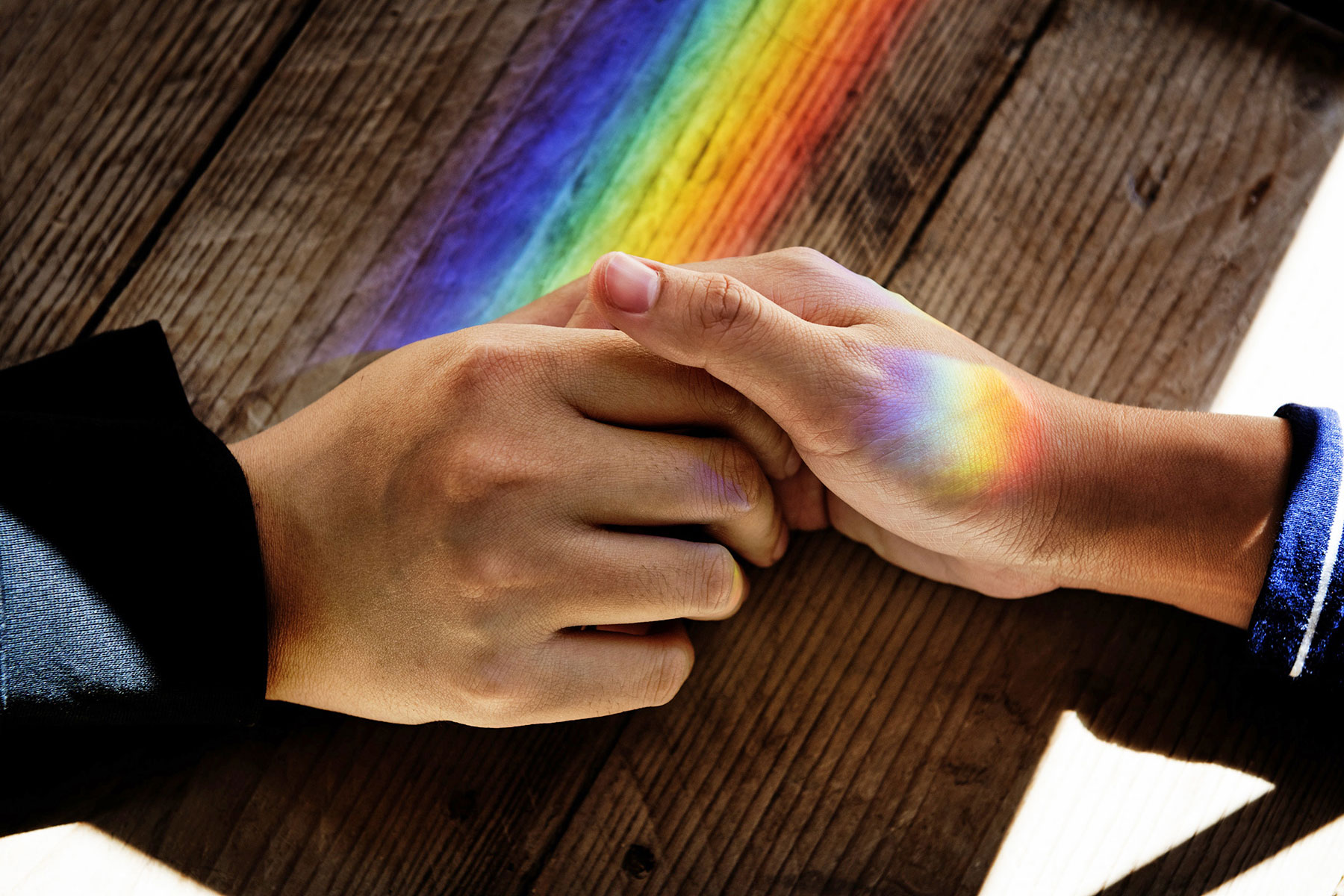 You can always tell when people of faith want to blame God for their homophobia and transphobia, because they suddenly become super-interested in literally applying the Bible to other people’s lives. When you confront them on their unbridled hatred and the viciousness with which they crusade — they claim that as “Bible-believers,” they have no choice in the matter.

“Well,” they say with shrugged shoulders and feigned helplessness, “in God’s Word, it does say, ‘a man shall not lie with another man, it is an abomination.’”

For a moment, let’s put aside the fact that this verse (nor any others) doesn’t adequately comprise or address gender identity, sexual orientation, sexual activity, lesbians, Transgender human beings — or monogamous, committed, loving same-sex relationships between two adults.

Right now, let’s just focus on these Christians, alleging that they’re just doing what God says in the Bible. Like beleaguered car salesmen on the showroom floor, blaming some hidden invisible manager in the back who’s keeping them from giving a customer a better deal, while they deflect culpability for being the bearers of bad news.

“Sorry sir, I’d really like to help you, but my manager says…”

In other words, these Christians in essence, say they’d really like to not be terrible to LGBT people, to not make vulgar comments, not harass them online and in person, not legislate their discrimination — but God says they have to.

The Bible, they say. It’s all about the “Word of God,” to which they claim they are helplessly bound and driven to emulate. Yet these “faithful Bible believers,” who forever wield Leviticus 20:13 like a hammer, never like it when you remind them, that exactly 4 verses earlier, the author of the very same book writes:

You’ll notice you never see these same Bible-believing folks, chasing down disrespectful teens and adults guilty of infidelity — in the town square with bags of rocks. (A little too close to home, methinks.) You don’t see them with signs on street corners, damning married people who’ve been unfaithful — with eternal suffering. (That would look bad for their President, and maybe for them.) They aren’t relentlessly bullying high schoolers in hallways and on social media into self-harm and suicide — because they talk back to their parents. They aren’t posting highway billboards about cheaters deserving death.

The reason for their abstinence, isn’t because the Bible doesn’t literally say these things too, on the very page as the one they use to persecute LGBT people — it’s because they want to be horrible to LGBT people. That one verse, allows an expression of their fears and prejudices and hangups that they can exercise with malice — and claim righteousness and obedience while doing so—so it becomes the only important one.

But since we’re camped out in Leviticus (which these helplessly faithful seem so enamored with as they assault “the gays”), the book’s author also writes: The foreigner residing among you must be treated as your native-born. Love them as yourself, for you were foreigners in Egypt. I am the Lord your God. 19:34

These same Christians who regularly assault LGBT people because, the Bible — aren’t out in the world passionately defending refugees and demanding separated migrant families be reunited and protesting ICE raids in hospital rooms and pushing back against human rights violations to non-Americans.

I guess that section of the “Word of God” is less pressing for them. That particular verse of Leviticus doesn’t get them excited. For some reason, when it comes to faithfulness to Scripture, white Evangelicals aren’t as passionate about advocating for dark-skinned foreigners as they are, shouting vile stuff at gay couples walking down the street or about turning a blind eye to infidelity.

That still wouldn’t give a Christian license to spew the kind of toxic venom the LGBT are regularly exposed to at the hands of supposed followers of Jesus. It wouldn’t be consent for them to use pulpits and airtime and legislation to limit their civil rights and declare them subhuman.

Even if the Bible said what these homophobic/transphobic Christians so want it to say — it still wouldn’t give them permission to be vengeful, violent jerks in the name of Jesus (who, by the way, is silent of issues of gender identity and sexual orientation.)

There are 31, 102 verses in the Bible. The Bible says a lot of things. There are all sorts of ways we can parse it out to align with our causes and comfort levels, and many opportunities to leverage a few words to hurt people. Since it’s so sprawling and unclear and open to interpretation — the way we use the Bible doesn’t always reveal God’s character, it reveals ours.

As we engage our religion, it isn’t whether or not something is in the Bible — but we should ask ourselves: Is the way I am expressing my faith in the specific way and moment, redemptive? Does it bring life? Does it make someone feel seen and heard and respected? Does it do anything to reflect love?

For Christians to pull out a single, isolated verse (or even a handful of verses) and pretend this gives them the right to cruelty and inhumanity and violence, is both theologically lazy and spiritually treasonous. Every day LGBT people are driven to despair and hopelessness by supposed followers of Jesus selectively using a Bible to justify their own hatred toward these people.

Christian friend, it’s fine if you’re intimidated by or afraid of those who aren’t like you — or you don’t want to respond to Science — or if you aren’t able to have rational, mature conversations about complex things like gender identity and sexual orientation.

Just admit it and stop using supposed obedience to the Bible as an excuse.

Stop clinging to the text when it endorses your prejudices and abandoning it when it seems to step on your toes. Stop saying you “love God’s Word,” when you really just want a few sentences to bash people over the head with, and feel justified. Stop personally exposing people to unspeakable damage and passing the buck of your violence to God.

If there’s anything that is surely an abomination today — it’s that. 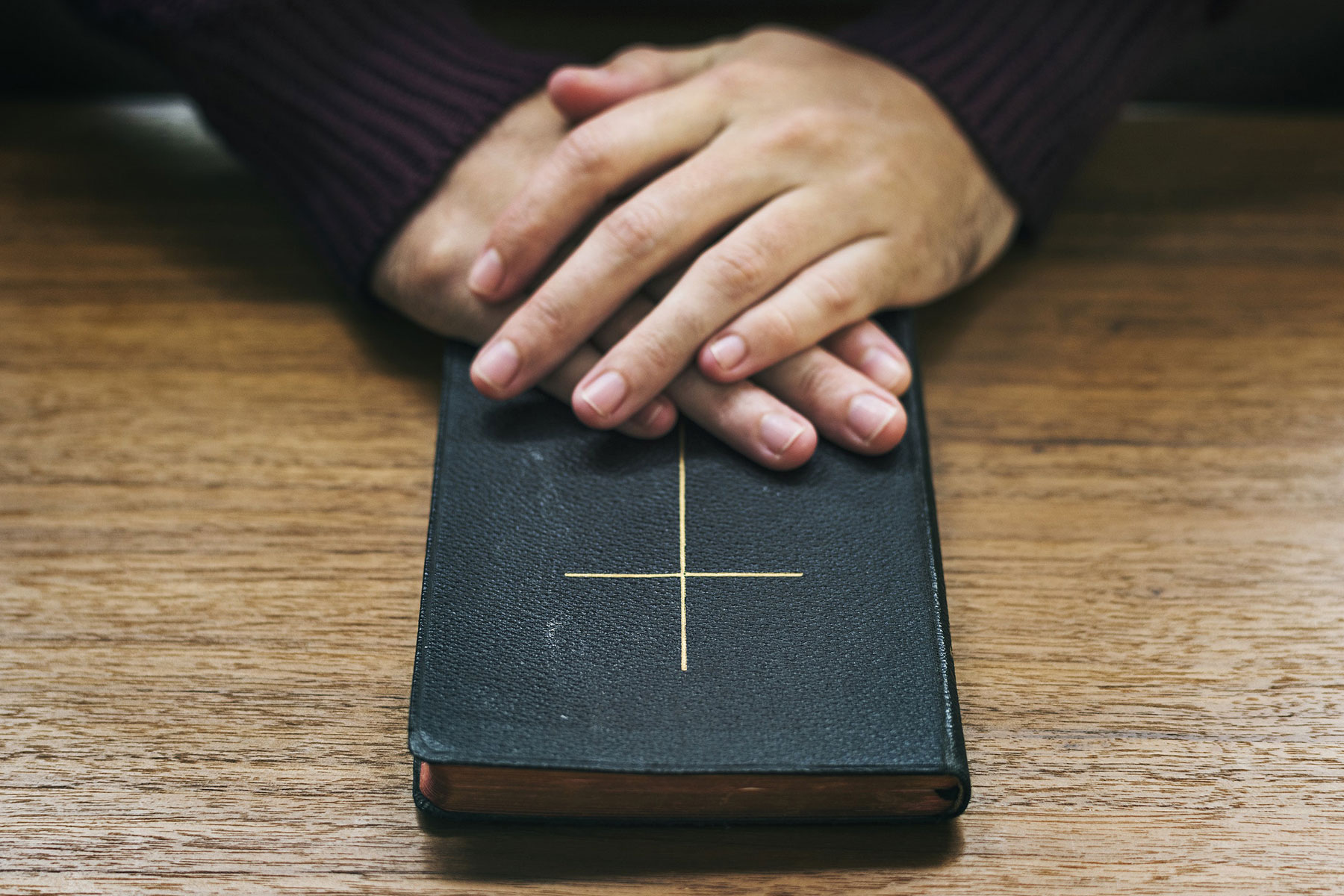 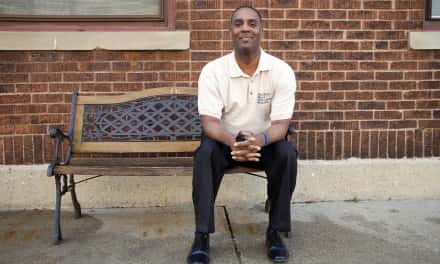 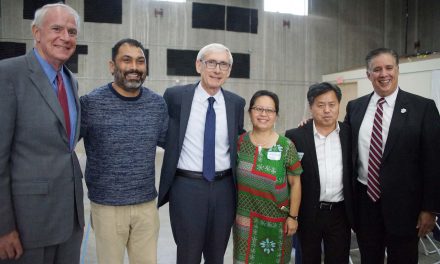 Pardeep Kaleka: When a diverse community gathers in fellowship on the spiritual toll of gun violence 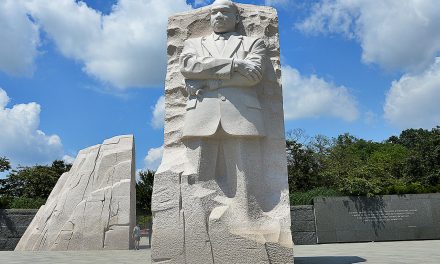