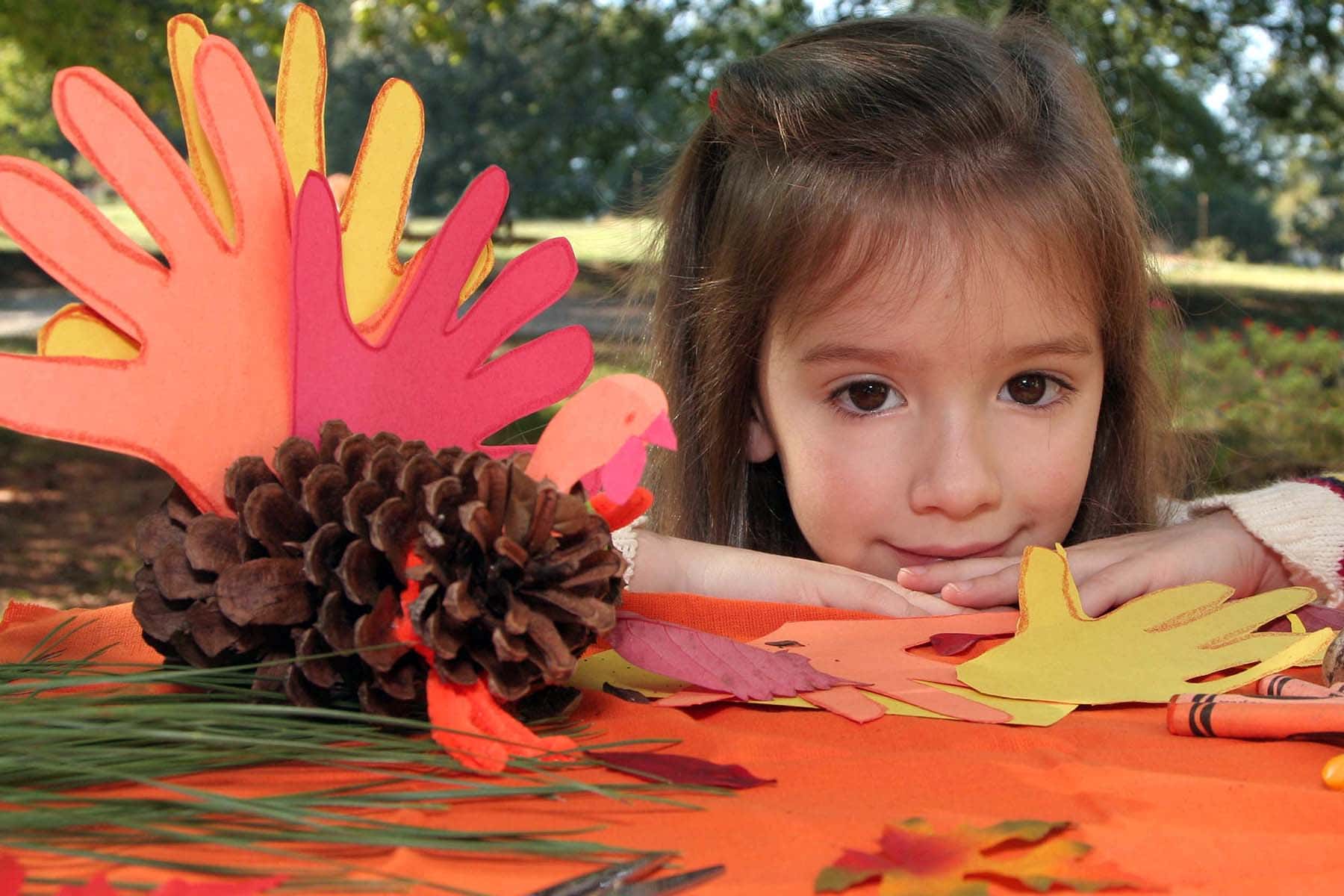 It doesn’t feel like much of a Thanksgiving this year. Lots of chairs are empty, either permanently, as we are now counting our coronavirus dead in the hundreds of thousands, or temporarily, as we are staying away from our loved ones to keep the virus at bay.

Lots of tables are empty, too, as Americans are feeling the weight of an ongoing economic crisis. Rather than being unprecedented, though, this year of hardship and political strife brings us closer to the first national Thanksgiving than any more normal year.

That first Thanksgiving celebration was not in Plymouth, Massachusetts. While the Pilgrims and the Wampanoags did indeed share a harvest feast in fall 1621, and while early colonial leaders periodically declared days of thanksgiving when settlers were supposed to give their thanks for continued life and – with luck—prosperity, neither of these gave rise to our national celebration of Thanksgiving.

We celebrate Thanksgiving because of the Civil War.

Southern whites fired on a federal fort, Fort Sumter, in Charleston Harbor in April 1861 in an attempt to destroy the United States of America and create their own country, based not in the American idea that “all men are created equal,” but rather in the opposite idea: that some men were better than others, and had the right to enslave their neighbors. In the 1850s, convinced that society worked best if a few wealthy men ran it, southern leaders had worked to bend the laws of the United States to their benefit. They used the government to protect slavery at the same time they denied it could do any of the things ordinary Americans wanted it to, like building roads, or funding colleges.

In 1860, northerners elected Abraham Lincoln to the presidency to stop the rich southern slaveholders from taking over the government and using it to cement their own wealth and power. As soon as Lincoln was elected, southern leaders pulled their states out of the Union to set up their own country. For their part, Lincoln and the northerners set out to end the slaveholders’ rebellion and bring the South back into a Union in which the government worked for people at the bottom, not just those at the top.

The early years of the war did not go well for the Union. By the end of 1862, the armies still held, but people on the home front were losing faith. Leaders recognized the need both to acknowledge the suffering and to keep Americans loyal to the cause. In November and December, seventeen state governors declared state thanksgiving holidays.

The next year Lincoln got ahead of the state proclamations. On July 15, he declared a national day of thanksgiving, and the relief in his proclamation was almost palpable. After two years of disasters, the Union army was finally winning. Bloody, yes; battered, yes; but winning. At Gettysburg in early July, Union troops had sent Confederates reeling back southward. Then, on July 4, Vicksburg had finally fallen to U. S. Grant’s army. The military tide was turning.

President Lincoln set Thursday, August 6, 1863, for the national day of thanksgiving. On that day, ministers across the country listed the signal victories of the U.S. Army and Navy in the past year, and reassured their congregations that it was only a matter of time until the United States government put down the southern rebellion. Their predictions acknowledged the dead and reinforced the idea that their sacrifice had not been in vain, as Lincoln himself did just three months later in the Gettysburg Address.

In October 1863, President Lincoln declared the second national day of thanksgiving. In the past year, he declared, the nation had been blessed.

In the midst of a civil war of unequaled magnitude and severity, he wrote, Americans had maintained their laws and their institutions, and kept foreign countries from meddling with their nation. They had paid for the war as they went, refusing to permit the destruction to cripple the economy. Instead, as they funded the war, they had also advanced farming, industry, mining, and shipping. Immigrants had poured into the country to replace men lost on the battlefield, and the economy was booming. And Lincoln had recently promised that the government would end slavery once and for all. The country, he predicted, “with a large increase of freedom,” would survive, stronger and more prosperous than ever. The President invited Americans “in every part of the United States, and also those who are at sea, and those who are sojourning in foreign lands” to observe the last Thursday of November as a day of thanksgiving.

The following year, Lincoln proclaimed another day of thanksgiving, this time congratulating Americans that God had favored them not only with immigration but also with the emancipation of formerly enslaved people. “Moreover,” Lincoln wrote, “He has been pleased to animate and inspire our minds and hearts with fortitude, courage, and resolution sufficient for the great trial of civil war into which we have been brought by our adherence as a nation to the cause of freedom and humanity, and to afford to us reasonable hopes of an ultimate and happy deliverance from all our dangers and afflictions.”

Lincoln established our national Thanksgiving to celebrate the survival of our democratic government.

More than 150 years later, President-Elect Joe Biden addressed Americans, noting that we are in our own war, this one against the novel coronavirus, that has already taken the grim toll of at least 260,000 Americans. Like Lincoln before him, he urged us to persevere, promising that vaccines really do appear to be on their way by late December or early January. “There is real hope, tangible hope. So hang on,” he said. “Don’t let yourself surrender to the fatigue…. [W]e can and we will beat this virus. America is not going to lose this war. You will get your lives back. Life is going to return to normal. That will happen. This will not last forever.”

“Think of what we’ve come through,” Biden said, “centuries of human enslavement; a cataclysmic Civil War; the exclusion of women from the ballot box; World Wars; Jim Crow; a long twilight struggle against Soviet tyranny that could have ended not with the fall of the Berlin Wall, but in nuclear Armageddon.” “It’s been in the most difficult of circumstances that the soul of our nation has been forged,” he said. “Faith, courage, sacrifice, service to country, service to each other, and gratitude even in the face of suffering, have long been part of what Thanksgiving means in America.”

“America has never been perfect,” Biden said. “But we’ve always tried to fulfill the aspiration of the Declaration of Independence: that all people are created equal….”

Biden could stand firmly on the Declaration of Independence because in 1861, Americans went to war to keep a cabal of slave owners from taking control of the government and turning it into an oligarchy. The fight against that rebellion seemed at first to be too much for the nation to survive. But Americans rallied and threw their hearts into the cause on the battlefields even as they continued to work on the home front for a government that promoted the common good. And they won. 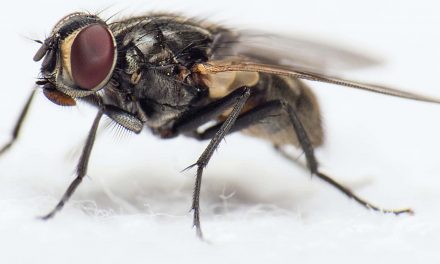 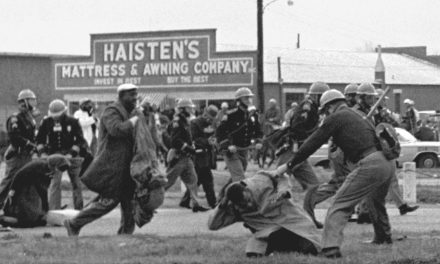 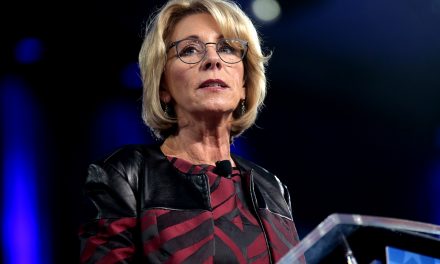 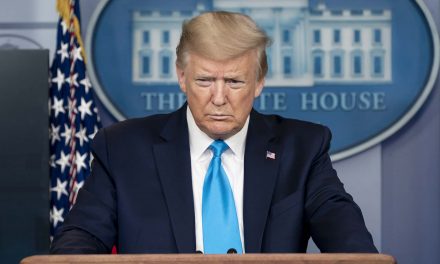