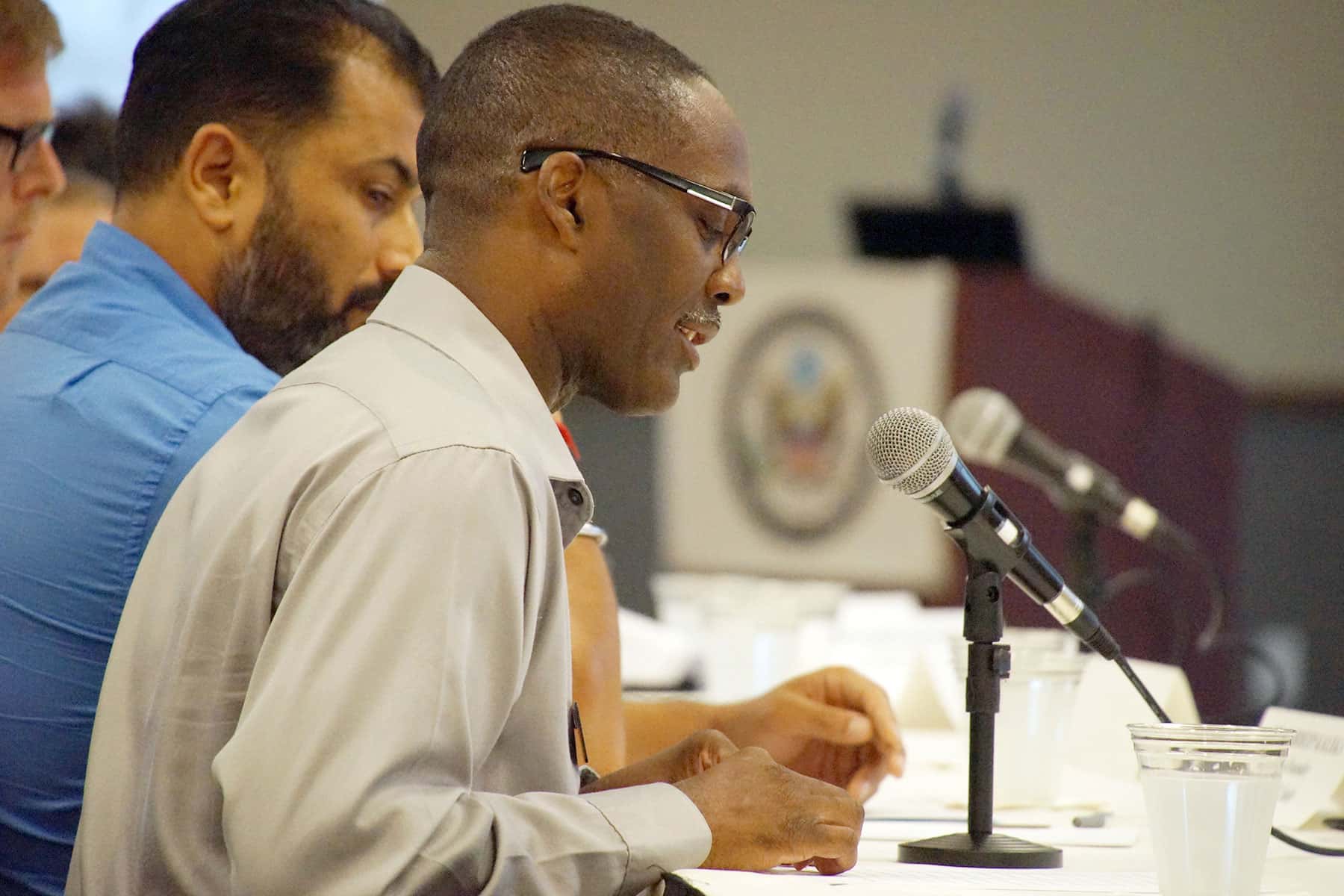 Editor’s Note: Reggie Jackson was a panelist at a public meeting hosted by the Wisconsin Advisory Committee to the United States Commission on Civil Rights on August 29, to discuss the issue of under-reported hate crimes and civil rights violations. This is the testimony he presented at the hearing.

Wisconsin’s Hate Crime statute (939.645) is highly ineffective due to three key factors. The first factor is that hate crimes are very underreported in Wisconsin just as they are nationally. Secondly, the law was written as a penalty enhancer instead of as a sentencing aggravator. As a result the prosecutor must provide proof of motive beyond a reasonable doubt. The third factor is related to the second. In most hate crime cases, minus a statement directly attributable to the defendant it is nearly impossible to get a conviction. It’s very difficult to prove bias. Studies show that most American’s don’t believe racial bias is very common. A history of race-based crimes throughout American history has not prevented people from denying its existence and impact. This third factor makes the law ineffective in cases of race-based hate crimes. Without the law being changed to one that has a sentence aggravator instead of simply a penalty enhancer it will continue to make any real deterrence under the law unlikely.

Hate crime statistics are available for each state on the FBI website. One can very easily look up the number of hate crimes committed, the type of hate crime, victim demographics and perpetrator demographics. On April 23, 1990, Congress passed the Hate Crime Statistics Act, which required the Attorney General to collect data “about crimes that manifest evidence of prejudice based on race, religion, sexual orientation, or ethnicity.” These hate crime statistics are widely reported by the mass media. In Wisconsin in 2014, according to the FBI’s Uniform Crime Report (UCR) data there were a total of 53 hate crimes in the state. Twenty-eight of these were race based hate crimes. The number of hate crimes in Wisconsin has varied from a low of fifty in 2013 to a high of 92 in 2008 for the past ten years of available data.

Many people are unaware that crimes reported to police and available in the UCR data are not indicative of the number of actual crimes committed. According to this data: In 2011, 1,944 law enforcement agencies reported 6,222 hate crime incidents.

Another source of data on hate crimes comes from the Bureau of Justice Statistics’ (BJS) National Crime Victimization Survey (NCVS). During 2011 they reported 217,640 hate crimes nationwide. Comparing these two data sets shows that for every hate crime reported by the UCR data there were roughly 35 reported by the NCVS data in 2011. From 2007 to 2011, an estimated annual average of 259,700 hate crime victimizations occurred according to a March 2013 Special Report entitled Hate Crime Victimization 2003-2011. The FBI UCR reports show an average of 7,285 hate crimes over this same period.

This disparity is well known within criminal justice circles but much less well known by the general public. As a result we can see that hate crime victims are very unlikely to report these incidents. If only one in thirty-five hate crimes is reported, how can the laws be effective deterrents in Wisconsin or any other jurisdiction? In addition, “about 92% of all hate crimes between 2007 and 2011 were violent, up from 84% in the 2003-2006 period. By comparison, the latest FBI statistics (from 2011) show that just 13% of all crime is violent” according to the same 2013 Hate Crime report.

Professor Jack Levin reported to Hatewatch, that “the FBI hate crime count is based on a voluntary reporting system that many local police jurisdictions refuse to support. In 2011, for example, only five hate crimes were reported for the entire state of Louisiana, just two for Wyoming and 11 for Arkansas.”

My second point of contention is with the manner in which the Wisconsin law was written. The hate crime law is written as a penalty enhancer instead of as a sentencing aggravator. Because of this a prosecutor must provide proof of motive beyond a reasonable doubt. A penalty enhancer is used as a tool to scare defendants into plea-bargaining, and is often dropped after a plea deal is made. On the other hand a sentencing aggravator plays no role in the trial or plea bargaining phase. A judge can use it to impose a longer sentence during the penalty phase. At both the state and federal level they are used extensively as a deterrent to crimes.

In 2001 under Wisconsin Act 109 the state retained a limited number of criminal code penalty enhancers for: use of a dangerous weapon, violent crime in a school zone, habitual criminality, certain domestic abuse offenses and hate crimes. Other penalty enhancers were then reclassified as sentencing aggravators.

With sentencing aggravators, judges consider these during sentencing to determine if more time is warranted but they do not need to be pleaded and or proved during the trial. The burden of proving motive by the prosecutor is therefore taken out of the equation.

According to a 2005 Marquette Law Review article, Put to the Proof: Evidentiary Considerations in Wisconsin Hate Crime Prosecutions by Evan M. Read “under Wisconsin law and Apprendi, a prosecutor seeking a conviction under section 939.645 must charge the violation in the criminal complaint and prove the prohibited motive beyond a reasonable doubt, which would not be required had the enhancement been reclassified as a sentencing aggravator. At least partially because of this high standard and low effect, section 939.645 is generally the subject of plea negotiations and the charges are often dropped in return for a guilty plea.”

The final point I’d like to make is related to finding guilt in those cases where the defendant has not made an overt statement showing bias. In most hate crime cases minus a statement directly attributable to the defendant showing bias, it is nearly impossible to get a conviction. According to Read’s article the author of the statute, Bruce Fuestel, felt that “the questions involved in trying to prove a motive of an offender put the effectiveness of the statute in doubt.”

Because the hate crime law is written as a penalty enhancer the prosecutor is required to prove that the victim was selected due to his or her belonging to a protected group. It is not enough to simply show that the defendant is racist, the state must show that these specific beliefs led to the selection of the victim. A defendant can simply argue that there were other mitigating circumstances that led to the encounter with this victim. In those rare occasions where the defendant can be shown to have used a racial epithet or something similar directly before committing the act proving bias is fairly simple. However, if this evidence is not available the prosecutor must convince jurors beyond a reasonable doubt that the motive was bias. Two other sources to prove this bias could be prior acts by the defendant that were motivated by bias or their possessions such as clothing and tattoos related to hate groups.

Despite the fact that many people believe we live in a so-called “post-racial America” evidence to the contrary is abundant. The difficult burden on prosecutors to prove bias, especially racial bias is directly related to how whites and African Americans see racial inequality in the country. Acts that African Americans perceive as racially biased are often seen by whites as having nothing to do with race.

Differences of opinions about the role race plays in life in America have been shown to differ by wide margins. A 2014 Gallup poll gave us this evidence. The disparity is greatest when Americans are asked, as Gallup did last year, if the American justice system is biased against black people. Sixty-eight percent of black Americans said the system is biased and 26% said it was not. Whites’ attitudes were almost exactly the opposite — 25% said the system is biased and 69% not biased. A Pew Research Center survey conducted Feb. 29-May 8, 2016 is an indication of how wide the margins are currently.

By large margins, blacks are more likely than whites to say black people are treated less fairly in the workplace (a difference of 42 percentage points), when applying for a loan or mortgage (41 points), in dealing with the police (34 points), in the courts (32 points), in stores or restaurants (28 points), and when voting in elections (23 points). By a margin of at least 20 percentage points, blacks are also more likely than whites to say racial discrimination (70% vs. 36%), lower quality schools (75% vs. 53%) and lack of jobs (66% vs. 45%) are major reasons that blacks may have a harder time getting ahead than whites.

Juries in many cases are primarily white due to huge disenfranchisement of African Americans nationwide including in Wisconsin. According to data from the Sentencing Project, 1 in 13 African Americans nationwide are ineligible to vote. Over 22,000 African Americans in Wisconsin are disenfranchised. A 2003 American University Law Review article, The Exclusion of Felons from Jury Service, tells us that “the lifetime exclusion of felons from jury service is the majority rule in the U.S., used in thirty one states and in federal courts. The result is that over 6% of the adult population is excluded, including about 30% of black men.”

A white defendant is more likely to have peers from his own racial group than any other ethnicity. The racial makeup of the jury pool will play a role in how bias is perceived in race based hate crimes cases. In light of these differences it is readily apparent that proving bias in hate crimes using the current threshold is problematic. Allowing judges to determine the use of hate crime penalties by changing the law to sentencing aggravators lowers the burden of proof of bias, which is so difficult to attain if the threshold is beyond a reasonable doubt.

In conclusion, three factors limit the effectiveness of Wisconsin’s hate crime law. The huge under reporting of hate crimes makes us keenly aware that many victims find no confidence in the legal system to provide them justice when they’ve been victimized. Secondly, by using a penalty enhancer model, which requires a very difficult burden of proof of bias, the state makes the law have limited impact. Finally, differing views of the level of bias and discrimination makes it abundantly clear that white jurors may find it more difficult to believe racial bias was the cause of incidents in many cases. 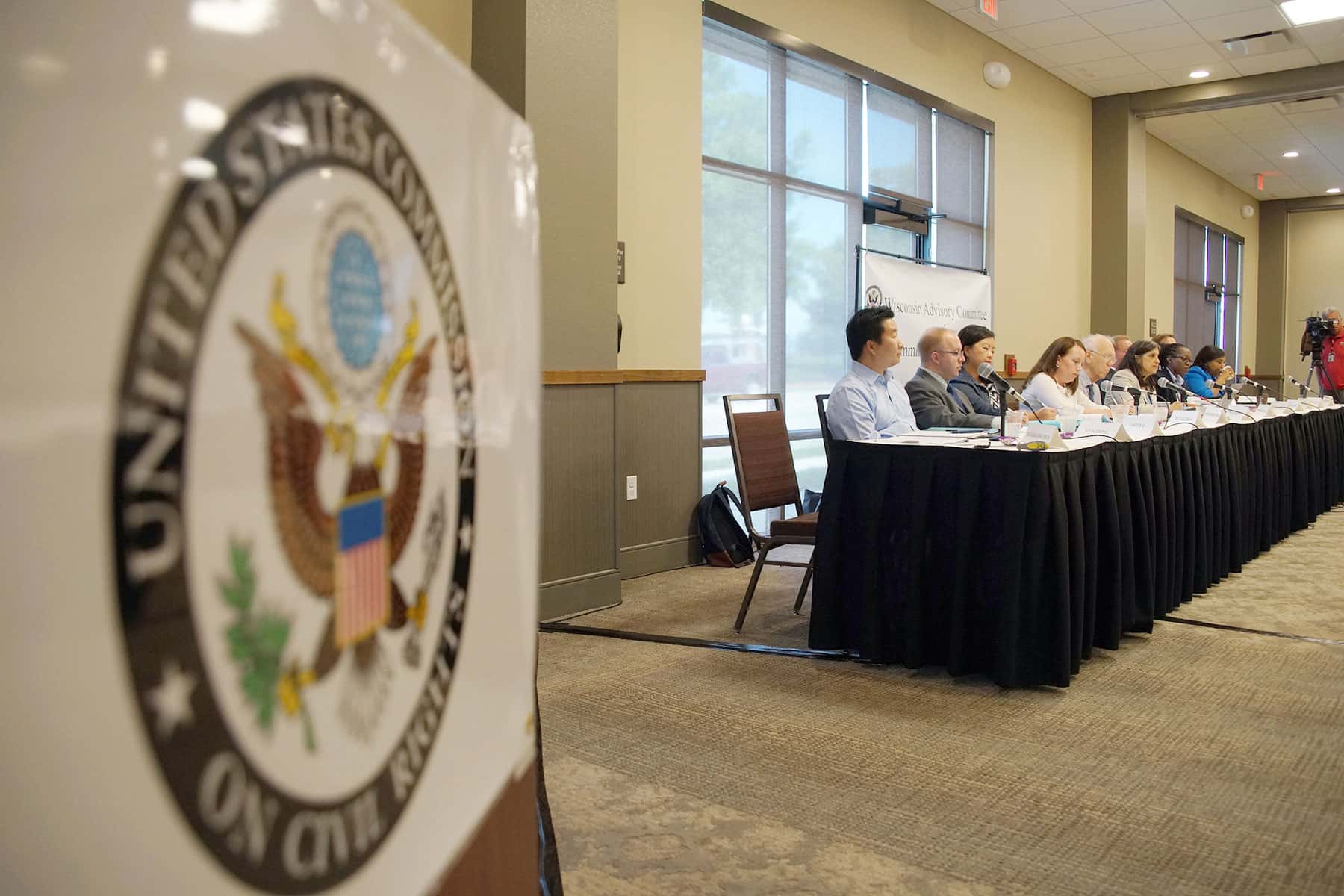 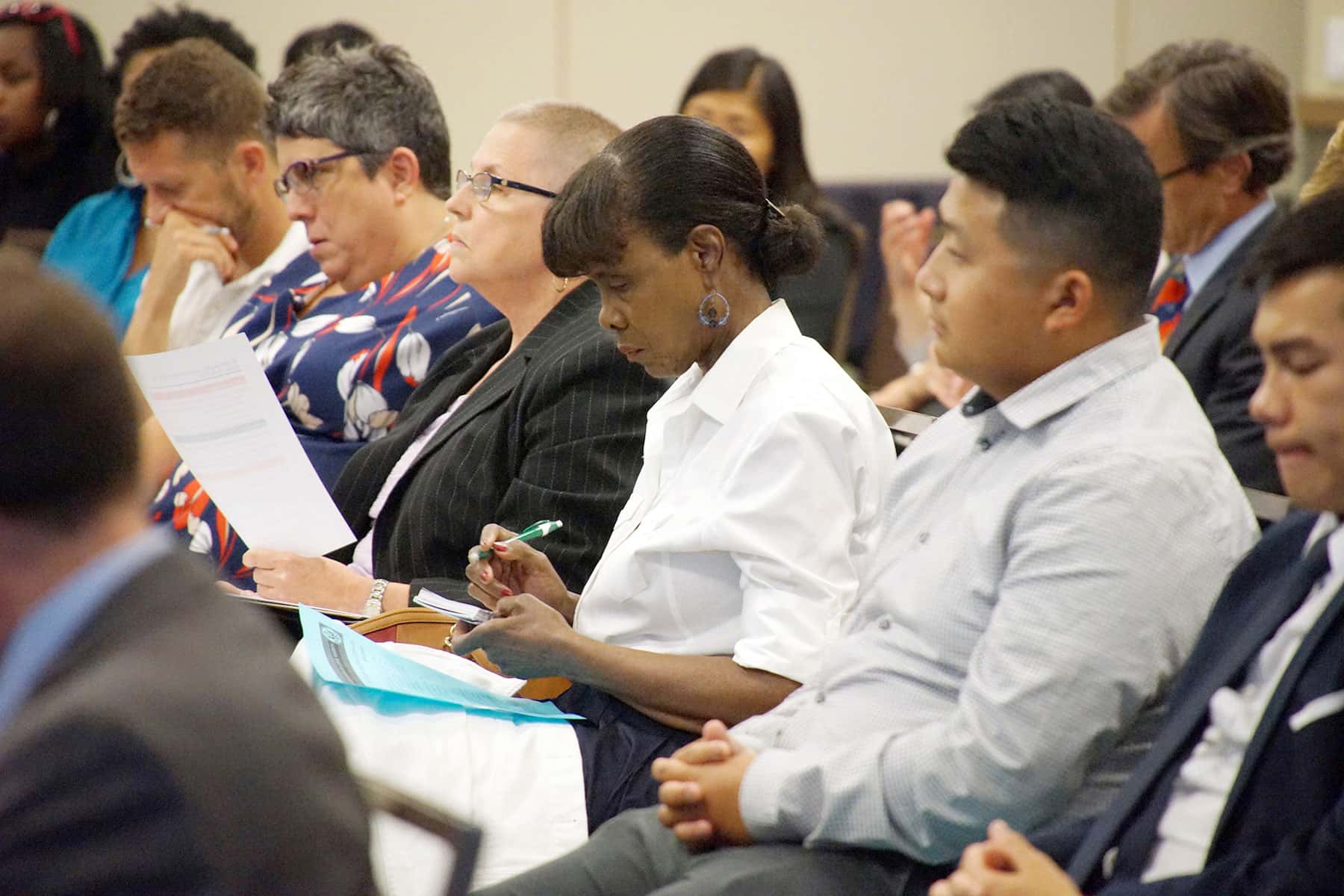 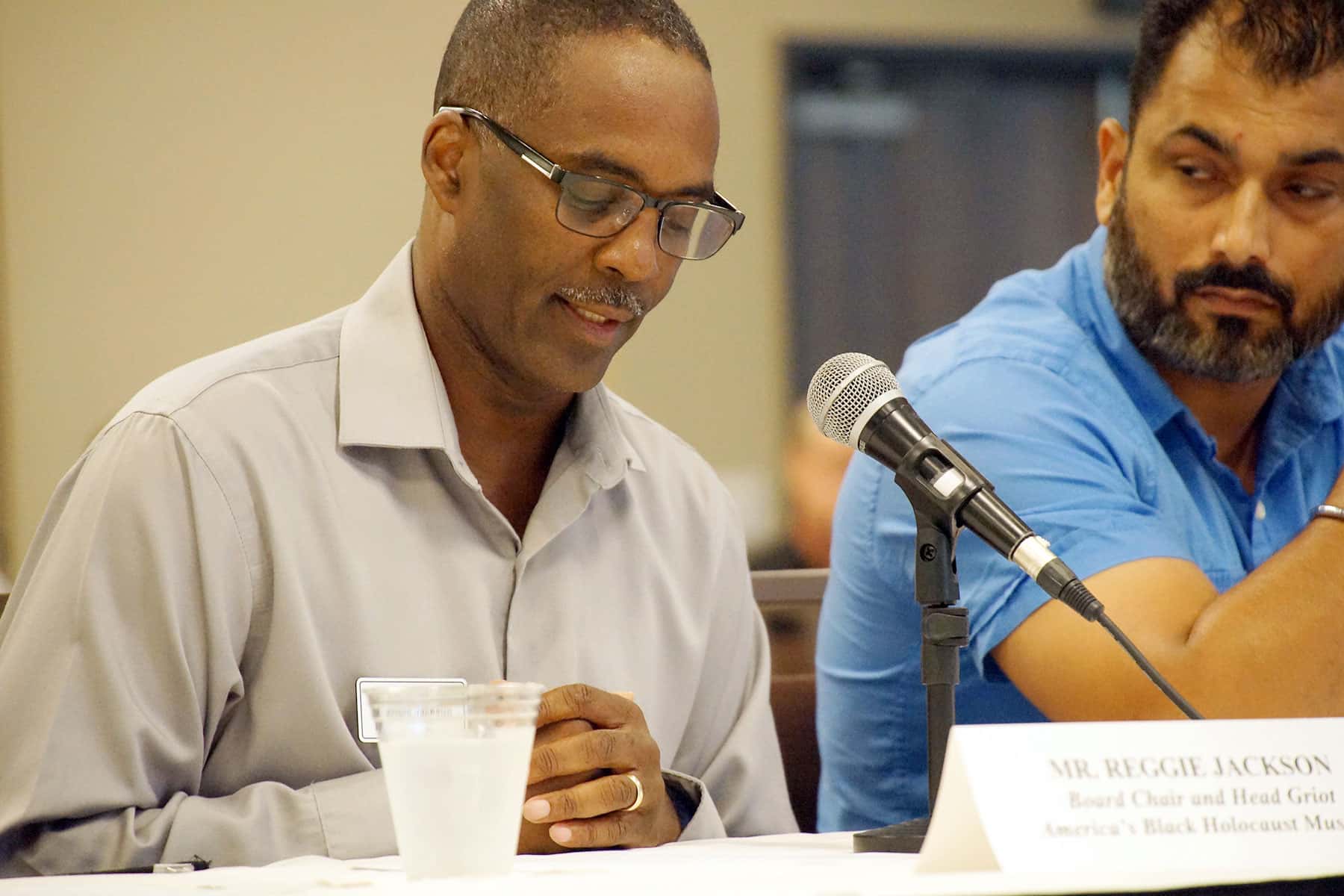 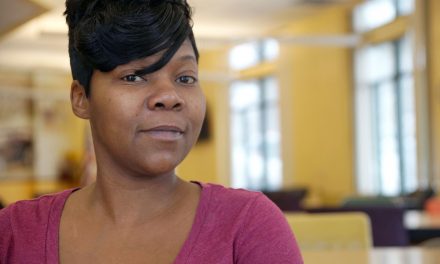 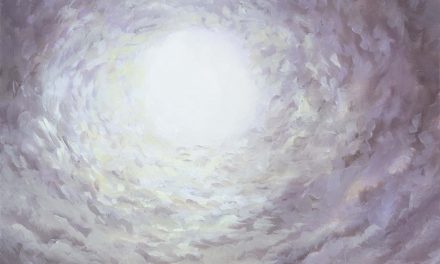 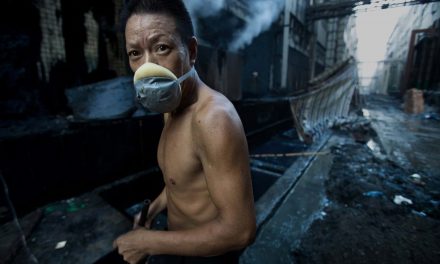 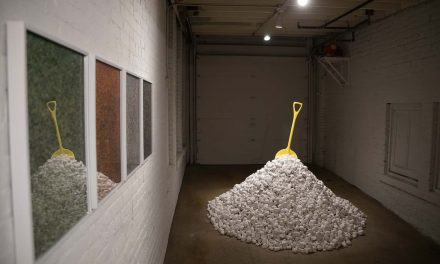