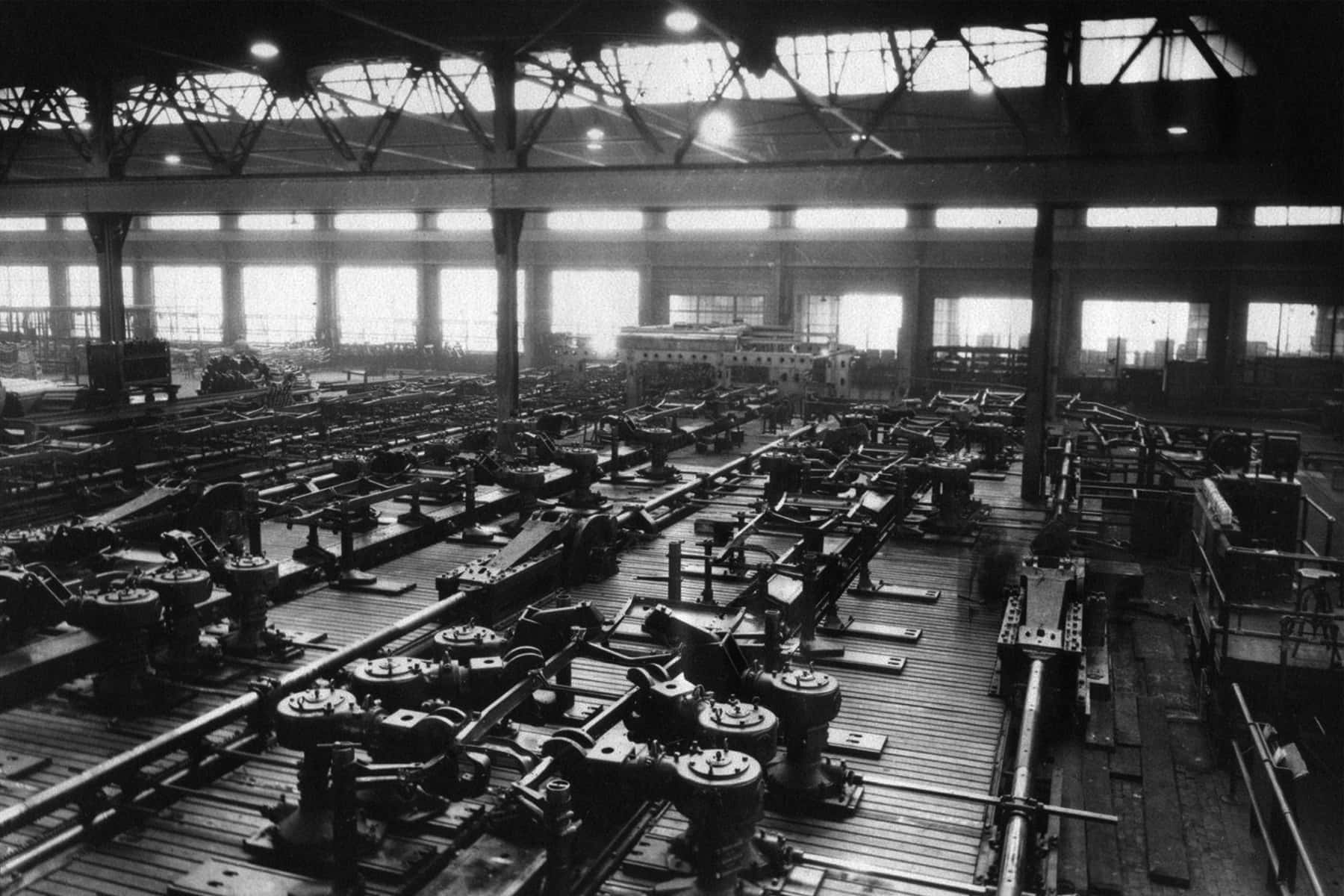 “In little more than a generation, Milwaukee has morphed from an El Dorado of unrivaled opportunity for African-Americans, and a beacon for their middle-class aspirations, to a locus of downward mobility without equal among other big U.S. cities.” – John Schimd

When my family arrived in Milwaukee in the early 1970s, the city was a beacon of hope for blacks that had fled the abject poverty of the South. The city had the seventh highest median family income for blacks in the nation. The poverty rate among blacks was significantly lower than the national average for people of color. It was a good place to live for most black people at the time.

I grew up in the 53206 zip code in the early 1970s through the early 1980s. The “inner core,” as the city once described the black section of town, changed much over the years.

The boundaries in the late 1930s of where blacks lived had expanded north and west but not to the south or east in Milwaukee. The black population branched out significantly beginning in the 1940s. Discrimination in the industrial facilities of Milwaukee was one of the greatest barriers to blacks moving to the city, in the earliest stages of the migration out of the South – known as the Great Migration.

From the 1910s through 1970s, over six million blacks fled the violence, degradation, and limited economic opportunities of the former Confederate states. They spread their wings and traveled to places around the country including the Northeast, West Coast, and Midwest. Cities like Chicago, Cleveland, and Detroit saw huge increases in their black populations, because of the industrial jobs they had to offer.

Milwaukee’s manufacturers had discriminated against blacks for decades, which ensured the city would not be a place that blacks found attractive. That changed during the Second World War. As Milwaukee factories refitted to support the war effort the need for labor exploded. Many black residents of the city began to notify friends and family members in places like Mississippi and Arkansas about the jobs that were now opening up. Those jobs provided wages that were unheard of for blacks in the South. Families of color were actively recruited to come to Milwaukee.

Although early arrivers were given work in the same menial tasks as most of the blacks in Milwaukee had been restricted to for decades, that too began to shift. As blacks gained a foothold in the foundries, tanneries, breweries, and other manufacturing firms in Milwaukee they moved into more important positions.

In the 1950s Milwaukee’s black citizens had built a thriving business and entertainment district along Walnut Street known as Bronzeville. Blacks owned grocery stores, car washes, restaurants, nightclubs, law firms, medical and dental clinics, and hundreds of other businesses along Walnut and North Third Streets. Milwaukee had the highest per capita black business ownership rate in the country. Bronzeville was demolished by the city’s urban renewal efforts prior to Interstate 43 being built.

My family moved here in 1973. I can recall as a young child seeing many men in the neighborhood leaving for and returning from work in uniforms from places like A.O. Smith, Allis-Chalmers, Pabst, Master Lock, Eaton Electric, and other similar employers. That economic vitality would not last.

According to a series written by John Schimd in the Milwaukee Journal Sentinel in 2004 called, “Still Separate and Unequal: A Dream Derailed,” the “region’s economy has been stunted and its future imperiled by a job loss worse than the Great Depression in Milwaukee’s urban center.”

Many people who look at the central city today are completely unaware of the collapse of the economy, and how it devastated the black community in places like the neighborhood I grew up in. Many other industrial centers like Chicago, Cleveland, and Detroit lost massive numbers of manufacturing jobs as well. What made Milwaukee so different for blacks was that we depended on those jobs more than in any other city. In 1970, 42.9 percent of blacks in Milwaukee worked in blue-collar jobs, a rate higher than in Detroit.

As drugs and gangs from Chicago came into the city, chaos reigned in 53206. The schools began to have less success in graduating students. Crime increased as competition for the illicit drug market spread. Because jobs were no longer plentiful, Milwaukee saw a drastic change in its black communities. Crack cocaine crippled the lives of many. Our local, state, and national leaders decided to deal with the healthcare crisis of addiction in the black community by locking people up – unlike the push to provide treatment for opioid addicts today who are mainly white.

Although blacks had no ownership stake in the industrial plants that brought them to the city, they have been blamed for what was left in the wake of the disinvestment process. By the year 2000 the fortunes of blacks in Milwaukee had made a 180-degree reversal as a result of employers leaving the central city.

Professor Mark Levine described the economic condition of the central city as a “stealth depression” in a 2003 study. The economic boom of the 1990s had waned and left a huge disaster for black men in particular.

Beginning around 1996, the unemployment rate in Milwaukee was moving in the opposite direction of the national average. Milwaukee’s job decline began to consistently surpass the national average. According to the report, “despite the economic boom of the 1990s, by 2003 the unemployment rate in the city of Milwaukee (9.3 percent) was significantly higher than it was in 1990 (5.7 percent), before the boom began.” However, deindustrialization was not the only factor in the collapse of Milwaukee’s economy. According to Levine, “Milwaukee’s economy stopped producing enough jobs of any type to keep unemployment among city residents from rising.”

The recession following the 9/11 attacks was followed by the Great Recession and housing crisis in 2007. Job losses, and foreclosures became the norm for black Milwaukee. There were 304,155 jobs in Milwaukee in 2008. By the following year that number dropped to 279,705. Losing over 24,000 jobs in less than a year increased the despair within the city. By 2011 the number of jobs recovered to 300,054 but dropped again by 2013 to only 282,237. That roller coaster ride impacted the black community, as well as the Latino communities in Milwaukee. Levine explained that “between 1995 to 2000, when the employment situation for city of Milwaukee residents began to deteriorate, all of the net job growth in metropolitan Milwaukee occurred in the suburbs.”

Whites, who often complain about the city of Milwaukee, seem to have no problem making money in the city and taking it out to their comfortable suburban communities where few black, Asian, and Latino people live.

If one is to understand the 53206 zip code area and its residents, it is imperative that the shifts in the economy of the city be taken into account. The City of Milwaukee has lost 105,136 manufacturing jobs since the black population started to rise in the 1940s. Our suburbs, which initially saw industrial jobs grow, have lost 30,469 of those jobs since 1963. Only the WOW Counties (Waukesha, Ozaukee, and Washington Counties) have gained these jobs, having 44,525 more than they had in 1963.

What is happened to Milwaukee has and continues to happen to smaller majority white towns across the country, to a lesser extent with the same negative situations arising. Yet the people in those places are not blamed or shamed for their economic collapse.

“When you deindustrialize white towns, you see the same phenomenon. Earnings fall. Marriage rates go down. Out-of-wedlock birthrates rise. You see the same behavior as you would in what we normally attribute as the urban underclass.” – Andrew Sum, Northeastern University A Dream Derailed Series

It is time the City of Milwaukee worked to provide more jobs with higher wages for residents of the central city. A minimum wage of only $7.25 per hour is a major reason for the high levels of poverty in the area. We have been told that education is the key for blacks success. But that belief has been confirmed as a fallacy, by the unbelievable series of statistics shared by Mark Levine’s latest report “Milwaukee 53206: The Anatomy of Concentrated Disadvantage.” 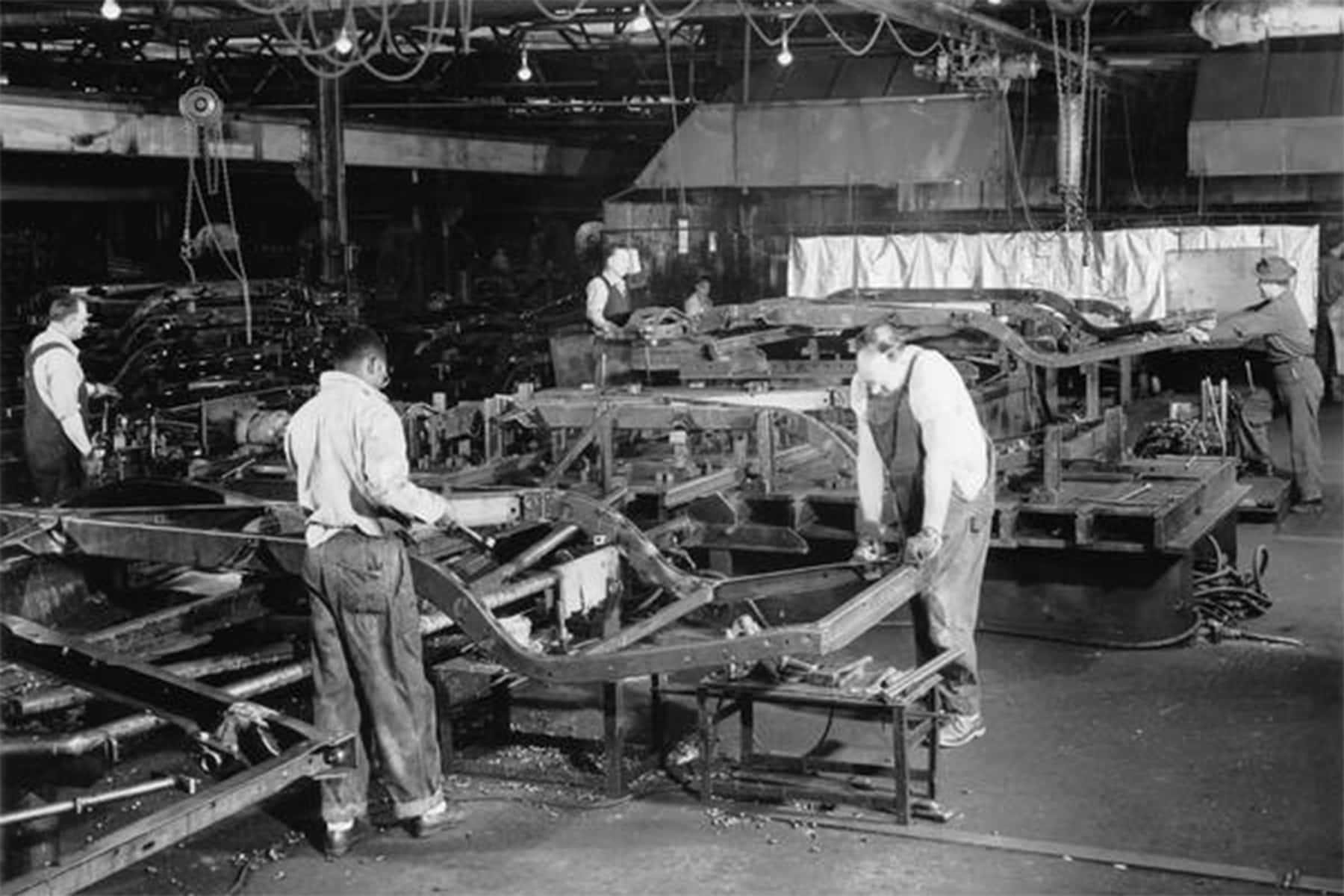 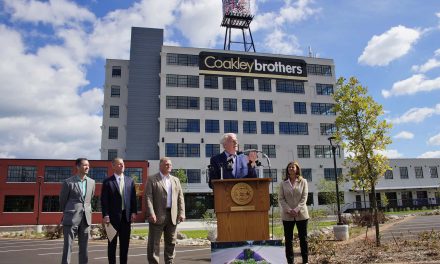 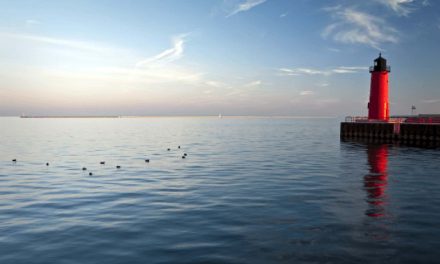 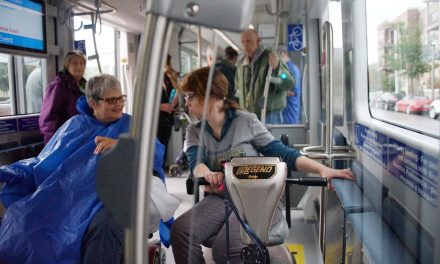 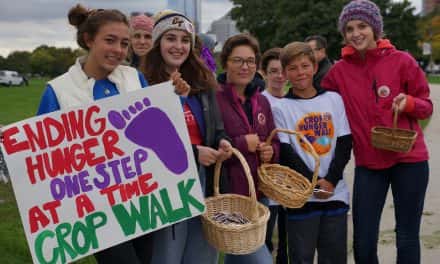 Photo Essay: Crop Walk aims to end hunger one step at a time