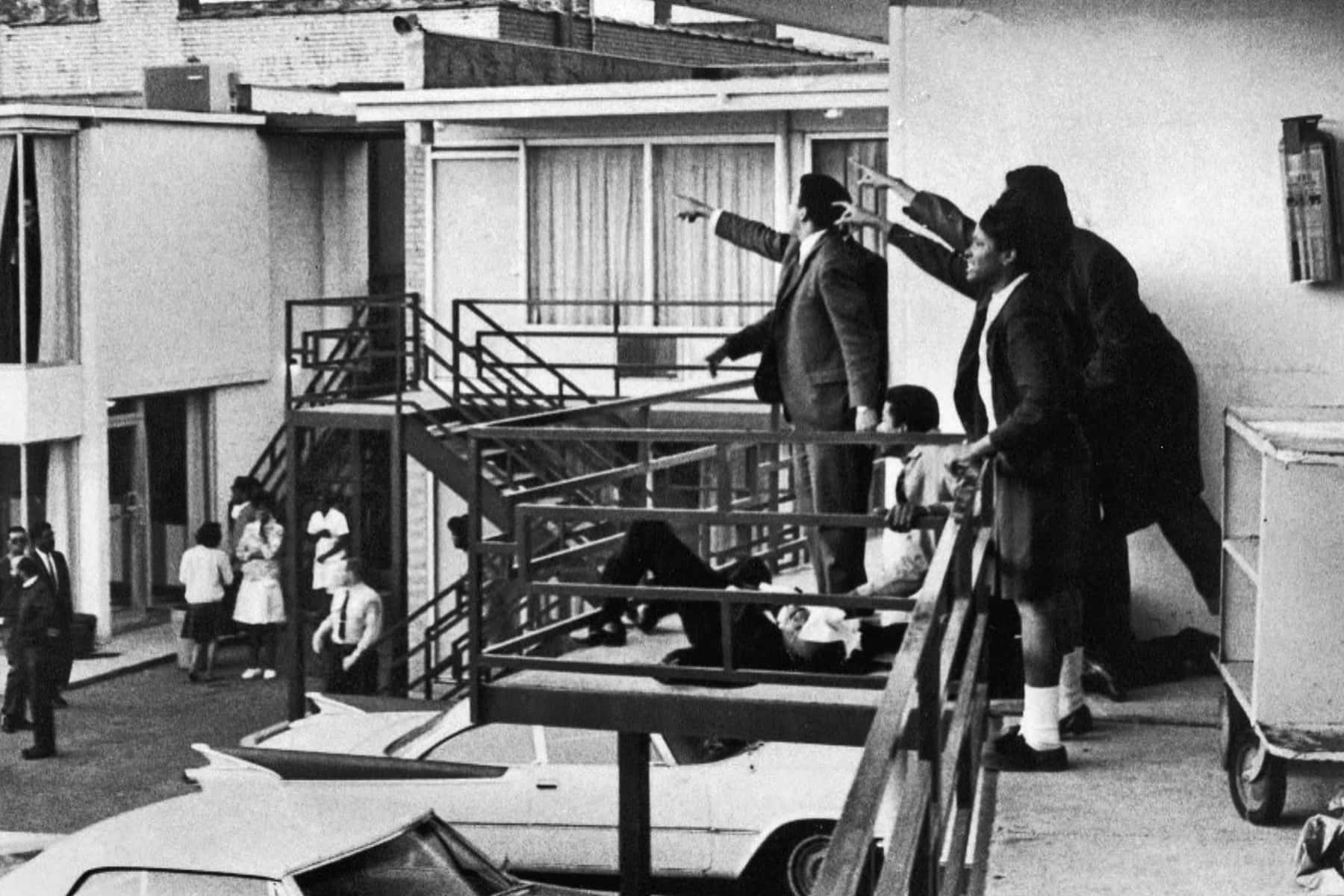 Many commentaries have compared this summer’s upsurge of anti-racist demonstrations after the killing of George Floyd to the nationwide outbreaks after the assassination of Martin Luther King on April 4, 1968.

Mainstream media then reported “riots” across the nation in mostly Black communities. But there was also an upsurge of concern and action in some predominantly White communities. I know. I was there. Marquette University had claimed to be the largest Catholic University in the world, and was one of the most conservative. It then had maybe 75 black students, predominantly athletes, and no African-American professors.

In 1967-68, a few dozen committed Black and White launched a year-long campaign to challenge institutional racism at Marquette. Escalating actions included a surreptitiously planned sit-in and a bread and tea fast throughout Lent – asking the broader MU community to pay attention to the racial disparities surrounding them and to consider taking action.

We suggested over a dozen concrete actions, offer at least one course in Black history, hire some Black faculty, institute a scholarship program so that some of the youth who lived around the university might actually have a chance to attend it, etc., etc. but the administration was tone deaf.

Then came spring break. Dr. King was assassinated while in Memphis supporting a strike of garbage workers. When the MU community returned to campus, a packed crowd in the student union ballroom heard Father James Groppi and NAACP commandos describe racism in the city and country. The next day, to everyone’s surprise, some 1500 people did in fact “Respond” to our call show up and support our demands. The entire student union was surrounded as the faculty and trustees dined inside. Over 100 students then sat down, blocking the main entrance, and indicated that this was now the time to really start negotiations.

Threats, ultimatums, and civil disobedience followed, including a few arrests. Backed by the mass resignation of MU’s Black students — destroying for a while its all star basketball team — and similar faculty promises, the resulting negotiations eventually did bear fruit: the Educational Opportunities Program, a national model, under the leadership of newly hired Arnold Mitchum, who taught MU’s first Black history course.

But when the next school year began, in the fall of 1968, and students were invited to hear about the results of the movement they had once strongly backed, we were basically down to the same numbers we began with. What can we learn from this?

It is heartening to see over 100 days of marches in the Milwaukee area supporting Black lives, by thousands of mostly young people: Black, White, and Latinx. My great fear is that just as in 1968, mass support among White people may be all too temporary.

I am convinced that, while it is possible to motivate many well meaning people temporarily based on their general belief in justice – or feelings of guilt, a sustained movement of large numbers of White people requires them to understand that overcoming societal racism is in their own self-interest. This is a message rarely heard.

It should not be too hard to see that the U.S. is indeed “exceptional” in many ways that do not benefit the majority of our population. We spend billions more than the next 10 nations combined on our military to police the world, but uniquely cannot guarantee healthcare as a right for our own people. The top 1% of our population now owns more than the bottom 90% combined. Crime and anti-social behavior related to poverty are used to justify an enormous prison industrial complex, so that with only about 4.4 percent of the world’s population, the U.S. held 21% of the world’s prisoners in 2015.

The city of Milwaukee spends more on the police than its entire tax levy income, and vastly more than on health, libraries, housing or neighborhood development. The U.S. does not mandate paid medical leave, nor even vacations – unlike virtually all other industrialized nations. Fear of crime – and of the “other” – is widespread, and trumps the solidarity and unified political action needed to guarantee reasonable benefits for all our working people that other peoples enjoy. If we weren’t divided by color and fear, our reality would be much different.

Indeed the concept of “Whiteness” was developed in colonial Virginia after Bacon’s Rebellion in 1676 showed that indentured servants and others who worked and socialized together over color lines could also rebel together, threatening the control of the economically powerful who needed their labor. Better to have them divided by racializing slavery, making it hereditary for Blacks, and convincing Whites their interests were different and that Blacks were both a threat and deserved to be subjugated.

Much of the corporate sponsored and funded trainings, like from Ford, Carnegie, and the Rockefeller foundations, identify very real and significant examples of Black oppression and exploitation, as well as examples of micro-aggression;. But the analysis often seems to stop there. The impact can rather predictably be to leave White people with the understanding that racism is in their self-interest – materially at least. Then they are somehow supposed to commit to work to overturn it. That is unlikely to result in broad and sustained anti-racist action, nor of uniting Whites with people of color – based on the actions of White people effectively challenging racism. Even sincere actions based on guilt, by the smartest of people, are not always rational.

Dear White People: Actions to challenge racism are not acts of charity. Combating and hoping someday to eliminate racism is necessary for our own liberation and it is in the self interest of the vast majority our people: to live in a society which is both economically and socially just, with a minimum of fear and a maximum of love and solidarity, using our society’s limited resources to improve the health and welfare of all people and not for prioritizing militarization, violence, or imprisonment.

Though sometimes ignored and rarely stressed in many anti-racism sensitivity trainings designed to identify and challenge “White privilege,” the self interest of all working people, most of them White, in minimizing racism has been a basic message of virtually all leading African-American figures.

Obama cited this in his farewell address in Chicago at the end of his term. Martin Luther King raised this to his White jailer in Alabama. Fannie Lou Hamer stated this directly when she testified to have the Mississippi Freedom Democratic Party seated at the DNC in 1968, and was asked if she was seeking equality with the White man. “No,” she said. “What would I look like fighting for equality with the White man? I don’t want to go down that low. I want the true democracy that’ll raise me and that White man up … raise America up.”

We do not know exactly what motivated over 25 Milwaukee Turners who gave their lives in the U.S. Civil War to save the union and end chattel slavery in the United States. Like Karl Marx and Friedrich Engels – who fought under the founder of the Milwaukee Turners in the democratic 1848-49 revolution in Germany, they were forced into exile as Wisconsin became a state.

But many probably agreed with what Marx later wrote that “… every independent workers’ movement was paralyzed as long as slavery disfigured a part of the republic. Labor in a White skin cannot emancipate itself where it is branded in a Black skin.”

How can we help White people today understand that a safe, stable, and prosperous society for all of us requires defeating the worst forms of racism? 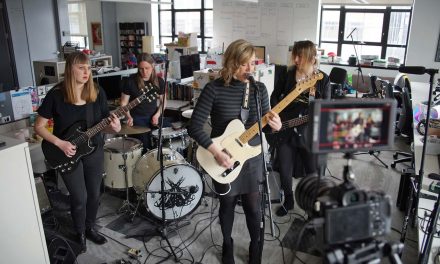 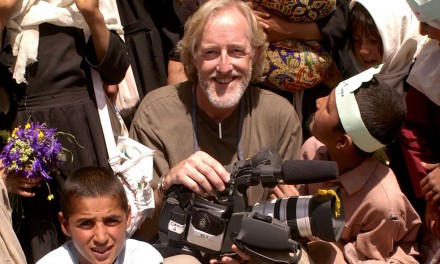