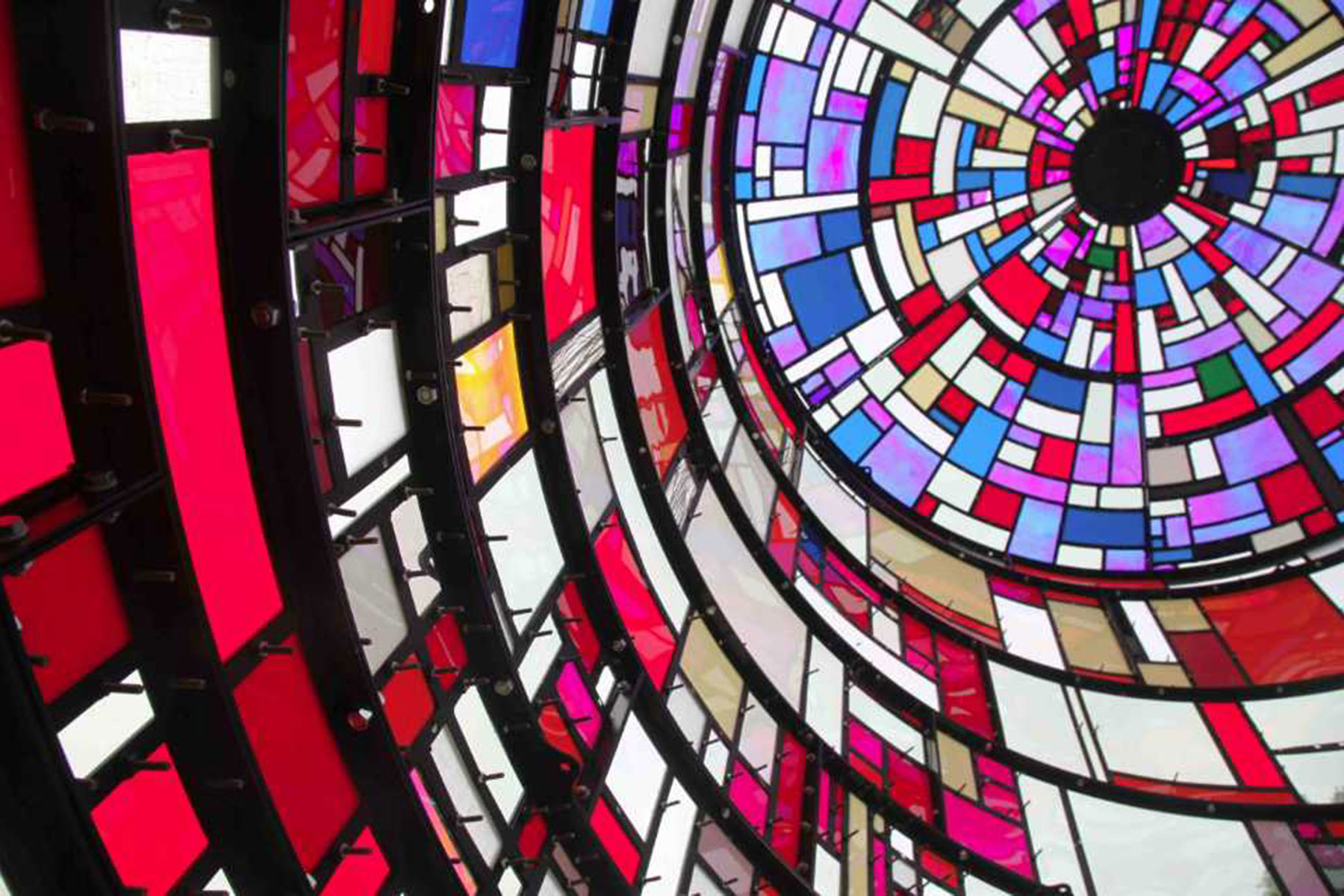 Coakley Brothers is bringing back its iconic rooftop water tower with a colorful, contemporary replica to pronounce the “gateway” to Walker’s Point and the growing design district.

Coakley Brothers has commissioned internationally-renowned, Brooklyn-based artist, Tom Fruin, to construct one of his signature mosaic sculptures of art at its 400 S. 5th Street business headquarters. The public installation project is part of Coakley’s $6 million building renovation which launched this summer and is seeking final BOZA committee approval.

The art installation reinforces Coakley Brothers’ dedication to the city of Milwaukee, and anchors its presence in the Milwaukee design community. While the company is well known for its commercial relocation, facility management, and self-storage services, it has seen tremendous success with the launch of its office furniture and business interiors design division, Brothers Interiors, which launched in 2012.

The move has lead Coakley to become “the official office furniture dealer” of the Milwaukee Bucks, as well as the state’s sole dealer and showroom for the West Elm WORKSPACE with Inscape line.

It was during meetings with West Elm in Brooklyn where Brothers Business Interiors owner Peggy Coakley first discovered Fruin’s work. She was driving through the borough when she spotted one of Fruin’s “Watertower” pieces on top of a building.

“My mouth dropped and I had my driver pull over to get a better look,” Coakley said. “The beauty of the piece was striking. I immediately thought of our own watertower base on top of our building and the possibility of putting one of these on our rooftop for the city of Milwaukee. I knew I needed to find the artist and bring this home to Milwaukee.”

The Coakley watertower art project extends Fruin’s internationally acclaimed Icon art series. Similar to Fruin’s previous artworks, the soaring sculpture will crown the building and feature salvaged plexiglass, plastic and steel arranged in a chromatic patchwork pattern. The inspired design provides a unique, kaleidoscopic adaptation of the water towers that heavily punctuated the American urban skyline throughout the 20th century, including at this Coakley Brothers headquarters.

“Like the city, this piece is dynamic: a riot of color and vibrancy,” explained Fruin. “ In a way, the sculpture is inspired by the city. It’s a gift to the city. To have an opportunity to work at this size and scale is a dream come true.”

Coakley says the prismatic water tower will certainly be hard to miss.
In the daytime, the sculpture’s multicolored panes will illuminate with the sun. At night, the sculpture will be lit to transform into a beacon of light from its central post in the Walker’s Point neighborhood.

Prime viewing locations for the artwork include Interstates 94 and 43; the archway of the Daniel Hoan Memorial Bridge; and from various points around downtown.

“You’ll get a glimpse of the watertower sculpture from nearby backyards and peaking out over factories — it’ll brighten your commute when seen from the freeways,” Fruin said.

Coakley hopes the public will see the sculpture as a symbol of pride for the city’s diverse and vibrant citizens and a symbol of how neighborhoods and cities can be progressive and forward-thinking, while still being true to their roots.

Upon a BOZA committee approval, the watertower installation will be commemorated with a formal evening lighting debut. Tom Fruin works in Brooklyn, NY. His work is a part of many international museums and collections. 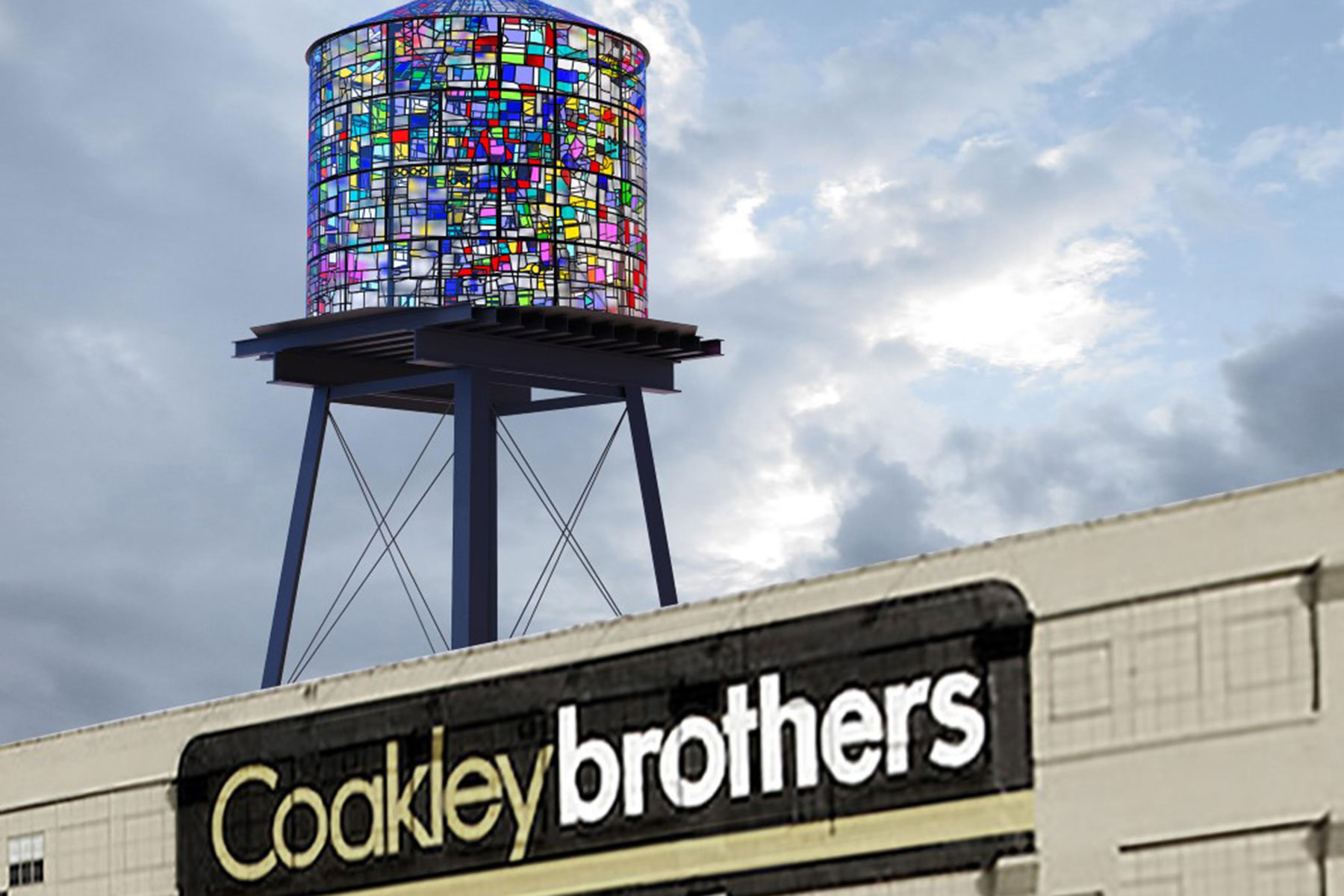 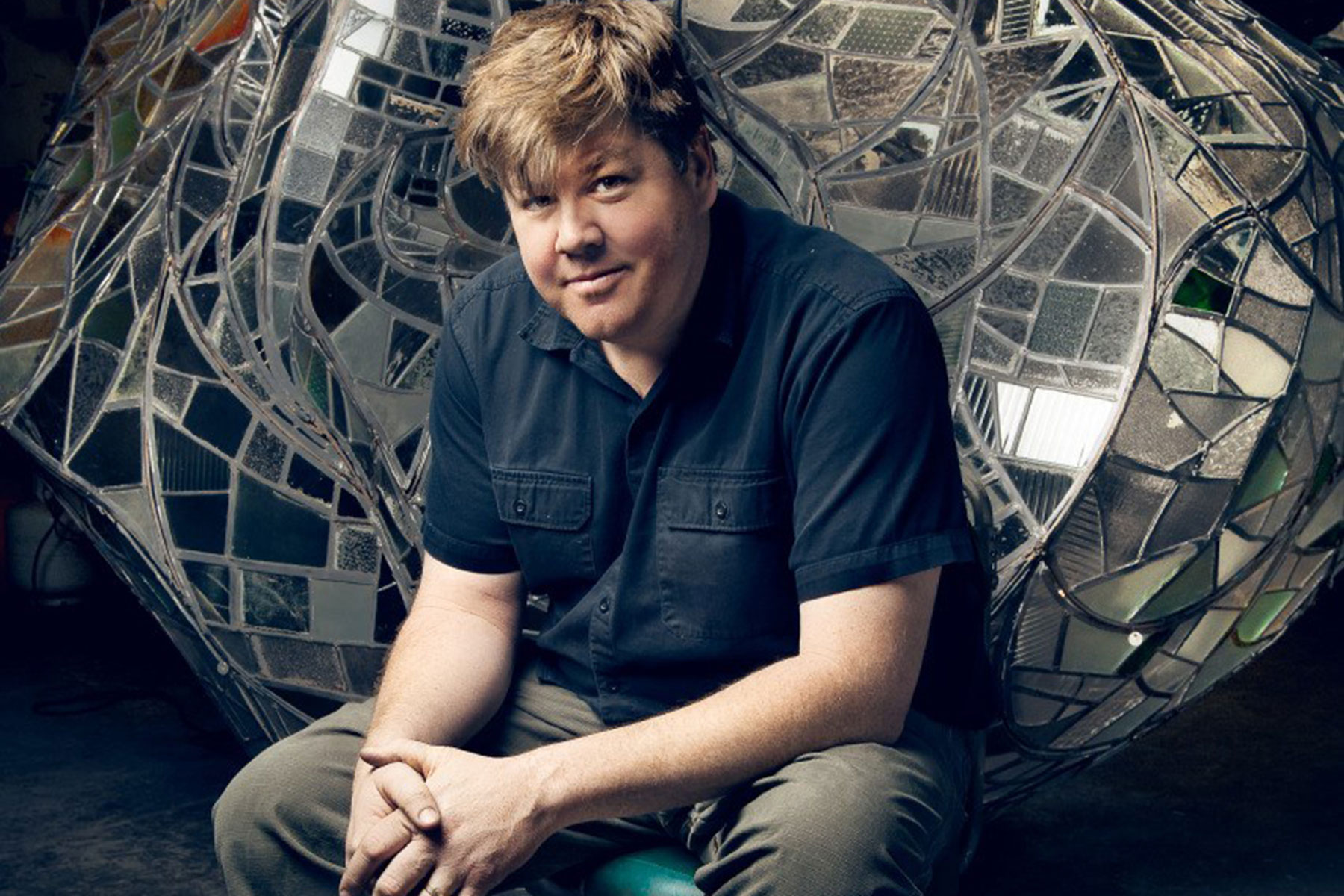 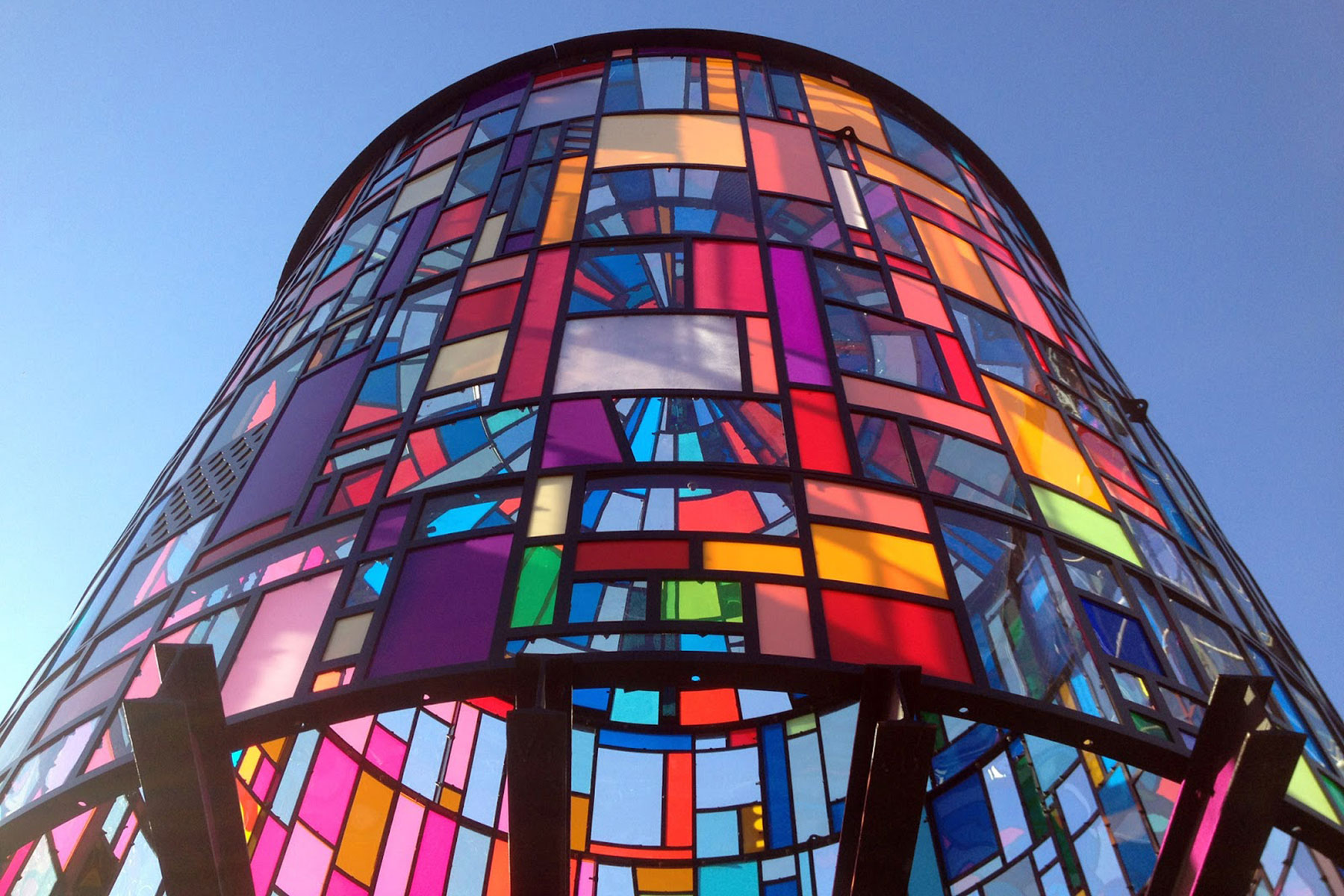 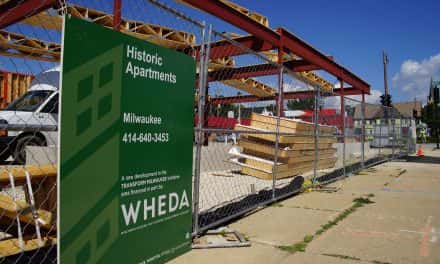 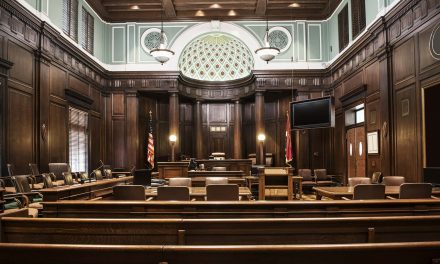 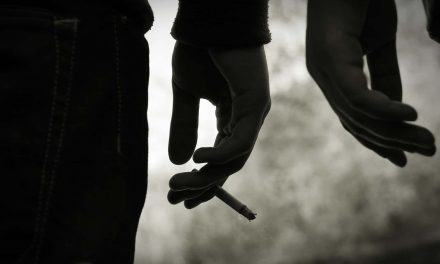 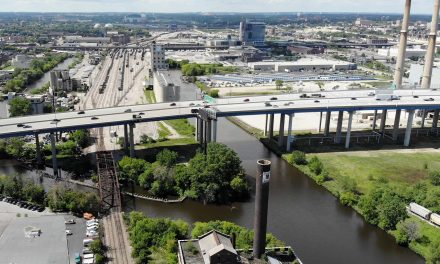