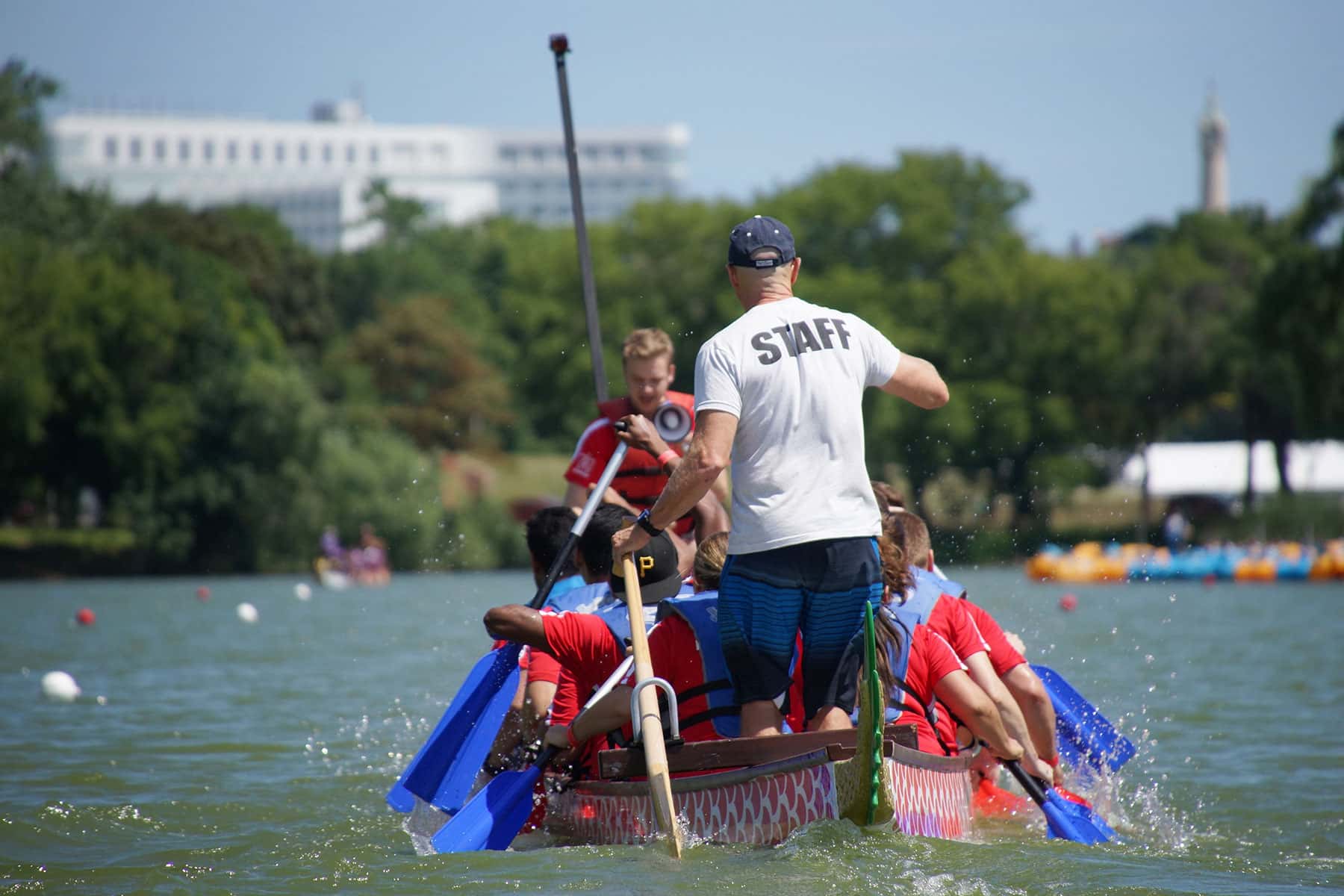 In a city of festivals, the Dragon Boat Festivals stands out for its culture-inspired competition and embrace of diversity.

Fifty teams, from some of the area’s largest companies, participated in the 2016 Milwaukee Dragon Boat Festival that challenged them to race across the lagoon waters of Veterans Park on July 30. Known as the Duanwu Festival, a traditional holiday that originated in China, the celebration involved eating and racing boats decorated as the ancient mythical beast.

The festival has more than tripled in size since the Milwaukee Chinese Community Center began the event in 2012 with 14 teams. Between the race and entertainment, several thousand people were estimated in attendance along the lakeshore.

“Our mission is to showcase a variety of Chinese culture and traditions,” said MCCC President Yi Wan. “This festival offers an authentic Chinese experience for the entire family.”

Throughout the event there were performances in traditional dance, Chinese folk music, and Martial Arts. Recreational activities included traditional crafts and lessons to speak and write Mandarin.

“I’m proud to live in a community and to work for a company that celebrates diversity by passing on important traditions from our various cultures,” said Ken Leis, Rockwell Automation’s Lead Dragon Boat Coordinator.

South Korea’s registration of the Gangneung Danoje Festival on UNESCO’s Intangible Cultural Heritage List in 2005 ignited a heated debate over the festival’s origin. China applied to the United Nations Educational, Scientific and Cultural Organization four years later with its own claim. The Dragon Boat Festival is believed to have originated more than 2,500 years ago to commemorate patriotic poet Qu Yuan (278BC – 340BC) during the Warring States period.

“I feel proud to be included in the dragon boat race and share the experience with our Asian community,” said Rahul Dubey, a member of the Sikh Temple in Oak Creek. “I want to give the same love and support that we got from neighbors after the Sikh temple shooting, where six people including my godfather lost their lives because of their identity and race. This event is all about learning from different cultures, finding the similarities, and respecting the differences. Understanding other faiths and their ethnic backgrounds helps spread awareness and removes ignorance, which makes Milwaukee a better place for all us and our next generations.”

The Dragon Boat Festival combined the tradition of ethnic and cultural festivals in Milwaukee with employee involvement. The 21-member boat teams were mostly comprised of co-workers who had little previous experience paddling oars. The pounding drum from each boat set the rowing pace, and intensified the competitive spirit along the course.

The Racine Dragon Boat Club’s team, Arashi-Pilot Freight Services, won the 2016 competition, with proceeds from the event going to the Ronald McDonald House of Milwaukee. 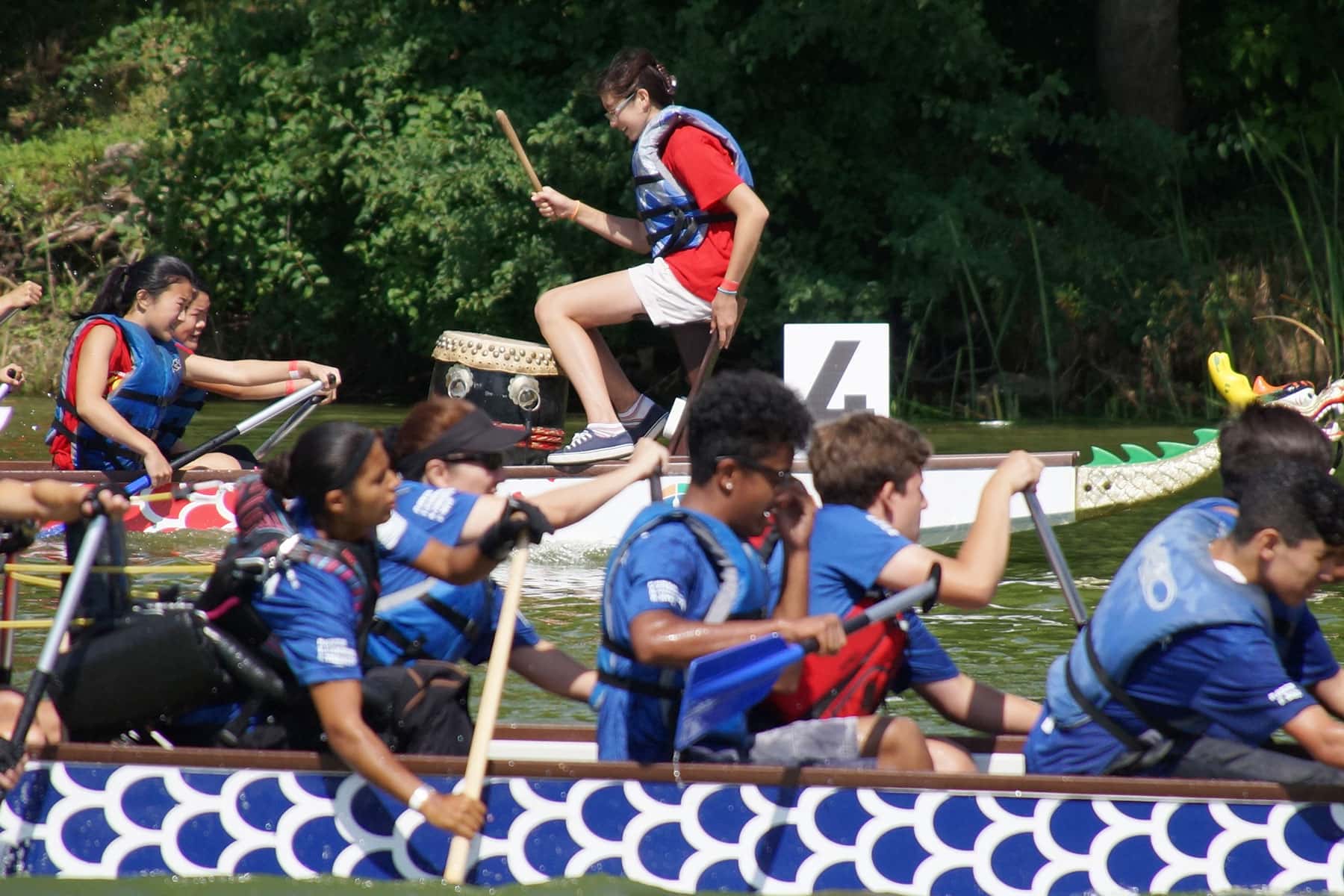 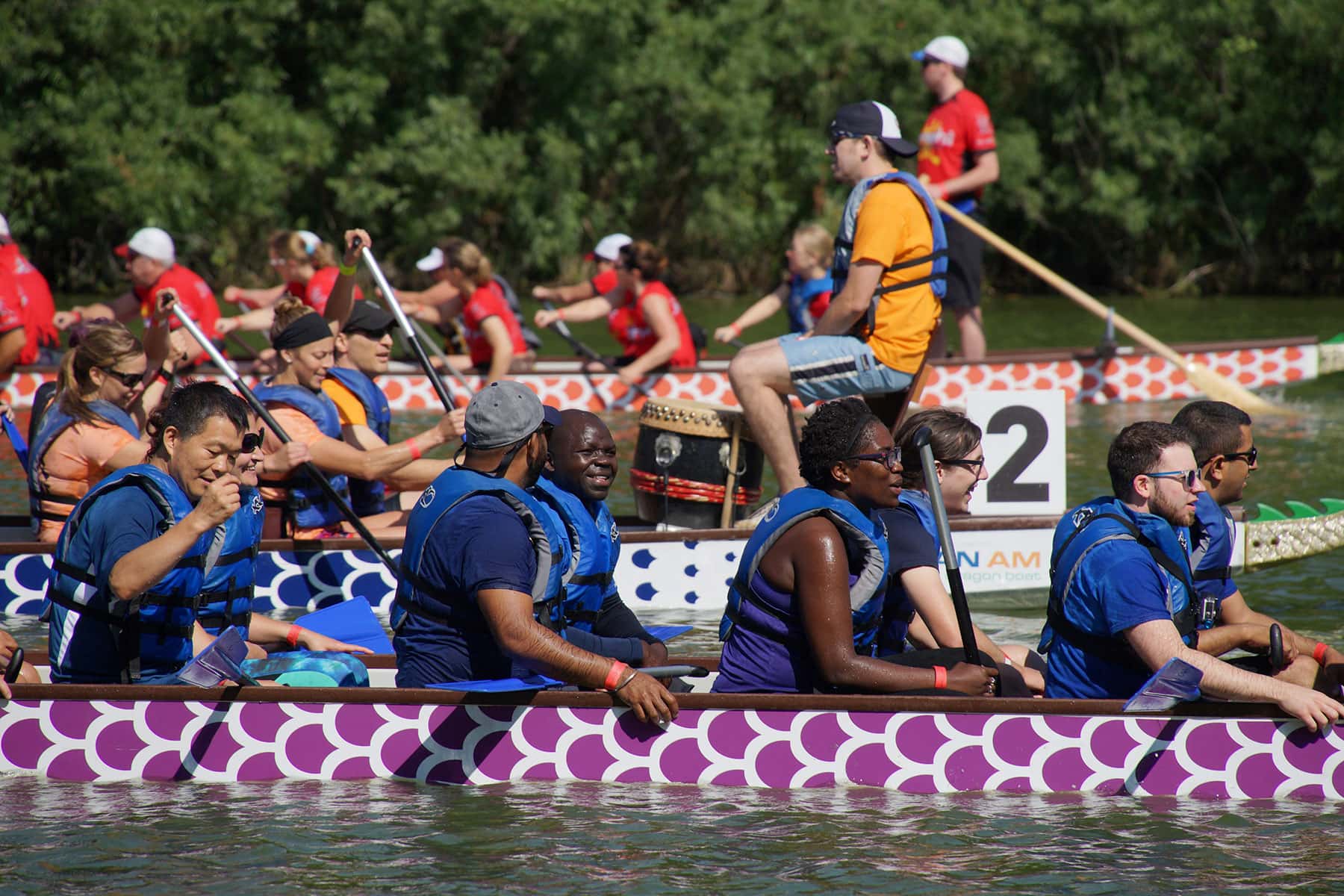 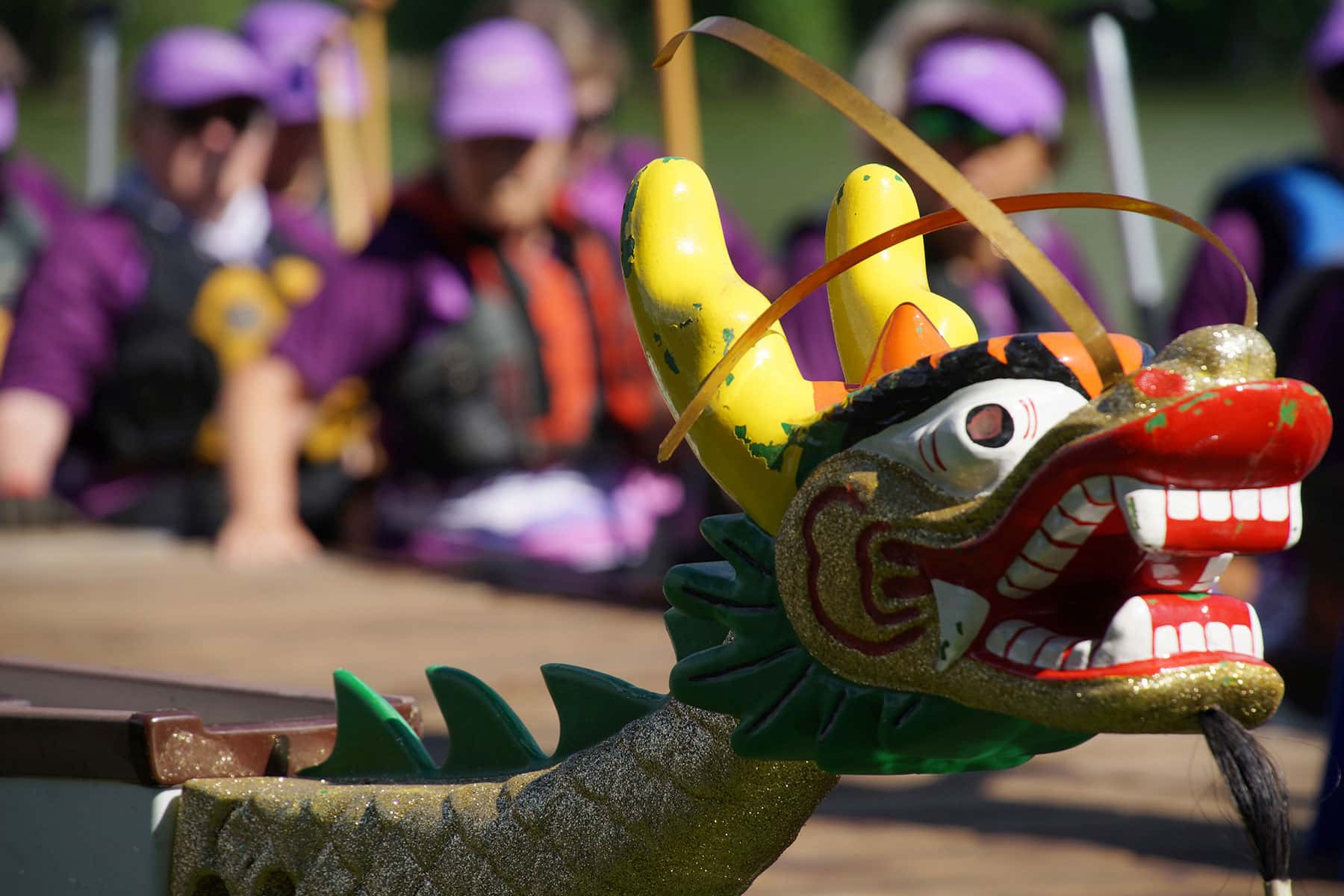 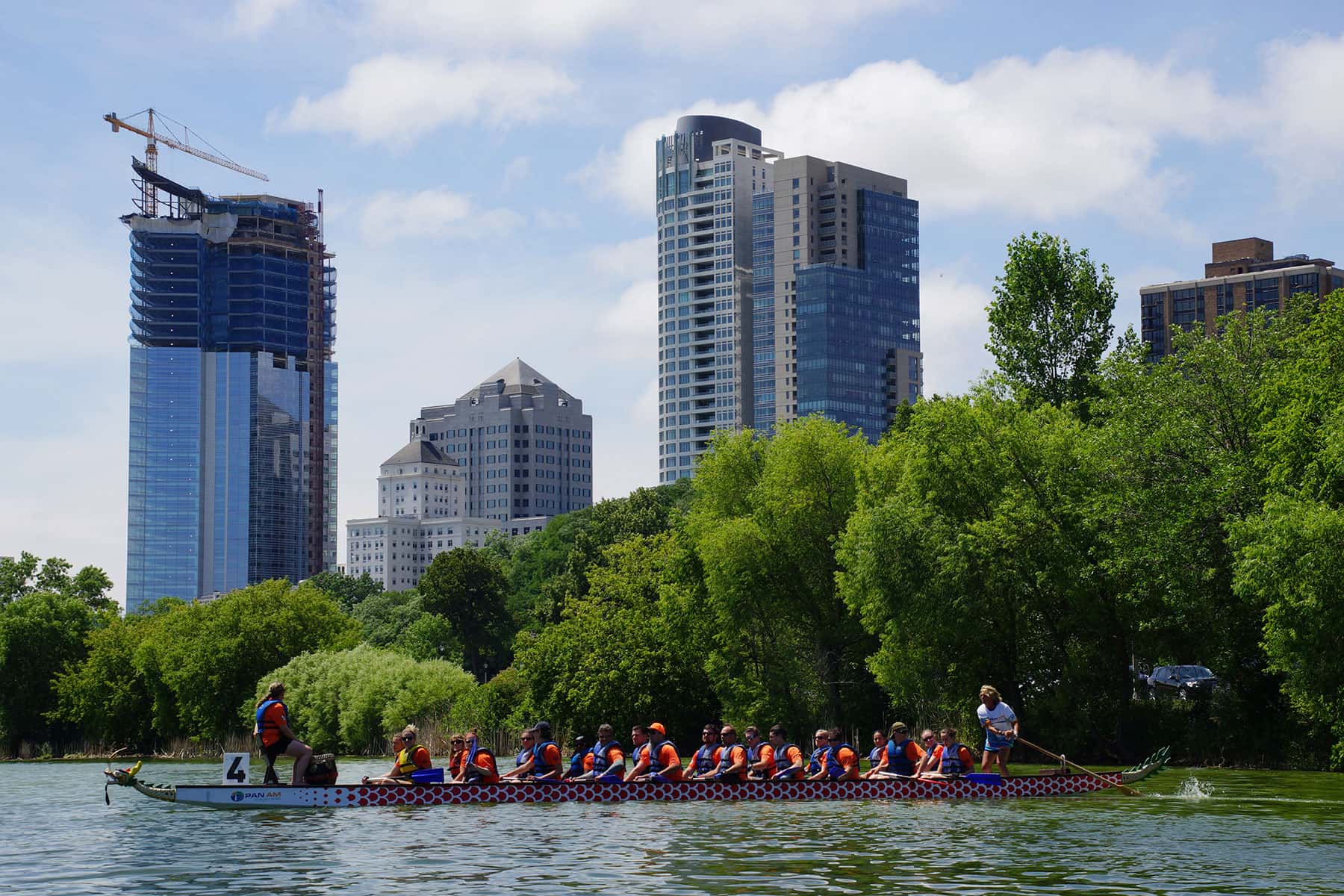 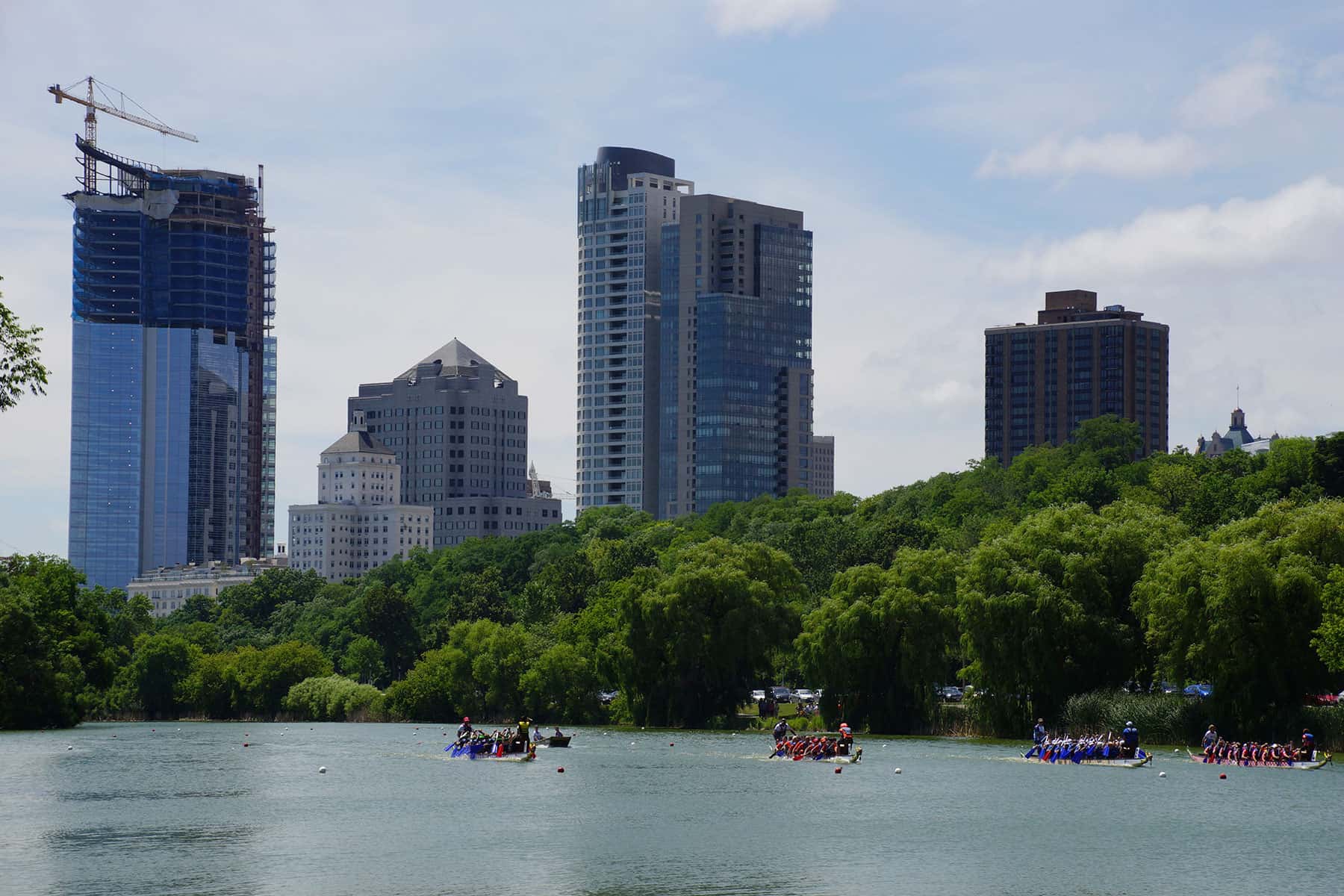 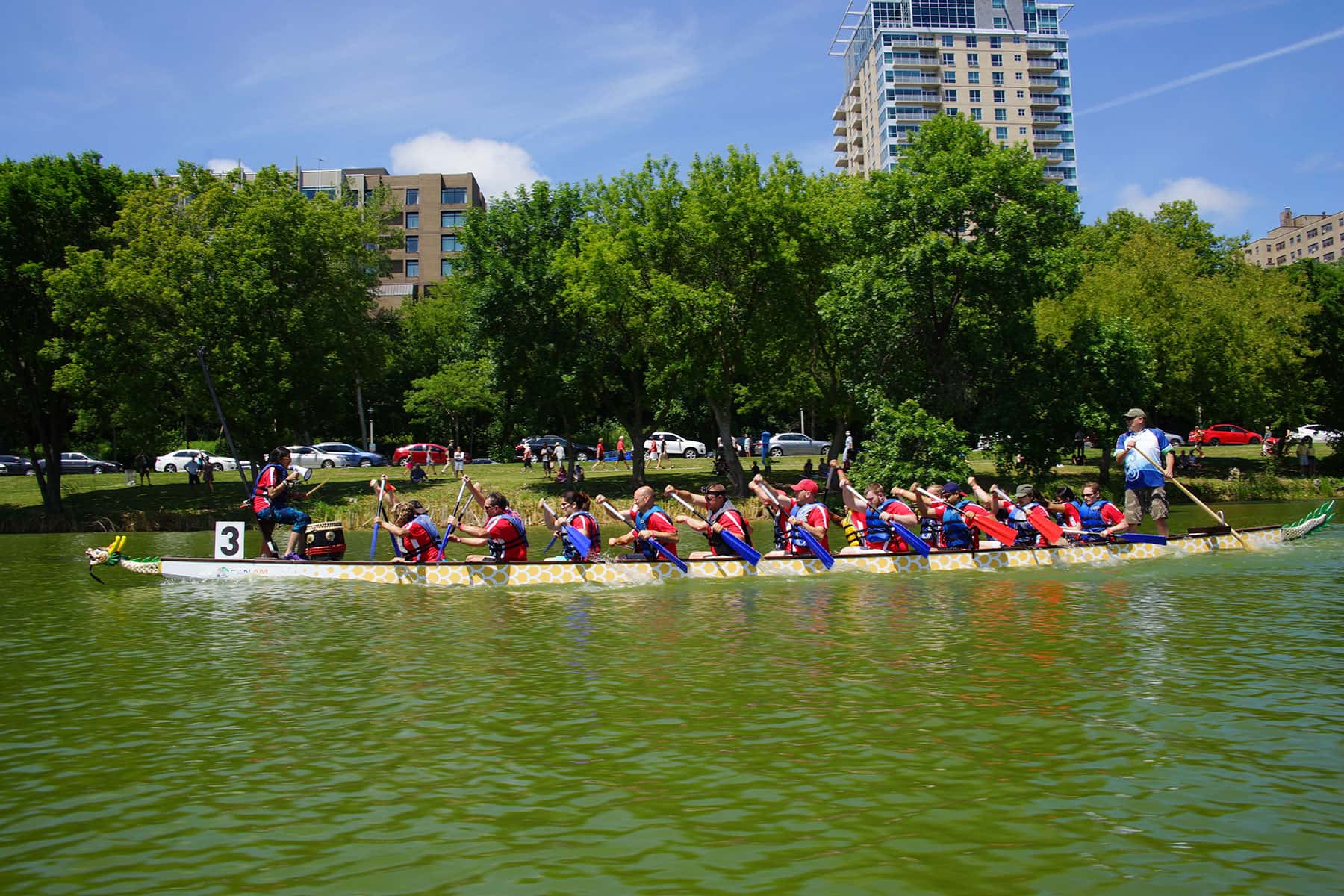 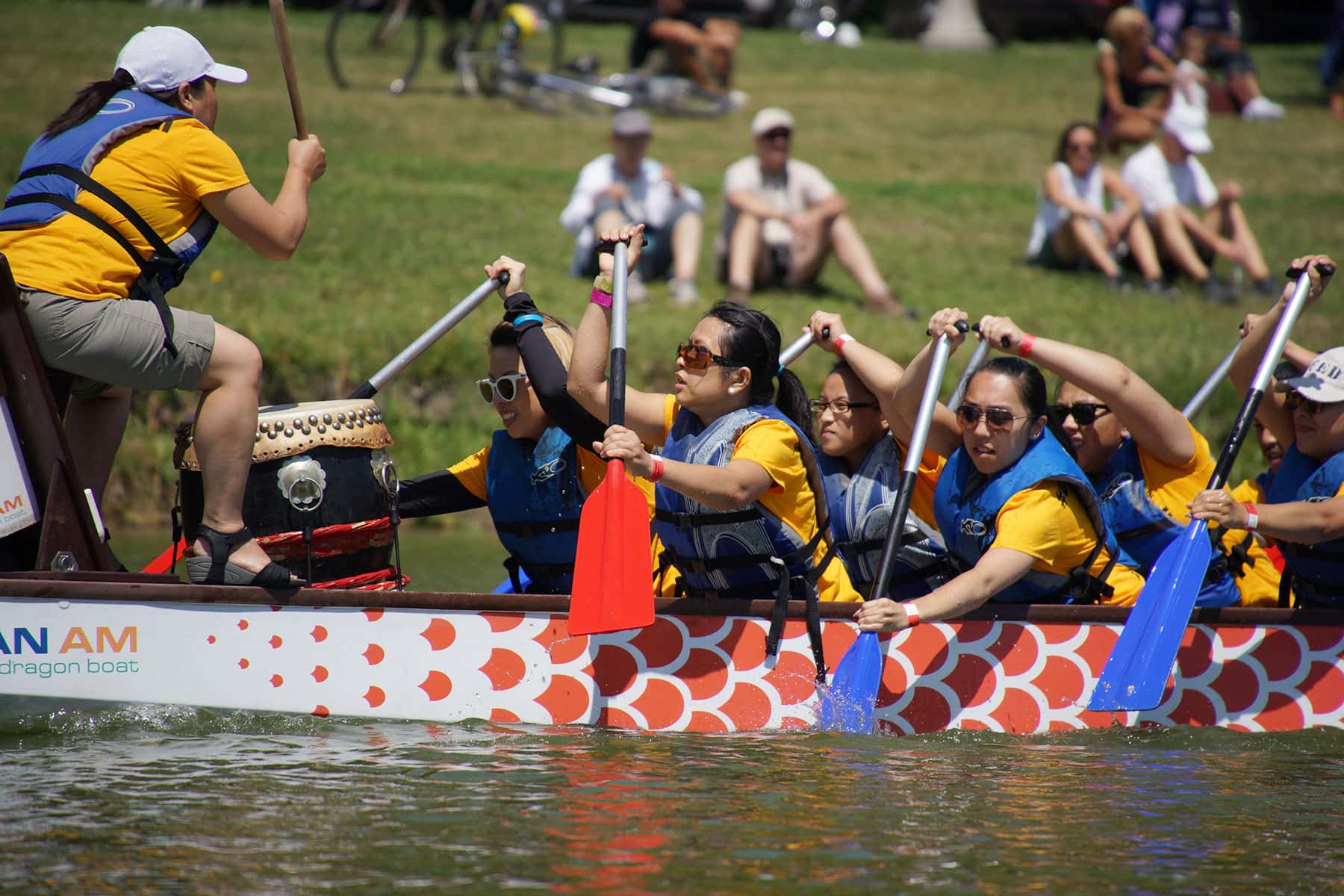 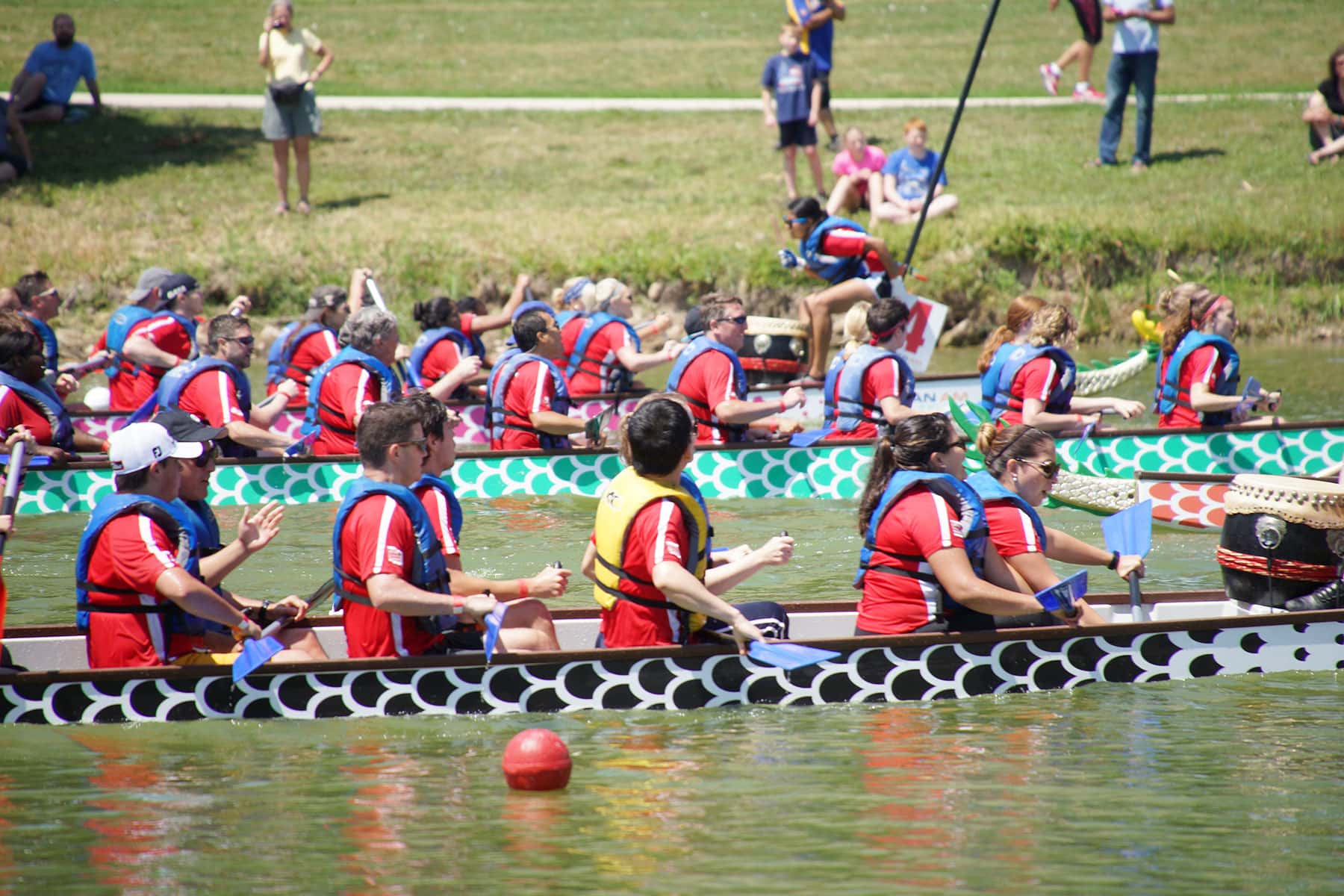 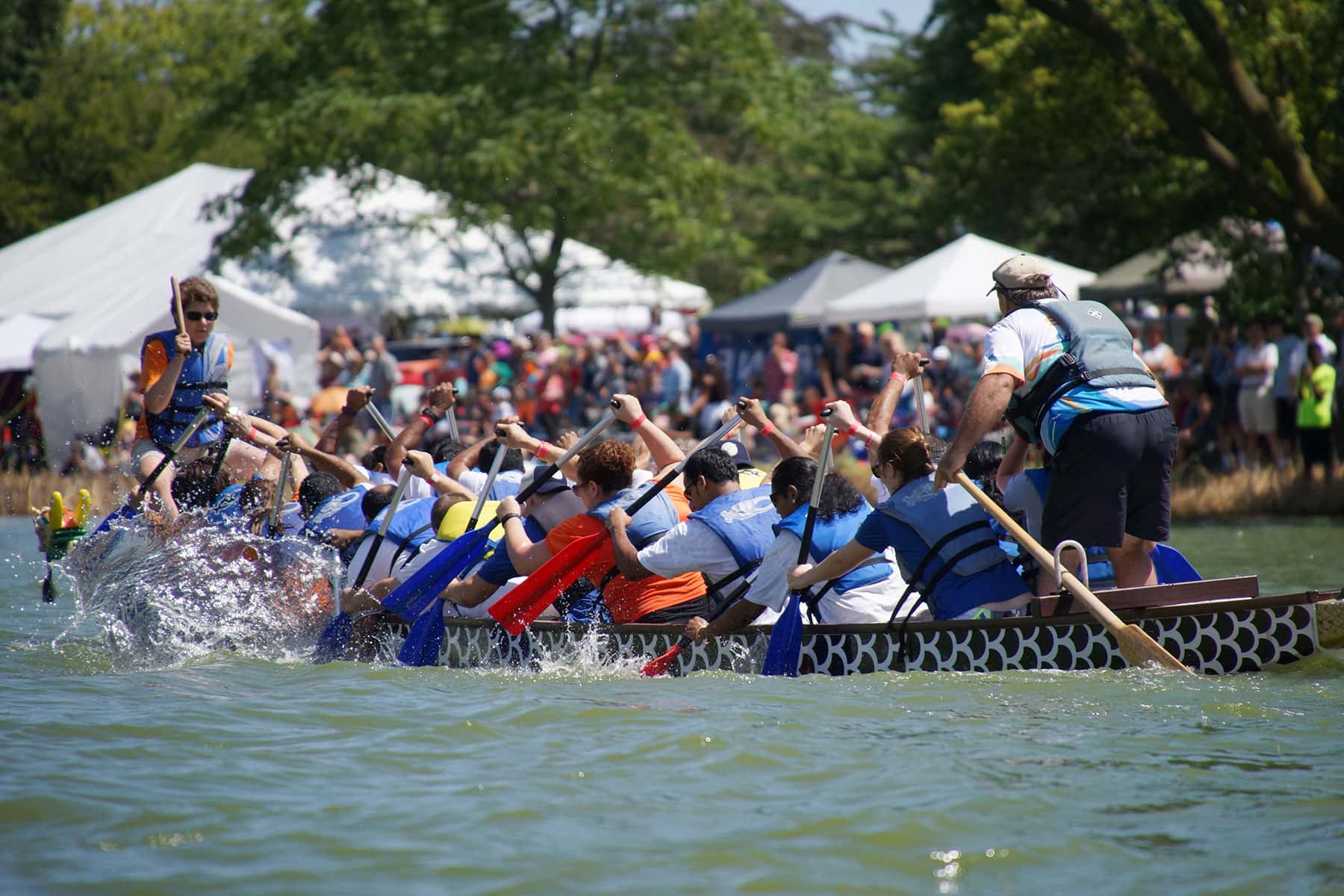 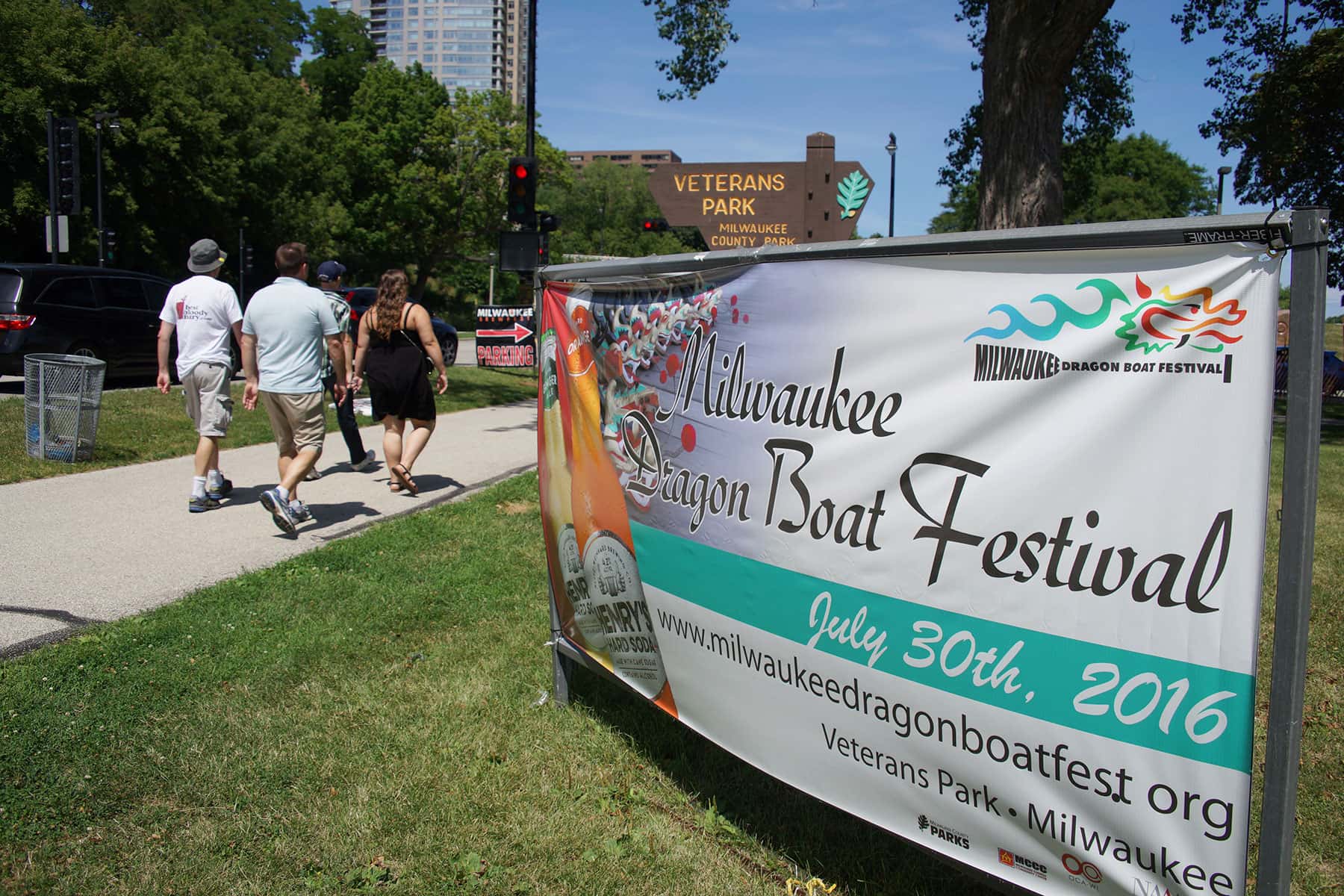 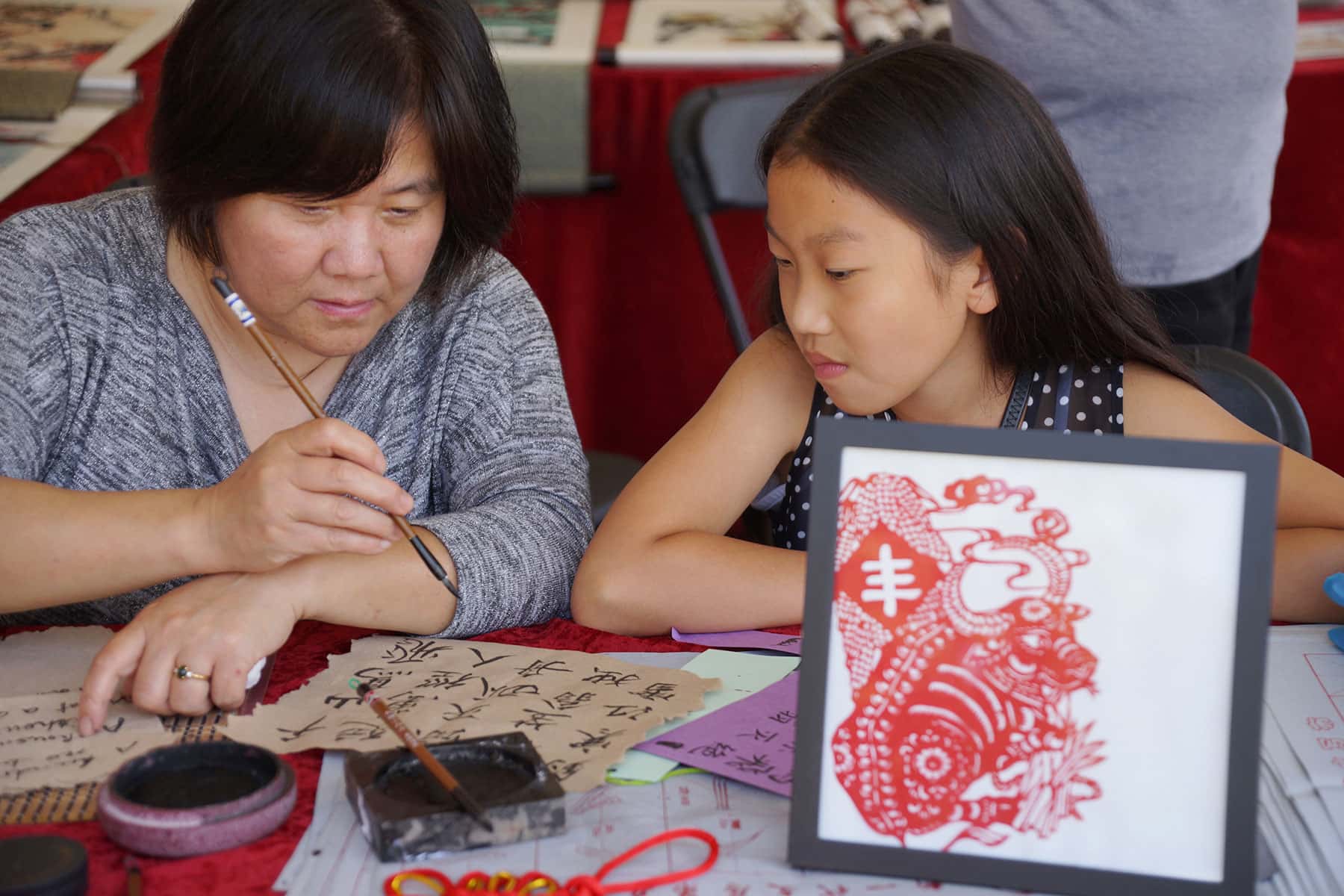 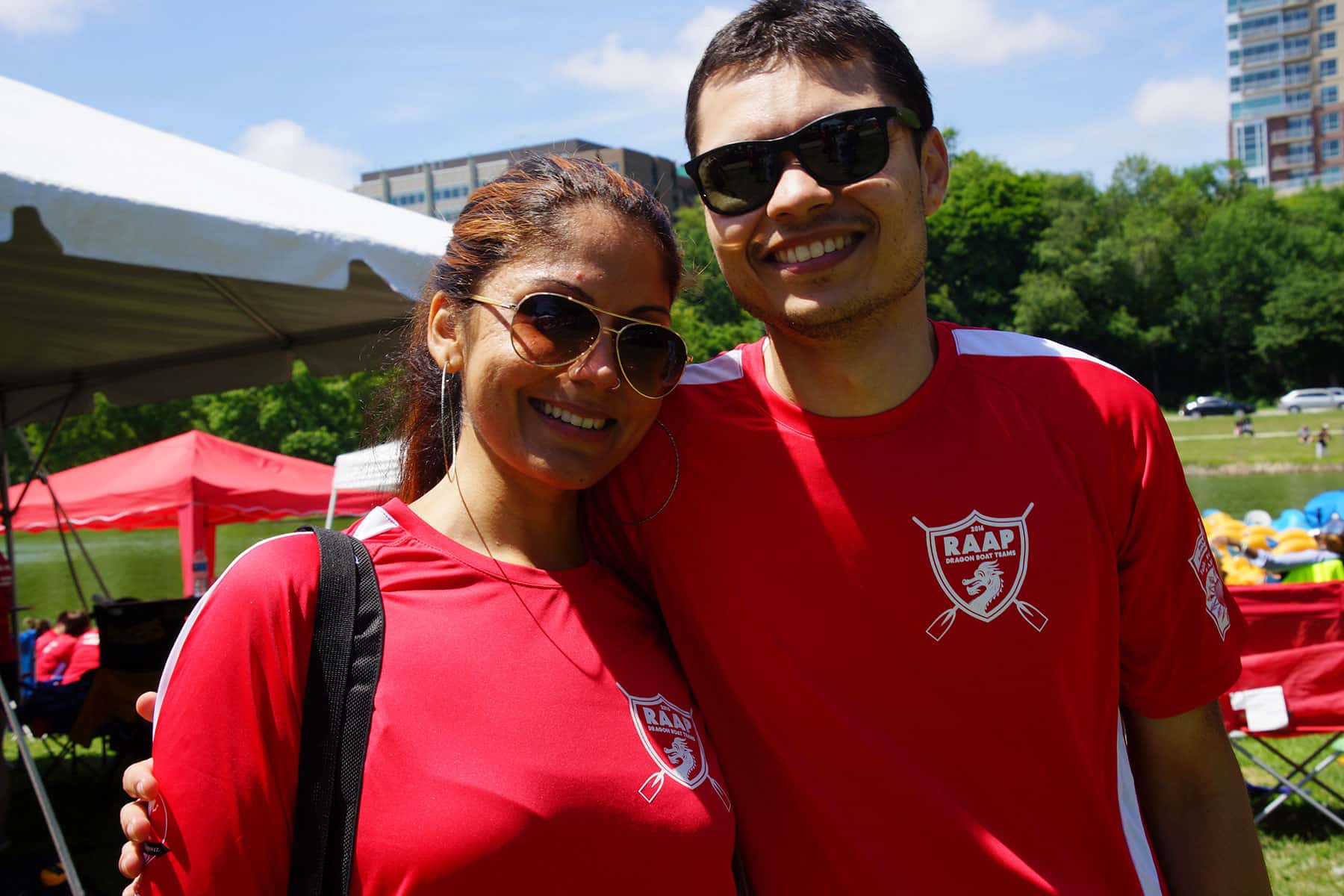 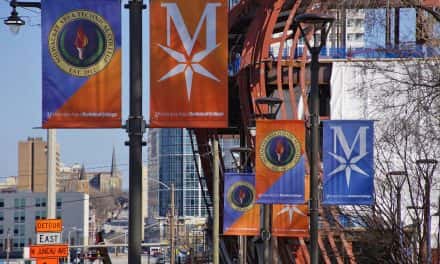 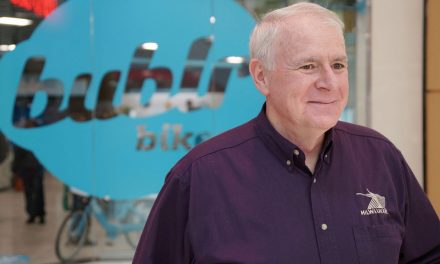 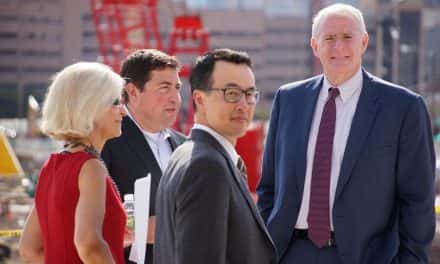 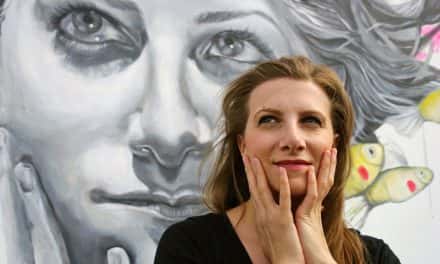