A Party Flip: When defenders of Civil Rights abandoned their moral values for the ideology of White Power 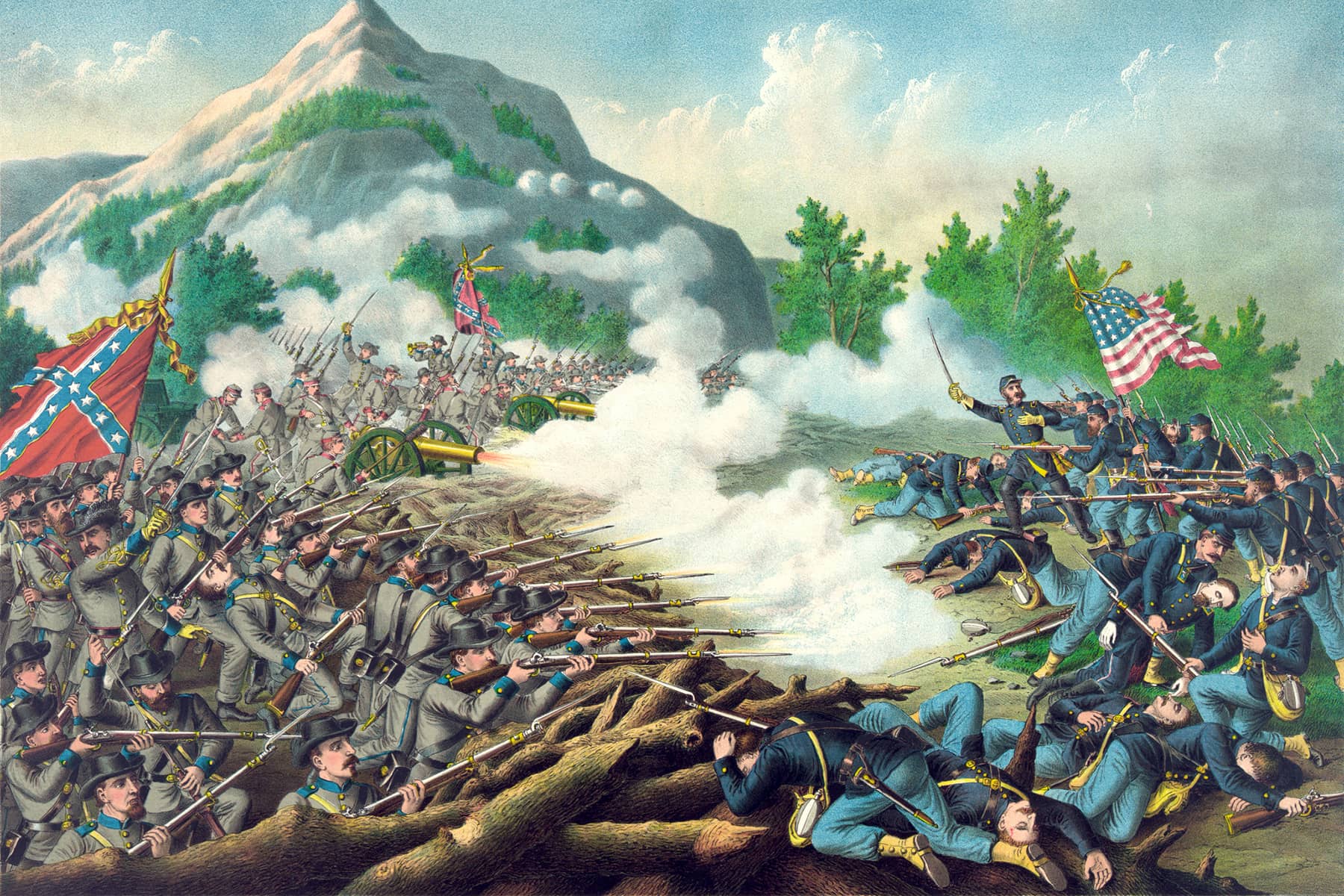 News broke recently that as a guest on the right-wing Real America’s Voice media network in 2020, Republican candidate for Michigan governor Tudor Dixon said that the Democrats have planned for decades to topple the United States because they have not gotten over losing the Civil War.

According to Dixon, Democrats don’t want anyone to know that White Republicans freed the slaves, and are deliberately strangling “true history.” Dixon’s was a pure White Power rant, but she was amplifying a theme we hear a lot these days: that Democrats were the party of enslavement, Republicans pushed emancipation, and thus the whole idea that Republican policies today are bad for Black Americans is disinformation.

In reality, the parties have switched sides since the 1850s. The shift happened in the 1960s, and it happened over the issue of race. Rather than focusing on party names, it makes more sense to follow two opposed strands of thought, equality and hierarchy, as the constants.

By the 1850s it was indeed primarily Democrats who backed slavery. Elite southern enslavers gradually took over first the Democratic Party, then the southern states, and finally the U.S. government. When it looked in 1854 as if they would take over the entire nation by spreading slavery to the West—thus overwhelming the free states with new slave states—northerners organized to stand against what they called the “Slave Power.”

In the mid-1850s, northerners gradually came together as a new political party. They called themselves “Republicans,” in part to recall Jefferson’s political party, which was also called the Republican party, even though Jefferson by then was claimed by the Democrats.

The meaning of political names changes.

The new Republican Party first stood only for opposing the Slave Power, but by 1859, Lincoln had given it a new ideology: it would stand behind ordinary Americans, rather than the wealthy enslavers, using the government to provide access to resources, rather than simply protecting the wealthy. And that would mean keeping slavery limited to the American South.

Prevented from imposing their will on the U.S. majority, southern Democrats split from their northern Democratic compatriots and tried to start a new nation based on racial slavery. They launched the Civil War.

At first, most Republicans didn’t care much about enslaved Americans, but by 1863 the war had made them come around to the idea that the freedom of Black Americans was crucial to the success of the United States. At Gettysburg in 1863, Lincoln reinforced the principles of the Declaration of Independence and dedicated the nation to a “new birth of freedom.” In 1865 the Republican Congress passed and sent off to the states for ratification the Thirteenth Amendment to the Constitution, ending enslavement except as punishment for crime (we really need to fix that, by the way).

After the war, as southern Democrats organized to reinstate White Supremacy in their states, Republicans in 1868 added the Fourteenth Amendment, giving the federal government power to guarantee that states could not deny equal rights to American citizens, and then in 1870 the Fifteenth Amendment, guaranteeing Black men the right to vote. They also established the Department of Justice to defend those rights. But by 1871, White Republicans were backing away from federal protection of Black Americans.

Democrats continued to push white supremacy until 1879, when former Confederates took over Congress and threatened to destroy the government unless the federal government got out of southern affairs altogether (it’s a myth that the army left the South in 1877). Voters turned so vehemently against the former Confederates trying to impose their will on the nation’s majority that national Democrats began to shift away from their southern base, which dominated the southern states. In 1884 they ran New Yorker Grover Cleveland for office and won.

For the next fifty years, both national parties would waffle on race, trying mostly to ignore it. But World War II changed the equation.

Democrat Franklin Delano Roosevelt had begun to offer some economic protections to Black Americans with the 1930s New Deal, but Black soldiers coming home from the war demanded true equality. The blinding of Black veteran Isaac Woodard in 1946 by South Carolina law enforcement officers woke Democratic president Harry S. Truman up to the need for equal protection of the laws.

Then, in 1954, Republican Dwight Eisenhower put Earl Warren, the former Republican governor of California, at the head of the Supreme Court. It promptly used the Fourteenth Amendment to declare the segregation of public schools unconstitutional in the Brown v. Board of Education decision. It seemed both parties had come around to supporting racial equality.

But White Supremacists in the South responded to desegregation by attacking their Black neighbors. So in 1957, with a bipartisan vote, Congress passed a civil rights act to protect Black voting. Thurmond launched the longest filibuster in U.S. history to try to stop it.

Republicans who hated the government’s postwar regulation of business saw an opening to get the Dixiecrat contingent on their side. In 1960, The Conscience of a Conservative, published under the name of Arizona senator Barry Goldwater, called for getting rid of the business regulation and social safety laws passed since 1933, and claimed that the Supreme Court’s protection of civil rights was unconstitutional.

When Democrat John F. Kennedy took office in 1961, he gave a rousing inaugural address promising to bring freedom to the world but, afraid of alienating southern Democrats, didn’t mention race at home. World War II veteran James Meredith promptly decided to test just how committed to human rights Kennedy actually was. Meredith sued for admission to the University of Mississippi, and when the courts ruled the state had to admit him in 1962, Kennedy had to choose between the northern wing of his party that supported civil rights, and the southern racists. Pushed by his brother and attorney general Robert, Kennedy backed Meredith’s registration with federal troops.

Republicans already mad at business regulation now worked to pick up the White Supremacists who had backed the Dixiecrats and who, by 1964, were attacking Black Americans and their White allies as they tried to enroll Black voters. In 1964, Republicans ran Goldwater for president on a platform calling for slashing federal power and empowering the states to run their affairs as they wished. Goldwater lost the election, but Strom Thurmond publicly switched parties, and Republicans picked up the five states of the Deep South (as well as Arizona) for the first time since Reconstruction.

Democrats, meanwhile, went all in on racial equality. Kennedy had come around to calling for civil rights legislation, and after his assassination, his successor, Lyndon Baines Johnson, pushed hard first for the Civil Rights Act of 1964—which Congress passed while FBI agents were searching for three murdered civil rights workers in Mississippi—and then, after law enforcement officers in Selma, Alabama, attacked voting rights advocates as they crossed a bridge named for a grand dragon of the Ku Klux Klan, the Voting Rights Act of 1965.

The Democrats had become the party of equality. But the votes for the civil rights laws had been bipartisan, and it was not at all clear that the Republicans wouldn’t also back civil rights. After all, Goldwater had gotten shellacked when he made common cause with White Supremacists.

But in 1968, Republican presidential candidate Richard Nixon knew he had a hard fight ahead of him. He figured he needed to pick up the old Dixiecrats, who were now politically homeless. He went to Thurmond with a quiet promise not to use the federal government to protect Black rights in the South in exchange for his support. This “Southern strategy” worked. Thurmond publicly backed Nixon.

From then on, White Supremacists made up a key part of the Republicans’ base, and the party increasingly pushed on old racial themes—Ronald Reagan’s welfare queen, for example, or George H.W. Bush’s “Willie Horton” ad, or the trope of “makers” and “takers” — to keep them on board.

The parties had switched positions over equality and hierarchy. Since 1964, Republicans have always won the majority of the nation’s White vote, while Democrats rely on Black voters, especially Black women.

And that is the actual true history of how it happened that a Republican candidate for office, representing a party that once defended civil rights, made White Power rants on public media. 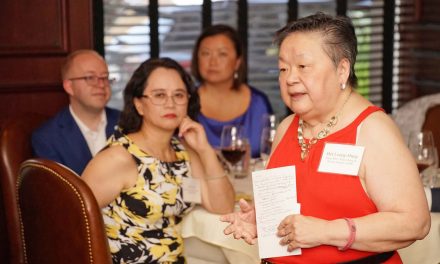 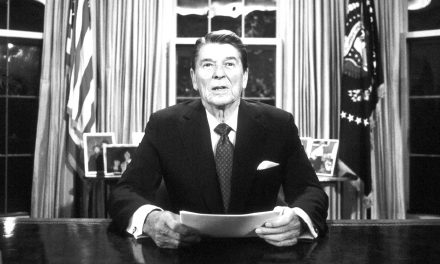 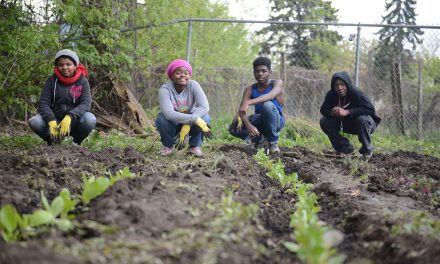 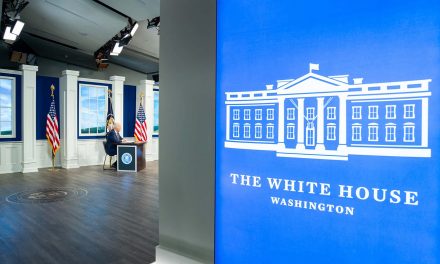