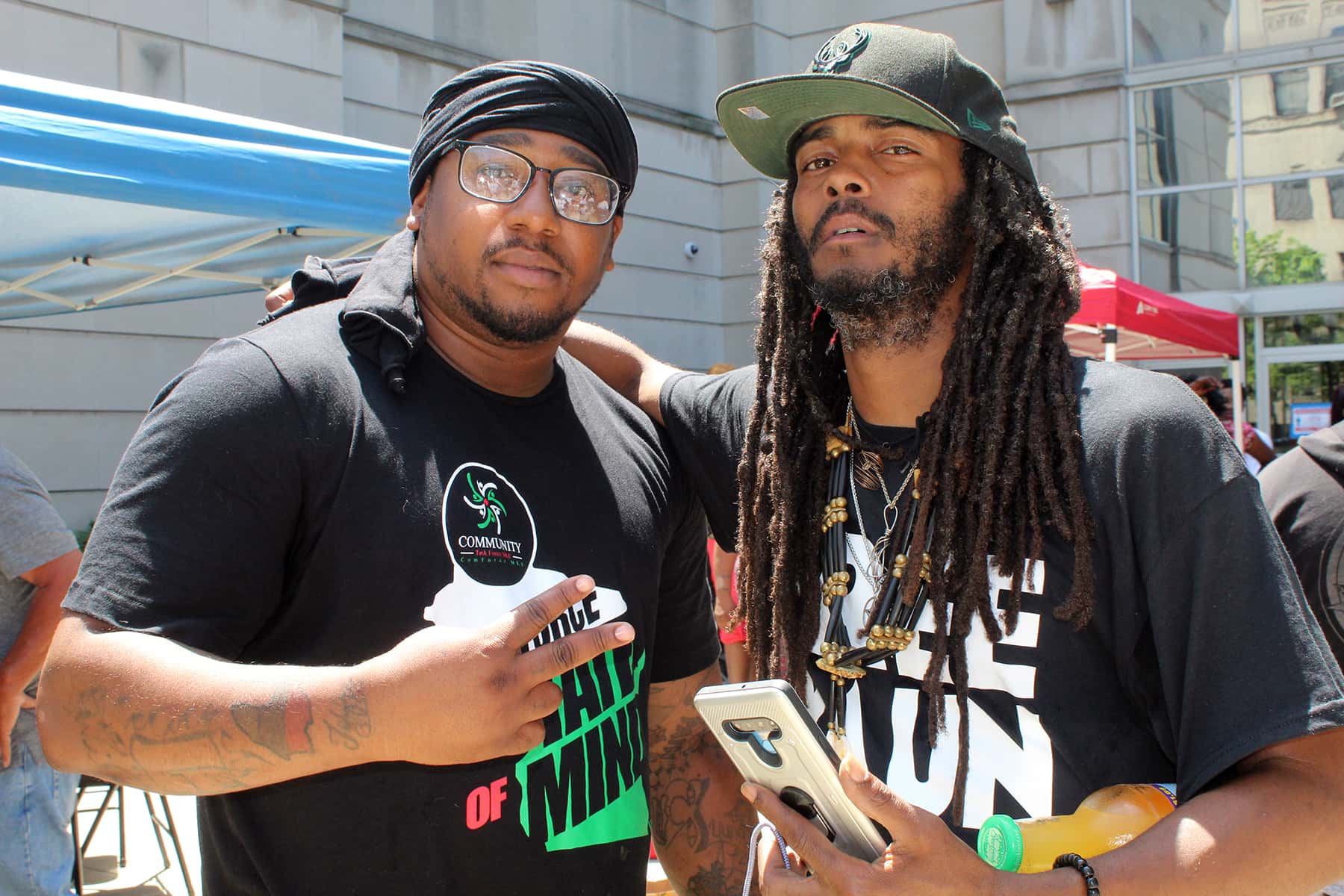 In this moment of completely valid social unrest, we’ve seen some people respond skeptically to police violence: Didn’t she resist arrest? Weren’t they breaking the law by marching in the street? What did he do to deserve being shot? Perhaps because people want to believe that we live in a just world with fair-minded authorities, there is a tendency to automatically give police — and their version of events — the benefit of the doubt.

But that benefit of the doubt is rarely extended to the people who police accuse of committing crimes. Many people assume that the police are “innocent until proven guilty,” but they do not assume that the people who officers arrest, detain, beat, or kill are innocent. Shouldn’t the accused, too, at the very least, be assumed to be “innocent until proven guilty”? Don’t they too, deserve our understanding and compassion? Shouldn’t they, too, be given the benefit of the doubt? Shouldn’t we consider their interpretation of events?

It is especially important to see police encounters from the point of view of the accused in the case of activists who are protesting police violence. To be clear, we believe all people who are arrested should be assumed innocent, but it is especially important to give the benefit of the doubt automatically to people who protest police brutality, if only because the arresting officers are likely to have a vested interest in discrediting activists who are calling to defund police departments and to end punitive police practices.

The Milwaukee Police Department has a long history of exacerbating racial tensions and harassing black youth. Black Milwaukeeans in the post-WWII era were under constant surveillance, finding themselves with criminal records for the most minor infractions, such as jay-walking, loitering, vagrancy, or drinking in public. In 1952, MPD records show that for every three African American residents in the city, one was arrested. To make matters worse, the “freeholder clause” — in effect until 1967 — legally barred people who did not own property from being able to bring complaints against police officers to Milwaukee’s Fire and Police Commission, essentially preventing the most heavily policed African Americans access to grievance procedures.

Of course, this long history of police oppression also means a long history of black community activism. Black Milwaukeeans were constantly and collectively challenging police abuse, disrespect, and violence. What media, at the time, referred to as “riots” or the actions of “drunk” and “reckless” mobs were actually, according to Simon Ezra Balto, “spontaneous confrontations” with police that were “part of an organic politics of collective community defense.”

The MPD did not just criminalize spontaneous community defense; it also targeted organized resistance. For instance, during the Civil Rights marches in 1967, Police Chief Harold Brier directed police officers to prevent the fire department from putting out the fire that was burning down the NAACP Freedom House. Yohuru Williams explains that the local chapter of the Black Panther Party (BPP), although deeply involved in developing and implementing community programs, was established to confront police violence. As Williams documents, criminalizing Milwaukee’s BPP leaders was a key tactic police used to exhaust the Party’s members, drain the chapter’s resources, and undermine all the work they did to better the lives of black people in Milwaukee. Clearly, this legacy of targeting, harassing, brutalizing, arresting, detaining, and discrediting Milwaukee’s black activists and community defenders is still happening today, right now.

In our recently published article by the Boston Review, we examined how police abuse the “resisting arrest” charge to criminalize activism and provide law enforcement the legal reasoning they need to use violence to suppress community leaders. Our case study was Milwaukee, Wisconsin. The police used the “resisting arrest” charge against civil rights marchers, including NAACP commandoes and Father Groppi, as well as the Black Panther Party. They tried to represent these activists as criminals to divert attention away from movement demands, to discredit the community work activists did, and to exhaust their resources fighting the charges.

Today in Milwaukee, Frank Sensabaugh, better known as Frank Nitty II, has been targeted by police. Nitty has shown that he’s able to organize people of all colors and motivate them to engage in peaceful protest. Nitty marched earlier this month with hundreds across the Hoan bridge downtown. During the march, he was targeted by officers with the Milwaukee County Sheriff’s Department. They tear-gassed him, threw him to the ground, and arrested him. According to Nitty, the police may charge him with two counts of felony resisting arrest.

Resisting arrest in Wisconsin is usually a misdemeanor; it is only a felony if officers are hurt in the process. But as we can see from news helicopter footage and Nitty’s livestream, the officers rush him and slam him to the ground, somehow slicing open one of his arms in the process. Are we to believe that Nitty, hurt, prone, and complying, was somehow able to injure the officers in riot gear who threw him to the ground?

Frank Nitty has made sure his point of view is represented through press coverage and livestreaming his activist work and police officers’ efforts to harass him and to disrupt his community work. As he said at a recent press conference about the arrest on the bridge, “We [activists] are being targeted, and we are being attacked. Starting from the Hoan Bridge. There was 50 white people in front of me that got pushed out of the way … to get me. Why, if we’re not targeted?”

Nitty has been able to use his constant live-streaming and appearances on local media to narrate his daily encounters with the police in a way that tells the story in real time of police using a variety of tactics — holding Resisting arrest charges over his head, taking the plates off his car, trailing his car — to intimidate him. From his livestream, we can see an activist who is experiencing police retaliation, rather than cooperation, for his efforts to serve and protect Milwaukee. To quote Nitty, “We are out fighting for change, fighting for community. We should not be targeted by the police department. There is a war on us that we are not trying to fight. We are trying to have peace with them.”

Similarly, another black Milwaukee activist Vaun Mayes is being targeted by police officers. Mayes was recently arrested, held for 24 hours in the Milwaukee County Jail (against their own Covid-19 policy), then released “pending review” of charges by the Milwaukee District Attorney. From the statement put out by Milwaukee Police Chief Alfonso Morales, we know only that Mayes’ arrest was “in connection with the civil unrest” on 40th and Lloyd Street, in particular for a “felony charge related to his alleged involvement in criminal activities” at that location. The police blotter lists his charge as burglary. When we uncritically accept Morales’ statement, Mayes is made to look like a criminal in advance. But what is the context for Mayes’ arrest?

In Washington Park on June 21, two young black girls went missing. Days pass. Worried family members go to the police, but no Amber Alert is issued. The community took it upon themselves to find the young girls and other black children who had gone missing because the police did not do enough to look for the missing children. Residents went to the suspicious house on their own. Then, the police showed up in riot gear, and somehow the house is burned anyway along with any potential evidence that officers claim does not exist. Some members of the crowd did try to enter the home — perhaps to confront the people inside, look for missing children, or get evidence to confirm the rumors of sex-trafficking.

Mayes was at 40th and Lloyd in his role as a community defender. He had been actively working with families all day to find the missing girls. As we see on his livestream, when community members faced off with police lines, Mayes tried to de-escalate the situation and called on police to re-direct their efforts, to search the house for evidence, and talk to neighbors about the missing children. In the time between the incident and his arrest, he held a press conference with the mother of one of the missing girls, in which he criticized the police for inactivity and disregard for missing children and publicized a broken relationship between the police and black communities.

From his point of view, the police are not doing enough to find missing children in this city known for sex-trafficking. A 2018 report confirmed that victims were not just overwhelmingly young, black women and girls — they were also young, black women and girls who had previous interactions with the Milwaukee Police Department. From a community standpoint, this fact does not only mean that more vulnerable girls are targeted, it can also imply police involvement.

From his point of view, community organizations — Community Task Force MKE, 414 Life, the Office of Violence Prevention, and others — are not interrupting policework but doing policework themselves, taking up the role of investigating the missing children and working with distraught parents and communities. As Mayes says, “You call it vigilantism, but I call it three almost four young people returning home in a matter of hours versus them being missing for days and weeks with you all handling it.”

In the context of the tension between the police and the community Mayes serves, it is evident his arrest is only about police retaliation. In particular, the charge of burglary, which requires reasonable suspicion of “intent to steal or commit a felony,” seems out-of-step, to say the least, with Mayes’ presence on the scene as a known community activist, who is often asked to give testimony on police-community relations, such as the performance review of Milwaukee Police Chief Morales, where Mayes planned to speak.

In these times, movements against police violence are also movements for liberation. People are demanding that we realize the status quo is maintained through violent policing practices. Mass incarceration, segregation, premature death from healthcare-related inequalities, and economic disinvestment are all maintained through policing lower-income black neighborhoods. For this reason, it is especially important that we do our best to examine police encounters from the point of view of the accused — especially when those accused are asset-stripped, black, and segregated, especially when those accused are black activists working tirelessly to change the status quo.

We are indebted to those, such as Frank Nitty and Vaun Mayes, who relentlessly work to make their communities safe, who provide critical commentary about their own police encounters on livestream and through other media to make sure that their points of view are documented. They make available a point of view that shows us how police encounters criminalize black activists and movements goals.

Importantly, they also provide a perspective that lets us imagine a world where punitive policing is obsolete. According to Mayes, Black people in Milwaukee are “rebuilding the village,” and in doing so, they are already creating that better world so many have yet to imagine. 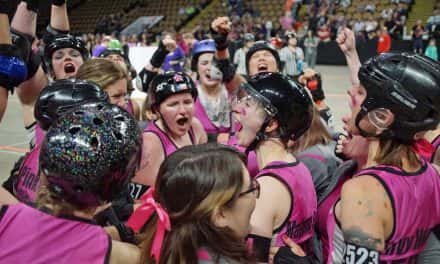 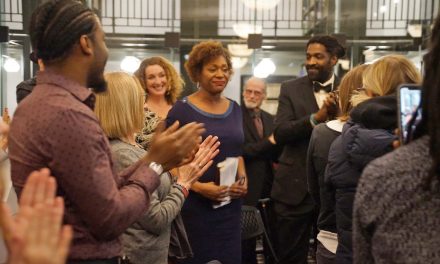 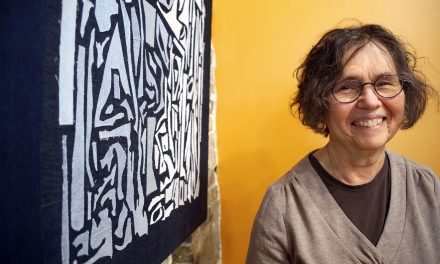 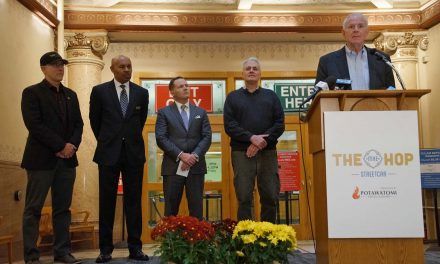