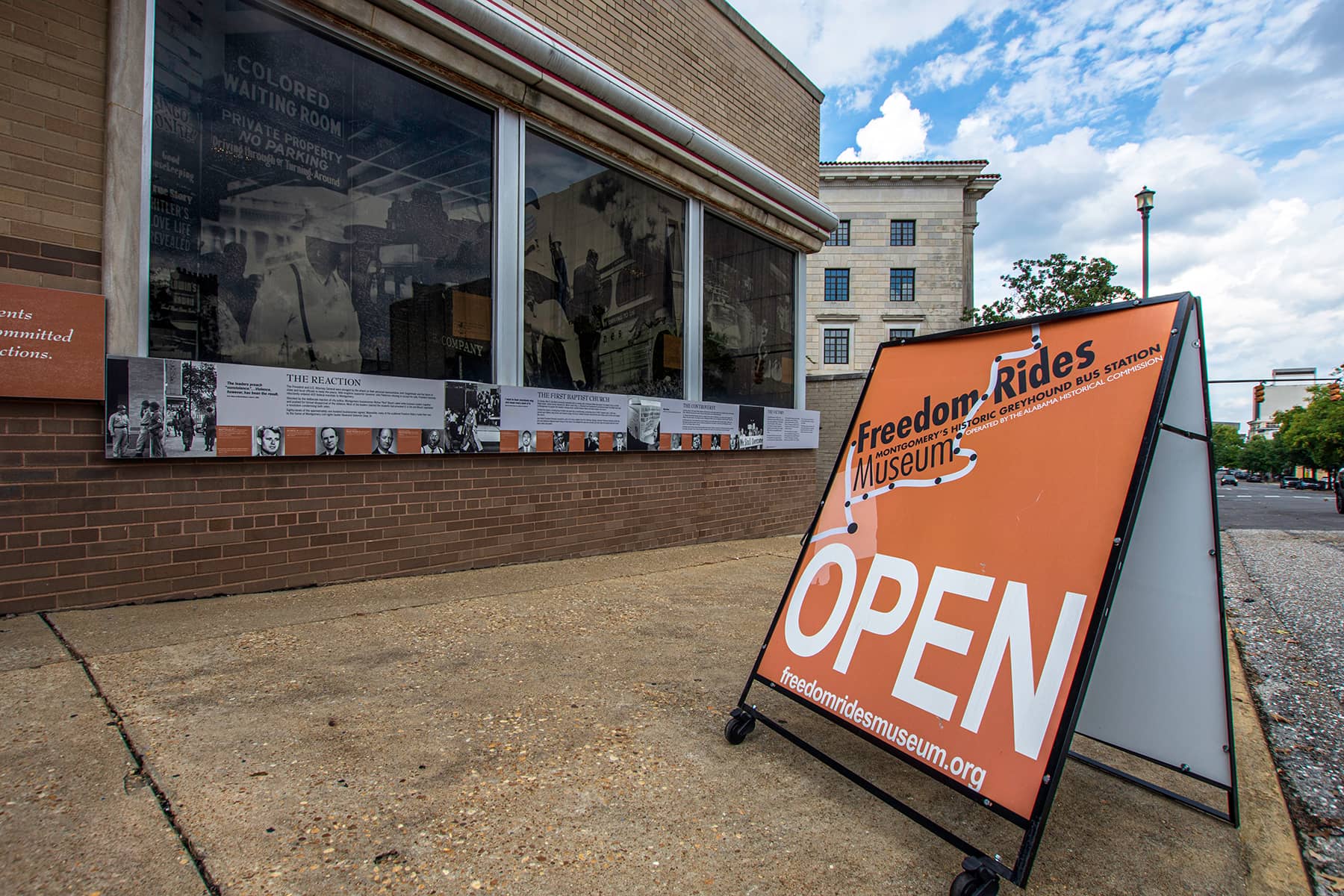 They came off the buses and planes hoping for a promised new life, a home, and paying work. They brought their children, on their best behavior, excited to meet American kids and enroll in school. Hungry from the long trip, they were wondering what their first meal would be like in their new homes in their new country.

Instead, they faced Fox “News” cameras and hack “reporters” shouting questions at them in a language they didn’t understand. Blinking back tears, they asked in Spanish what they had done wrong. It turns out what was “wrong” was their skin color and national origin, at least in the minds of Ron DeSantis and Greg Abbott.

Racists understand how to get the attention of other racists. And, really, that’s all they want, no matter how many people are hurt in the process.

This is an old, old story.

In the fall of 1962, Deputy US Attorney General Nicholas Katzenbach supervised a group of U.S. Marshals providing protection to James Meredith as he became the first Black person to ever enroll in the University of Mississippi.

Meredith, a top student in high school, had just completed a 9-year stint in the US Air Force (including 3 years in Japan) and had taken his application for enrollment at UM all the way to the US Supreme Court, which ruled in his favor on September 10, 1962.

Three weeks later, as Meredith was preparing to enter the University on September 30th, a mob of white people attacked Katzenbach’s US Marshals with bricks and fired upon them with pistols and rifles.

Two people died, 206 US Marshals and National Guardsmen were wounded, and there were over 200 arrests.

Meredith finally registered for his classes on October 1st, producing an explosion of activity across the South by the various White Citizens Councils, the Ku Klux Klan, and the John Birch Society, the predecessor to today’s MAGA movement. (Meredith would complete his courses and graduate, then get his law degree from Columbia Law School in 1968.)

Five months after Meredith enrolled at UM, in the last week of February, 1963, Charles Bennett, president of the White Citizens’ Council of Shreveport, Louisiana, approached a Black father of eight children, Alan Gilmore, telling him he knew of an employment opportunity in Trenton, New Jersey and would help him get there.

Gilmore had previously driven a cab and worked in a grocery store and bakery, but had lost his job during the slight economic downturn of 1963.

Bennett provided Gilmore with bus tickets for himself, his wife, and their eight children as well as $75 in spending money and “a dozen cans of sardines to snack upon” during their 2-day journey to Trenton.

He also gave Gilmore the address of what he thought was the home of Nicholas Katzenbach, telling him that Katzenbach was the employer in need of and awaiting Gilmore’s services.

“I can’t find any work here [in Shreveport],” Gilmore told Bennett according to news reports. “I hope I can find something there. I appreciate your sending me on this trip. Thank you very much.”

It was to be, Bennett said, “a reverse freedom ride,” a reference to the Freedom Riders of that era who traveled the South by bus to integrate public transportation.

White Citizens’ Councils and their allies in the Klan put several such Black families on buses for the north; the organized campaign operating out of several states was called the “Freedom Ride North.”

“Katzenbach has shown himself to be a friend of the Negro and a great civil rights leader,” the newspapers quoted Ned Touchstone, chairman of Shreveport’s Freedom Ride North Committee. He added that Katzenbach should “take a personal interest in getting the Gilmore family settled.”

And, sure enough, the newspapers thought the twist was enough of an unusual story that they gave it wide coverage. One clipping from the JFK Library is at the bottom of this article; there were others across the nation that week.

“Efforts by segregationists to relocate certain citizens of southern cities is a cruel merciless hoax. Massachusetts has always been a haven for the oppressed, but conditions are such that employment opportunities are limited.

“I suggest Executive Order or legislation whereby the federal government would assume costs, if these unfortunate people become public charges, and then empower the Attorney General to bring an action to make the person or persons responsible for this cruelty personally liable for the costs incurred by the government.

“If they pay the costs of their traffic in human lives and misery, their attitude will no doubt change.”

Mark Twain, it is said (probably apocryphally), told us that history doesn’t repeat itself, but it rhymes. Today the role of the White Citizens’ Councils and the Klan has been picked up by Texas Governor Greg Abbott and Florida Governor Ron DeSantis.

The two governors have been sending refugees and undocumented immigrants on buses and chartered planes in those states to cities in the north, including, most recently, dropping people off at Martha’s Vineyard and in front of Vice President Harris’ home in Washington DC.

The racist governors are apparently coordinating their activities with Fox “News,” whose “reporters” typically show up to greet the arriving visitors with cameras and microphones, scaring the hell out of them.

The immigrants themselves have told people they were approached by friendly Spanish-speaking people, typically women, representing the Governors’ offices, who told them that jobs or “expedited work permits” were awaiting them if they’d only get on the bus or the plane.

The Washington Post noted recently, in a bizarre echo of the 1963 White Citizens’ Council of Shreveport’s Ned Touchstone:

“DeSantis aide, Jeremy Redfern, tweeted a photo of former President Barack Obama’s Martha’s Vineyard home with a pointed message: ‘7 bedrooms with 8 and a half bathrooms in a 6,892-square-foot house on nearly 30 acres. Plenty of space.’”

“Like millions of Americans, I have been horrified at the images of migrants being shipped on buses and planes across the country to be used as political props. Clearly, transporting families, including children, across state lines under false pretenses is morally reprehensible, but it may also be illegal.

“Several of the individuals who were transported to Martha’s Vineyard have alleged that a recruiter induced them to accept the offer of travel based on false representations that they would … receive expedited access to work authorization. The interstate travel at issue provides a basis for federal jurisdiction over this matter.

Newsome goes on to “strongly urge” the DOJ to investigate “possible criminal or civil violations of federal law based on this fraudulent scheme.” He suggests kidnapping statues, as well as Racketeer Influenced and Corrupt Organization (RICO) laws be brought to bear against Abbott, DeSantis and their co-conspirators.

Newsome also points out that the migrants and refugees wouldn’t have been targeted this way if it wasn’t for their national origin “and the intent appears to have been to humiliate and dehumanize them,” putting the two governors in violation of federal civil rights laws.

As Adam Serwer noted in 2018, writing for The Atlantic about the Trump policy of tearing apart migrant families and vanishing their children into out-of-state foster care or adoption, “the cruelty is the point.” Brutality has always been a key element of fascist and, to quote President Biden, “semi-fascist” politics and policy, whether in 1930s Europe, 1970s Chile, or 21st century Texas and Florida.

We have come a long way since 1963, and federal and state laws protect civil rights in ways that were only imagined during the early years of that era. Hopefully Garland will take Newsome’s request seriously.

As President Joe Biden would say, America is better than this.

Exploitative and cruel stunts from the racist 60s have no place in this century, and Fox and CNN (apparently this is part of their new Swing to the Right) — which both gave major coverage to the migrants’ arrivals — should apologize both to the migrants and the American people.

And Abbott and DeSantis should be looking at jail time or serious civil fines for engaging in this heartless, racist sport.

It should be noted that 100% of the people sent to Martha’s Vineyard were not “undocumented,” but are actually people who have applied for and been accepted for asylum status. They have upcoming court dates in Texas that, if they miss, will cause them to lose their status. 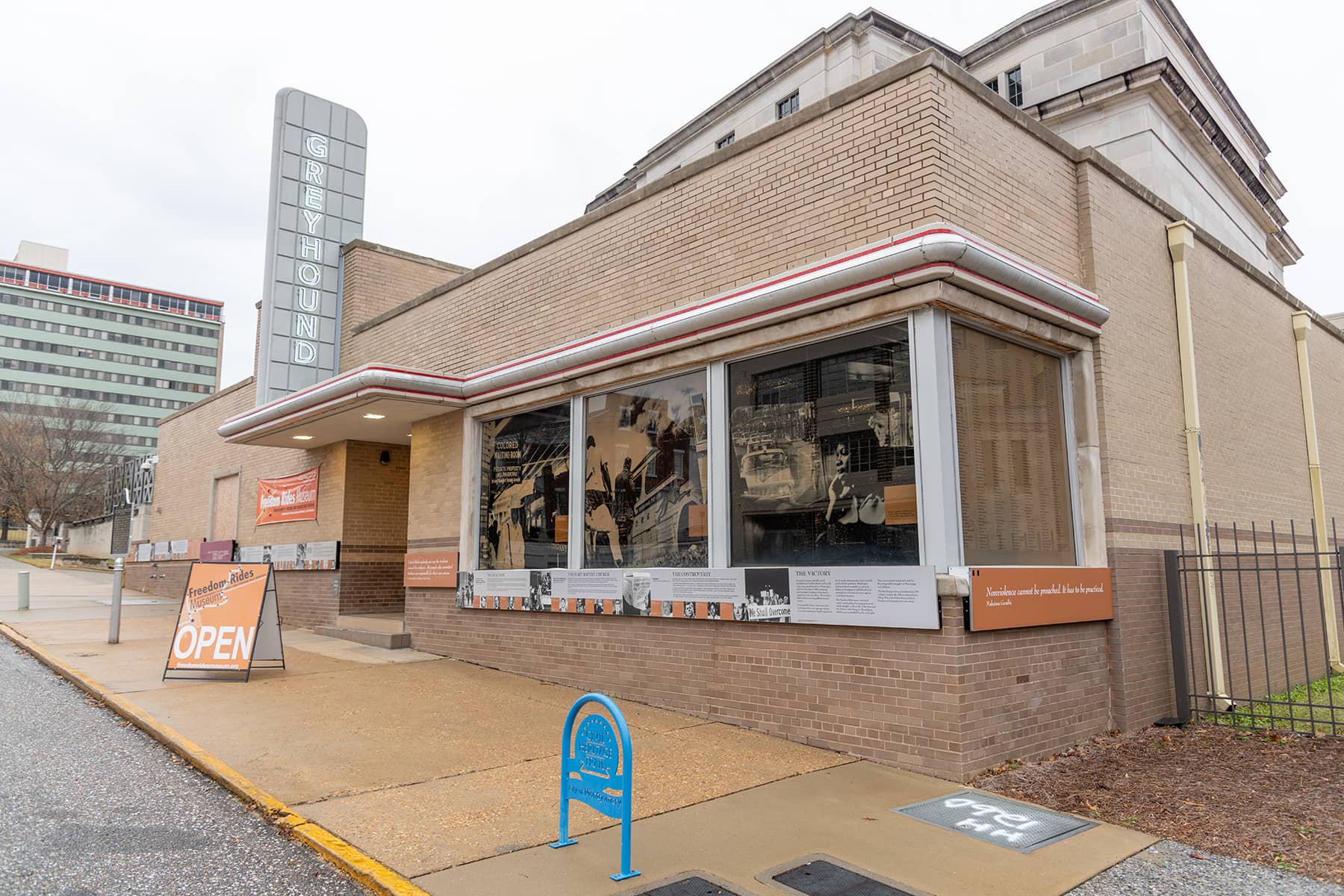 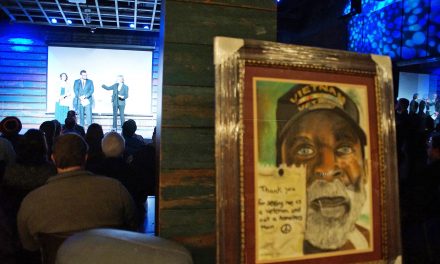 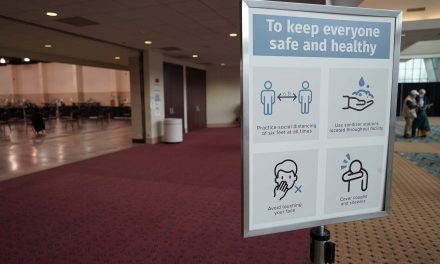 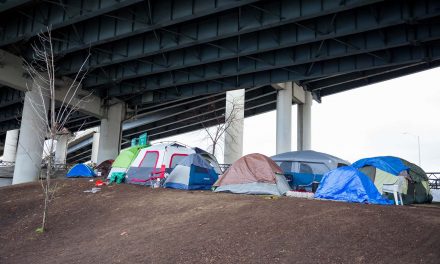 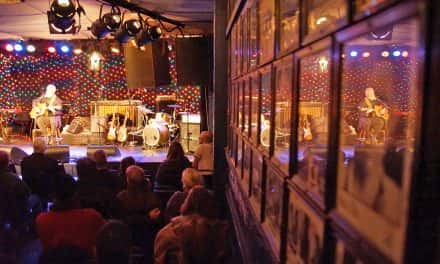