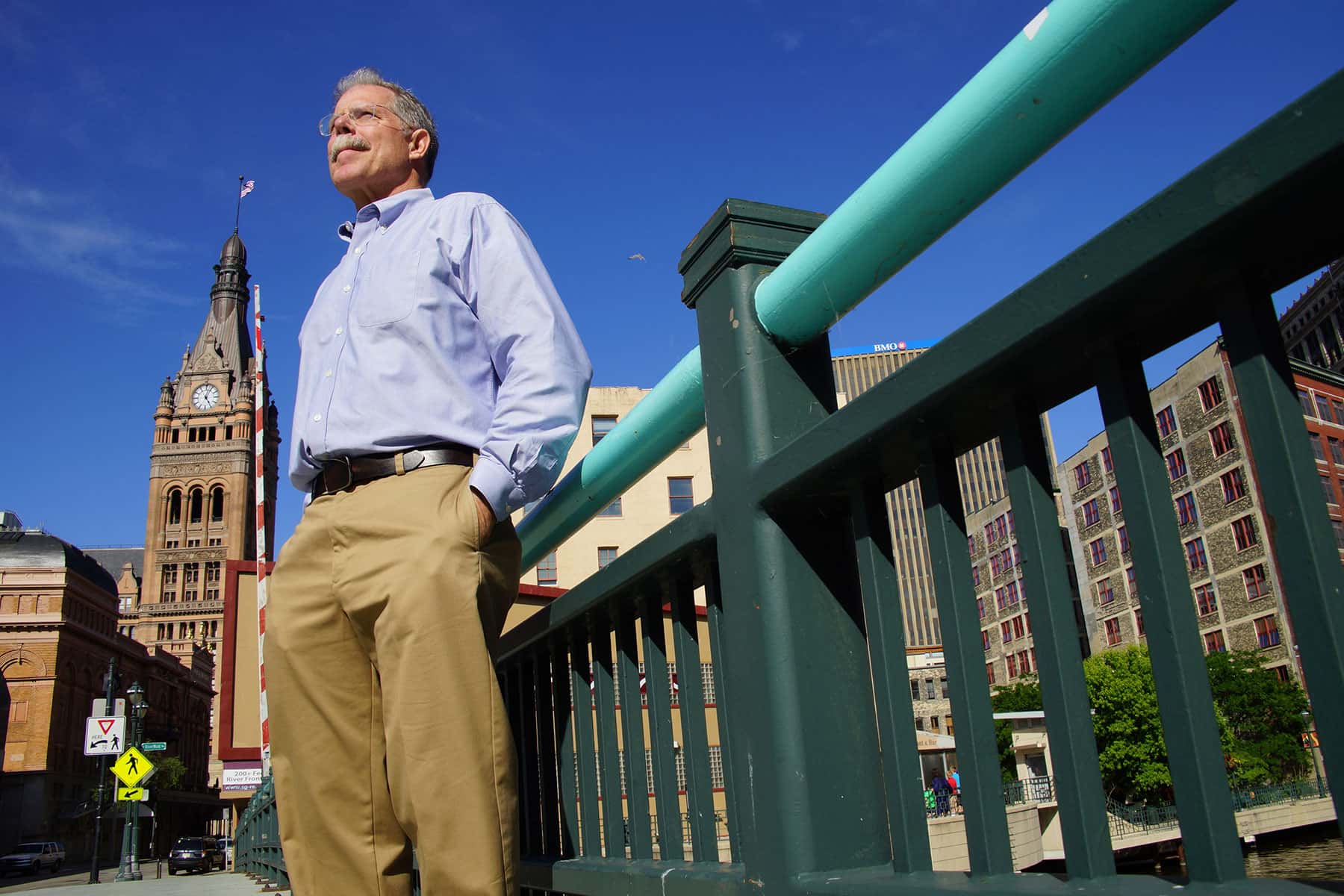 Among other projects, he provides the historical perspective on Wisconsin neighborhoods and towns for Milwaukee Public Television’s Around the Corner with John McGivern, the highest-rated locally produced show in its time slot nationally, and lectures extensively.

“I can’t think if anyone who knows Milwaukee’s past better than John Gurda,” said David Haynes. “For more than 20 years, he’s been telling the stories of the city’s history on our pages — and I learn something every time. He’s a gifted storyteller and an equally gifted scholar.”

Gurda’s history writing career started 45 years ago when he was working at a then small south side youth services agency, Journey House. Gurda was tapped to help write a pamphlet for potential funders – “what we’d call a case statement today.”

“It was completely unpremeditated. All of a sudden I was doing historical research about a neighborhood where my family on my dad’s side had arrived back in the 1880s.”

His grandparents owned a hardware store at 32nd Street and Lincoln Avenue for 50 years, and Gurda spent a huge part of his childhood there.

One thing led to another, with Gurda taking on other jobs and writing assignments, and the rest as they say, is history.

“I always say my autobiography should be titled ’45 Years of 1099s,’” Gurda joked, referring to the tax form contractors and freelancers receive in place of the more common W-2 that employees receive.

“After leaving Journey House I would write things, largely for free, and then they’d get published,” Gurda said. “I soon realized that I didn’t really know what I was doing and needed more tools, which led me to UW-Milwaukee. It was the obvious choice both in terms of affordability and the range of programs.”

He earned his master’s degree in cultural geography in 1978. He also received an honorary doctorate in 2013. As he continued to write a series of books and stories about businesses and neighborhoods, he realized he had the raw material for a comprehensive history of Milwaukee.

“I just had an excellent experience there and came out of the geography program with a lot more respect for evidence and with more tools for doing research,” said Gurda. “I had all this knowledge about insurance companies and churches and cemeteries and neighborhoods and corporations and industry, so I had this fairly interesting range of pieces of the puzzle. I felt both a desire and a responsibility to take these pieces and make the puzzle whole.”

Of course, it wasn’t easy.

“When I got into it, I found I’d barely scratched the surface,” Gurda said. “It’s a little like having babies – you wouldn’t do it if you knew how much was involved, how much work, hardship and pain you’d be feeling.”

Four years in the works

With funding from underwriters, he spent four years writing The Making of Milwaukee, which came out in 1999. He quickly realized it was a good fit for TV. With help from local philanthropists, the book was made into a five-hour PBS series that came out in 2006. Gurda worked with UWM’s Linda Tiezzi Waldera, then an instructor in the School of Education, to create a teachers guide for the book and the series.

Milwaukee: A City of Neighborhoods, which Gurda describes as a geographic companion to the history, grew out of project he did years ago for the City of Milwaukee, writing brief histories for a series of posters featuring Milwaukee neighborhoods. The history segments were printed on the back of the posters.

“No one knew they were there. It was kind of like writing on the back of a postage stamp,” said Gurda.

For that book, his largest to date – it weighs about six and a half pounds – Gurda did a lot of exploring around the city on foot and on his bike. That bike become part of his persona when he started recording Around the Corner with John McGivern, a series of popular Milwaukee PBS shows about Wisconsin cities, villages, towns and neighborhoods.

“John is the personality of the show. I just came in to offer a bit of historical perspective,” said Gurda.

Since the first segment was shot near his home, he rode his bike over, and the producer decided to incorporate it into the show. For episodes taking place in more distant places, he brings it along on a bike rack.

Gurda isn’t thinking about retiring, he said, as long as he has the capacity and the stamina and the public is still interested. Milwaukee has always been a town that has an intense interest in its own history and remembers its many ethnic neighborhoods.

“It’s a city where roots are important,” Gurda added. “The subject of continues to fascinate me. If you have any interest in who you are and what the world around you is about, there is absolutely no substitute for history. You’ve got to have that sense of the past if you want to have any sense of the present, or for that matter, the future.” 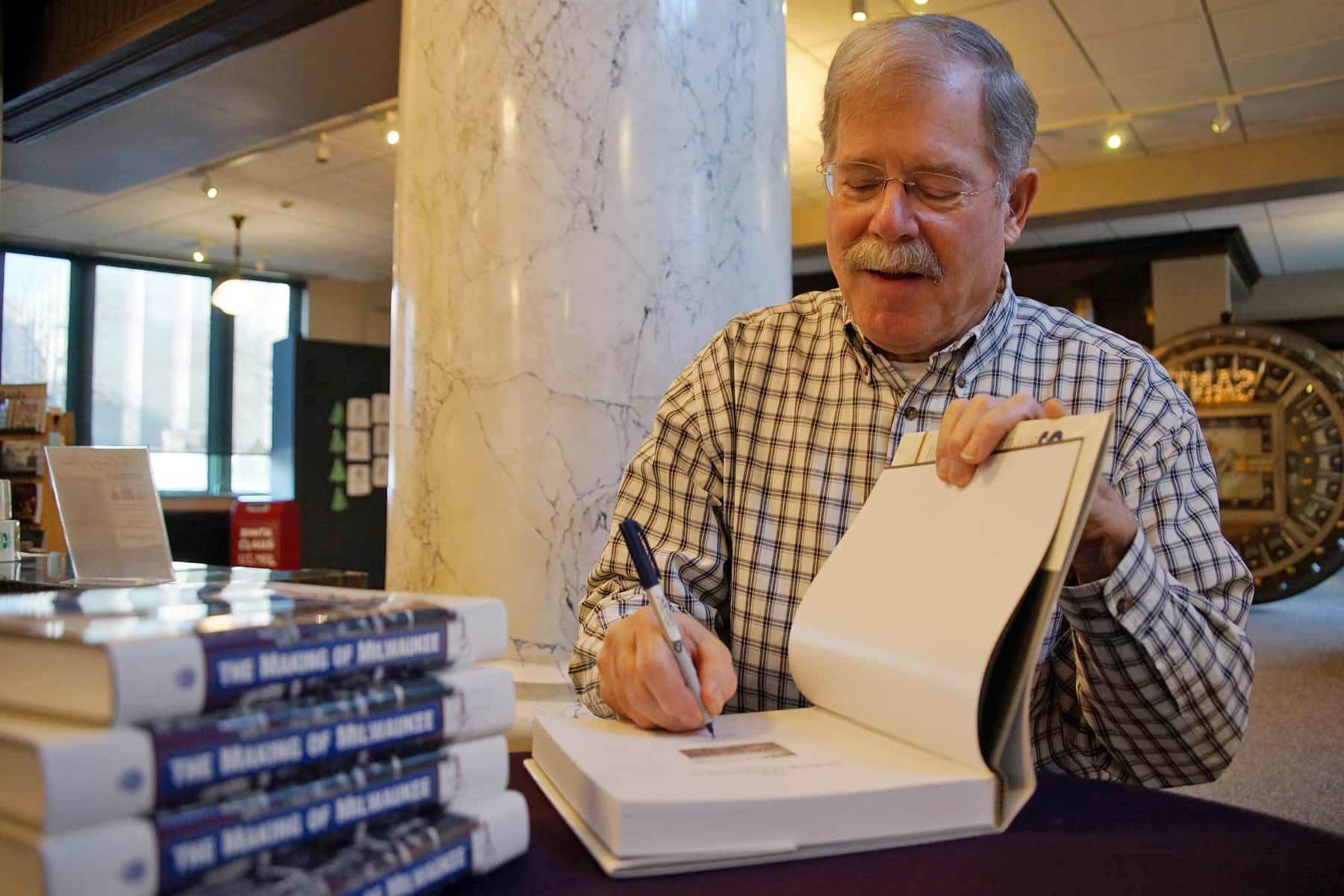 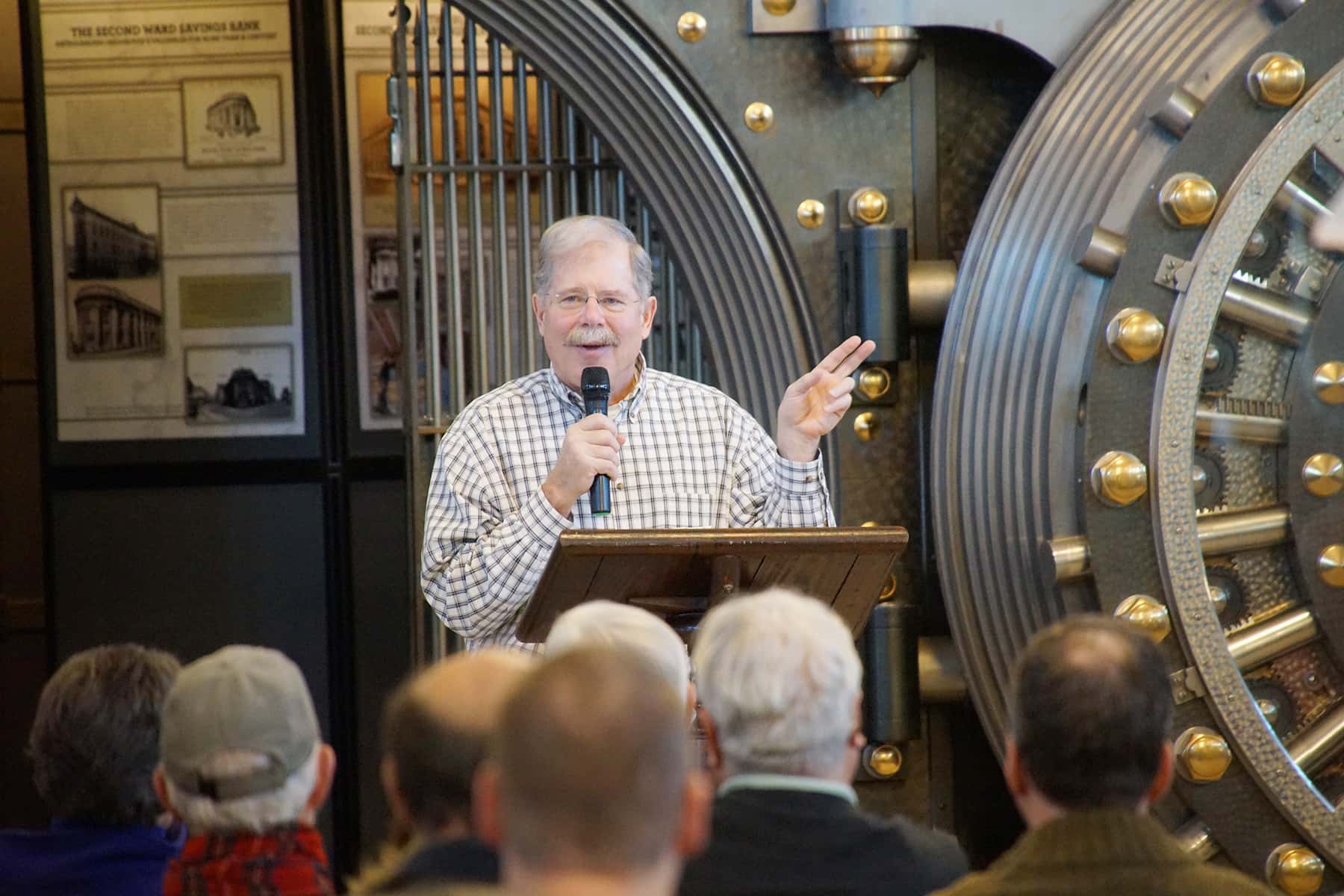 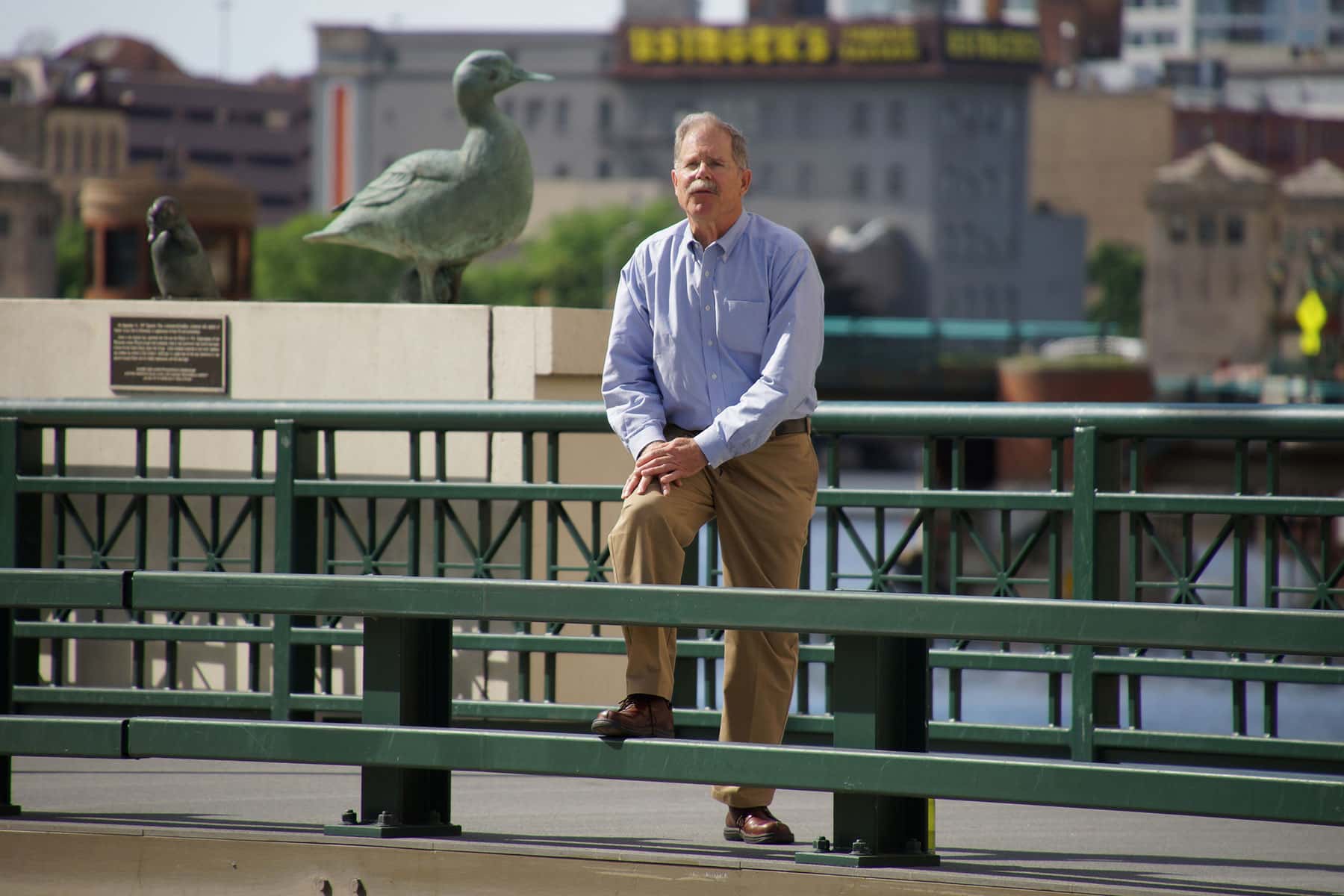 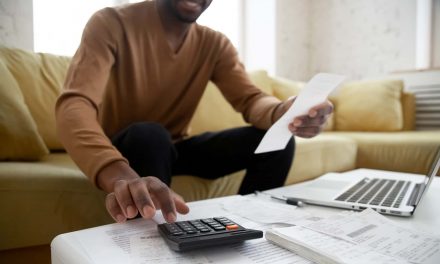 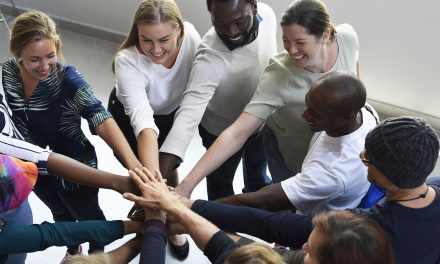 Rev-Up MKE competition seeks to support next generation of entrepreneurs 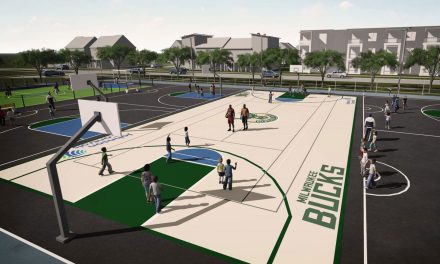 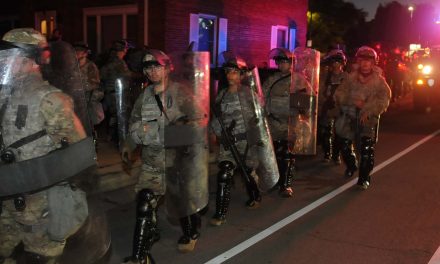