Could Russia collapse? It may be unthinkable but nobody predicted the end of the USSR either 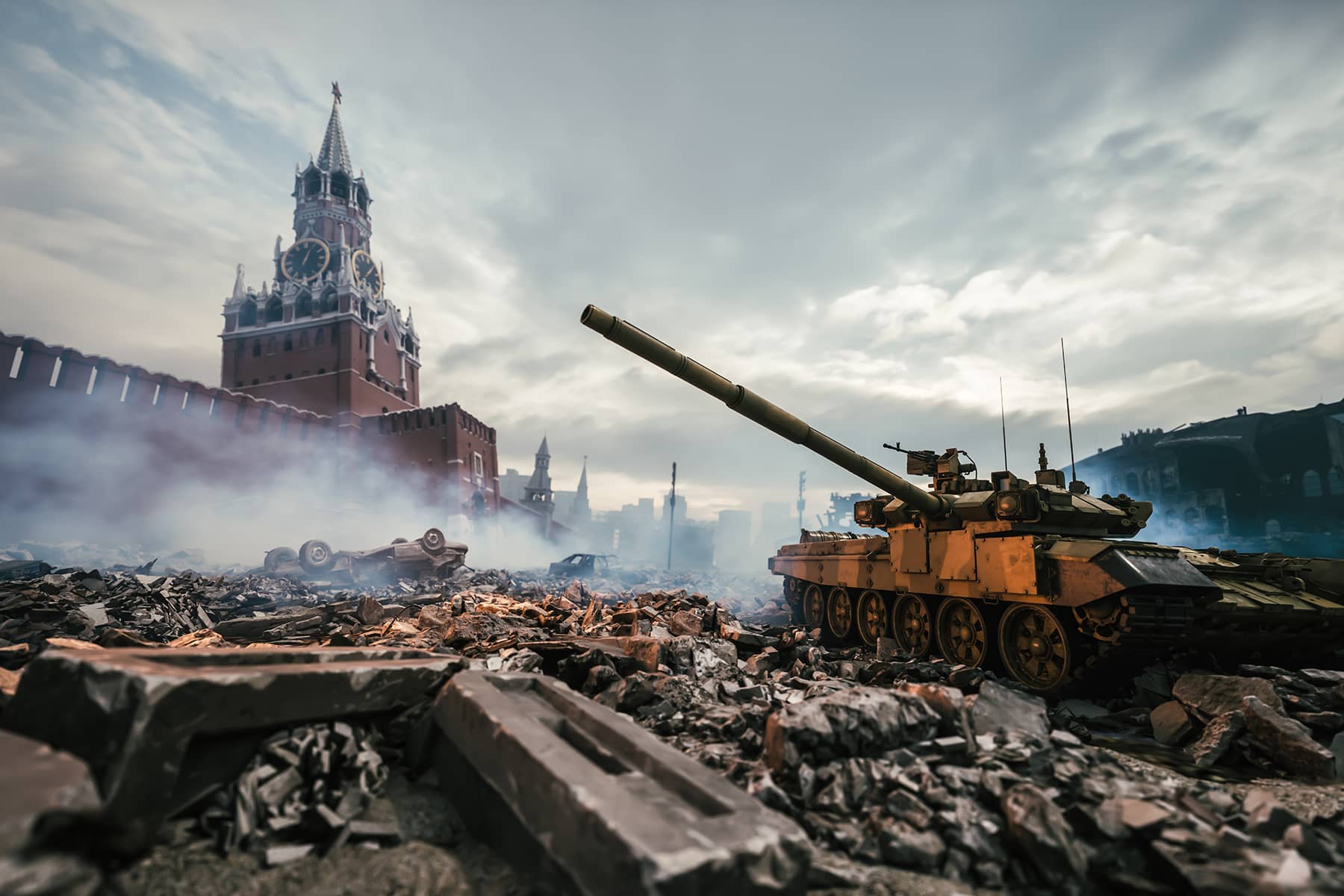 Among the many questions asked about Russia’s disastrous war against Ukraine, one of them is posed only very rarely: can Russia survive what seems increasingly likely to be a humiliating defeat at the hands of its smaller neighbor?

On the face of it, the prospect seems almost absurd. Vladimir Putin may have been weakened by a trio of crucial miscalculations – about Russian military strength, Ukrainian resolve, and Western unity – but there’s no evidence yet that he’s on the verge of losing his grip on power, much less the Russian state imploding.

There have been few significant demonstrations on the streets to protest against the war, against Putin’s leadership, or even against the mobilization of conscripts. Those with the wherewithal to leave Russia for fear of getting drafted have already fled. And while there are likely to be significant economic shocks as Western sanctions begin to bite, some creative fiscal management by Moscow has dampened their impact so far.

Indeed, by rattling the nuclear saber ever louder amid blatant false flags about Ukrainian “dirty bombs,” the image Putin seeks to project is one of strength, not fragility.

Cognitive biases among Western commentators can also play a role when making judgements about authoritarian states like Russia, leading us to see weakness when in fact it is absent. After all, nobody seriously thought the United States would disintegrate after its ignominious withdrawal from Vietnam, or Iraq, or Afghanistan for that matter.

But there are three good reasons why we should not discount the possibility that defeat in Ukraine might make the Kremlin’s edifice crumble, leaving Russia difficult to govern in its entirety, or at least its present form.

1. It has happened before

First and most obvious – it has happened before. And in an historical sense, it has happened relatively recently, with the collapse of the USSR in 1991 rightly considered a seismic event in world politics.

The rub is that nobody predicted the end of the USSR either. In fact, it was confidently assumed in the West that Mikhail Gorbachev would go on ruling the Soviet Union, until the hard-line coup that failed to topple him (but left him mortally wounded in a political sense) made that view obviously redundant.

2. Lack of viable alternatives to Putin

Second, the distribution of political power in Russia means there are no viable alternative answers beyond Putin. Part of this is deliberate: Putin has constructed the state in his own image, making himself inseparable from any major question about Russian society and statehood.

Eschewing an imperial title, but acting in accordance with its precepts, Putin is Russia’s tsar in virtually everything but name. But that also means there is no patrilineal succession plan, nor anyone in his increasingly shrinking orbit of semi-trusted courtiers who readily stands out as a replacement. It’s difficult to imagine a successor who could command respect and wield authority to unite the competing Kremlin cliques – groups that Putin himself encouraged to form in order to ensure their weakness and continued fealty.

Names like Sergei Kiriyenko, Nikolai Patrushev and Sergei Sobyanin are often bandied around when analysts play speculative “who succeeds Putin?” games. But each of them have either irritated Putin, given him cause to mistrust them, or would struggle to bring the different clans together.

A third reason Russia’s ongoing viability in the wake of defeat in Ukraine isn’t totally assured is that the war has exacerbated cracks between the privileged Russian political core and its ethnically concentrated periphery. Part of the mythos beloved by Russia’s far right is that Russia is the “Third Rome”, a necessary great power that unites people from different ethnic and religious backgrounds and prevents them from fighting one another.

Given the relative poverty of Russia’s minorities, it is unsurprising they tend to be over-represented in the military. We know, for instance, that Russia’s military casualties have come disproportionately from Russia’s poorest ethnic groups: Dagestanis, Chechens, Ingush, Buryats and Tuvans.

We also know the Kremlin’s campaign to draft an additional 300,000 personnel for service in Ukraine was similarly targeted along ethnic lines. That shields the residents of Moscow and St Petersburg, keeping the war an abstract phenomenon that only touches their lives in peripheral ways. But it also means those on Russia’s periphery are effectively being used as cannon fodder.

The North Caucuses would be the most likely centre of gravity. Of the few demonstrations against the Kremlin’s military mobilization campaign, those in Dagestan have been the most visible, including violent clashes with riot police. But attention is now also turning to Chechnya, where attempts to secede from Russia led to two wars: from 1994 to 1996; and from 1999 to 2009.

Ramzan Kadyrov, the outspoken Chechen leader, has been kept on a fairly tight leash by Putin since being installed in 2007, and has been one of his most vigorous supporters. But this again underscores the fragility of Putin as the key to keeping others in check.

Kadyrov has few friends in Moscow beyond the Russian president, and he has emerged as a leading critic of Russia’s military leadership – particularly Defence Minister Sergei Shoigu. On October 6 he followed the suggestion by Kiril Stremousov, the Moscow-backed chief of occuptied Kherson, that Shoigu should consider suicide with the claim that General Oleksandr Lapin, a Shoigu ally, should be sent to the front lines to “wash away his shame with blood”.

The concern here is that should Putin exit the political stage, Kadyrov would be very difficult to control. He has what amounts to his own private army (the Kadyrovtsy, who are loyal to him and have been implicated in numerous human rights abuses). More than that, he could be incentivised to exploit a power vacuum by seeking greater independence.

This is important because Russia’s multi-ethnic makeup has not erased ethnic identities and ideas about nationhood.

History is instructive here on two counts. One is that the dissolution of the USSR in 1991 was not brought about by Gorbachev, its last general secretary. Rather, the Soviet collapse was engendered by Boris Yeltsin, then-leader of the Russian Republic – as the largest part of the USSR – and the first president of the new Russian Federation.

More broadly, the end of the Soviet Union came about due to simultaneous national revolutions, with Ukraine, Belarus, the Baltic States and the Central Asian former republics of the USSR all choosing self-determination rather than continuing to be part of the Soviet empire.

A second historical fact is that the end of the USSR saw the creation of four new nuclear-armed states: Belarus, Kazakhstan, Russia and Ukraine. But the lesson of Ukraine in 2022 – which in 1991 was the most reluctant of the three non-Russian countries to hand control of the nuclear weapons on its territory back to Moscow – is that it is vital to retain every instrument of power as potential insurance.

Gradually, and then all at once

This is why, aside from the human rights emergency it would represent, a fragmented Russia (or one in the middle of a civil war) would put regional and global security in a precarious position. Even a localized breakup would inevitably be along ethnic lines, and potentially create a variety of nuclear-armed aspirant statelets.

And while the end of the Soviet Union literally reshaped the map of Eurasia, any contemporary splintering of Russian power would potentially be far more dangerous, with no guarantee a potentially bloody domino effect could be averted.

So is it speculative to talk about a future Russian collapse? Yes. Is there evidence it is imminent? No. But in many ways that’s the problem: when authoritarian regimes implode, they tend to do so very quickly, and with little warning.

Hence in the Russian case, it is important to consider all possible eventualities, even if they might appear implausible at the moment. And, if nothing else, it is always better to be pleasantly surprised than blindsided by events we inconveniently decided not to foresee. 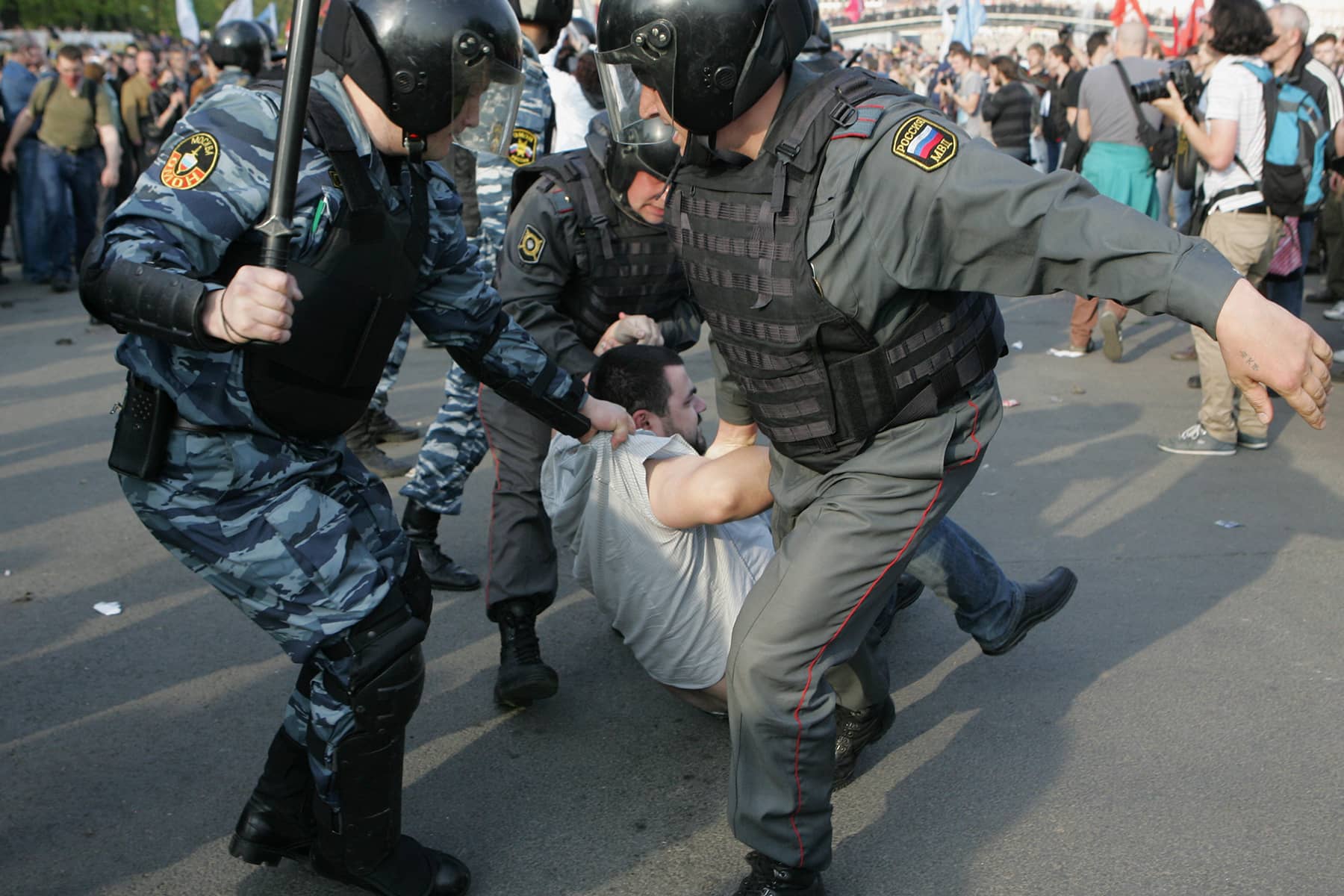 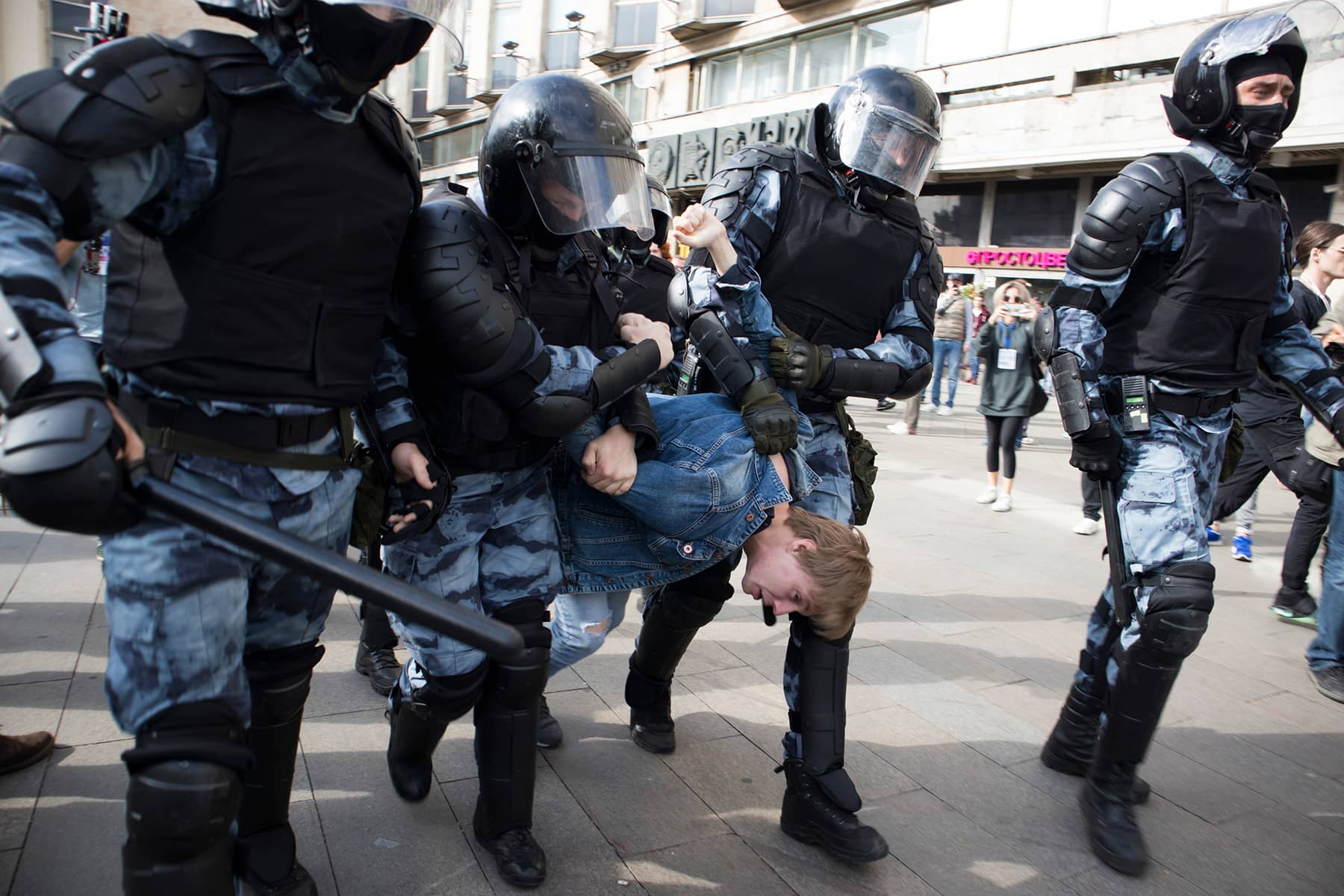 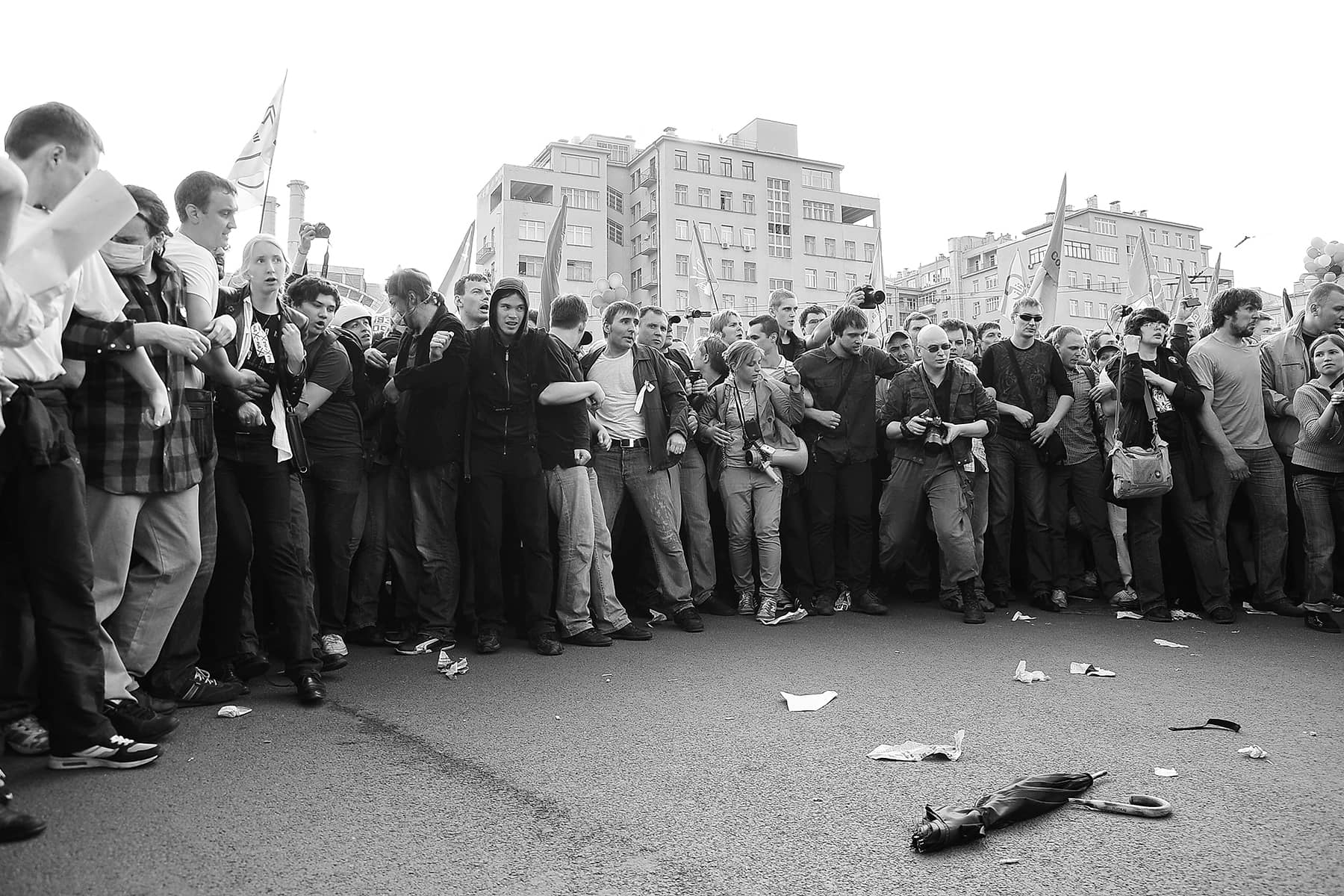 Originally published on The Conversation as Could Russia collapse? 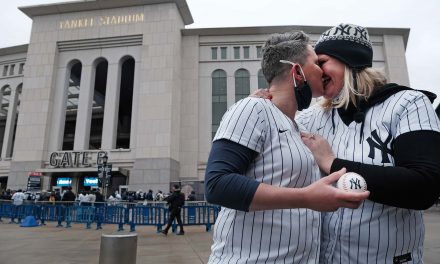 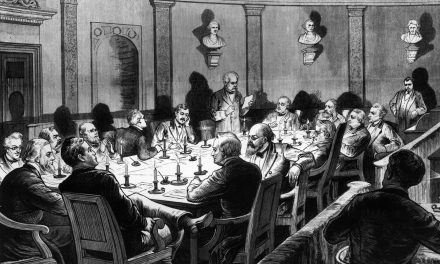 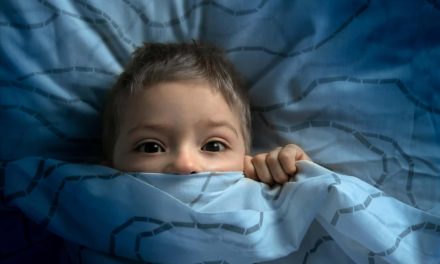 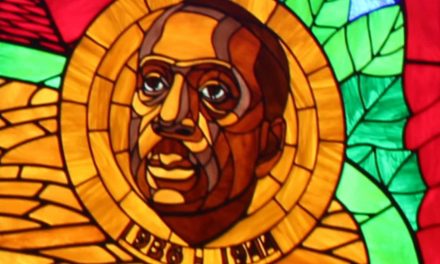