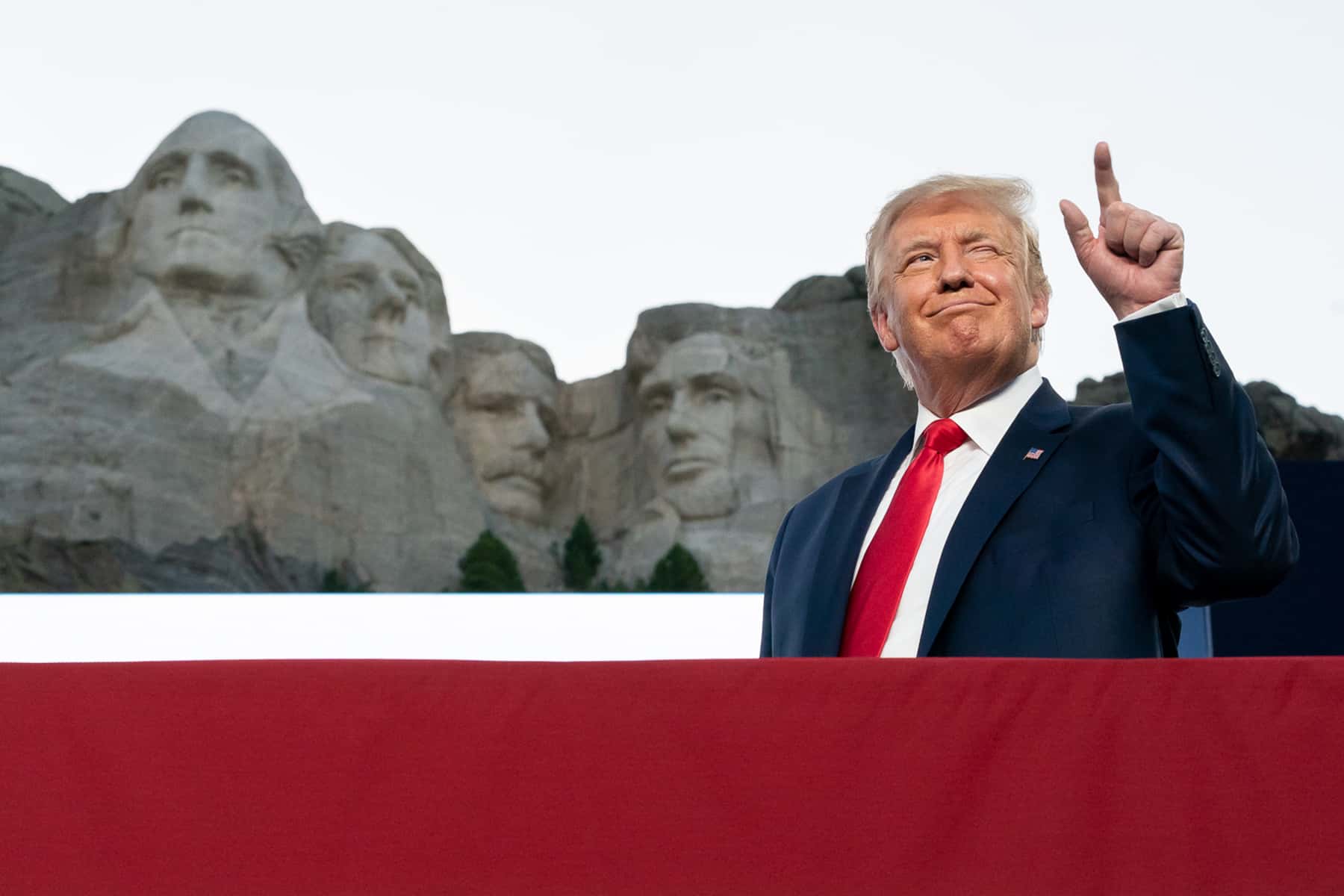 Trump is running far behind Democratic nominee Joe Biden in the polls. In early February 2020, at its best, his overall popularity rating hovered close to 50%. In the same month, according to a Gallup poll, 63% of Americans approved of the way he was handling the economy. To keep this economic success story going, Trump downplayed the coronavirus, leaving us wide open to its devastation. It hit the U.S. in earnest shortly after this poll was taken.

The economy shut down, and we plummeted into the worst economic crisis since the Great Depression. But Trump is determined to be reelected, so determined that he has begun to suggest he will not accept a Biden victory as valid. There is room to speculate about why he is so obsessed with reelection that he took the unprecedented step of filing for reelection way back in January 2017, on the day of his inauguration.

One possible answer is that campaign money can be used to pay for lawyers under certain circumstances. As of May, the campaign had spent more than $16 million on legal services—in comparison, George W. Bush spent $8.8 million; Barack Obama spent $5.5 million; and, in May, Biden had spent just $1.3 million. Another possible answer is that the Department of Justice maintains that a sitting president cannot be indicted.

To pull off a win Trump is trying to guarantee loyal Republican voters will show up to vote. To that end, he is favoring evangelical voters, his most loyal bloc. The August 18 posthumous pardon for Susan B. Anthony was a gift to anti-abortion activists; on August 22 Trump explicitly called the attention of evangelical Christians to his lie that “The Democrats took the word GOD out of the Pledge of Allegiance at the Democrat National Convention.”

They didn’t. The Muslim caucus and the LGBTQ caucus, both of which met privately, left the words “under God” out. All the public, televised events used the words.

On Sunday morning, August 23, he was more abrupt. He tweeted: “Happy Sunday! We want GOD!” And then he went golfing.

He is also trying to consolidate power over Republican lawmakers, making the party his own. The Republican National Convention starts tomorrow night, and it seems it will be the Trump Show. The convention was initially supposed to be in Charlotte, North Carolina, and then Trump moved it to Jacksonville, Florida, when North Carolina Governor Roy Cooper, a Democrat, would not guarantee he could have full capacity despite the coronavirus.

Finally, in the wake of the under-attended Tulsa rally, Trump recognized that the convention would have to be virtual. But this has left planners scrambling to plan a convention in four weeks, when planning one usually takes a full year. No one seems quite sure what is going to happen.

It is traditional for a candidate to put in a short appearance to acknowledge the nomination and then give a keynote acceptance speech on the last day. But the RNC’s announced line-up features Trump speaking every night in the prime-time slot. The speakers include the First Lady and all of the adult Trump children, including Tiffany, but do not include any of the previous Republican presidents or presidential nominees, which is unusual.

Trump will speak live from the White House. This raises legal questions because while the president and vice-president are not covered by the Hatch Act, which prohibits federal employees from engaging in political activities, the rest of the White House staff is. Further, it is against the law to coerce federal employees to conduct political activity.

Vice President Mike Pence will also speak from federal property, possibly Fort McHenry, the First Lady will speak from the newly renovated Rose Garden, and Secretary of State Mike Pompeo will apparently speak from Jerusalem while on an official trip to the Middle East, although secretaries of state generally do not speak at either political convention. Democrats have raised concerns about the overlap between official property and business and the Trump campaign.

The Republicans have written no platform to outline policies and goals for the future. Instead they passed a resolution saying that “the Republican Party has and will continue to enthusiastically support the President’s America-first agenda.” The party appears now to be Trump’s. But….

The Republicans’ next resolution calls on the media “to engage in accurate and unbiased reporting, especially as it relates to the strong support of the RNC for President Trump and his Administration.” And a final resolution prohibited the Republicans from making any motions to write a new platform.

If you read that carefully, you see people trying to convince everyone that they are united, when they are, in fact, badly split.

Trump’s extremism is alienating the voters that other Republican lawmakers need to stay in power, and those lawmakers are trying to keep their distance from him without antagonizing his base. On August 22, in Portland, Oregon, the police refused to respond as neo-fascist Proud Boys and armed militia members staging a “Back the Blue” rally attacked Black Lives Matter protesters, who fought back. It is a truism in American history that violence costs a group political support, and militia groups are angry because Facebook has banned them, hurting their ability to recruit.

Also on Sunday, August 23, in Kenosha, Wisconsin, police officers shot Jacob Blake, a Black man, in the back multiple times in front of his children; the shooting was caught on video and has sparked outrage.

So the best option for the president to win in 2020 might be to keep Biden supporters from voting. The House just passed a bill committing $25 billion to the United States Postal Service and to stop Postmaster General Louis DeJoy from making more changes that are delaying the delivery of the mail. Today, Senate Majority Leader Mitch McConnell (R-KY) refused to take up the bill.

But Americans have figured out that they can avoid using the slowed USPS by turning to Ballot Drop Boxes. So today, Trump tweeted that “Mail Drop Boxes… are a voter security disaster,” that are “not COVID sanitized.” Twitter slapped a warning on it: “This tweet violated the Twitter rules about civic and election integrity.” 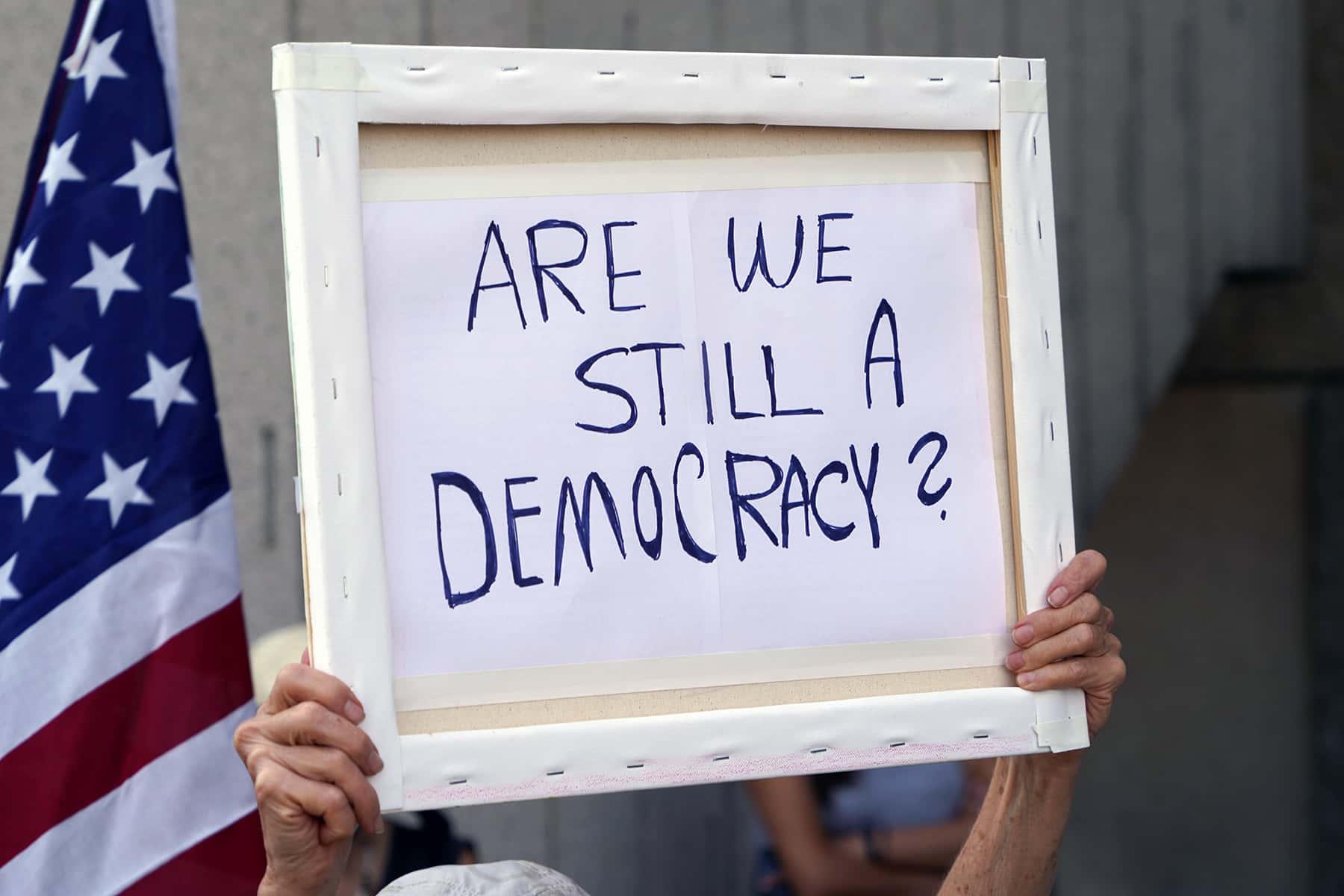 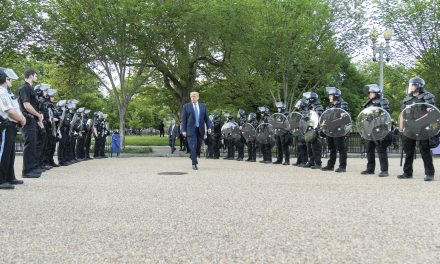 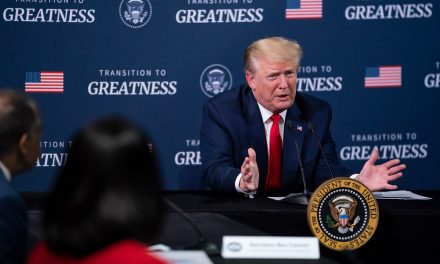 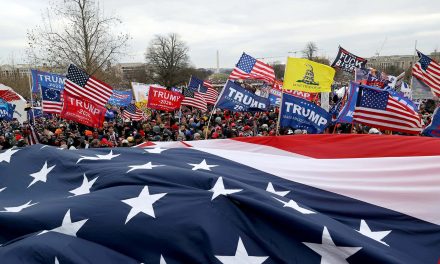