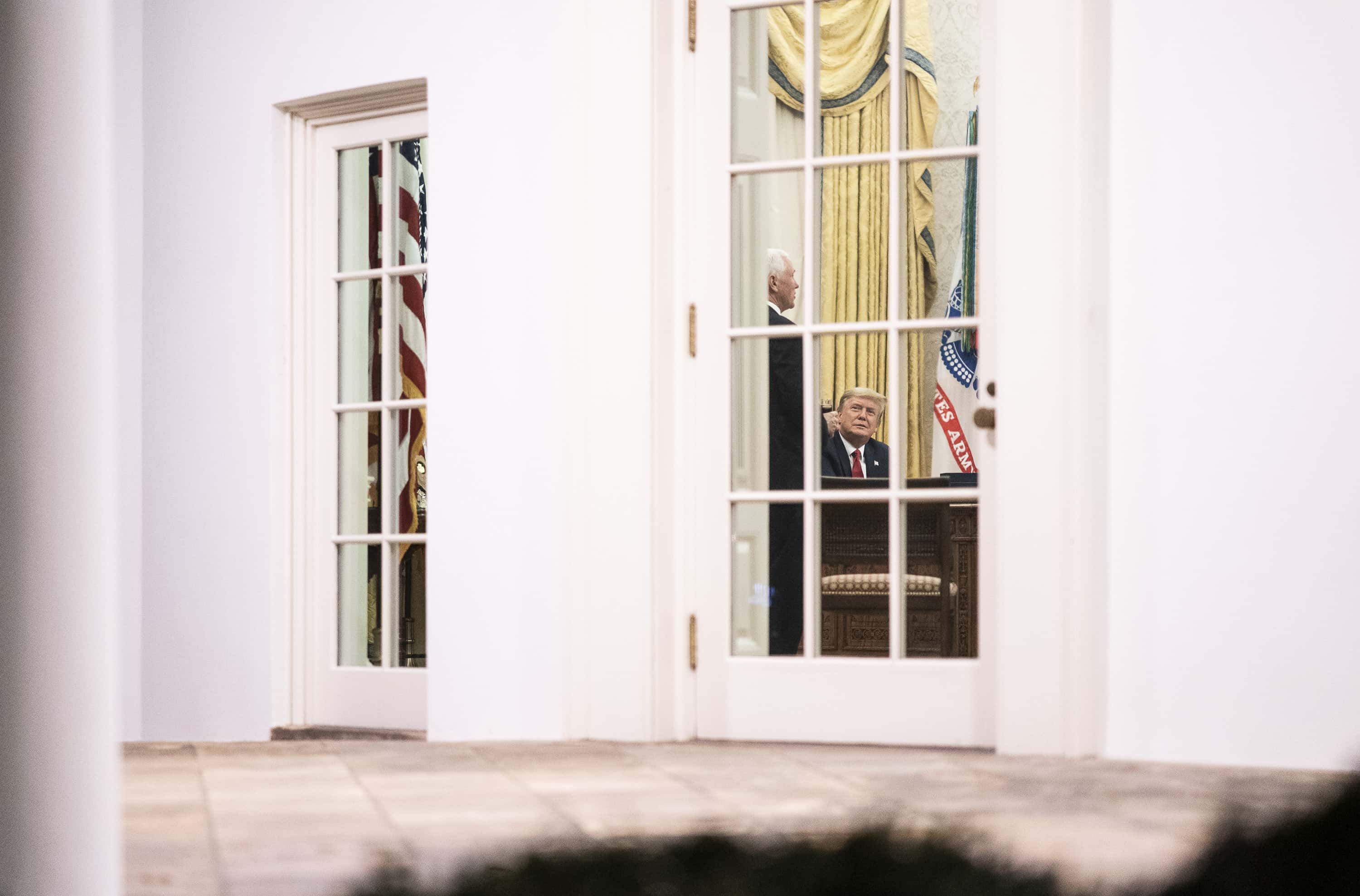 On January 20, 2017, Trump took the oath of office and gave his “American Carnage” speech describing America as a hellscape, and we were off to the races.

Trump vowed he would smash norms and boundaries to “drain the swamp.” He filled positions in his administration with political operatives and appointed his son-in-law Jared Kushner to manage so many projects it would have been funny if it weren’t so deadly serious. The policies the administration advanced were usually hastily and poorly conceived; when the courts overturned them, Trump complained of “the Deep State.”

Days after he took office, he issued the travel ban aimed at Muslims, the first in a series of actions throughout his presidency designed to subordinate people of color to white Americans. The racism in his rhetoric and regulations pulled white supremacists behind him. On August 11-12, 2017, they rioted in Charlottesville, Virginia. Their protest of the removal of a statue of Confederate General Robert E. Lee became an attempt to create a political vanguard.

The “Unite the Right” rally turned violent, injuring more than 30 people and killing 32-year-old Heather Heyer, whose last Facebook post before she joined the counter protest in Charlottesville read: “If you’re not outraged, you’re not paying attention.” Three days after the riots, asked about the violent protests in Charlottesville, Trump said that “you… had people that were very fine people, on both sides.” People took that, rightly, as Trump’s support for white supremacy and the gangs that advanced it, a support illustrated dramatically in summer 2020, when he and his attorney general, William Barr, used federal troops against peaceful Black Lives Matter protesters.

By spring 2017, there was another crisis on the horizon. The FBI was investigating the cooperation of Trump’s presidential campaign with Russian spies. Trump’s former National Security Adviser, retired lieutenant general Michael Flynn, had lied to the FBI about conversations with then-Russian Ambassador Sergey Kislyak, and Trump pressured then-FBI Director James Comey to stop the agency’s investigation of Flynn. When Comey refused, Trump fired him, prompting the deputy Attorney General Rod Rosenstein to appoint Special Counsel Robert Mueller (then-Attorney General Jeff Sessions had recused himself because he, too, had lied about conversations with Russians) to investigate the ties between Trump campaign officials and Russian operatives.

Both Mueller’s report and the report of the Republican-led Senate Intelligence Committee established that Russian operatives had interfered in the 2016 election to help Trump. They indicated that Trump campaign officials knew what the Russians were doing and were willing to accept their help. The Senate Intelligence Committee also noted that Trump’s campaign chair Paul Manafort gave sensitive internal information about the campaign to a Russian operative in Ukraine. Trump continued to call these allegations the “Russia hoax,” but observers noted that, for all his feuds with other leaders, he seemed oddly solicitous of Russian President Vladimir Putin.

Trump came to office with an expanding economy. In the first three years of his presidency, the economy continued to grow, in part because of tax cuts that slashed the corporate tax rate by 40%. Trump promised that these cuts would be “rocket fuel for our economy,” but economic growth stayed at about 2.9%, the same as it had been in 2015, and more than 60% of the benefits from the cuts went to those at the top 20% of the economic ladder. Even before the pandemic, Trump’s economic policies were projected to add about $10 trillion to the national debt by 2025, an increase of more than 50%.

And then the pandemic hit. Trump first downplayed the crisis, then insisted that Democrats demanding he address the crisis were overplaying it: he called it a Democratic “hoax.” The pandemic tanked the economy, undercutting his best argument for reelection, and by summer 2020 the administration had decided its best option was to reopen schools and the economy and to try to achieve herd immunity through infections. The result was a disaster. On the last day of Trump’s administration, the number of Americans we have officially lost to Covid-19 has topped 400,000. That’s about the same number of people we lost in World War Two.

The pandemic threw about 22 million people out of work and forcing businesses into bankruptcy. As the faltering economy undercut Trump’s plans for reelection, he tried to destroy faith in mail-in ballots, trying to drive people to in-person voting sites. Then, when that didn’t work, he pushed the idea that Democrats would steal the election. Although his Democratic challengers Joe Biden and Kamala Harris won the 2020 election by more than 7 million popular votes and secured the Electoral College by a vote of 306 to 232, Trump and his supporters continued to insist the election was stolen.

On January 6, 2021, Trump and key members of his administration rallied his supporters to attack the counting of the certified electoral ballots for Biden and Harris. Encouraged by the president, the crowd marched to the Capitol with the plan of disrupting the vote. They overpowered the police, killing one officer; broke into the building; and came within a minute of taking our elected leaders hostage, or perhaps executing them on the gallows they built.

In the wake of the attack on the Capitol, the House of Representatives impeached Trump for the second time—the first was in 2019 after he withheld congressionally-approved money to Ukraine in an attempt to bully the newly-elected Ukraine president into announcing an investigation into Joe Biden’s son Hunter in the hopes of weakening Biden as a potential rival in the 2020 election. So, Trump leaves the White House tomorrow facing a second Senate impeachment trial.

Trump has split the Republican Party. His true loyalists intend to turn America into a right-wing, white, Christian nation as embodied in the 1776 Report the administration released on January 18. In the last days of the administration, Trump’s Secretary of State Mike Pompeo is pretty clearly trying to position himself for a 2024 presidential run, tweeting from the official government account of the State Department a long list of what he considers his accomplishments. Others are likely planning to give him a run for his money. Senator Josh Hawley, under suspicion of inciting the January 6 rioters with his support for throwing out Biden’s Electoral College votes, slow-walked Biden’s nominee for Secretary of Homeland Security because Hawley objects to Biden’s plans to create a path to citizenship for undocumented immigrants.

Establishment Republicans are trying to regain control of the party. After the January coup attempt, some corporations announced they would no longer donate to Republicans who had voted to challenge the certified electoral votes, while others declared a moratorium on all political spending. The corporate turn against the Trump wing of the Republican Party strengthened the backbone of the establishment Republicans. on January 19, Senate Majority Leader Mitch McConnell (R-KY) stood on the floor of the Senate and put Trump at the center of the January 6 attack on the Capitol. “The mob was fed lies,” McConnell said. “They were provoked by the President and other powerful people.”

But McConnell went on. He claimed that neither party has a broad mandate after the 2020 elections, which, he said, meant that the Democrats have no call to advance “sweeping ideological change.” He is referring, of course, to the plans of incoming President-Elect Biden and Vice President-Elect Kamala Harris, which he has every intention of stopping.

On January 19, President-Elect Joe Biden arrived at Joint Base Andrews. He traveled in a private plane since Trump refused to extend him the traditional courtesy of a military plane offered from an outgoing president to an incoming one. Trump will not attend Biden’s swearing-in; he will leave for Florida in the morning. In his place, three of the other living ex-presidents will be attending the inauguration: Republican George W. Bush, Democrat Bill Clinton, and Democrat Barack Obama. It is a party of ex-presidents, together to emphasize the peaceful transition of power. Trump won’t be there.

The tide is already turning against him. Vice President Mike Pence has announced he will not be able to attend Trump’s farewell ceremony as he is attending Biden’s inauguration instead. House Minority Leader Kevin McCarthy (R-CA) and McConnell — who will become minority leader on January 20 after the two new Democratic senators from Georgia are sworn in—are not going to see Trump off, either: they will be attending church with Biden before his inauguration.

Today at noon, President-Elect Joe Biden takes the oath of office. He intends to return the government to the principles the Democratic Party has held since the late nineteenth century: that the federal government has a role to play in responding to the needs of ordinary Americans. He has also embraced the traditional Democratic idea that the government should actually look like the people it represents. In an implicit rebuke of Trump’s white nationalism, he has tapped the most diverse set of officials in American history. They are also extraordinarily well-qualified and have many years of experience in government.

Biden and Harris have already outlined a very different administration than Trump’s. Their first task is to combat the coronavirus. Biden wants 100 million vaccinations in his first 100 days in office, and is mobilizing the Federal Emergency Management Agency (FEMA) and the National Guard to make that happen. To rebuild the economy, they have advanced a coronavirus relief package designed to protect children, first, and then women and families. It calls for expanded food relief and rent and mortgage protection, as well as expanded unemployment benefits and a one-time relief payment.

Trump’s administration is, perhaps, ending where it began. This weekend, Russian opposition leader Alexei Navalny returned to Russia after his near-fatal poisoning by Putin’s agents in August. Upon his return to Russia, authorities immediately detained him. Trump refused to join other nations in condemning the poisoning, but on January 18, Senator Mitt Romney (R-UT) demanded that the U.S. hold Putin accountable for “the corruption and lawlessness of the Putin regime.” Joining Romney in calling for new sanctions against Russia were a range of senators from both parties. The act is called the “Holding Russia Accountable for Malign Activities Act.” 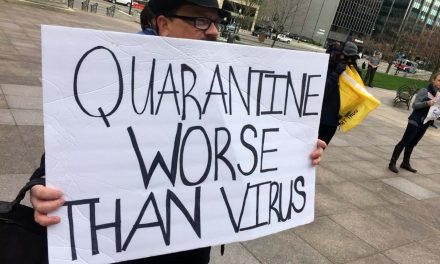 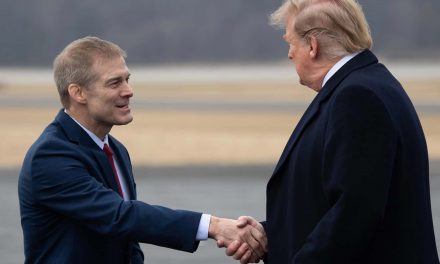 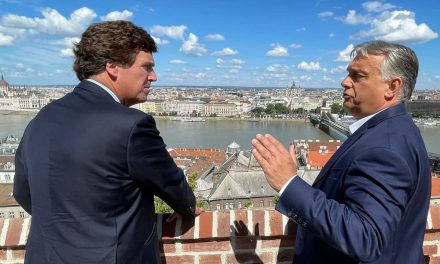 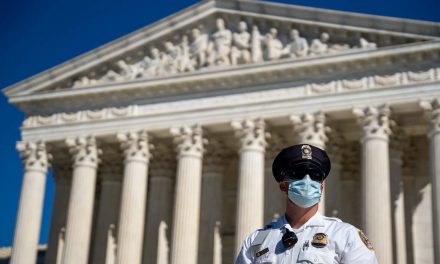