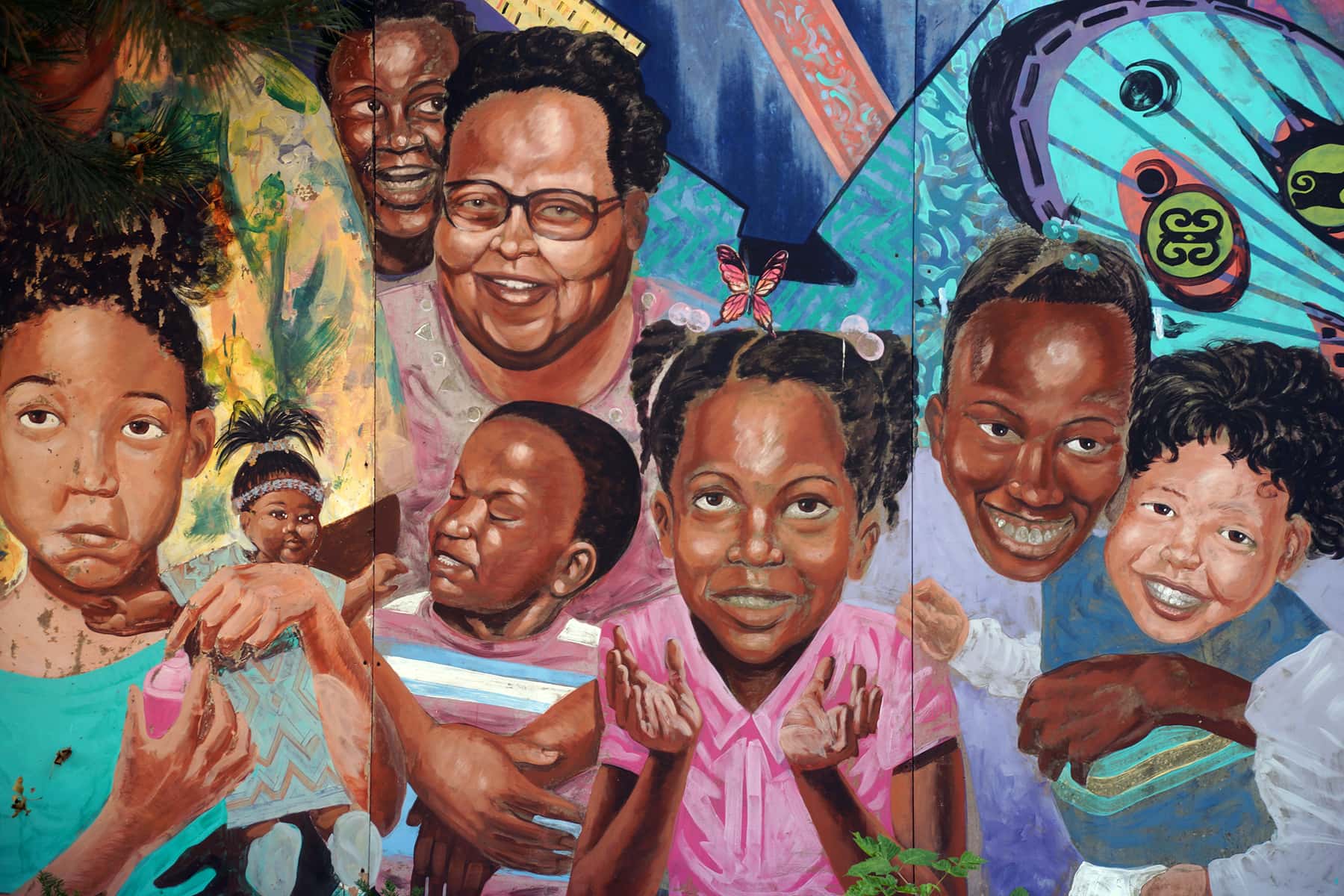 “Those who have no record of what their forbearers have accomplished lose inspiration which comes from the teaching of biography and history.” – Dr. Carter G. Woodson

Have you ever wondered why we celebrate Black History Month? Why is it during the shortest month of the year? Why don’t we celebrate African American contributions year round? This annual celebration began because our schools and society refused to acknowledge that people of African heritage had ever contributed anything to America.

The founder of the celebration, Dr. Carter G. Woodson, wanted to dispel that ugly myth and provide accurate information about the multitude of contributions African people and their stolen children in America had made to the world. Some prefer to call it African American History Month.

The following was written about Woodson by the Association for the Study of African American Life and History (ASALH).

Known as the “Father of Black History,” Woodson (1875-1950) was the son of former slaves, and understood how important gaining a proper education is when striving to secure and make the most out of one’s divine right of freedom. Although he did not begin his formal education until he was [almost] 20 years old, his dedication to study enabled him to earn a high school diploma in West Virginia and bachelor and master’s degrees from the University of Chicago in just a few years. In 1912, Woodson became the second African American to earn a PhD at Harvard University.

ASALH is part of the lasting legacy of this brilliant scholar. He started the organization in 1915 as the Association for the Study of Negro Life and History recognizing the need to create curriculum about the history of Africans and Africans in America. He had a team of many scholars, including poets, philosophers, college presidents, government officials, school teachers, preachers, and regular folk in providing research. As part of this effort, the Journal of Negro History was launched in 1916 as a quarterly publication and in 1937 the Negro History Bulletin added capacity to the organization.

For years blacks had celebrated the birthdays of both Lincoln and Douglass. Woodson took advantage of the opportunity to leverage a strong tradition by using February as the month to extend the already popular nationwide celebrations. During the movement towards black liberation and black power in the late 1960s, the name was changed to Black History Week to honor the move away from the word Negro in common parlance among blacks.

In 1976, as the nation was celebrating its Bicentennial birthday, the celebration was temporarily extended to a month. It worked so well that it became a month long celebration permanently across the country. Some states and cities had already shifted to Negro History Month many years earlier, including West Virginia which did so before Woodson died in 1950.

The famous black educator Mary McLeod Bethune contacted Woodson and expressed to him that his academic training led to writing that most people could not grasp, because it was over their heads. As a result, the Negro History Bulletin, which is now called the Black History Bulletin, was created to provide a way to reach the masses. Woodson was a prolific writer as well, authoring over thirty books, the most famous of which is “The Mis-Education of the Negro” published in 1933 but remains in print today.

Negro History Week came into existence because of a trip Woodson took to Chicago in 1915 at the school where he had earned his Masters Degree, the University of Chicago. The University was hosting a national celebration of the fiftieth anniversary of the ending of slavery in 1865, sponsored by the state of Illinois. Woodson joined the other exhibitors with a display about black history. Thousands of blacks had traveled from far and wide to see information on the progress of blacks since they were given freedom. The overflow crowds inspired Woodson to do more.

According to ASALH, “Woodson decided to form an organization to promote the scientific study of black life and history before leaving town. On September 9, Woodson met at the Wabash YMCA with A. L. Jackson and three others and formed the Association for the Study of Negro Life and History (ASNLH).”

Woodson advocated for black civic and other organizations to promote the scholarship he and others were detailing in the Journal of Negro History. He hoped that this history would become popular and be used to teach a true and accurate history of black people.

“We are going back to that beautiful history and it is going to inspire us to greater achievements.” – Carter G. Woodson

Woodson was disappointed in the slow progress of acceptance and gathering of scholarship and decided to take on the work at the ASNLH in 1925. A simple press release launched Negro History Week in February 1926. He wanted to extend the celebration of the lives of Lincoln and Douglass to honor the lives of black people more broadly. Woodson thought celebrating these two famous men was mostly a waste of time. He proposed switching to a celebration and study of ordinary men and women. In his eyes, these were the true makers of history. He wanted to celebrate all of his people, not simply one of them.

Woodson was also clearly aware of the fact that the story of Lincoln freeing the slaves was not true. Freedom came about due to the sacrifices of nearly 200,000 black men who fought in the Union Army and Navy. Woodson wanted to tell the stories of the millions of blacks who had made tremendous contributions to the history of humanity.

The response to Negro History Week was immediate and overwhelming. Blacks around the country were enthralled by the evidence which proved that they came from a race of people that contributed to human history in a way that was the polar opposite of what they had heard from inside and outside the halls of academia. Negro History Clubs were formed across the country to honor the celebration.

“By the 1930s, Woodson complained about the intellectual charlatans, black and white, popping up everywhere seeking to take advantage of the public interest in black history. He warned teachers not to invite speakers who had less knowledge than the students themselves. Increasingly publishing houses that had previously ignored black topics and authors rushed to put books on the market and in the schools. Instant experts appeared everywhere, and non-scholarly works appeared from ‘mushroom presses.’” – Daryl Michael Scott

Woodson worked exceptionally hard to ground the celebration in true and accurate scholarly research. Despite his best efforts, it was too late. To this day, historians who have studied this history do not create much of what is used to teach during Black History Month. So much repetition of the same stories has led to Black History Month fatigue among teachers and students alike. Even though the annual celebration is widely known, most primarily white school districts around the nation refuse to even acknowledge Black History Month.

Woodson hoped prior to his death in 1950 that the weekly celebrations would become unnecessary and end while the study and celebration of black history would continue. The goal was to get the information in the textbooks and classrooms of America so that everyone would recognize that black history was simply one component of American history. He promoted the study of “blacks in history” instead of black history as something that should take place all year long.

The use of the weekly celebration to add supplemental material to U.S. history classes became common in black schools in the 1940s. Many black students, taught in segregated all-black schools, learned and valued black history. Unfortunately, when the Brown v. Board of Education Supreme Court case was implemented, many black schools closed and thousands of their teachers were fired throughout the South. As a result, barely anyone was teaching black history with fidelity to black children.

Some people say the month-long celebration is a waste of time. They state that are we past labels by now. I disagree. In my experience, as both a student and a teacher for nearly a decade, I saw the value of the celebration – particularly among our youngest children. These young students put a great deal of effort into something that made them feel proud to be black.

Our schools still do not teach much at all about the history of blacks beyond slavery and the Civil Rights Movement. Our schools are wasting the tremendous amount of educational resources available about blacks. We need more than a simple round of Black History Month trivia to understand the impact that African Americans have had on their nation and the world stage.

I strongly advocate for our teachers to learn this history properly so that they can teach it better. Not knowing the history well and simply depending on the Internet for research is wasteful. We can and should do better. Knowing black history is valuable for all of us. It is impossible to understand the history of the world without black people in that narrative.

We cheat ourselves by dismissing blacks from our history classes and textbooks. Textbook manufacturers such as Pearson need to create accurate accounts of blacks interwoven in history. We will all be intellectually richer and more balanced human beings by acknowledging these great contributions – both past and present.

So many of the biases against blacks can be dispelled by an honest study of their history, sharing the good and the bad. Contextualizing the lived experiences of blacks will go a long way toward eliminating the unconscious and conscious biases against blacks that are so common in our country. These biases are far too prevalent in our national consciousness. These biases are transmitted to the rest of the world like a virus by the wide reach of our mass media. 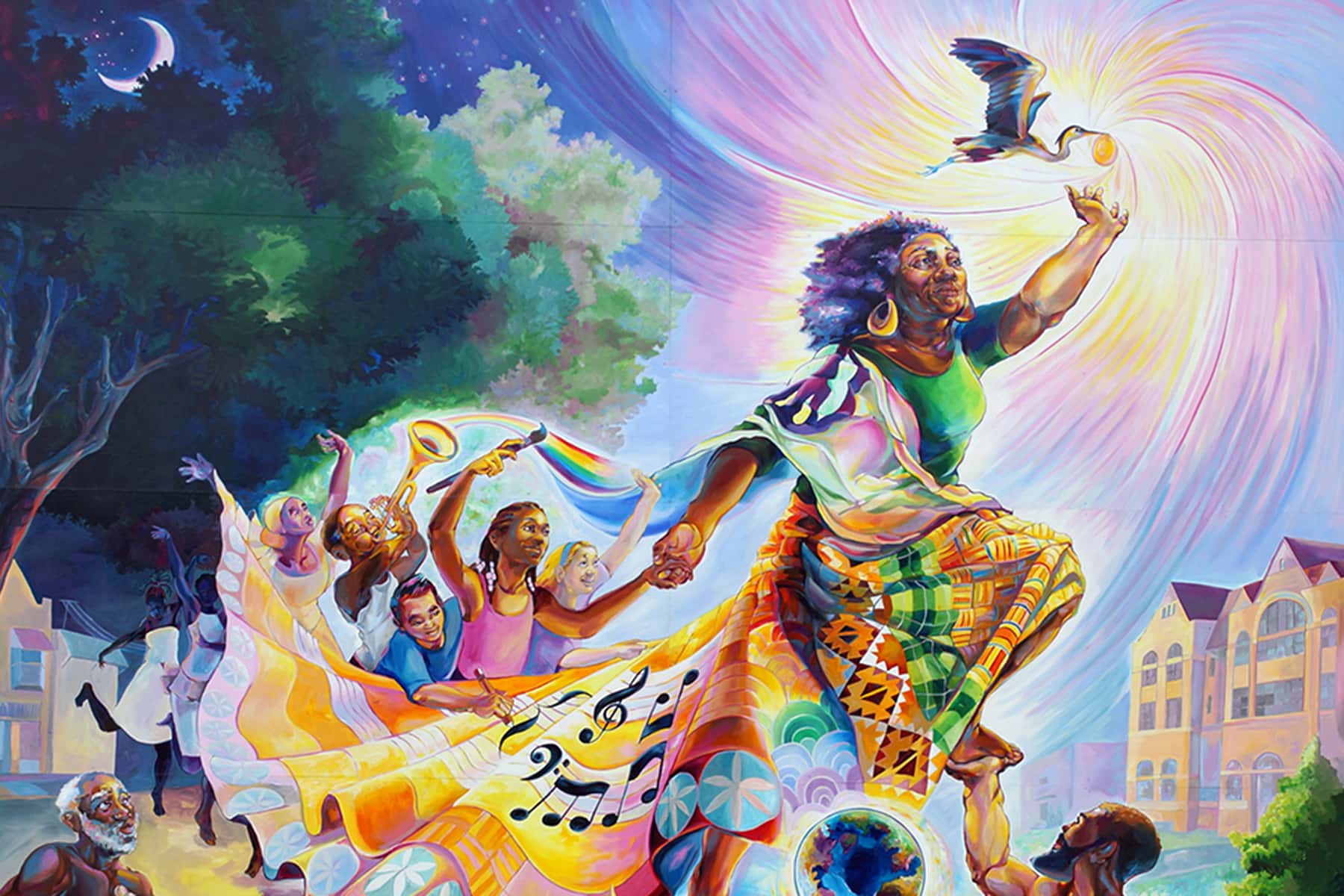 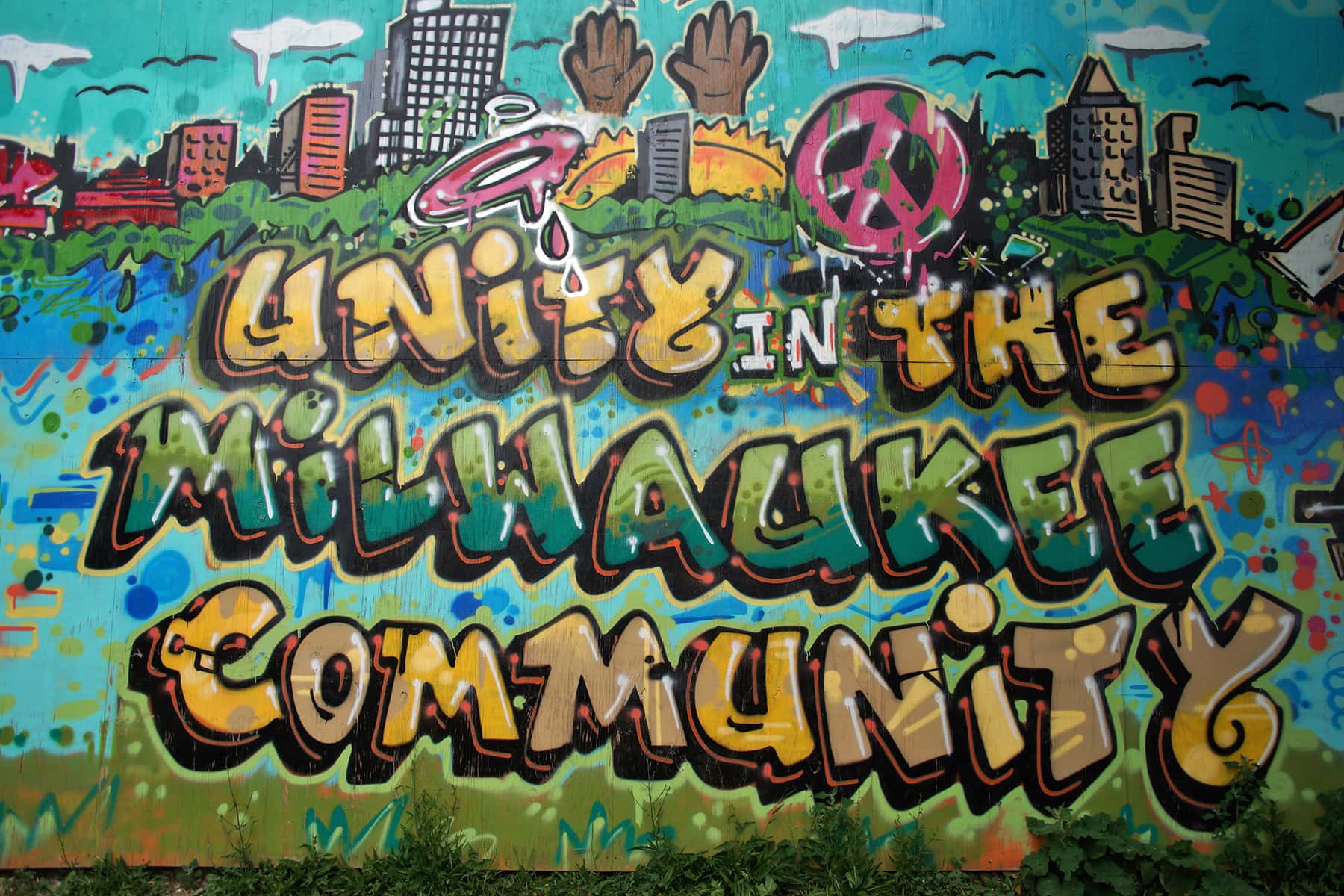 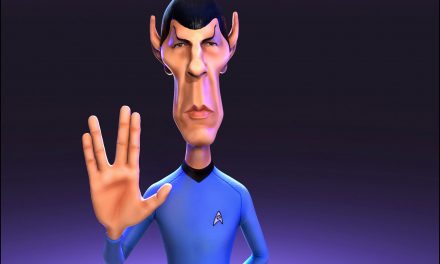 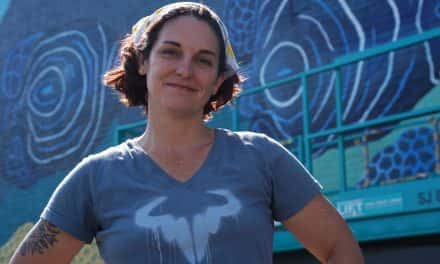 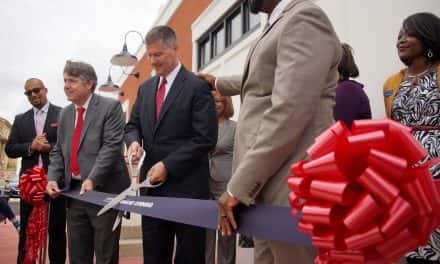 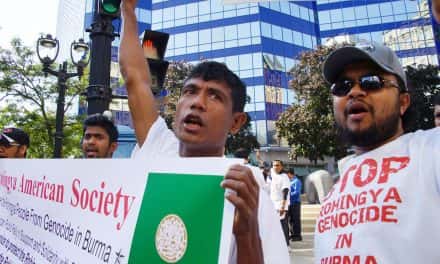