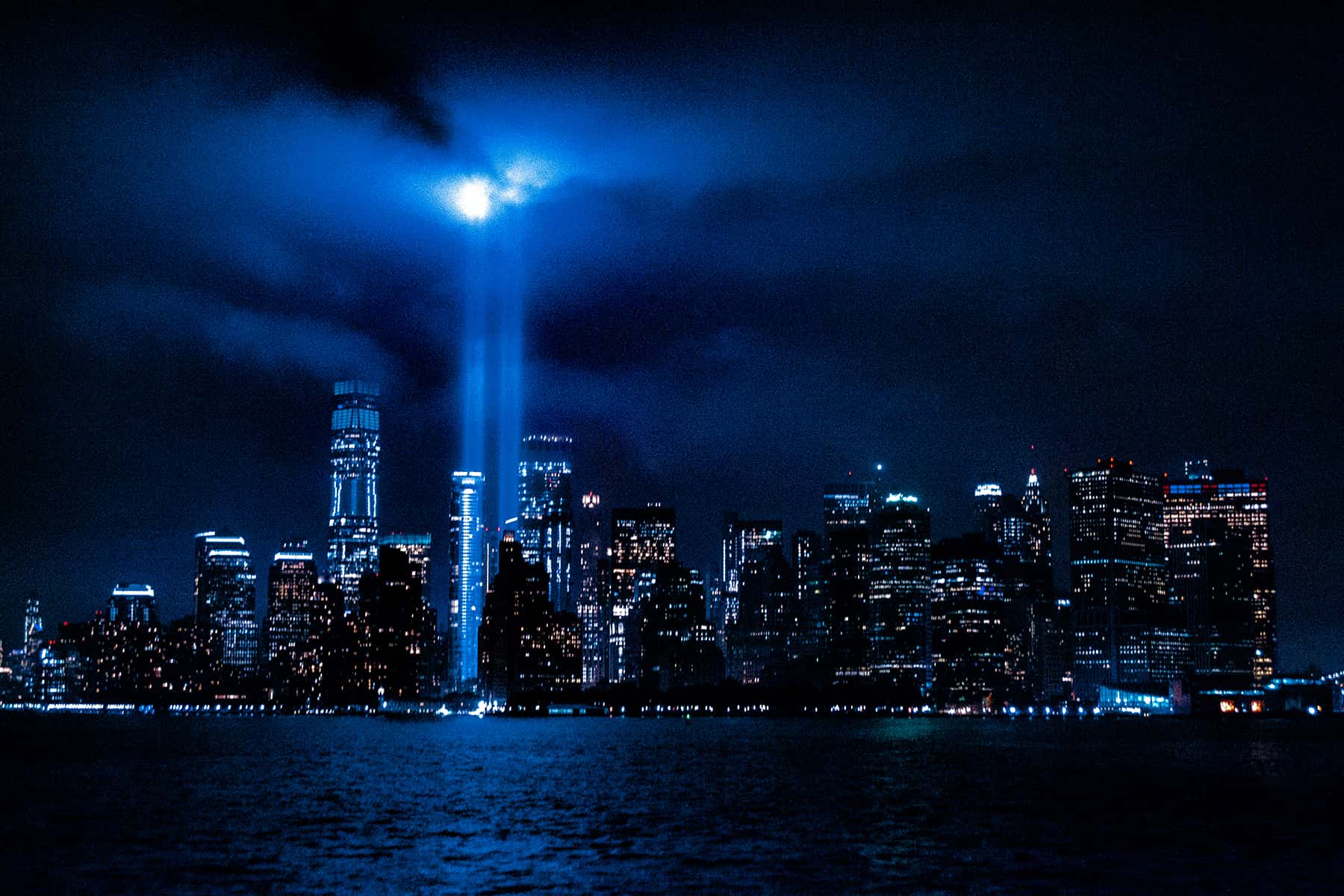 It can be said that it is one thing to remember, but yet another thing entirely to understand and reflect on.

Undoubtably, September 11, 2001 has been seared into the collective psyche of America yet headlines still remind us that we must remember. For example, yesterday’s USA Today front page read, “America Doesn’t Forget,” and lots of other publications have echoed this same sentiment over the years. A collective demand of unified Nationalism.

If you are old enough to remember that terrible day, then these headlines certainly back many of your feelings associated with that time period. If you watched the coverage or had the unfortunate circumstances of being anywhere near the World Trade Center (WTC), then you probably remember the sights, smells, and sounds of that day.

As the minutes and hours went on that morning, our eyes witnessed New York engulfed in the dust of two building that were reduced to rubble while thousands of people were buried alive inside of them.

Just as in most tragedies, we also witnessed the height of heroism as firefighters, police officers, and first responders sacrificed their own lives in an attempt to save survivors. By the end of the day, nearly 3,000 fatalities and tens of thousands of injuries were counted in the short-term impact. The long-term impact was yet to come.

My personal journey has been marked by two life alternating dates: September 11, 2001, and August 5, 2012. The first date obviously marks this shift in America’s psyche to address foreign terrorism and the latter marks the urgency to address home-grown domestic terrorism.

September 11th was a typical morning for me, except this time my roommate woke me up to the sounds of, “wake up, a plane just crashed into a building in New York.” Thinking nothing of it, I dozed back into a semi-sleepy state, only to have him enter my room nearly 17 minutes later to inform me that a second plane had crashed into the World Trade Center. Fearing the worse, I immediately woke up and was also glued to the television.

As more and more coverage was broadcast, I felt that life in the United States and the world was about to change forever. At that time, I was a recent college graduate who was about to embark on my career as a police officer in the City of Milwaukee. However, the days immediately following 9/11, I spent most of my time at my parent’s convenience store on the southside of Milwaukee explaining to customers, “Yes, we wear turbans, but we are not terrorists.”

Our world had indeed changed and it was in the aftermath of 9/11 that I discovered just how conditional our existence in America is.

White American vitriol was already in the air by the time it was announced that al Qaeda was behind the hijacking of all 4 flights that day. As military families readied for war, police officers and firefighters honored as martyrs, and victims mourned, the implications of 9/11 was already being felt by America’s Muslim, Sikh, Hindu, Middle-Eastern, Southeast Asian, and foreign communities.

Broadly televised images of American pride and heroism were all over the airwaves in the days following the attacks. Americans draped themselves in patriotic red, white, and blue to show solidarity against a common enemy. President Bush addressed the nation and spoke with conviction against a foreign foe. A unification only reserved for war-time Presidents fighting against a threat of imminent danger.

The first person killed in the backlash to 9/11 was a Sikh father and gas-station owner, Balbir Singh Sodhi. He was helping plant flowers at his business when 42-year-old Frank Roque mistook him for an Arab Muslim, shooting him 5 times and killing him. Roque would later visit a nearby bar to boast, “they’re investigating the murder of a turban-head down the street.”

Over a decade later, I was able to talk with Sodhi’s family after the hate crime death of my father in 2012. To see the impact of hate on the faces of his children and wife solidified that this type of violence is communally traumatizing. Sodhi was the innocent victim of the misguided vitriol of American Patriotism. He would not be the last victim of this type of hatred. As we remember the victims of 9/11, we need to equally remember the family of Balbir Singh Sodhi.

The years after 9/11 have indeed been challenging, different plights for different communities. Islamophobia and xenophobia are still very much a part of our national identity. Politicians and pundits have exploited our anxieties to further divide us along religious, racial, and ethnic identities, the most recent being the January 6th insurrection at our Capital.

Post-9/11, the Patriot Act constructed an infrastructure to combat terrorism and launched our country into wars against Muslim dominated countries. A collective American narrative that the U.S. was at war with Islam itself appeared and has justified our national and international policing efforts of foreign-born terrorist threats.

A narrative that has facilitated the recruitment of sympathizers of Islamist terrorist groups such as al-Qaeda, Boko Haram, al-Shabaab, ISIS, and the Taliban who can point to post-9/11 rhetoric as their justification that the West is at war with Islam. American paranoia that has led to a self-fulfilling need to fund a War on Terror which confirmed a mindset that only foreign terrorism is a threat to Americans.

That was until August 5, 2012, when White Supremacist Wade Michael Page murdered 7 at our Gurudwara in the name of inspiring a racial holy war for “blood and soil.”

Over the years, I have been blessed to work with families who have directly lost loved ones in the WTC and those who were forever altered by the hate that followed 9/11. During the course of the past 20 years, we have come to understand the deep impact that this has had on their lives, and the communal trauma that this time period continues to have on our collective consciousness.

It is not enough to simply remember, but we must genuinely reflect. As America processes the past 20 years, we must be sincere and honest where we are as a country and how we got here. We need to move forward with the fundamental understanding that the work we do to combat violent extremism must evolve to focus on the domestic threats as well as foreign threats.

Media must be more careful to not generalize messages of pride leading to entire subgroups and minority groups being vilified. In some ways we have healed, but in many ways, we are still very raw. Today, we should center our thoughts on the families of all those who lost loved ones that day and in the days that followed.

I wish you and yours healing love. May God Bless us all. 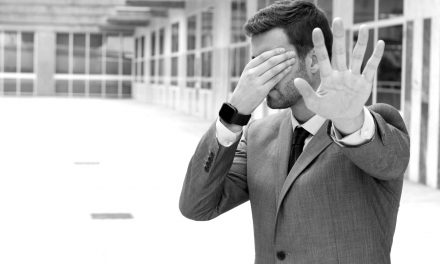 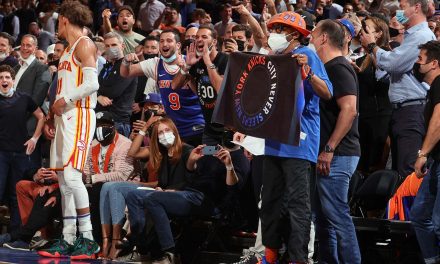 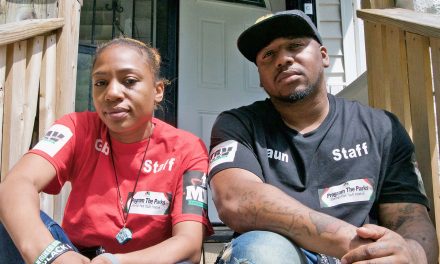 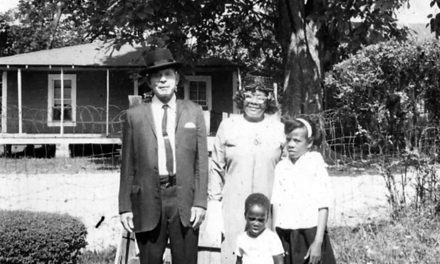