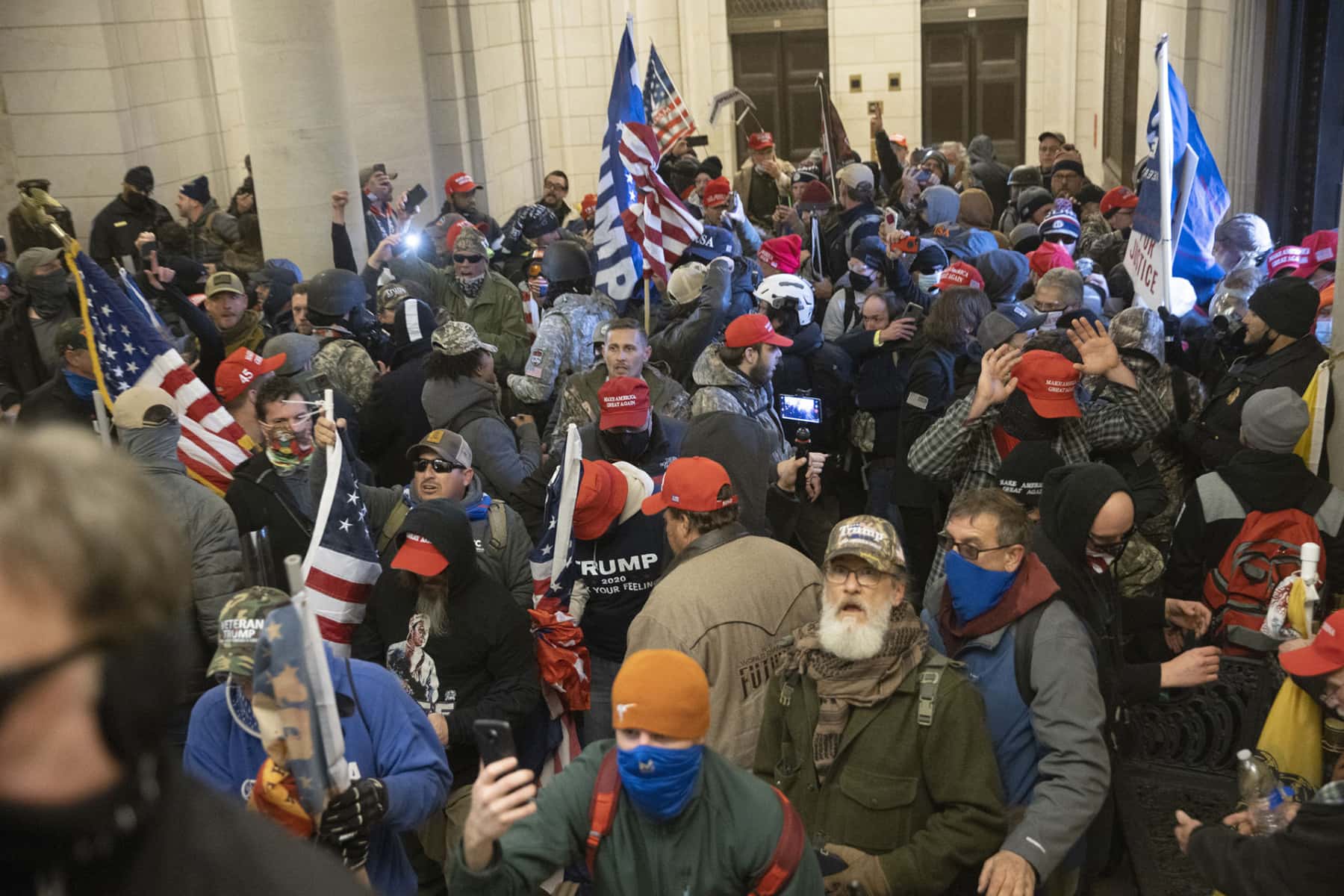 Congressman Steve Scalise, the #2 Republican in the House of Representatives and the guy who ran for office from Louisiana as “David Duke without the baggage,” has announced he was whipping Republican votes to block a criminal contempt referral to the DOJ from the January 6 Select Committee against Steve Bannon.

My father’s Republican Party is now the modern-day Confederacy, and Republicans’ defense of Steve Bannon defying subpoenas this week pretty much proves it. If it keeps moving in the same direction, our American republic may soon be fully transformed into a racist, strongman oligarchy.

The racist and big-money poisons began to take over the Republican Party in the 1950s and 1960s after the Supreme Court ordered an end to school segregation with Brown v Board, and LBJ and the Democrats embraced the Civil Rights, Voting Rights and Medicare Acts.

In aggregate, Johnson’s Great Society offended both the nation’s billionaire oligarchs, who saw Medicare and other programs as “socialism,” and the White racists who were horrified that they’d now have to share schools, hospitals and polling places with African Americans and other minorities.

Those White racists, particularly in the South where the majority of America’s Black people lived, fled the Democratic Party and flocked instead to the GOP. Richard Nixon saw this as the key to his presidential victory in 1968, openly inviting racists in with his “Southern Strategy.”

Thus began the transformation of the party founded by Abraham Lincoln.

At the same time, the Libertarian and Objectivist movements found common cause with the anti-communist movement led by the John Birch Society that saw every effort to help working class or poor Americas as a step towards full-blown Soviet-style socialism. They all marched into the GOP.

“The mob,” as Ayn Rand used to call us American voters, could not be trusted any longer to determine who held power in America, these early leaders of the GOP determined, so they worked out ways to get around a multiracial and politically active populace.

The leading conservative light of the era, William F. Buckley, wrote for his National Review magazine an article titled Why The South Must Prevail:

“The South does not want to deprive the Negro of a vote for the sake of depriving him of the vote,” Buckley wrote. “In some parts of the South, the White community merely intends to prevail — that is all. It means to prevail on any issue on which there is corporate disagreement between Negro and White. The White community will take whatever measures are necessary to make certain that it has its way.”

His article was grounded in a discussion of the jury system, but he couldn’t help veering off-course (or on-course):

“The central question that emerges … is whether the White community in the South is entitled to take such measures as are necessary to prevail, politically and culturally, in areas in which it does not predominate numerically?

“The sobering answer is Yes – the White community is so entitled because, for the time being, it is the advanced race. It is not easy, and it is unpleasant, to adduce statistics evidencing the median cultural superiority of White over Negro: but it is a fact that obtrudes, one that cannot be hidden by ever-so-busy egalitarians and anthropologists.”

It is exactly the philosophy that today animates the new voting laws put into place over the past six months in Florida, Georgia, Texas and multiple other states. Racists and big money seized the GOP, and the GOP then drained 40 years of wealth from the Middle Class.

The merger of racism and big money reached its first peak in 1980 with the election of Ronald Reagan, who openly ran on “states’ rights” and the argument that government was the cause, not the solution, to the nation’s problems. Just leave everything to the morbidly rich and their magical “free market” and America, Saint Ronnie promised us, would become a paradise. At least for White people.

But it didn’t work out that way for White people or anybody else; instead, the top 1 percent of Americans succeeded in grabbing well over $10 trillion from the middle class over the next forty years and have now largely ringfenced their wealth with bought-off Republicans declaring they’ll never, ever vote to raise taxes on the morbidly rich.

And the billionaires and racists who seized the GOP are now turning it into something not seen in a major American political party since the Civil War. It’s become an anti-American insurgency, along the lines of the Confederacy.

Many of the same wealthy individuals and corporations that brought Reagan to power continue to pour billions into the GOP, an effort that in 2016 brought authoritarian Donald Trump to the White House and threatens to do so again in 3 years.

But this is not even the GOP of Reagan’s time: today’s GOP has now transformed itself into a full-blown anti-democratic neofascist party.

It is no longer the business-loving White-middle-class GOP of the 20th century: it’s now the party of Nazis and the Klan, although they’ve turned in their cartoonish swastikas and white robes for red caps and camo.

Which is presenting the “funder class” in the GOP with a stark decision. Are their tax cuts and deregulation of pollution so important to them that they’ll continue to fund a neofascist party in order to keep them? Early signs are not good.

Social media sites continue to use algorithms that drive increasingly extremist views and have become organizing platforms for lies, racism and “political” actions like intimidating school boards and election officials.

They have been so successful that the majority of Republican voters no longer trust our electoral system and are willing to have Republican-controlled legislatures decide how elections came out rather than voters.

While a small but vocal and credible group of former Republicans — from politicians like Jeff Flake and George W. Bush, to GOP operatives like Steve Schmidt and Rick Wilson, to media figures like Jennifer Rubin and Joe Scarborough — are speaking out and doing so in terms often far more blunt than even Democratic politicians, the oligarchs who own the Party are not listening.

The Republican base, meanwhile, is completely in thrall to Trump and he is showing every sign of running and possibly taking over the country using the 12th Amendment trick I was warning of more than a year ago, this time running John Eastman’s scheme in 2024.

And if not Trump, there is no shortage of ambitious fascist-leaning Republican politicians in the mold of Rick Scott, Ted Cruz, Josh Hawley, Ron DeSantis and Greg Abbott who are more than willing to stand-in for him with the same strategy.

The stage is thus set now for the final, irrevocable transformation of Eisenhower’s Party — and American democracy. The turning point will be the 2022 election if Republicans can retake the House and Senate.

Nineteen states have already changed thirty-three voting laws to accommodate Trump’s and John Eastman’s 6-point-plan to ignore the popular vote and throw the electoral college vote into the House of Representatives to put a Republican loser of the 2024 election into the White House.

This will work if Justice Sam Alito and his rightwing extremist friends on the Supreme Court give the scheme their stamp of approval; Trump lawyer Sydney Powell said this week Alito was prepared to do just that. It is decision time.

Numerous corporations said that they’d stop funding the so-called “treason caucus” of 140+ Republicans who voted to decertify the 2020 election after the January 6th attempted assassination of the Vice President and the Speaker of the House.

Almost all of those corporations, as Judd Legum and David Sirota regularly document at popular.info and DailyPoster.com, have gone back on that pledge.

Eisenhower’s GOP no longer exists: it has been replaced by an authoritarian shell that is home to open racists and billionaire oligarchs who don’t want their businesses regulated or taxed. They are willing to end democracy in America to get what they want.

Will today’s rightwing billionaires and the CEOs of our largest corporations one day be writing similar books? Or, if Trump prevails, will American democracy be so totally wiped out that no future publisher would dare sell such a book? 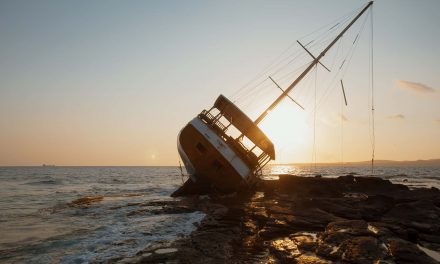 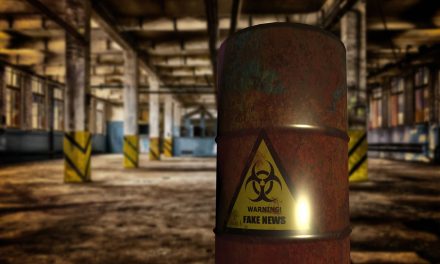 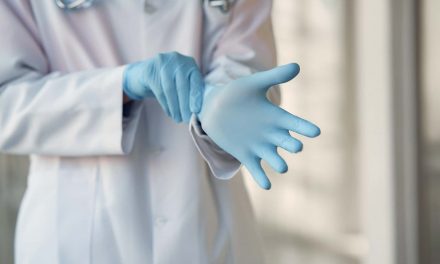 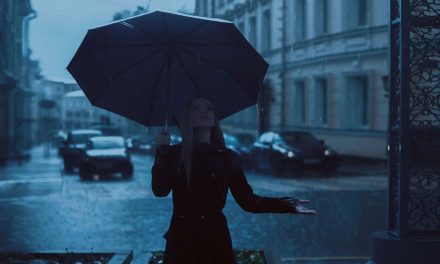