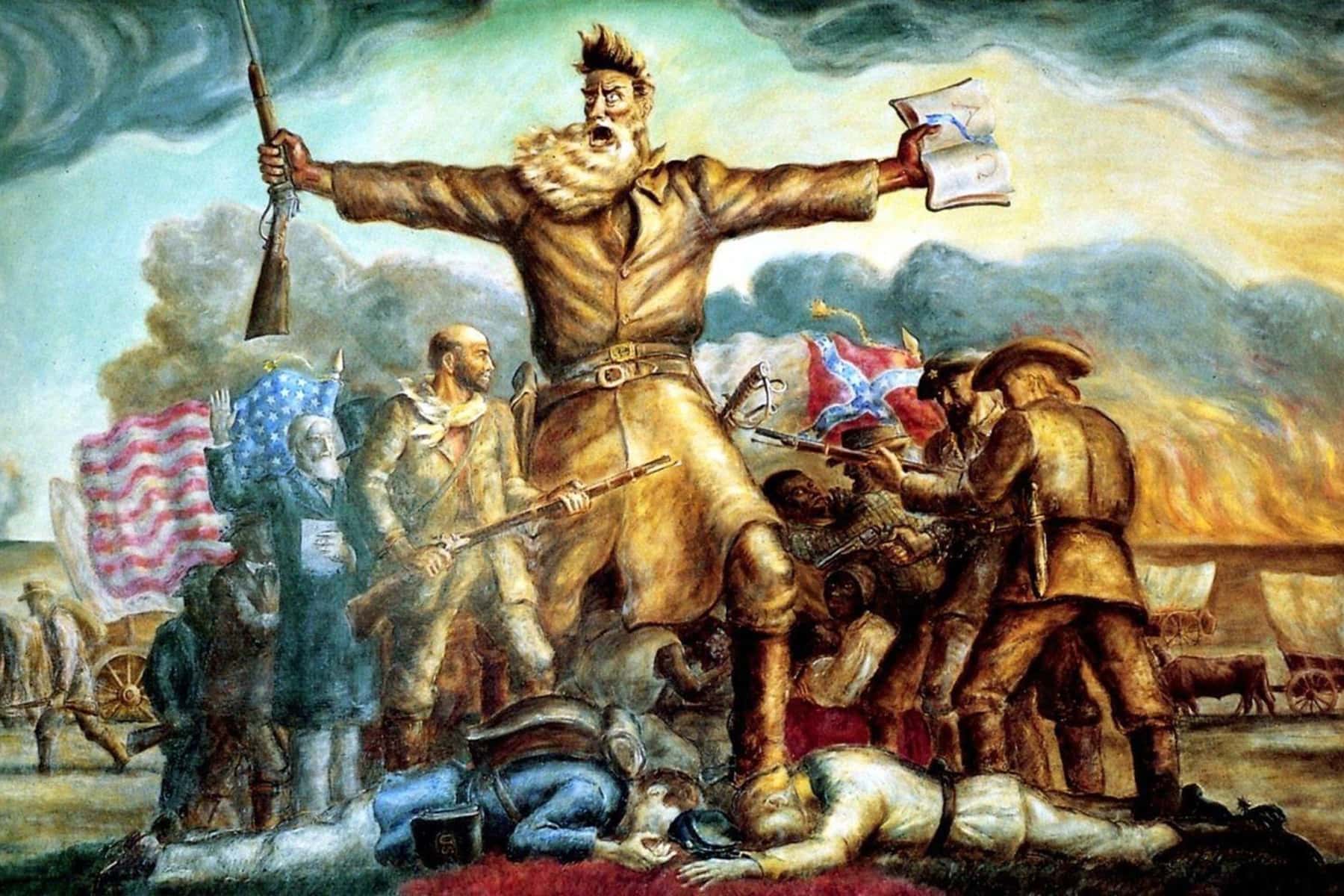 “Give me liberty or give me death.” — Patrick Henry

Article 1, Section 8, of the proposed Constitution had southern slave owners concerned about the future of their economy. Slavery can exist only in the context of a police state, and the enforcement of that police state was the explicit job of the militias.

If the antislavery folks in the North could figure out a way to disband those southern militias—or even just to move the militias out of the states—the police state of the South would collapse. And, similarly, if the North were to invite into military service the slaves of the South, then they could be emancipated, which would collapse the institution of slavery—and the southern economic and social systems—altogether.

These two possibilities worried southerners like James Monroe, George Mason – who owned more than 300 slaves, and the southern Christian evangelical Patrick Henry – the largest slaveholder in the state of Virginia.

Their main concern was that Article 1, Section 8, of the newly proposed Constitution—which gave the federal government the power to raise and supervise a militia—could also allow that federal militia to subsume their state militias and change them from slavery-enforcing institutions into something that could even, one day, free the slaves.

This was not an imagined threat. Famously, 12 years earlier, during the lead-up to the Revolutionary War, Lord Dunmore offered freedom to slaves who could escape the American South and join his forces. “Liberty to Slaves” was stitched onto the pocket flaps of the escapees’ jackets. During the war, British General Henry Clinton extended the practice in 1779. And numerous freed slaves served in General Washington’s army.

Thus, southern legislators and plantation owners lived not just in fear of their own slaves rebelling, but also in fear that their slaves could be emancipated through military service.

At the ratifying convention in Virginia in 1788, Patrick Henry laid it out: “Let me here call your attention to that part [Article 1, Section 8, of the proposed Constitution] which gives the Congress power ‘to provide for organizing, arming, and disciplining the militia, and for governing such part of them as may be employed in the service of the United States.’ . . .

“By this, sir, you see that their control over our last and best defense is unlimited. If they neglect or refuse to discipline or arm our militia, they will be useless: the states can do neither—this power being exclusively given to Congress. The power of appointing officers over men not disciplined or armed is ridiculous; so that this pretended little remains of power left to the states may, at the pleasure of Congress, be rendered nugatory.”

George Mason expressed a similar fear: “The [slave patrol] militia may be here destroyed by that method which has been practiced in other parts of the world before; that is, by rendering them useless, by disarming them. Under various pretenses, Congress may neglect to provide for arming and disciplining the militia; and the state governments cannot do it, for Congress has an exclusive right to arm them [under this proposed Constitution].”

Henry then bluntly laid it out: “If the country be invaded, a state may go to war, but cannot suppress [slave] insurrections [under this new Constitution]. If there should happen an insurrection of slaves, the country cannot be said to be invaded. They cannot, therefore, suppress it without the interposition of Congress. Congress, and Congress only [under this new Constitution], can call forth the militia.”

And why was that such a concern for Patrick Henry?

“In this state,” he said, “there are two hundred and thirty-six thousand blacks, and there are many in several other states. But there are few or none in the Northern States. . . . May Congress not say, that every black man must fight? Did we not see a little of this last war? We were not so hard pushed as to make emancipation general; but acts of Assembly passed that every slave who would go to the army should be free.”

Patrick Henry was also convinced that the power over the various state militias given to the federal government in the new Constitution could be used to strip the slave states of their slave-patrol militias. He knew the majority in the North opposed slavery, and he worried that they’d use the Constitution to free the South’s slaves – a process then called “manumission.”

The abolitionists would, he was certain, use that power (and, ironically, this is pretty much what Abraham Lincoln ended up doing): “[T]hey will search that paper [the Constitution], and see if they have power of manumission,” said Henry. “And have they not, sir? Have they not power to provide for the general defense and welfare? May they not think that these call for the abolition of slavery? May they not pronounce all slaves free, and will they not be warranted by that power?

“This is no ambiguous implication or logical deduction. The paper [proposed Constitution] speaks to the point: they have the power in clear, unequivocal terms, and will clearly and certainly exercise it.” He added, “This is a local matter, and I can see no propriety in subjecting it to Congress.”

James Madison, the “Father of the Constitution” and a slaveholder himself, basically called Patrick Henry paranoid. “I was struck with surprise,” Madison said, “when I heard him express himself alarmed with respect to the emancipation of slaves. There is no power to warrant it, in that paper [the Constitution]. If there be, I know it not.”

But the southern fears wouldn’t go away.

Patrick Henry even argued that southerners’ “property” (slaves) would be lost under the new Constitution, and the resulting slave uprising would be a disaster for them: “In this situation,” Henry said to Madison, “I see a great deal of the property of the people of Virginia in jeopardy, and their peace and tranquility gone.”

So Madison, who had (at Jefferson’s insistence) already begun to prepare proposed amendments to the Constitution, changed his first draft to one that addressed the militia issue to make sure it was unambiguous that the southern states could maintain their slave patrol militias.

His first draft for what became the Second Amendment had said: “The right of the people to keep and bear arms shall not be infringed; a well armed, and well regulated militia being the best security of a free country [emphasis mine]: but no person religiously scrupulous of bearing arms, shall be compelled to render military service in person.”

But Henry, Mason, and others wanted southern states to preserve their slave-patrol militias independent of the federal government. So Madison changed the word “country” to the word “state” and redrafted the Second Amendment into today’s form:

“A well regulated Militia, being necessary to the security of a free State [emphasis mine], the right of the people to keep and bear Arms, shall not be infringed.”

Little did Madison, Jefferson, or Henry realize that one day in the future, weapons-manufacturing corporations, newly defined as “persons” by a dysfunctional Supreme Court, would use his slave-patrol militia amendment to protect their “right” to manufacture and sell guns to individuals who would use them to murder schoolchildren. 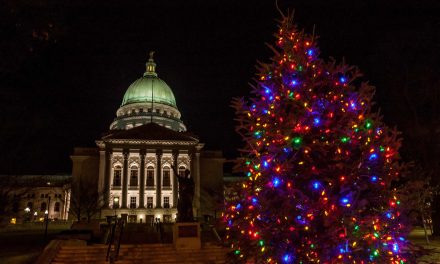 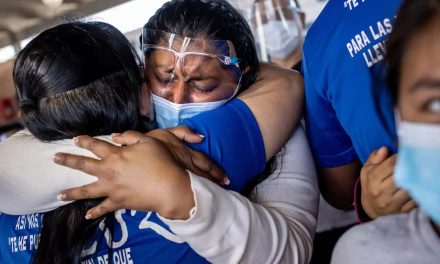 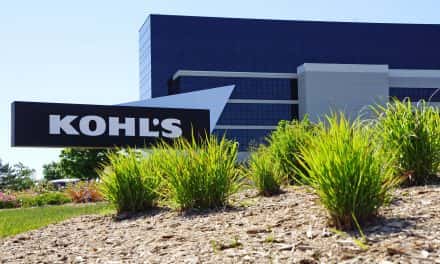 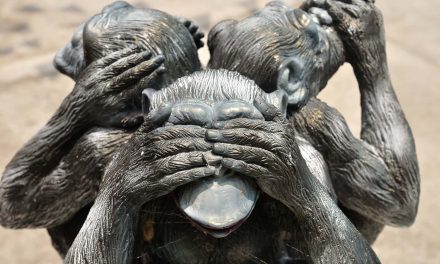