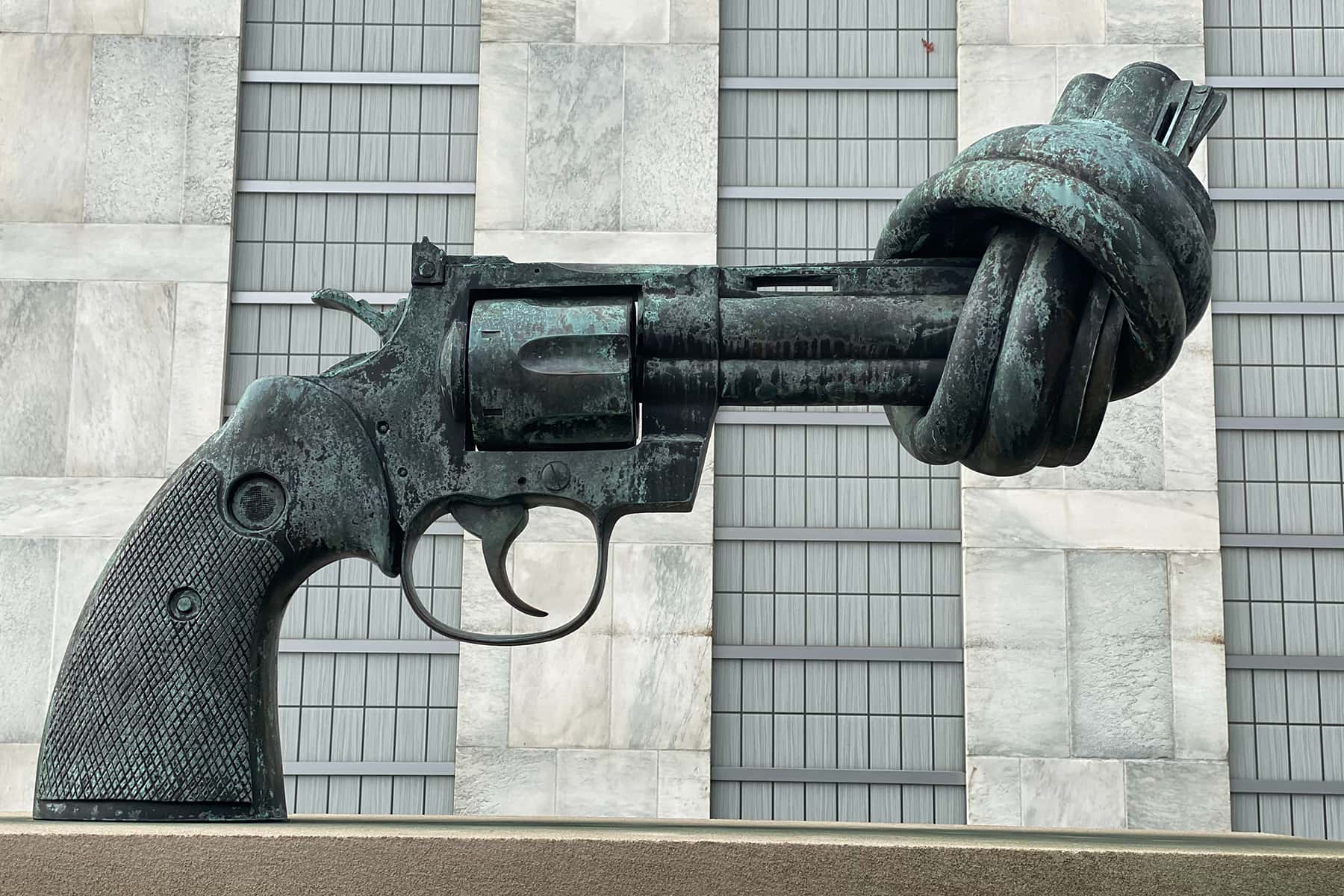 The New York Attorney General’s Press Office announced late on August 5 that Attorney General Letitia James would make “a major national announcement” at 11:30 AM on August 6. When James appeared, she announced she was launching a lawsuit to disband the National Rifle Association (NRA).

The NRA was chartered in New York in 1871, in part to improve the marksmanship of Americans who might be called on to fight another war, and in part to promote in America the British sport of elite shooting. By the 1920s, rifle shooting was a popular sport.

In the 1930s, amid fears of organized crime, the NRA backed federal legislation to limit concealed weapons, prevent possession by criminals, the mentally ill and children, to require all dealers to be licensed, and to require background checks before delivery. NRA officers insisted on the right of citizens to own rifles and handguns, but worked hard to distinguish between, on the one hand, law-abiding citizens who should have access to guns for hunting and target shooting and protection, and on the other hand, criminals and mentally ill people, who should not. The NRA backed the 1934 National Firearms Act, and parts of the 1968 Gun Control Act, designed to stop what seemed to be America’s hurtle toward violence in that turbulent decade.

But in the mid-1970s, a faction in the NRA forced the organization away from sports and toward opposing “gun control.” It formed a political action committee in 1975, and two years later elected a president who abandoned sporting culture and focused instead on “gun rights.”

The NRA had gone into politics. Its officials now opposed all limits on gun ownership, even though basic safety measures have always been popular, even within the NRA’s own membership. In 1980, the NRA endorsed a presidential candidate for the first time ever, standing behind Ronald Reagan. Now a player in national politics, the NRA was awash in money from gun and ammunition manufacturers. By 2000, the NRA was one of the three most powerful lobbies in Washington. It spent more than $40 million on the 2008 election.

In 2016, donations to the NRA jumped sharply. While in 2012, it spent $9 million, and in 2014 it spent $13 million, in 2016, it spent more than $50 million on Republican candidates, including more than $30 million on Trump’s effort to win the White House. This money was vital to Trump, since many other Republican super PACs refused to back him. The NRA spent more money on Trump than any other outside group, including the leading Trump super PAC, which spent $20.3 million.

In February 2018, the top Democrat on the Senate Finance Committee, Ron Wyden (D-OR) began an investigation of the NRA, its donors, and its role in the 2016 election.

On July 15, 2018, the federal government arrested Russian national Maria Butina and charged her with “conspiracy to act as an agent of the Russian Federation within the United States without prior registration.” Butina and Russian government official Alexander Torshin began coming to the U.S. for NRA events in 2014. Butina moved to the U.S. in 2016 on a student visa, intending to gain access to the American political system through the NRA and to push U.S. policy closer to Russian interests.

Erickson promised to help Butina gain access to Republican lawmakers. When federal investigators began to monitor Butina, he came to their attention, and they discovered his businesses were designed to defraud investors. In November 2019, Erickson pleaded guilty to wire fraud and money laundering in an unrelated case. Last month, he was sentenced to seven years in federal prison.

But when their NRA scheme was still intact, Butina and Torshin attended NRA annual meetings and other NRA events at the invitation of its leaders, who in turn invited the two to events like the National Prayer Breakfast, where they could meet Republican lawmakers. In turn, Butina and Torshin invited NRA leaders to Moscow, where they met with leaders who promised lucrative business opportunities with Russian oligarchs, including the opportunity to produce weapons for the Russian military. Some of the Russians they met were under sanctions from the U.S. government.

In April 2019, Butina pleaded guilty to working as a foreign agent without registering with the U.S. Department of Justice. She was sentenced to 18 months in prison, a sentence Russian President Vladimir Putin, who insisted she was being railroaded, called “arbitrary.” In September 2019, the Democrats on the U.S. Senate Committee on Finance outlined the work of Butina and Torshin in the U.S., and called the NRA “a foreign asset.”

Butina served 15 months in the Tallahassee Federal Correction Institution before being deported to Moscow. Reporters from RT, the state-sponsored Russian media outlet, traveled on the plane with her. Supporters greeted her at the Moscow airport with flowers and cheers, giving her a hero’s welcome. Once back in Moscow, she said she had been pressured to plead guilty to a crime, but all she was doing was “hosting friendship dinners.” Maria Zakharova, a spokeswoman for Russia’s Foreign Ministry, told ABC News: “the only thing she was doing was supporting bilateral relationship and friendship between peoples. … She did nothing wrong, absolutely nothing wrong.”

There is at least some reason to wonder if the sudden jump in NRA donations in 2016 had something to do with the Russian oligarchs who were talking with its leaders. When Senator Wyden requested information about their donors, NRA leaders stated categorically they did not accept money from “foreign persons or entities in connection with United States elections,” which is illegal. But then it said it had, in fact, accepted less than $1000 from Torshin, for a membership. And then it told Wyden that it had actually taken money from 25 Russian individuals for memberships or magazine subscriptions, totaling about $2512.85.

This last letter to the senator concluded, “We believe this and our previous letters have provided enough information to address any legitimate concerns about these issues. Therefore, given the extraordinarily time-consuming and burdensome nature of your requests, we must respectfully decline to engage in this beyond the clear answers we have already provided.” Wyden noted that “the notion that all of these important oligarchs who had involvement with the N.R.A. and were close to Putin were spending money on a few magazine subscriptions doesn’t strike me as very plausible.”

The lawsuit announced this morning concerned a different kind of NRA spending. For six and a half years, NRA leaders have misspent funds, lavishing the money of the nonprofit organization on their own lifestyles. In 2015, the NRA had a surplus of almost $28 million. By 2018, it was running a $36 million deficit. This spending came to light after Republican operative Oliver North, a key player in the Iran-Contra Scandal, became president of the organization in September 2018. In April 2019, North called for an investigation into the NRA’s finances and asked LaPierre to resign. Longtime chief executive of the organization Wayne LaPierre responded that North was trying to get him out of the organization by threatening to release “damaging” information about him. North resigned.

Now New York Attorney General Letitia James has taken up the issue. She sued LaPierre. She also sued John Frazer, the organization’s general counsel; Josh Powell, a former top lieutenant of LaPierre; and Wilson Phillips, a former chief financial officer. Their trips to the Bahamas, Nieman Marcus clothing, and nights at the Four Season cost the organization $64 million over the past three years. James wants to bar all four men from running non-profits in New York in the future. “It’s clear that the NRA has been failing to carry out its stated mission for many, many years and instead has operated as a breeding ground for greed, abuse and brazen illegality,” James said. “Enough was enough. We needed to step in and dissolve this corporation.”

As James announced her lawsuit, the Washington D.C. Attorney General, Karl Racine, sued NRA Foundation, the organization’s charitable arm that teaches, for example, firearm safety, say it has been diverting funds to the NRA to pay for top official’s spending sprees.

The NRA immediately countersued, claiming James’s lawsuit was about politics, not the law, and that James is violating the First Amendment to the Constitution, which mandates that the government must not hamper free speech. Mr. LaPierre said: “This is an unconstitutional, premeditated attack aiming to dismantle and destroy the N.R.A. — the fiercest defender of America’s freedom at the ballot box for decades. We’re ready for the fight. Bring it on.”

Asked to comment, Trump said “That’s a very terrible thing that just happened. I think the NRA should move to Texas and lead a very good and beautiful life.” 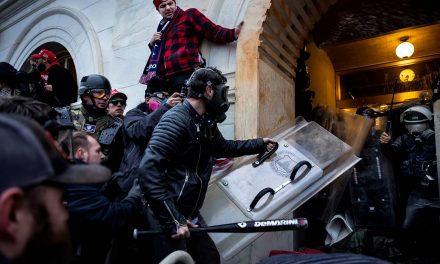 January 6 hearings: The truth may not be enough to prove democracy is still a viable form of government 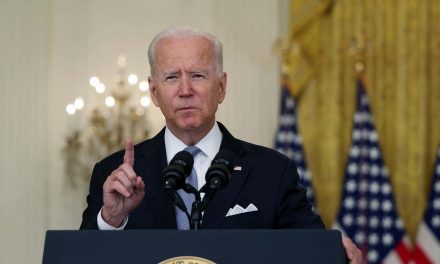 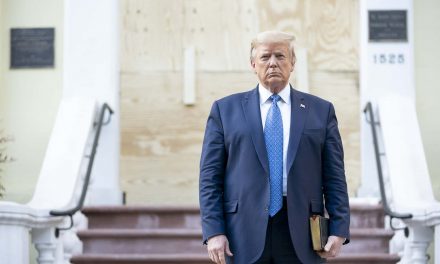 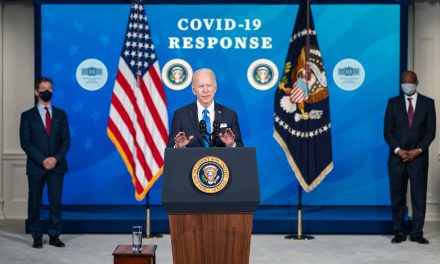