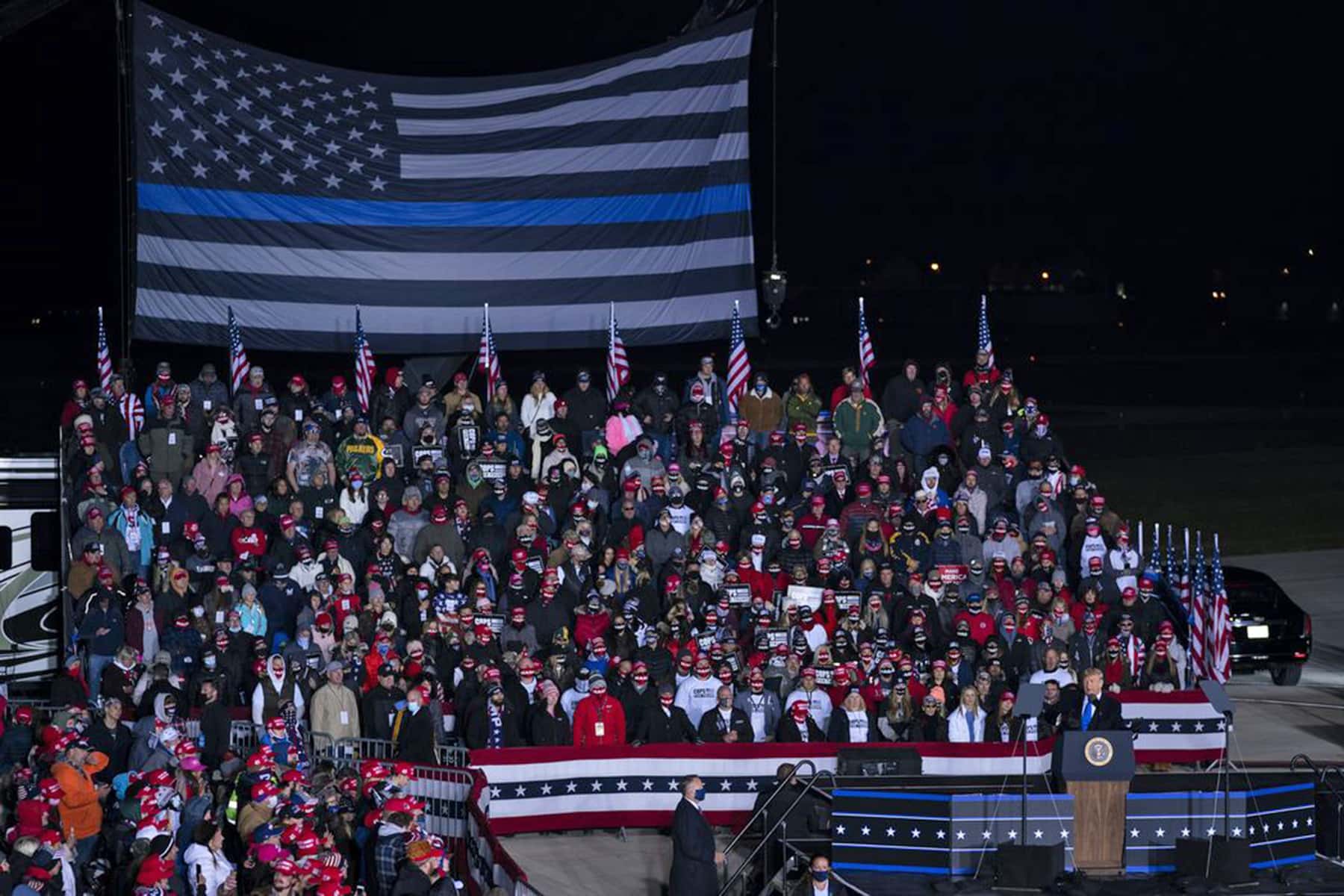 Flags matter. They are the tangible symbol of a people united for a cause. That Trump replaced the American flag with the Thin Blue Line flag as the centerpiece of his rally is a rejection of the nation itself in favor of his role as the leader of the alt-right. And it was not inadvertent: White House press secretary Kayleigh McEnany called attention to the prominence of the flag, tweeting: ‘The Thin Blue Line flag is flying HIGH at President [Trump’s] rally in Wisconsin!’ – Heather Cox Richardson

What originally began as a banner supporting law enforcement in recent years been increasingly hijacked by White Supremacist groups who use it as a Neo-Confederate flag and symbol of the anti-Black Lives Matter movement. Since the death of George Floyd it has been flown alongside the American flag at Trump rallies.

At his “superspreader” event in Waukesha on October 24, Trump’s campaign took the unprecedented step of replacing the patriotic red, white, and blue of the “Stars and Stripes.” Instead, the cold black, white, and blue was displayed as the dominant background for Trump at the event, in what critics call a visual dog whistle.

Those who fly the flag have said it stands for solidarity and professional pride within a dangerous, difficult profession and a solemn tribute to fallen police officers. But it has also been flown by white supremacists, appearing next to Confederate flags at the 2017 ‘Unite the Right’ rally in Charlottesville. As police became the focal point of a fight for racial equality in the United States, the flag returned to both mirror and amplify divisions. But how did this flag come to be so pervasive? And what does it really stand for?

In 2014, a white college student named Andrew Jacob was watching protests of police killings of Eric Garner, Michael Brown and Tamir Rice. He had seen the image of the flag on patches and stickers, he told The Marshall Project, but not an actual flag. While in high school in West Bloomfield, Michigan, he had attended a memorial service for a police officer who had been killed on the job.

Jacob is the president of Thin Blue Line USA, one of the largest online retailers devoted exclusively to sales of pro-police flags, T-shirts, neckwear and jewelry. “The flag has no association with racism, hatred, bigotry,” he said. “It’s a flag to show support for law enforcement—no politics involved.” The company officially disavowed its use in Charlottesville.

Jacob said the flag was not a direct reaction to the first Black Lives Matter protests — an idea suggested by a previous origin story in Harper’s — but he allows he may have first seen the thin blue line image after those protests spurred the circulation of pro-police imagery online. “That’s maybe why it came to my eyes,” he said.

As Jacob built the company, a “Blue Lives Matter” movement was growing in the wake of news stories of multiple officers shot to death in Baton Rouge, Louisiana; Brooklyn, New York; and Dallas, Texas. Meanwhile, Donald Trump, as a presidential candidate, called police “the force between civilization and total chaos.” Some states began passing laws to categorize physical attacks on law enforcement officers as hate crimes.

Police were not actually in greater danger than they had been before the Black Lives Matter movement. Ambush killings of police have actually declined more than 90 percent since 1970, even with the recent spikes, according to a study by Michael White, a professor of criminology at Arizona State University. White understands how the thin blue line flag has become a part of police culture, and that officers may view it as a sign of solidarity, but he also worries about the message it sends to the public.

“It fosters this ‘us versus them’ mentality,” he said. “The police and community together should work together, in order to produce safety. Each should respect the role of the other. If you’re looking at the community as a potential enemy, or a threat, that’s certainly going to hinder any positive relationship.”

The idea of a “thin blue line” can be traced all the way back to an 1854 British battle formation, a “thin red line” used during the Crimean War and then popularized in art, poetry and song. According to lawyers James Clapp and Elizabeth Thornburg, who have dug up the history behind popular phrases, the idea migrated to other professions, with other colors, from a “thin white line of bishops” to a “thin blue line of public schoolboys in blazers.”

It was occasionally used for police, they write. But that usage caught on in 1922, after New York police commissioner Richard Enright, facing criticism of his leadership, mentioned it in a public relations effort. The phrase started showing up in speeches by politicians and related news coverage from Chicago to Los Angeles.

In the 1950s, “The Thin Blue Line” was the title of a short-lived television show about the Los Angeles Police Department, masterminded by the chief, William H. Parker, who took advantage of Hollywood’s proximity to make public relations a key part of his tenure. He also opened up the department’s files to the writers of “Dragnet.”

Parker was known for unambiguous racism. He said some immigrants were “not far removed from the wild tribes of Mexico” and compared black residents participating in the 1965 Watts Riots—which stemmed in part from anger over his own department’s mistreatment—to “monkeys in a zoo.”

In his view, the police “protected Western civilization from communists, progressive politicians, minorities, anybody who agitated for something that didn’t fit his very narrow scheme,” said Alisa Kramer, who wrote a 2007 dissertation on Parker’s tenure. “There are a lot of parallels between Parker and Trump; Parker had no understanding of the complexities of poverty and racism.”

After Parker’s sudden death in 1966, the city named the police headquarters after him. The Parker Center went on to be a primary site of protests in 1992 after the acquittal of the police officers who beat Rodney King.

Parker’s tenure augured a bigger shift toward militarism in police departments, which came to buy military gear directly from the Department of Defense. Criminologists Don L. Kurtz and Alayna Colburn have analyzed the language police officers use in formal interviews, and argue that the “thin blue line” idea is an example of popular culture informing internal police culture, highlighting “the assumed differences between officers and citizens and further progresses an ‘us versus them’ mentality among officers.”

The phrase gained another boost with Errol Morris’ 1988 film “The Thin Blue Line,” in which a Dallas judge quotes a prosecutor describing what separates “the public from anarchy.” The title was ironic, if not sly, since the film depicted how law enforcement sent an innocent man to death row.

Over the years, officers around the country occasionally placed stickers of a blue line surrounded by black on their cars. After the ambush of Dallas officers in 2016, the flag became a common sight in yards and on bumper stickers around the city, along with “Back the Blue” and “Thank a Cop” signs. Mourners wore blue neckties and hair ribbons at the funeral service, but the fallen officers’ caskets were draped with American flags.

Dallas Police Sgt. Stephen Bishopp has a doctorate degree and has studied police stress, use of force and officer misconduct. The “thin blue line” symbol existed before several of his colleagues were gunned down by a sniper in July 2016, he said. To him, it symbolizes respect and understanding for the families of officers killed in the line of duty — including suicides.

“When I see that flag as a sticker on a car or flying in someone’s yard, I know that there is someone there that knows what I’m going through. They know because they are a part of the family,” Bishopp said. “I don’t really care if it bothers people or hurts their feelings to see that flag. I absolutely could care less. I am proud of what I do, the people I work with, and the ones who have died defending the rights of strangers. I will continue to fly that flag until my very last day.”

Social media allows for endless remixing, and the offerings now appear infinite. You can buy a sticker that mixes the imagery with the Disney World logo. You can buy a dog tag necklace, with Matthew 5:9 engraved on the back: “Blessed are the peacemakers, for they will be called children of God.” Law enforcement officers can buy a special edition Sig Sauer pistol covered with the flag and blue line.

But as the images have multiplied, so have the meanings. The American flag and blue line have often been blended with the image of a skull associated with the Punisher comic book hero. A Marine turned vigilante who first appeared in Marvel comics in 1974, the Punisher fought crime through extrajudicial murder and torture. “Police should not be embracing a criminal as their symbol,” the character’s creator, Gerry Conway, told Syfy Wire last year. “In a way, it’s as offensive as putting a Confederate flag on a government building.”

Although the flag’s manufacturers have tried to keep politics away from the flag, the current protests over the death of George Floyd have thrust the image into larger debates. In Cold Spring, New York, local leaders debated last week whether placing a decal of the flag on a police car would make some people afraid to ask officers for help. In Montclair, New Jersey, a police leader begged residents on a Zoom call not to view the flag as a “symbol of racism.”

“We’ve seen trucks riding around with big old versions,” said Melina Abdullah, a co-founder of the Los Angeles chapter of Black Lives Matter, about the protests in recent days. “It feels akin to a Confederate flag.” She has also noticed the flag’s image on police and other government-owned vehicles, and she sees this as evidence that even self-described liberal officials are not doing enough to combat white supremacy. “The supposed ‘liberal’ answer to Donald Trump has not been as critical of police violence as it should be,” she said.

Police officers themselves are also not speaking uniformly about the flag. Over the summer San Francisco’s chief of police, Bill Scott, banned his officers from wearing face masks emblazoned with the thin blue line flag, worrying they would be seen as “divisive and disrespectful.” The masks had been distributed by the local police union, which accused the department of failing to provide masks. “We did it as a morale booster for each other,” union president Tony Montoya said, “not as a political statement.”

Local skirmishes and letters to the editor in various states have questioned whether the thin blue line flag is a violation of the U.S. Flag Code, which specifically states: “The flag should never have placed upon it, nor any part of it, nor attached to it any mark, insignia, letter, word, figure, design, picture, or drawing of any nature.”

Despite that language, the American flag is depicted in many other ways for a number of purposes, many commercial. Still, the American Legion, which played a key role in drafting the Flag Code and is the go-to authority on proper U.S. flag etiquette, has not taken an official position yet on the black-and-white version with a blue line, a spokesman told The Marshall Project. 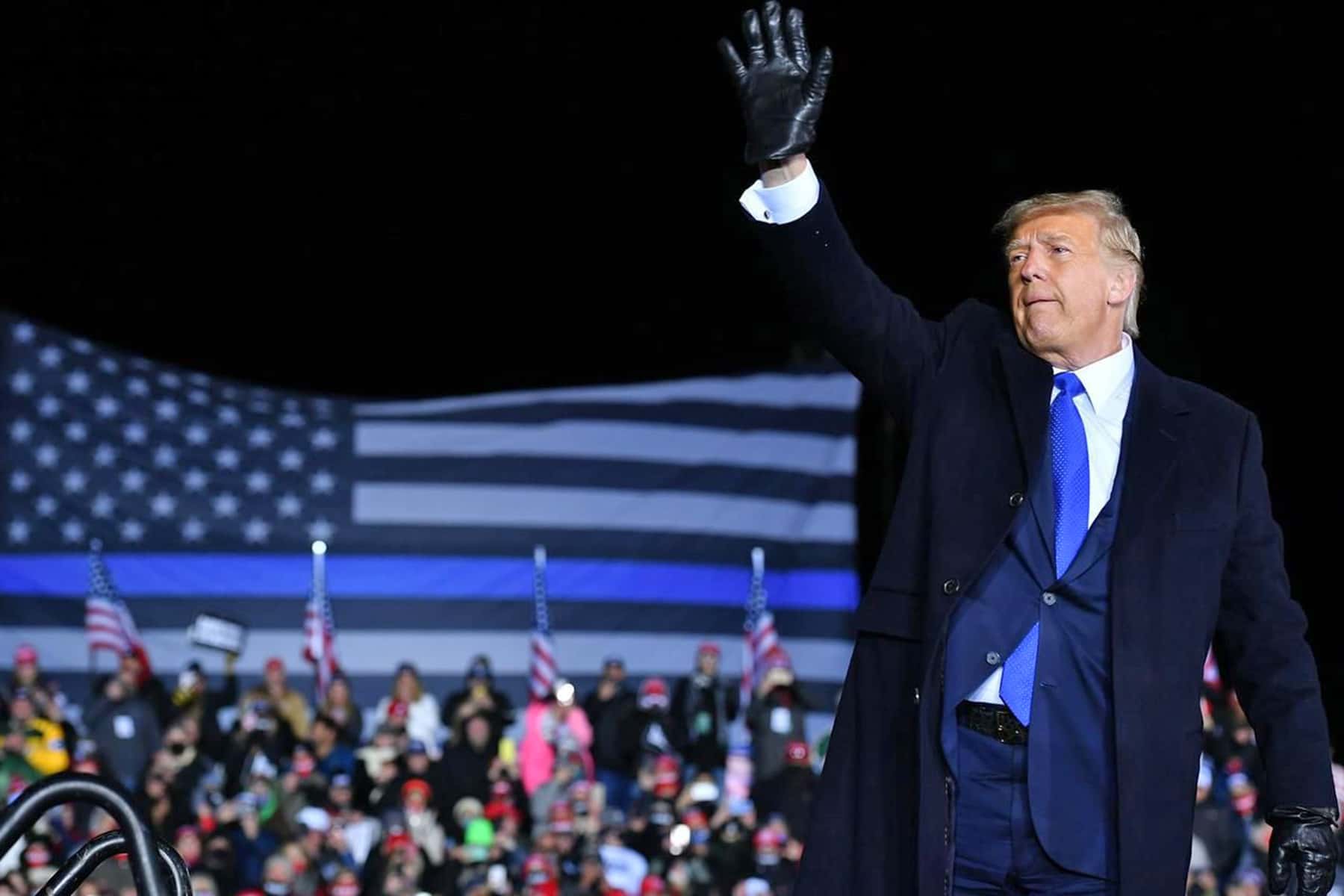 An unedited version was originally published on The Marshall Project as The Short, Fraught History of the ‘Thin Blue Line’ American Flag 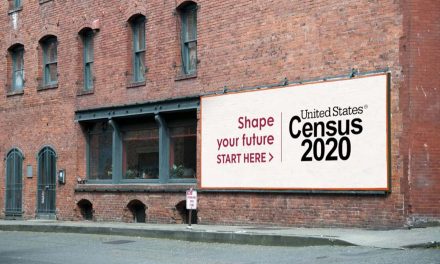 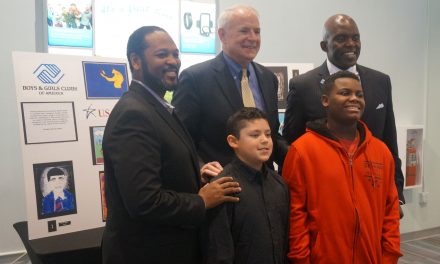 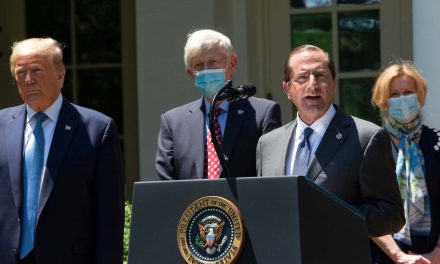 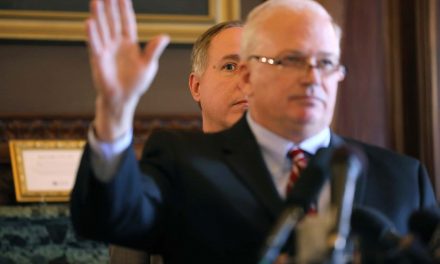