The fourth annual César E. Chávez Day celebration was held in the rotunda of City Hall on March 29, marking the birthday of the legendary civil rights activist.

César Estrada Chávez has been a historical icon for the Latino community, who passed in 1993. He continues to be a symbol for labor movements and for Hispanic empowerment, based on grass roots organizing. Milwaukee’s annual César E. Chávez Day is an example of the progress made by the local Latinx community, and the growing understanding of its contributions across people of all cultures.

“I am thrilled to again host Milwaukee’s César E. Chávez Day celebration at City Hall. Milwaukee is a city that celebrates people of all cultures, and I am proud to spotlight Mr. Chávez’s remarkable life and contributions to our history and society that still resonate today,” said Alderman José G. Pérez. “We want to commemorate César Chávez and his work, and honor someone who did so much for other people.”

Alderman Pérez also noted several efforts by the City of Milwaukee for the Hispanic community, including putting municipal IDs into the hands of 6,000 residents, and making sure the annual budget included funding for proper translation services so that people could still interact with their local government regardless of language ability.

“As I was looking at the displays in the rotunda, I saw a quote from César Chávez when he came to visit Milwaukee. He was talking to some local folks and said, ‘Most of the things that you will be eating are produced by workers who are starving,’” said Alderman Cavalier Johnson. “To me, that was very profound. César Chávez and other leaders like Martin Luther King had a passion for service, in making sure that they took care of people who had the least. That is something all of us can proud of.”

Part of the Mexican themed displays that decorated City Hall’s rotunda included a banner of migrants working in a field picking crops, symbolic of the families César Chávez struggled to help.

“If you look at the picture up there, you see people that are picking vegetables. That’s how my father started here in the United States. He immigrated from Mexico, and look where his children are at now,” said Alfonso Morales, Milwaukee’s Chief of Police. “That’s why we celebrate what this country is all about. America is built on the backs of the immigrants who come and work the jobs that are needed to keep the nation going. They do it for the next generation to come, to have better opportunities and have a better life. That’s what my parents did for me.”

Ramona Villarreal was the keynote speaker at the event, who knew and worked with César Chávez. When she was very young, Villarreal’s family traveled back and forth between Texas and the Midwest to work on farms as migrant workers. They settled in the town of Wautoma, Wisconsin in 1968, and continued to experience racial discrimination across the Midwest. That experience motivated Villarreal to become an activist for equality and justice.

Villarreal’s father was involved in labor unions that fought to get equal pay for Latinx factory workers and fair conditions for migrant farm workers. As a result, she was exposed at an early age to “la lucha” — the fight — for Latinx rights. Before becoming a teenager, Villarreal had marched with her father and other activists from Wautoma to Madison to advocate for minimum health and safety standards for migrant housing. Those demonstrations helped change Wisconsin laws.

“I was first exposed to César Chávez’s message when I was 12 years old. It was during the grapes and lettuce boycott that he started. Those workers were not getting paid enough, so what we did was we went on strike. We stood outside grocery stores and in picket lines, and I became a strong activist because of César Chávez,” said Villarreal. “And this is what you have to do if you believe in something. You have to stand for what is fair, and what is right. That’s why it is important to remember the lessons César Chávez taught us.” 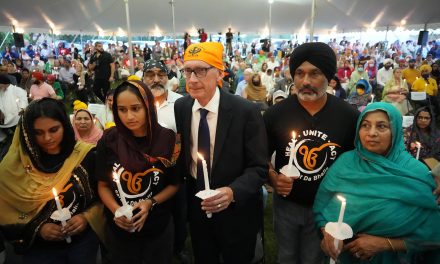 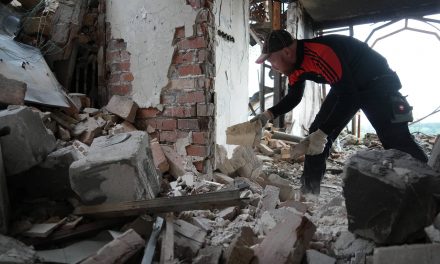 Images from Ukraine: Similar to the Alamo, martyred cities bought precious time to save a nation 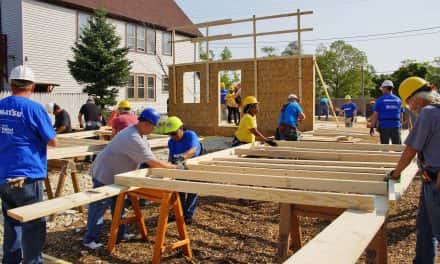 Photo Essay: Under construction with Habitat for Humanity 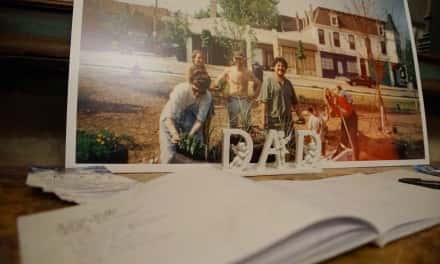